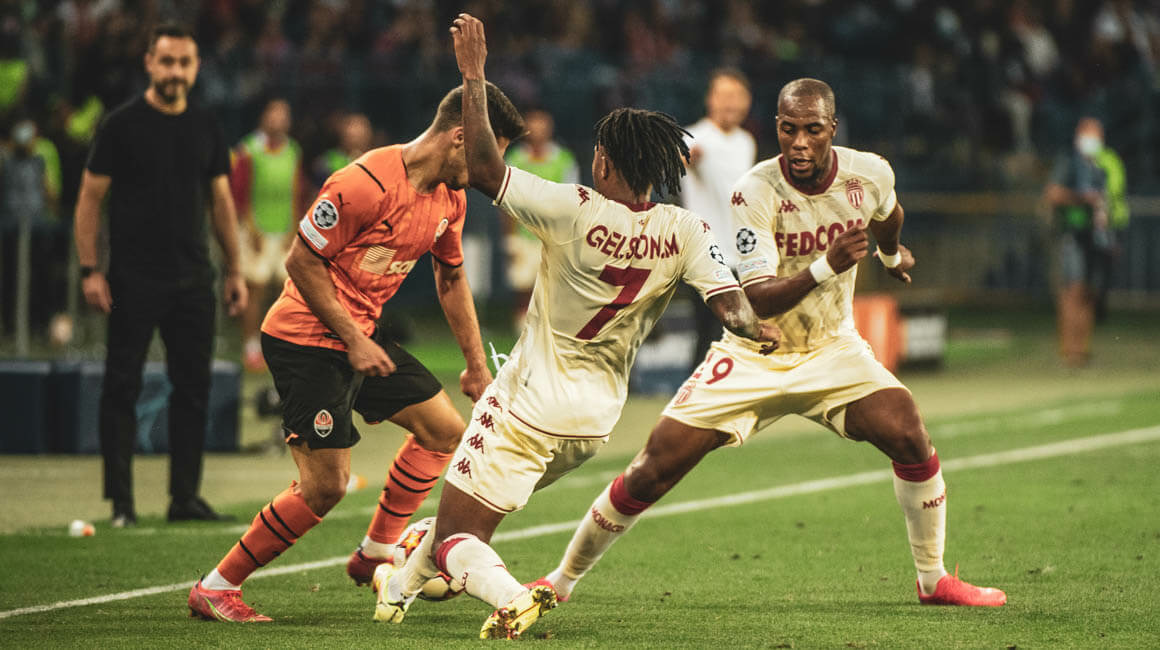 Despite 120 minutes played at a very high level, the Rouge et Blanc slipped into the Europa League after only drawing (2-2) in extra time against Shakhtar Donetsk.

With an impressive match full of intensity and aggressiveness, AS Monaco were very close to turning the tide and progressing against Shakhtar Donetsk but success on the night was just out of reach for the Rouge et Blanc, who drew 2-2 in extra time. For this match, Niko Kovac played his traditional 4-4-2 and marked the returns of Youssouf Fofana in midfield and the duo of Wissam Ben Yedder-Kevin Volland in attack. 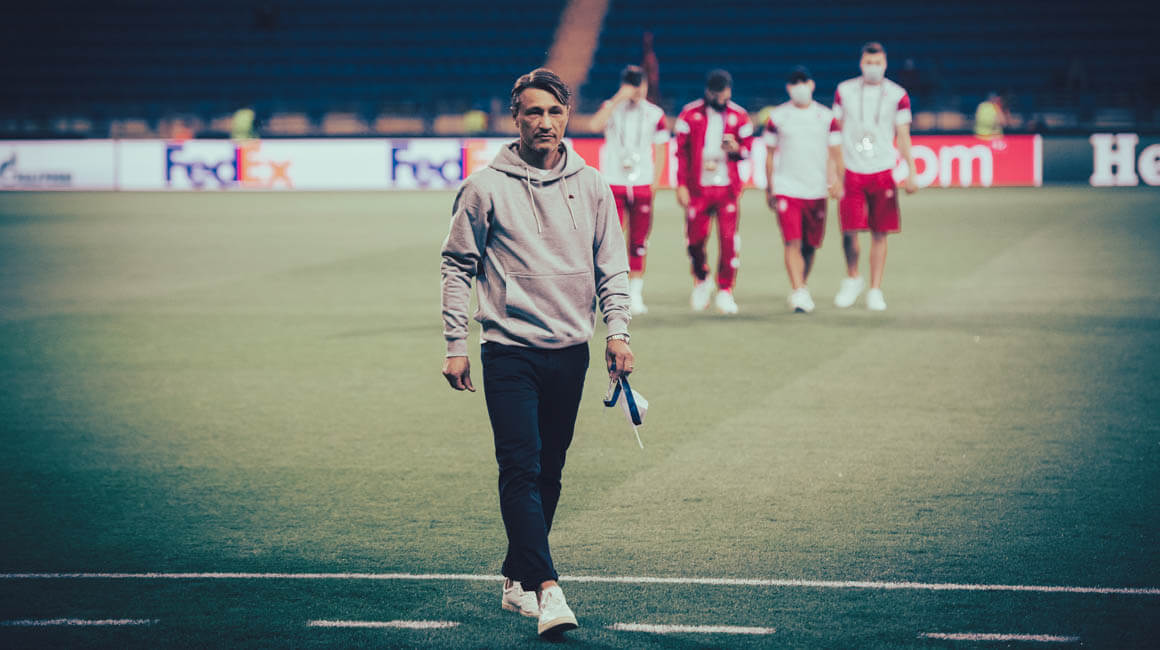 A first goal of the season for Wissam Ben Yedder

“To win this match, we will first have to be hungry in the duels and show our true colors to secure qualification,” Djibril Sidibé said at a pre-match press conference. It was a promise that would be kept from the start. Niko Kovac’s men were indeed aggressive and set up a high pressing to hinder the Ukrainian building from the back, and were quick recover the ball in their opponents’ half.

It is in this way that Wissam Ben Yedder would get the opening goal. Following a ball recovered by Benoît Badiashile 40 meters from goal, Kevin Volland fired a strike towards the near post, and when it was pushed back by Andriy Pyatov to the feet of the captain, Ben Yedder wasted no time scoring his first goal of the season (18′).

An exceptional first half

The team were very impressive through the first half (13 shots attempted) and did not relent in their pressure. Benoît Badiashile hit the post on a free kick from Aleksandr Golovin (38′), before Wissam Ben Yedder doubled the lead a minute later, latching on to a cross from Caio Henrique at the far post.

He would even come very close to scoring a hat-trick just before half-time but his well-hit ball was lobbed well wide before being denied by the Ukrainian goalkeeper in the second half (64′). 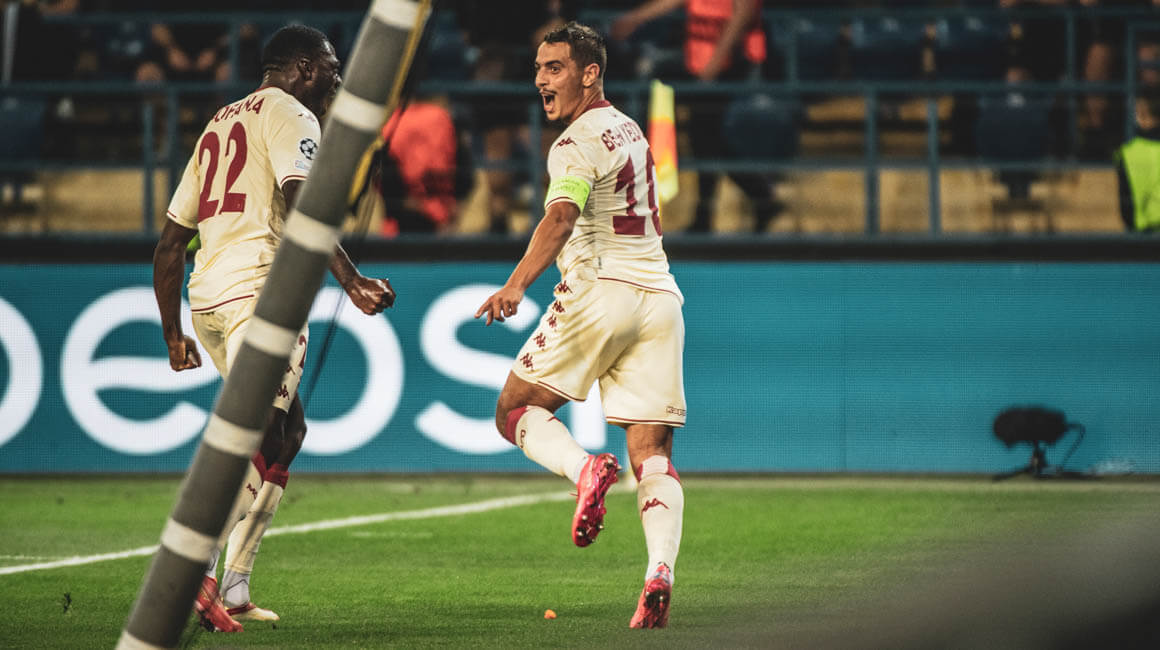 The Monegasques are taken to extra time

But it was ultimately Shakhtar Donetsk who would score, against the run of play, netting the third goal of the match through Marlos (74th), who hit an unstoppable strike past Alexander Nübel’s near post. The end of the match was played largely in favor of the Rouge et Blanc, who pushed hard for a third goal as they hoped to avoid extra time.

Sofiane Diop, who had come on would first be denied by Andriy Pyatov (82′), and then Kevin Volland’s attempt was saved as well (90′). The German was very close to having been the hero without the efforts of a very impressive Pyatov in goal.

A cruel bit of luck at the death

The two teams thus headed to extra time. It was a very balanced half hour, and one imagined the match ending on penalties. But that was without counting on a cruel twist of fate five minutes from time, when Ruben Aguilar deflected a cross past Alexander Nübel (115th).

It was an outcome that was undeserved for the Rouge et Blanc, who were superior to the Ukrainians over almost all of this double-legged tie and will now play in the Europa League. It will now be necessary to put this disappointment in the past as the team are back in action on Sunday against Troyes for Matchday 4 of Ligue 1, where they’ll hope to record their first win of the season.