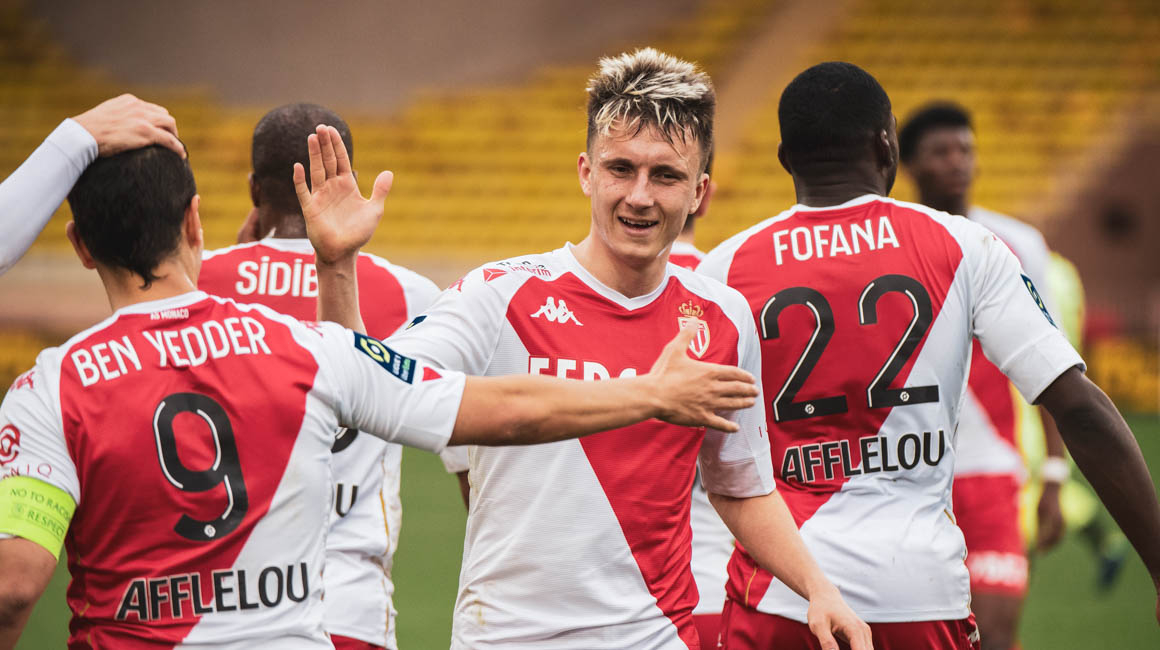 By winning Sunday at the Stade Louis-II against Dijon (3-0), the Rouge et Blanc continued their incredible form in 2021, making AS Monaco the best team during this period. Here's some of the key stats that have driven this run.

And now it’s twelve! By winning their clash against Dijon at the Stade Louis-II this Sunday (3-0), AS Monaco went for a twelfth league victory in 2021, more than any other team. These excellent results now give them the perfect platform for a thrilling run-in in the race for Europe and the podium. And it’s not for nothing, for if a European place already seems assured as the team are 13 points ahead of Lens in fifth, plenty of work remains to be done for a place in the Top 3.

A battle to stay third

Although the teammates of Wissam Ben Yedder, MVP against DFCO, have been third for the last two matchdays, since their win against Metz (4-0), their lead remains slender over Lyon, who sit fourth and are just one point behind.

Ahead of the match against Girondins de Bordeaux next Sunday and a week which sees the team play three games including a quarterfinal of the Coupe de France against Lyon, we take a look back at some of the key figures of 2021 for the Club. 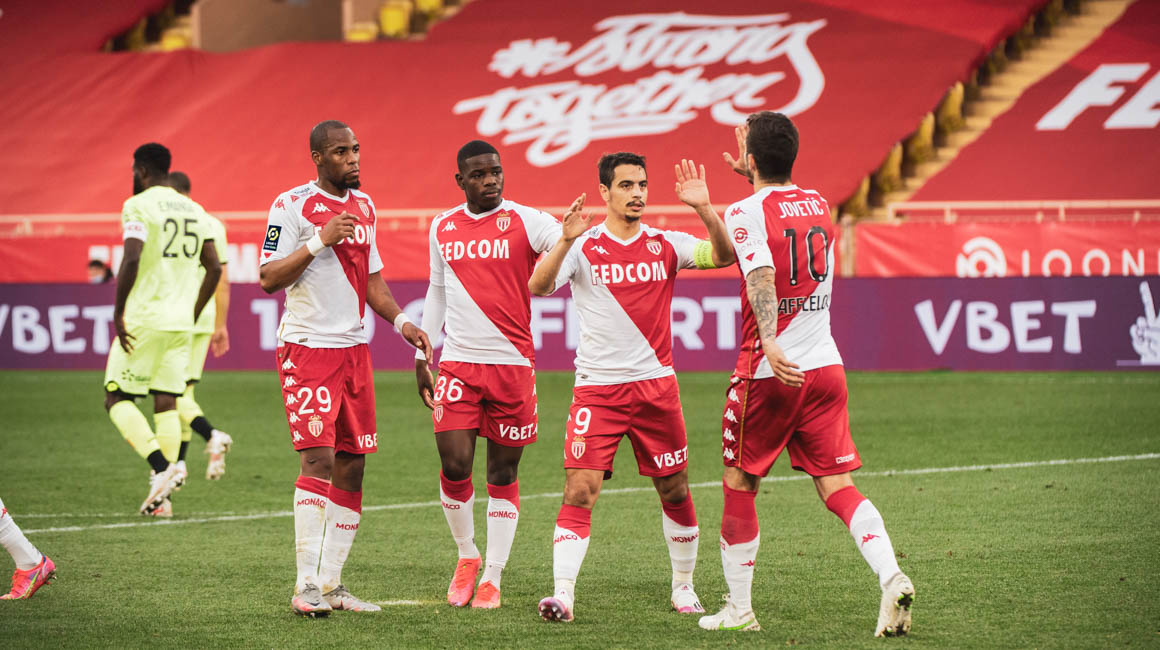 The Rouge et Blanc have scored 39 goals in the 15 league games they’ve played in 2021. That’s at least 7 more goals than any other team in Ligue 1.

Wissam Ben Yedder is the league’s top scorer in 2021

Of the 39 Monegasque goals scored, more than a quarter are the work of Wissam Ben Yedder. A goalscorer ten times in 2021, no other player has scored more goals in the French league during this period. The Monegasque captain is also the top scorer in the top flight off the bench, with four goals, all in his last two games.

Niko Kovac’s men have conceded just 13 goals in their 15 league games in 2021, the third best defense in the league during this period. The Monegasques are currently on a streak of four clean sheets in a row.

The Principality club and its goalkeeper, Benjamin Lecomte, recorded their sixth clean sheet in their last seven Ligue 1 matches, one more than in their first 25 games of the season (5).

This defensive solidity and fiery attack have obviously made for an excellent goal difference. Sitting on +26 in 2021, AS Monaco lead the league in this ranking, ahead of the second-placed side by 7 goals.

Aleksandr Golovin has the most assists in Ligue 1 in 2021

Back on the pitch since January, Aleksandr Golovin is on top of his game. The architect of late of the Monegasque attack, the Russian has recorded seven assists in the league this year, more than any other player during this period.

17 goals from the bench

In 2021, AS Monaco can count on an efficient and decisive bench to make the difference in the second half. Since the match against Lorient on January 6, the bench has been involved in 17 of the 39 goals scored in the league (11 goals and 6 assists). Wissam Ben Yedder is the perfect example. Left on the bench by Niko Kovac in the last two games, the France international still had plenty of time to score four goals, making him the league’s most decisive player off the bench.

The league’s best attack in 2021, the Rouge et Blanc have been making hay on the offensive end. On four occasions, they have found the net four or more times in a single match. Only Paris have managed to keep up with the frantic pace of the Monegasques, having done this four times as well.

3 wins in a row by at least three goals

In their last three games, AS Monaco have won twice by 4-0, against Saint-Etienne and Metz, and by 3-0 against Dijon, making it three consecutive wins by at least three goals. Such a series had not occurred since November 2016.