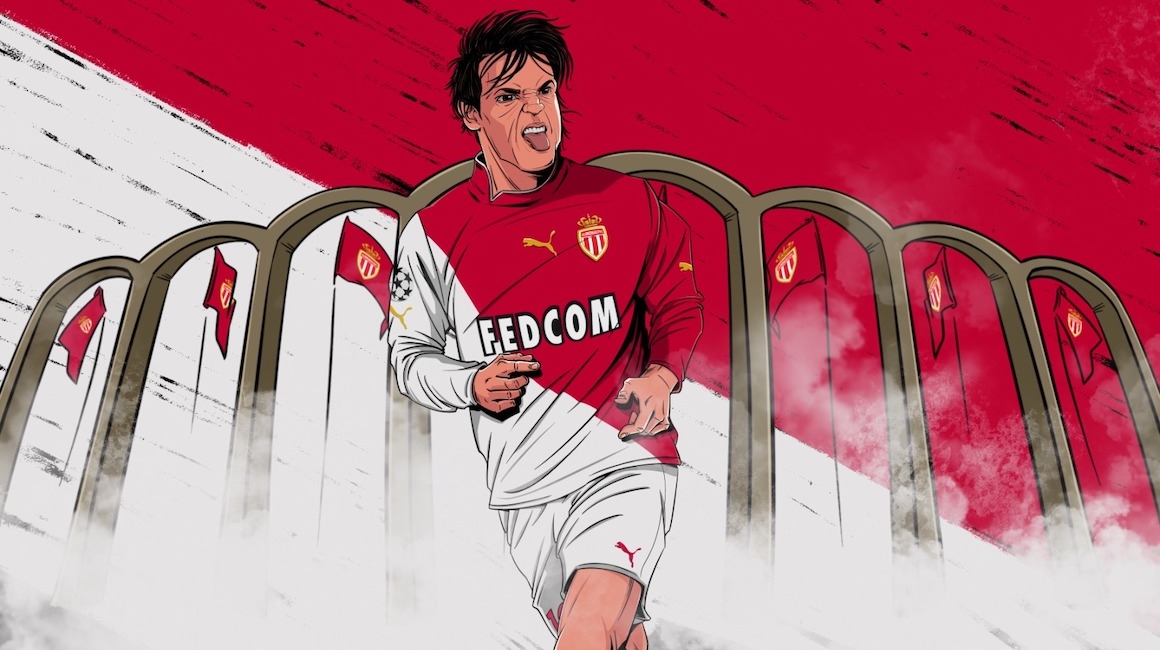 In an exceptional interview with asmonaco.com, the 2003-2004 Champions League top scorer reflected on his incredible season with AS Monaco, his affection for wearing the number 10 and much more.

In the calm of early spring, we had an appointment in Madrid for an lively and passionate interview with an AS Monaco legend. Fernando Morientes, who has kept the red and white in his heart, welcomed us to his living room, with all of the understated character that characterizes him. And when he saw the Diagonale jersey emblazoned with his name, a broad smile emerged on his face. “How cool”, said the Spanish star, who shone in the Principality while wearing the number 10 on his back, holding his famous jersey in his hands. 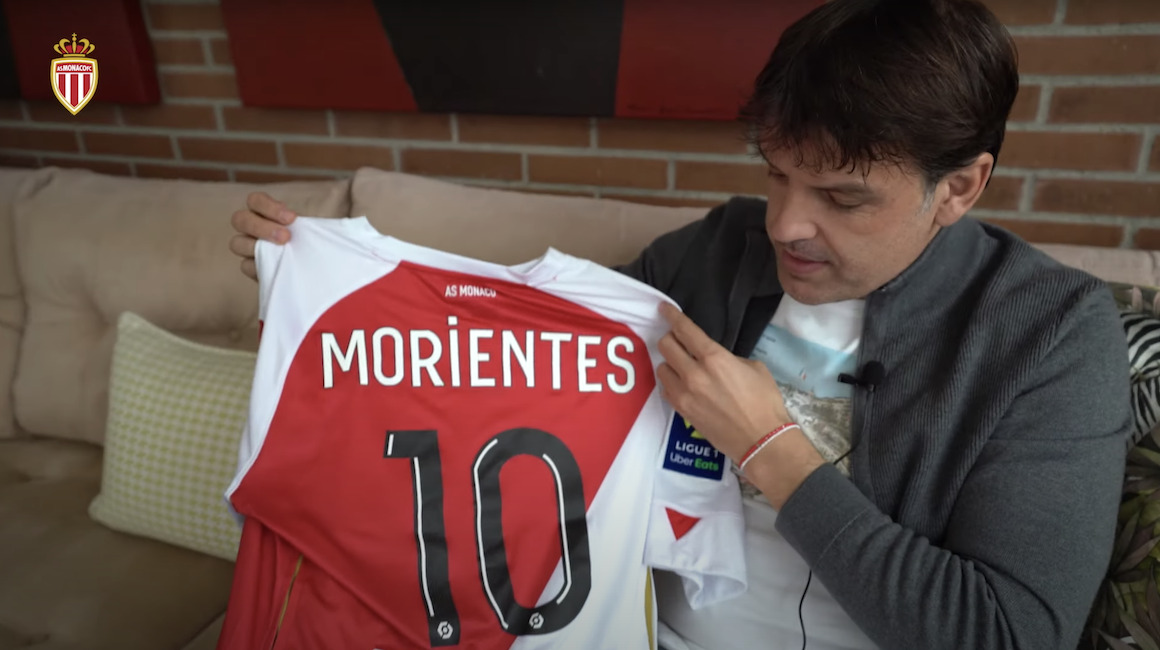 It was the summer of 2003, and the former Spain striker arrived in Monaco from Real Madrid in search of a club that would allow him to face challenges similar to those to which he had been accustomed in the Spanish capital. He was looking for playing time and wanted a club that would offer him responsibilities commensurate with his talent — Monaco was a dream destination.

“I knew it was going to be a very difficult season for me. I looked for various options across Europe, teams that would offer me conditions close to those of Real Madrid: to fight for a  league title and to be able to play in the Champions League. When the season started there was no offer that attracted me, that would give me the opportunity to do all of this. Then there was a call from AS Monaco and I thought it would be the perfect place,” remembers Fernando Morientes.

His goal against Real Madrid, a classic display against his former club

Upon his arrival, Didier Deschamps immediately let him know that he would be one of the centerpieces of the team. “I have a very precise, very palpable memory. I am reminded of it almost every year. It was a very special match for AS Monaco, for the supporters, for the Club, but for me in particular. We played against the great Real. Nobody, not even me, thought that AS Monaco could eliminate Real Madrid, “said the former Spanish international (47 caps, 27 goals), about the Champions League quarterfinal against Los Merengues.

“I was able to score a goal in the first leg, another in the second leg and those helped eliminate Real Madrid. They were one of the best teams in Europe, who many people considered the future European champions. This game was special for that. We eliminated the Galacticos… “, remembers the center forward, still amazed to have achieved such a feat.

Finding a team with the same challenges as at Real Madrid was not easy, but it was not impossible either. The romance between Fernando Morientes and AS Monaco reached its peak, of course, during the 2003-2004 Champions League campaign, one in which the striker certainly had his ambitions but not to the level that would be reached.

“We knew we could beat anyone or lose to anyone, but we didn’t set a goal. Our ambition was to take things step by step and see what we could do after the group stage. We didn’t expect to reach the final or the semifinal. But we had some incredible matches. Beyond the round of 16, I knew it would be very difficult, because the powers of Europe were awaiting us. We were a team that played well, but we weren’t well known individually or collectively, and before the match against Madrid everyone saw us as having already been eliminated.” 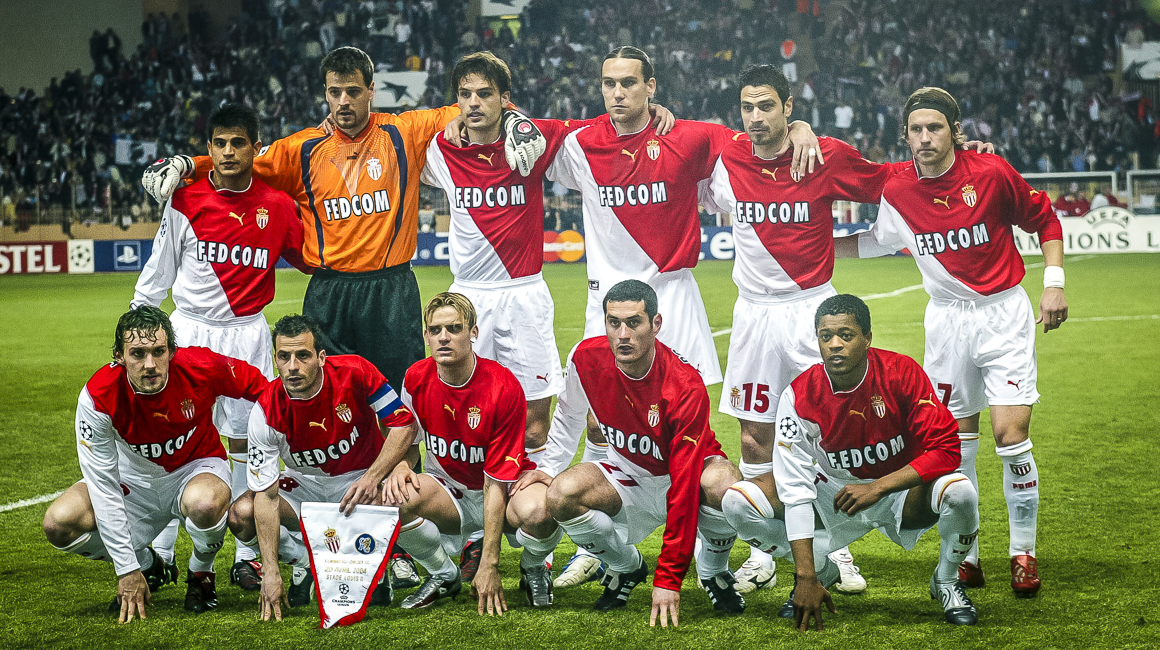 A goal against Chelsea, a special moment

During this European campaign, AS Monaco first finished as group leader, ahead of Deportivo La Coruña, PSV Eindhoven and AEK Athens. After that, the rounds followed one after the other: a round of 16 win against Lokomotiv Moscow, the quarterfinals against Real Madrid and the semifinal against Chelsea, finishing with the final, played against Porto in Germany. After his magical performance against Real Madrid, Fernando Morientes still had a few goals in reserve, including the two that led the Rouge et Blanc to the final of the Champions League.

“The most important goal, surely — I’ll never forget it — was the one I scored against Chelsea at Stanford Bridge. We were losing 2-1 and that goal gave us peace of mind because it meant they had to score three goals to eliminate us, and that was in the semifinals of the Champions League. When I scored that goal, I said to myself ‘we are in the Champions League final, Monaco is in the final of the Champions League.’ People thought they would see the likes of Madrid, Milan, Chelsea and in the end here there we were, it was a great moment, for sure,” he recalls with pride and emotion.

A number 9 becomes a number ten

Fernando Morientes had always been a classic striker, but his arrival at AS Monaco revived his career and saw him move to in a position that was totally unexpected for him. Didier Deschamps moved him from center forward to playmaker, with extended responsibilities in terms of carrying the team.

“My favorite position has always been playing as a number 9, until I arrived at AS Monaco. When I arrived, there were several numbers available, one of which was 10. Who doesn’t like wearing 10? Didier Deschamps made me feel that I could take on this number 10, and the truth is that I loved it,” recalled the striker, who is grateful to his former coach, whom he has always held in high regard. The 10 and Morientes — Morientes and the 10. A relationship that began with doubts some and of  which Didier Deschamps was the architect.

Didier Deschamps, more than a mentor

“Right from the start he showed me confidence. I thought I was just a center forward but he was slowly putting it into my head that I had to be a number 10 within the team, and not just at because of the number, but because the team needed me to take on that role. We needed some kind of connection between the midfield and the strikers and he made me realize that I had the perfect qualities, even if I didn’t believe it. He convinced me, and shaped my game that year to play in this position.”

It’s a bit of recognition therefore, to the manager who had helped Morientes relaunch his career, for providing him with the opportunity for what was an enchanted and unprecedented spell in the Principality. Admiration too perhaps, for a manager who has always won wherever  he has gone. Fernando Morientes and AS Monaco, a love that was fleeting but which continues to this day.

Find the full interview in Madrid, in Spanish, below. Or watch on our YouTube channel.