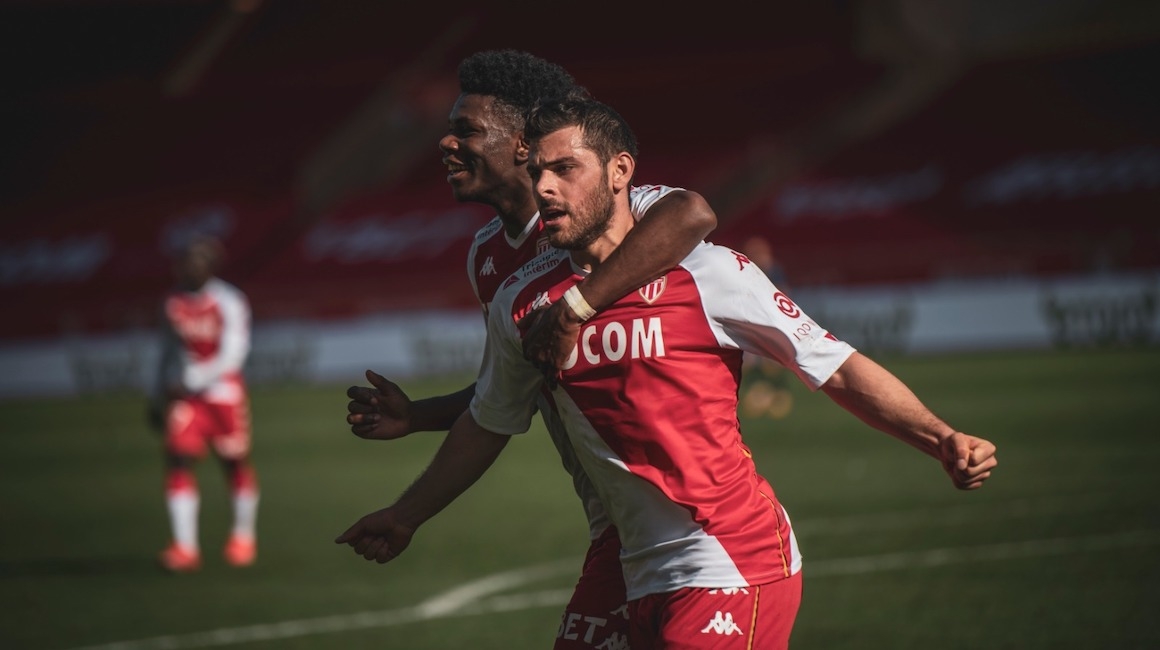 Niko Kovac's men recorded another win against Brest at the Stade Louis-II (2-0), their tenth in Ligue 1 in 2021. Stevan Jovetić and Kevin Volland guided the Rouge et Blanc to a very solid victory, scoring in the second half, to extend the team's unbeaten run.

To face Brest, Niko Kovac decided to place his trust in the same starting XI as last week against Paris (a 2-0 win). The Monegasque manager was intent on again playing a 3-4-3 with three central defenders and two wide players as wingbacks, Ruben Aguilar to the right and Caio Henrique on the left. For Brest, Olivier Dall’Oglio had to make do without Christophe Herelle. 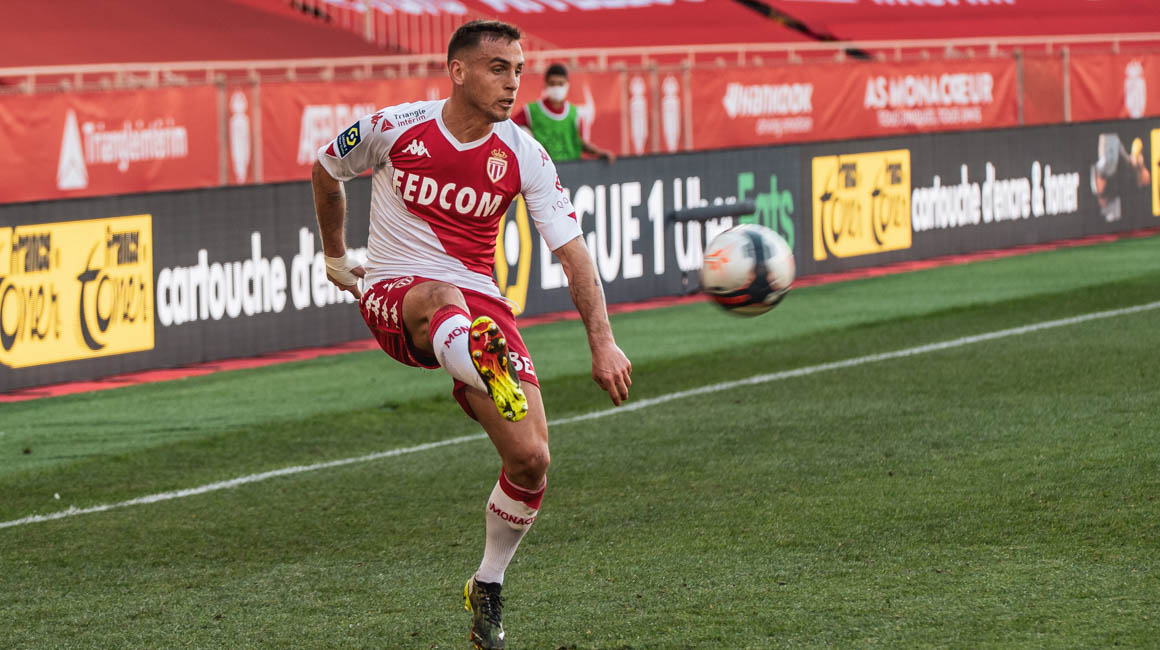 A fine first quarter of an hour

The Rouge et Blanc make a good start to the match, as they had against the Parisians last Sunday. Gautier Larsonneur was quickly called into action to deny Ruben Aguilar. The Monegasque number 26 made a nice run up the right flank and his shot forced the Brest goalkeeper into a save (5th). Once again getting forward a few minutes later, the native of Grenoble forced the Breton central defense to keep a close watch on him (11th).

Dominant in terms of possession, Caio Henrique’s teammates picked out the Brazilian on numerous occasions in order for him to deliver crosses. Half an hour into the game, the Principality club had created its biggest opportunity of the first half following a handball in the area by Romain Perraud. Wissam Ben Yedder saw his penalty stopped by Gautier Larsonneur, who dived well to the striker’s right. (28th). The two teams finished the first half goalless. 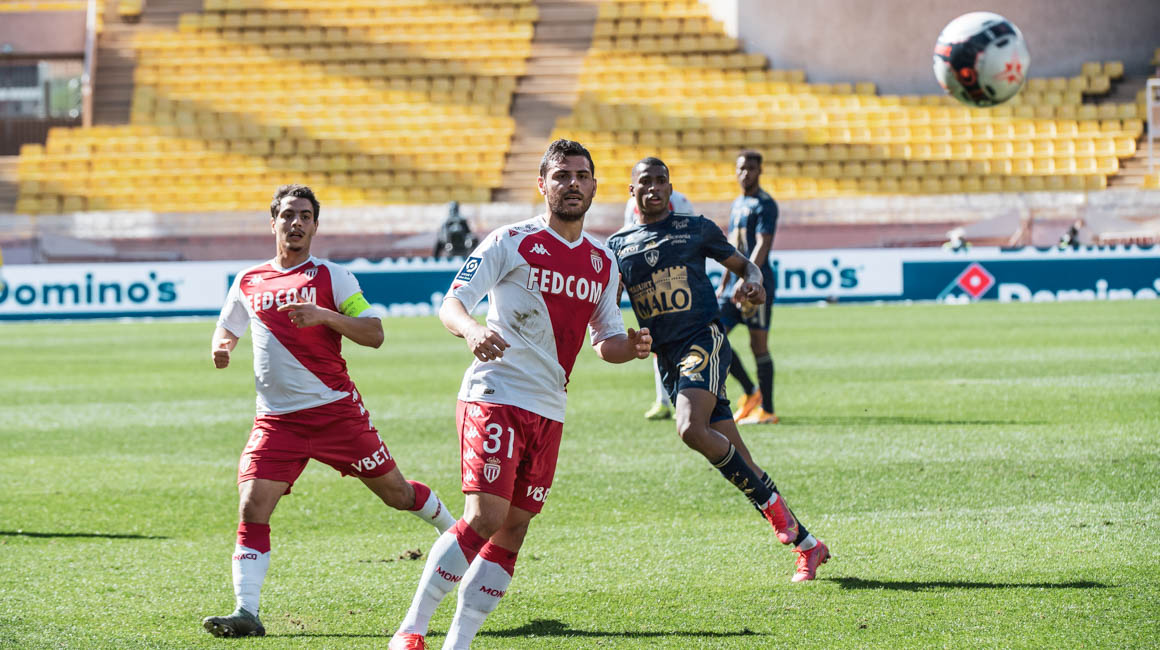 A tense start to the second half

When they came back from the locker room, the Rouge et Blanc showed themselves to be dangerous from the off, as usual. Captain Wissam Ben Yedder had the first Monegasque effort with a point blank shot but Larsonneur made a decisive save (47th). A few minutes later, it was Caio Henrique’s turn to narrowly miss, hitting the crossbar after a fine effort with his left foot (55′).

Ever-resolute, the Breton goalkeeper stood out for the umpteenth time to keep out a strike from Ruben Aguilar from six meters (58th). To change the game, Niko Kovac then made a triple change, bringing on Aleksandr Golovin, Krépin Diatta and Stevan Jovetić (59′). In the final quarter of an hour Aurélien Tchouameni failed to beat Larsonneur, who made a diving save to keep out the midfielder’s header, which was headed for the corner. (75th). 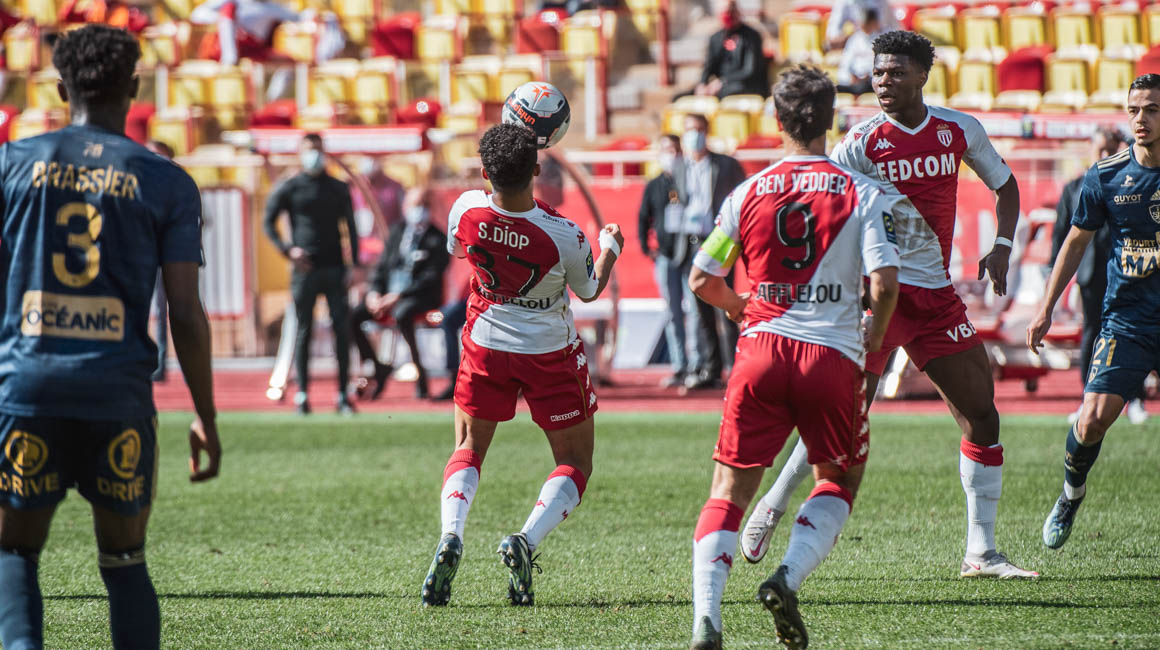 The bench is again decisive

But the difference would come, as it so often has in 2021, from the bench. Already having scored against Marseille after coming on, Stevan Jovetić finally broke the deadlock from the edge of the penalty area. On a pass from Aleksandr Golovin, the low shot from the Montenegrin striker was inch-perfect in its placement and was a just reward for the Monegasques’ efforts (1-0, 76th). At the end of the match, Kevin Volland sealed the outcome by cleverly tapping home a cross from the Russian international at the near post (2-0, 90′).

Three points were once again in hand as this latest victory allows the Monegasques to remain undefeated in 2021, with ten wins in eleven Ligue 1 matches. There’s no time to relax, however. The next AS Monaco match will take place on Wednesday against Strasbourg at the Stade de la Meinau.