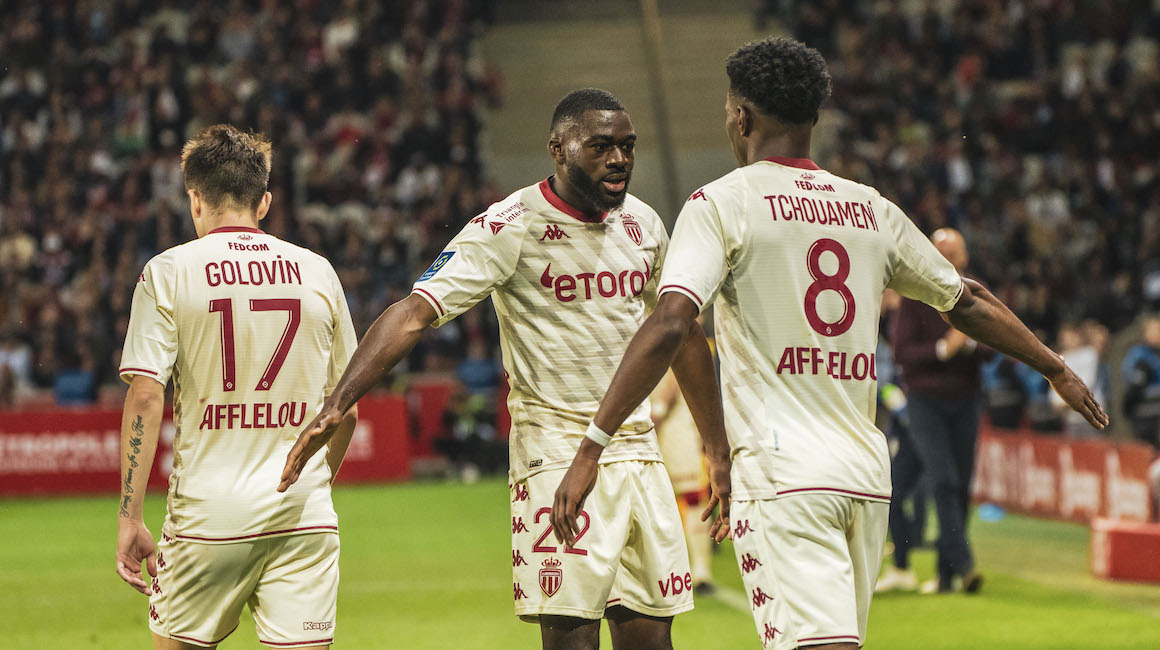 After a game largely controlled by the Rouge et Blanc, Philippe Clement and his men won their eighth straight match in a row at the Stade Pierre-Mauroy (1-2), and temporarily climbed into second place.

They did it! Already winners of their last seven Ligue 1 matches, the AS Monaco players extended their incredible run on Friday at the Stade Pierre-Mauroy, beating LOSC, 1-2. In order to seal the team’s eighth victory in a row in the top flight, the best current run in the European Big 5 leagues, Philippe Clement decided to start the same eleven that had beaten Rennes and won the Derby, with one exception, as Guillermo Maripán played alongside Benoît Badiashile in central defence. 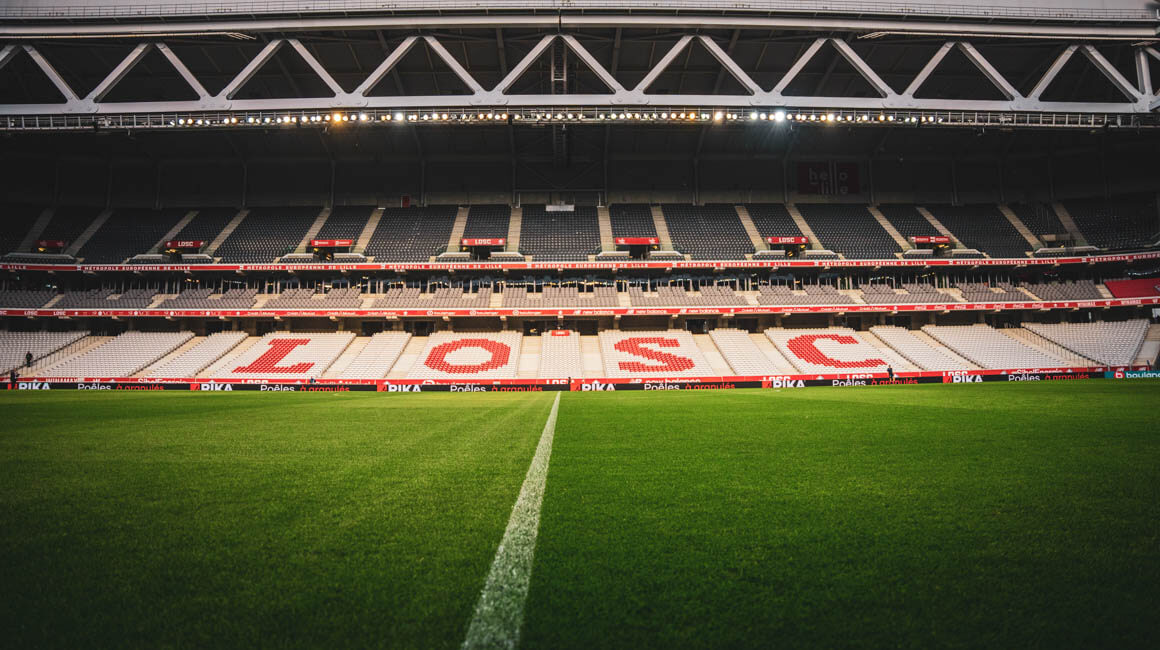 The calm before the “Tchouameni storm”!

The match started slowly, and it was not until the 7th minute that Jonathan David had the match’s first strike, albeit off target. Then, Timothy Weah forced Alexander Nübel into a diving save (12′). A header from Gabriel Gudmundsson then flashed wide of the German ‘keeper’s goal (19’). Urged on by an away support of more than 600 Monegasque fans at a sluggish Stade Pierre-Mauroy, the Rouge et Blanc tried to react.

Thank you for your support 🇲🇨

It was finally on a corner that Aurélien Tchouameni came into the match, with a header (26′). Then he tried from distance, but could not hit the target (31′). The dropped again at the end of the first half, before a direct free kick by Wissam Ben Yedder (40′) was blocked by the wall! The opener finally came just before the break, after a high recovery by Vanderson. The Monegasque captain got the ball in the final third and found Aurélien Tchouameni in behind the defence who shifted the ball onto his left foot to open the scoring (0-1, 42′)! 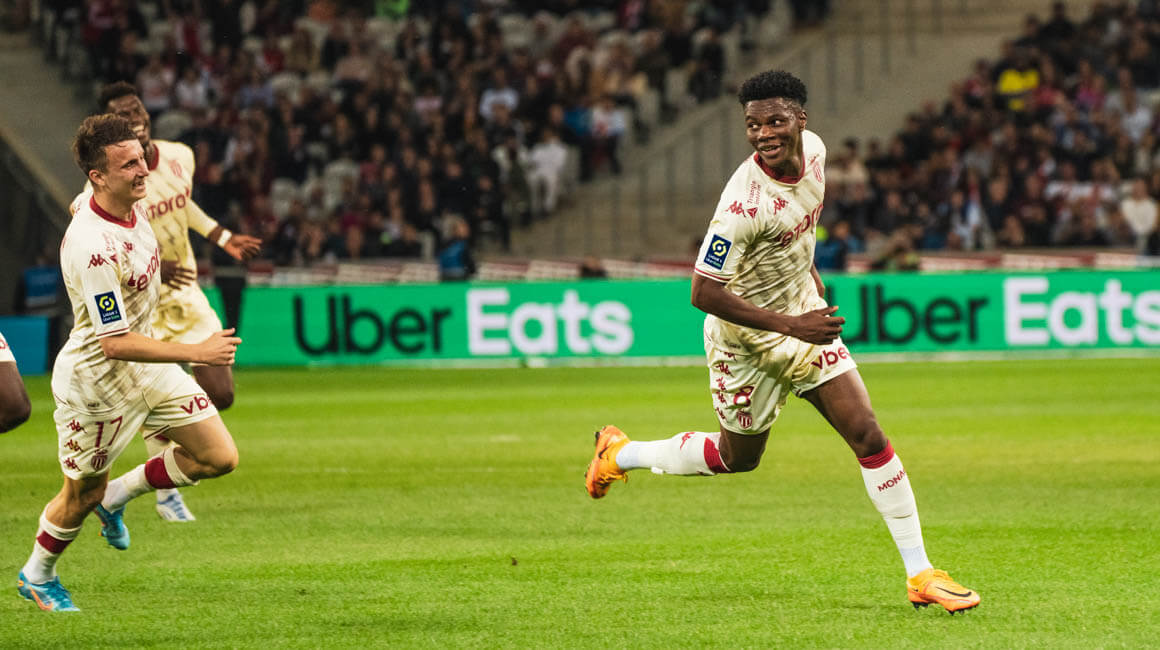 Not satisfied? Make it a double!

It was his second goal of the season, and a fifth assist for Wiss’. It was a welcome opener, even if it took a long time to come about. Coming back from the locker room, Philippe Clement’s men started very strongly with a nice shot from Aleksandr Golovin finding the side netting (46′). Then there was a good header from Benoît Badiashile, which found only the gloves of Leo Jardim (48′). LOSC responded well, though, with a deflected strike by Jonathan Bamba (50′).

Having just come on, Angel Gomes then saw his shot flash wide of the post (65′). But he did not miss an opportunity to equalize, when Jonathan Bamba found him in the AS Monaco area (1-1, 69′). Lille seemed to find a second wind, and Edon Zhegrova (71′) and then Zeki Çelik (72′) had their chances. But the desire to make an impression was too strong among the Rouge et Blanc, and Aurélien Tchouameni, him again, hit a rocket of a shot from 30 meters to restore the lead (1-2, 75′)!

It was quite a goal from the French international (8 caps, 1 goal), who was assisted by Caio Henrique (the Brazilian’s eighth this season in Ligue 1). Timothy Weah reacted for Lille, but his shot on the turn was wild (78′). Alexander Nübel then did well to deny Zhegrova on a one-on-one, (85′) and the score would not change, despite a few further attacks.

AS Monaco won with character in the North, and extended its exceptional run to eight consecutive victories in Ligue 1, unheard of since 2017! The teammates of Aurélien Tchouameni, man of the match with his double, temporarily moved up to second place, ahead of OM. It’s a victory that will have to be built on during the last match of the season at the Stade Louis-II, against Brest next Saturday (9 p.m.). DAGHE MUNEGU! 🇲🇨 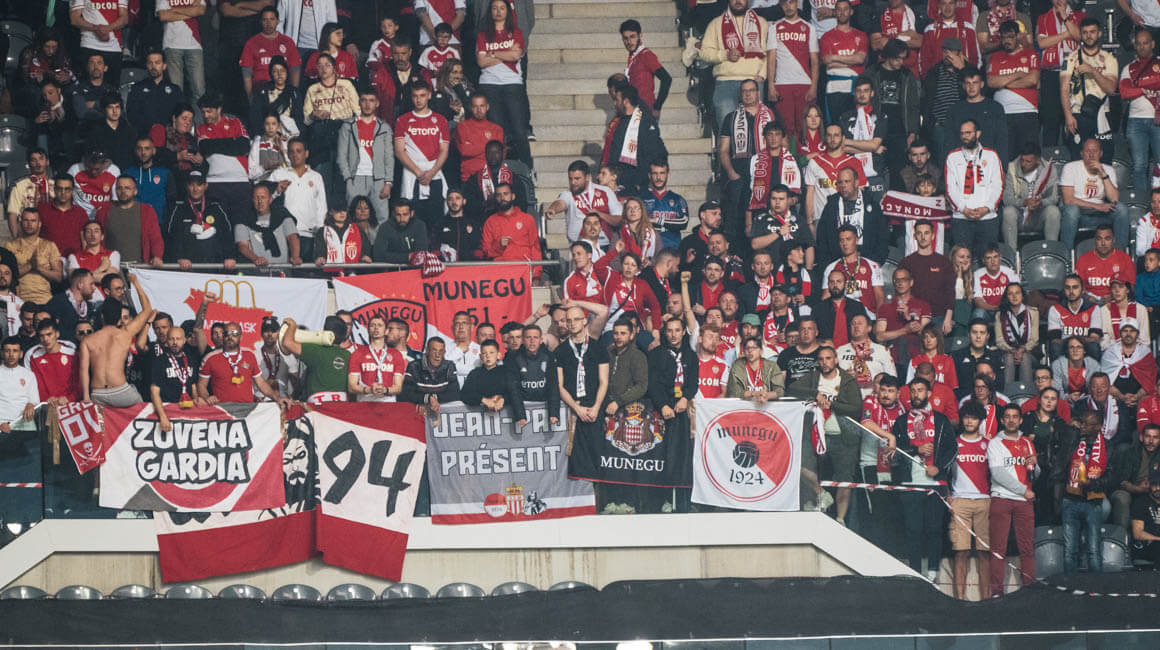