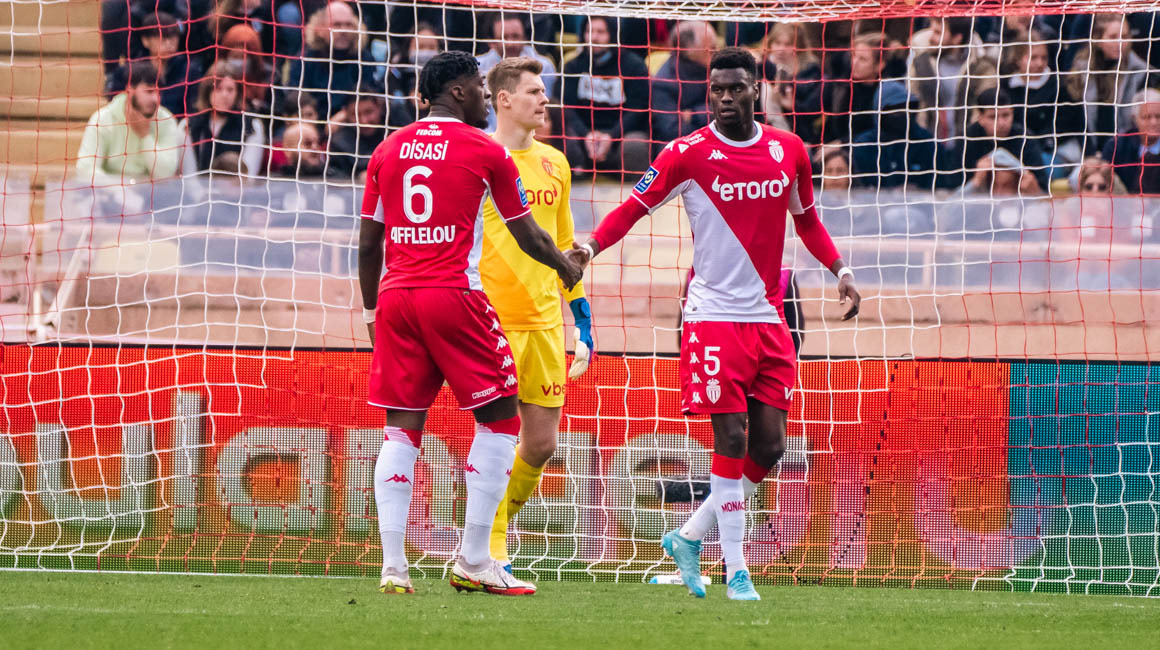 Once again solid Sunday against Angers (2-0), AS Monaco's defense has shown great solidity since the start of 2022...

It’s really become something now! With a new high-flying performance against Angers (2-0), on Sunday as part of the 35th round of Ligue 1, AS Monaco got their seventh victory in a row in Ligue 1. And if the Rouge et Blanc are strong at the moment, it is in particular because of their defensive solidity, which makes them one of the most challenging teams in the league to face. 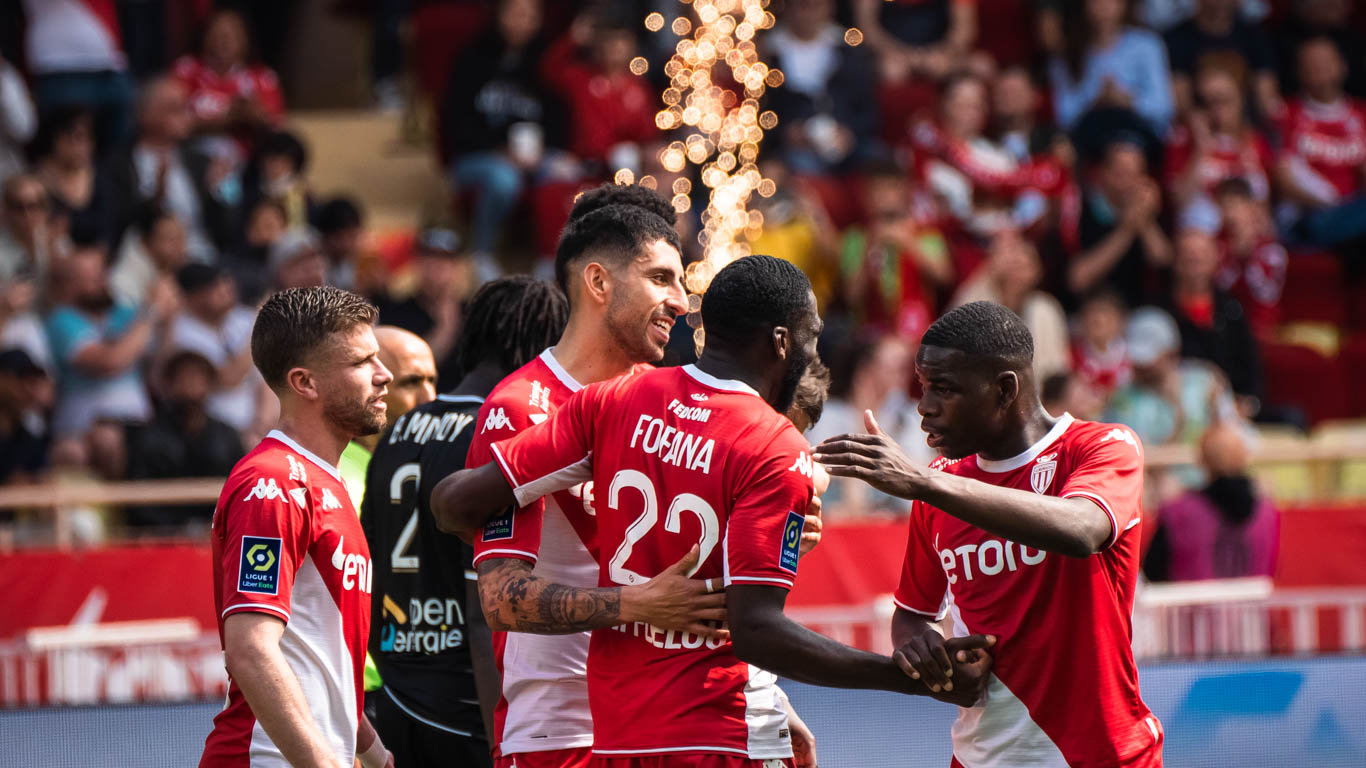 Figures that speak for themselves

If AS Monaco are currently the most in-form team in the European Big 5, with seven consecutive victories, it owes this run largely to its stout defense. With 12 goals conceded in 2022, the Monegasque team are the best in Ligue 1 this calendar year, level with Nice. They have even risen to third place among the best defenses in the championship, with 35 goals conceded, behind Le Gym (29) and PSG (34).

Stade Louis-II is not the most welcoming for opposing attackers. With recent visits from Nice (1-0) and Angers (2-0), AS Monaco are also the team that has achieved the second-most clean sheets this season at home (8) , just behind Stade Rennais (10). Only PSG (10) and Rennes (13) have conceded fewer goals at home than AS Monaco this season (14).

The Stade Louis-II is our home, with our supporters behind us. Our goal is to make more and more people want to come see us, but the supporters who are there are already fully committed in cheering on the players.
Philippe ClementManager, AS Monaco 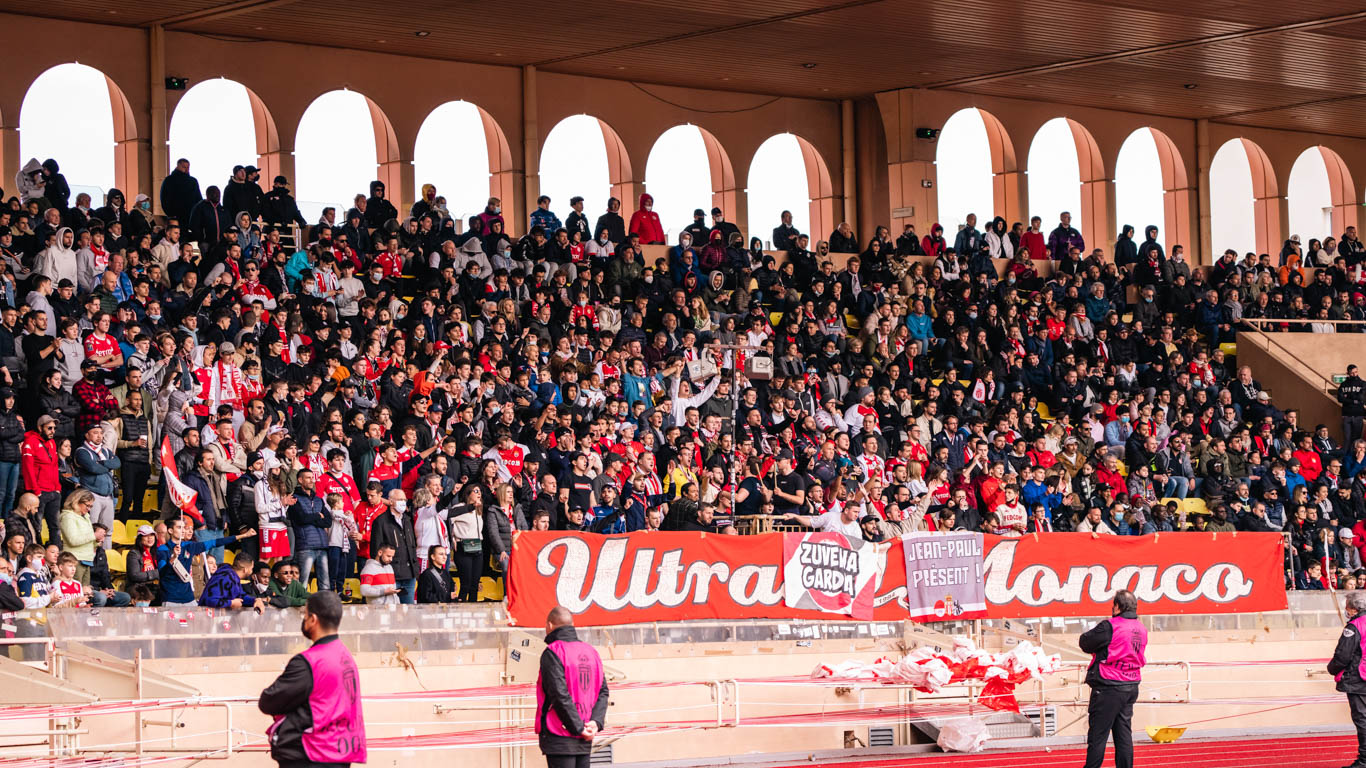 Going to get the ball from his net, Alexander Nübel obviously does not like that. That’s a good thing, as the German goalkeeper has had less and less need to do it. By keeping a clean sheet Sunday against Angers (2-0), he recorded his 8th clean sheet in Ligue 1 since the start of the calendar year, and the 11th since the start of the campaign. It’s a level of performance that places him second among the best goalkeepers in this area, tied with Matz Sels (Strasbourg) and Predrag Rajkovic (Reims), and just behind Walter Benitez (Nice). In total, our goalkeeper has completed 31.4% of his matches in Ligue 1 without conceding a goal.

In front of Alexander Nübel, the Rouge et Blanc have found a solid defensive base. Centrally, the duo of Axel Disasi and Benoît Badiashile has established itself as one of the strongest in the league. And when the vice-captain was suspended against SCO (2-0), Guillermo Maripán filled in perfectly. On the flanks, there has also been the same rise in power. On the right, whether in a duo with Vanderson, Gelson Martins or Sofiane Diop, Ruben Aguilar has proved tireless. And on the left side, Caio Henrique has retained his good balance between solidity and attacking contribution, with assists against Metz (2-1) and Saint-Etienne (4-1).

We are playing with a four-man defense and we have had time to work more on certain tactical points, in particular clearing the ball. If it's going well, it's good for the team and for me.
Axel DisasiAS Monaco vice-captain

They had already taken Ligue 1 by storm last season, and over the last several weeks they have started do the same. Since facing PSG (3-0), Aurélien Tchouameni and Youssouf Fofana have been playing masterclasses in the midfield, with an almost innate sense of complementarity. When one is “in the zone”, taking the offensive initiative and playing sharp passes or making good runs,  the second performs (brilliantly) the defensive tasks. As proof of the sparkling form of the pair, they have both been in L’Equipe’s team of the week in three of the last four rounds (two for Tchouameni, one for Fofana).

When I see that Youssouf is doing really well and that he is playing good forward passes, maybe I will step back a little more. I will play more in front of the defense, as a real number six, and let him make good passes that break the lines, and be more offensive.
Aurélien TchouameniHis partnership with Youssouf Fofana