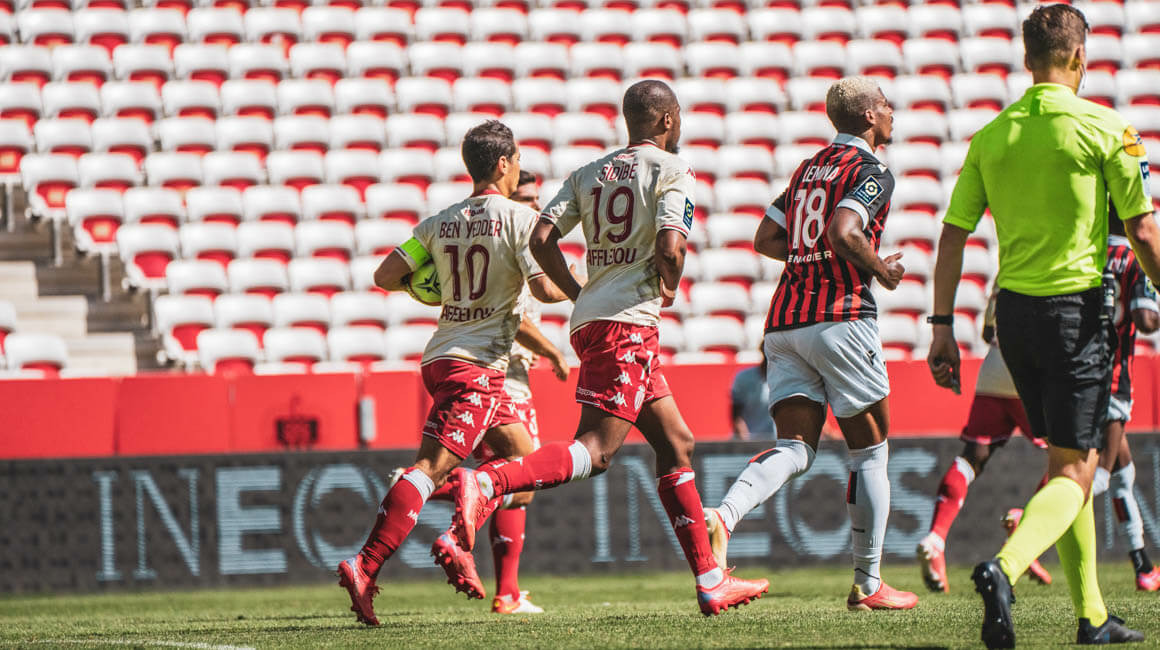 At the end of a match which included a wild second half, AS Monaco left the Allianz Riviera with a point, thanks to a conquering spirit and an impressive Wissam Ben Yedder, who scored the equalizer and helped create the opener (2-2).

A draw in the derby! After an opening victory in the Europa League against Sturm Graz on Thursday (1-0), AS Monaco split the points with their rival Nice. To start this 101st French Riviera derby in the league, Niko Kovac decided to change his starting lineup, lining up the side in a 3-4-3. The Monegasque manager decided to include all of Disasi, Maripán and Badiashile in defence for the first time this season.

It was a defence that we had seen at work against PSG at the Parc, and against Brest, Lille and Reims last season, resulting in 3 wins and a draw. Up front, captain Wissam Ben Yedder led the line, with Gelson Martins and Aleksandr Golovin on the flanks.

The first quarter of an hour was a cautious once, as Kasper Dolberg was forced off due to injury, replaced by the Nice’s new signing, Andy Delort (15′). It would be Les Aiglons’ new number 7 who would have the first shot on target of the game, which Alexander Nübel controlled without worry (23′). An immediate reaction came from AS Monaco on a free kick, with a header by Wissam Ben Yedder, well-blocked by Walter Benitez (27′). 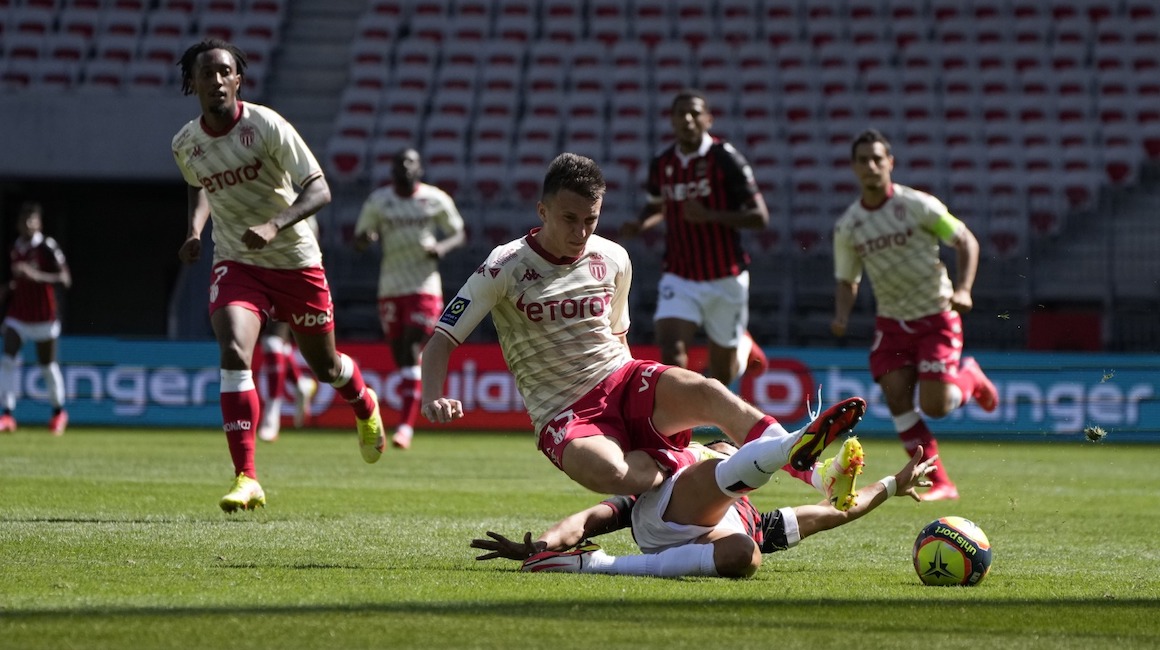 A set piece to open the scoring

It was then Aurélien Tchouameni who had a go, with a volley from the edge of the area (29′). Two minutes later, Aleksandr Golovin perfectly played in Caio Henrique who released Wissam Ben Yedder, whose shot was blocked at the last (31st). The opener was finally found by the Rouge et Blanc after a good four-man play that started from a set piece, Youssouf Fofana found the captain, who slipped the ball to Gelson Martins.

The Portuguese winger slid the ball across to his fellow winger, Aleksandr Golovin, who finished from close range at the far post (1-0, 38 ‘). It was the first goal conceded this season by Walter Benitez thanks to the “Tsar”, who had an assist against Sturm Graz in the Europa League this Thursday in a 1-0 win. The well-controlled first period ended on the same score, a one-goal lead for the Monegasques.

A challenging start to the second half

Coming back from the locker room, the Niçois were playing with a higher press, leading to Hicham Boudaoui’s low strike which drifted just wide (48′). It would be the same outcome for a curling effort by Calvin Stengs (49′), but unfortunately the third time would be the charm for Andy Delort, who victoriously finished from Amine Gouiri’s cross with a header (1-1, 51′).

AS Monaco reacted almost immediately with a powerful strike from Benoît Badiashile, following on from a free kick (58′). But Nice continued to be dangerous, such as when Amine Gouiri’s corner fell to Pablo Rosario. His attempt from close range was perfectly saved by Alexander Nübel (65′).  The Rouge et Blanc defense would wobble again, though, on a headed strike from Andy Delort, which was deflected by Axel Disasi (69′). 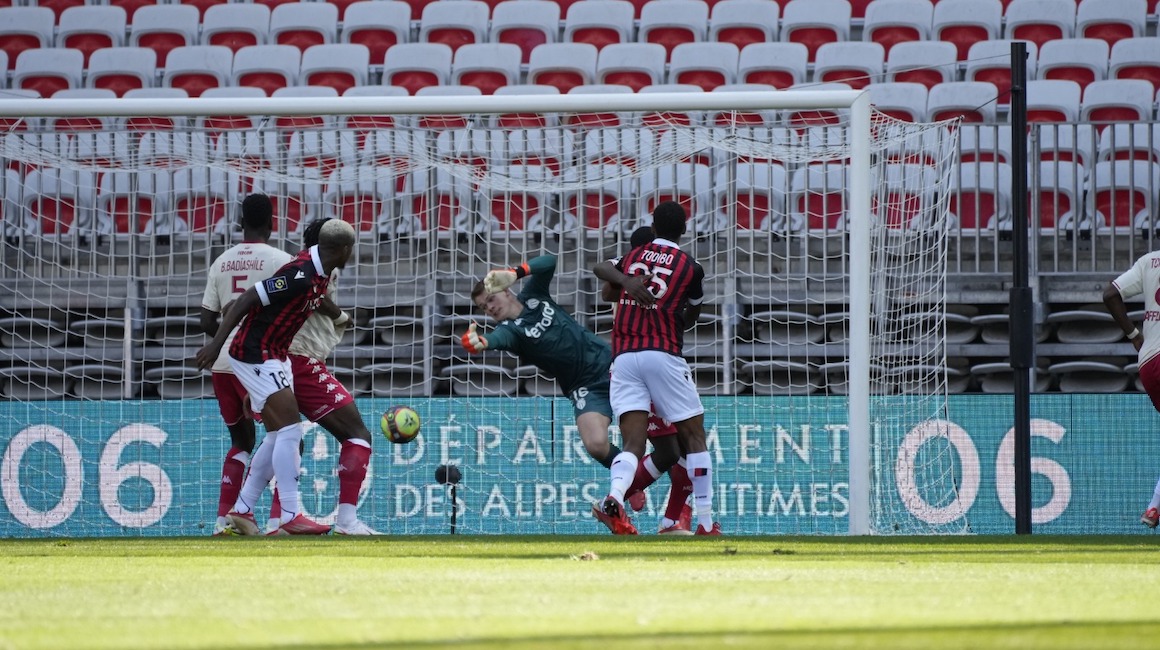 It was again Delort  again who provided the assist on a well-exected counterattack from the hosts, finished by Hicham Boudaoui at the far post (2-1, 73′). There was no time to fret, however, as Caio Henrique would draw a penalty that Wissam Ben Yedder converted superbly for his first goal in Ligue 1 this season (2-2, 77′).

It was a spectacular turn of events, and shortly thereafter Nice would have a penalty after intervention of VAR, for an involuntary handball by Benoît Badiashile. It was missed by Amine Gouiri, who dragged his shot wide (82′). The last minutes were closely fought between two sides who each wanted all three points. But despite the many changes made and seven minutes of added time in this 101st derby, the score remained level at 2-2.

AS Monaco would thus leave the Allianz Riviera with a hard-fought point, with President Dmitry Rybolovlev in attendance. The next match for Niko Kovac’s men is on Wednesday against Saint-Etienne at the Stade Louis-II (7pm). 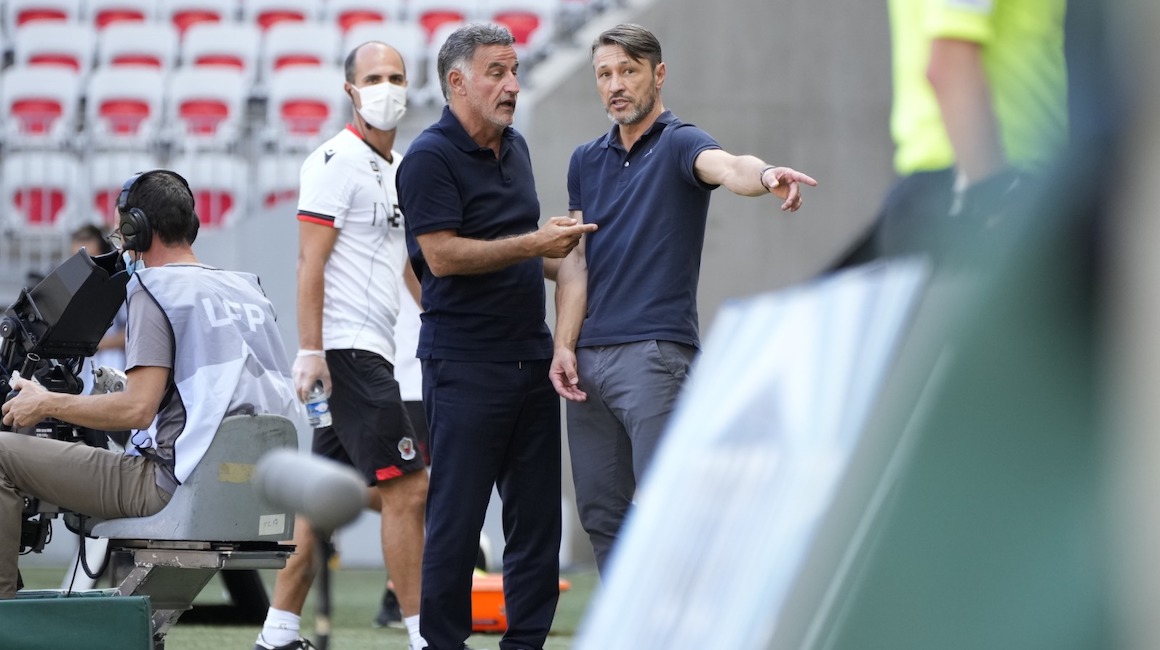