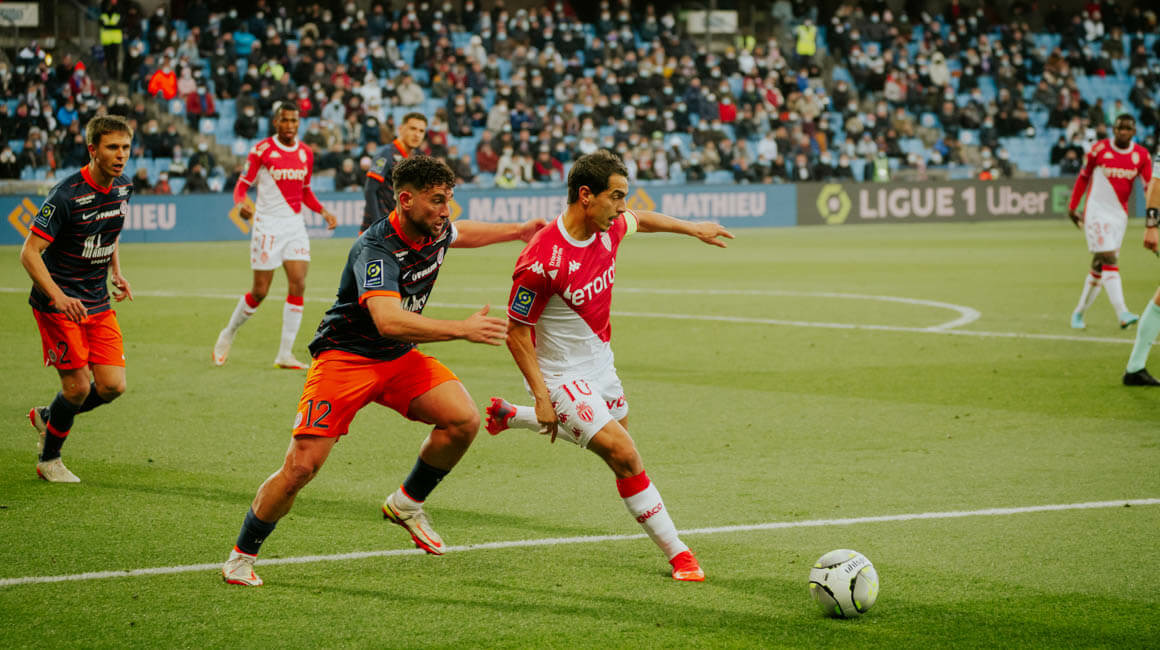 AS Monaco were away to Montpellier this Sunday on the 22nd round of Ligue 1. At the end of a wild match, the Rouge et Blanc lost in stoppage time (3-2).

Undefeated in 2022, with two wins and a draw across  all competitions, the Rouge et Blanc traveled to the Stade de La Mosson with the firm intention of keeping up their great momentum. Denied at the last moment of the services of Kevin Volland through injury, Philippe Clement opted for a 4-3-3 with Tchouameni, Matazo, and Jean Lucas in midfield, and captain Wissam Ben Yedder leading the line, with  Gelson Martins and Sofiane Diop on the wings.

Facing another top team, who were only two points behind them  at kick-off, the Monegasques started this match with plenty of attacking intent, which resulted in a first shot on target by Jean Lucas (5′) and a dangerous cross from Caio Henrique (8′). The locals hosts responded with counter-attacks and found the opening goal with shot across goal by Elye Wahi, unmarked at the far post (1-0, 13′). 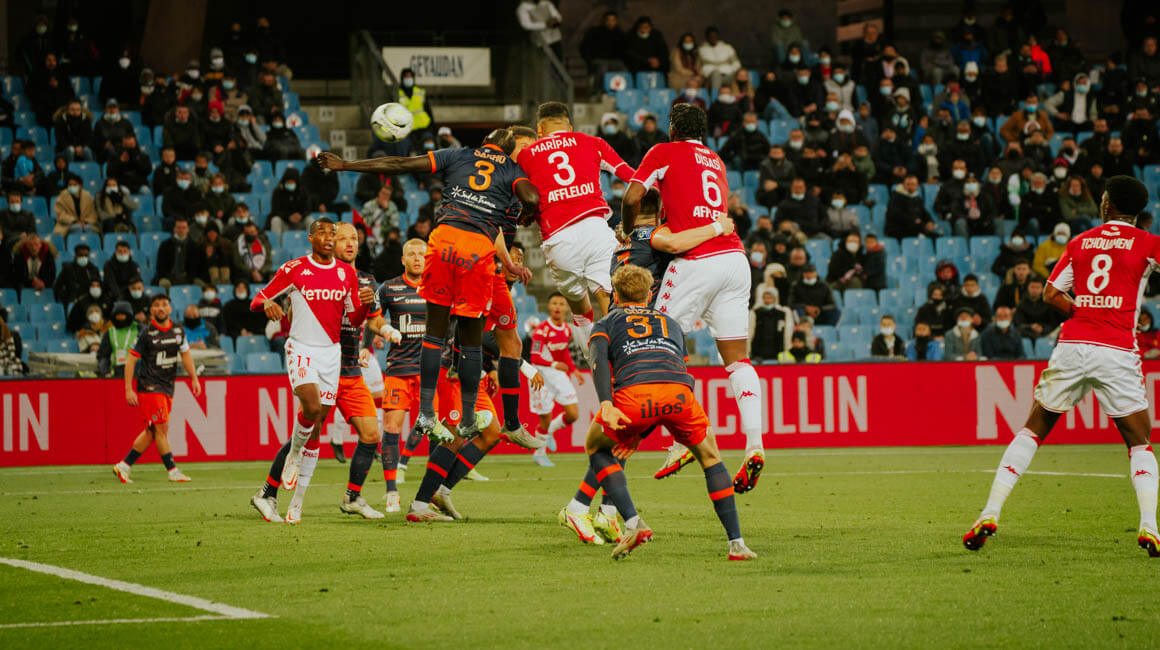 This opening goal did not, however, change the character of the game, with AS Monaco dominating possession and MHSC playing on the counter… and scoring again, from Stephy Mavidi (2-0, 32′). Except in this instance, Wissam Ben Yedder and his teammates reacted immediately. Indeed, it was the captain himself, following a fine pass from Aurélien Tchouameni, who reduced the hosts’ lead (2-1, 34).

It was the 13th goal of the season for Ligue 1’s top scorer. It also was marked a response for his team, who then came close to equalizing on a strike by Eliot Matazo which forced Jonas Omlin into a superb save (36′), or on a powerful shot from a tight angle from Gelson Martins (45′). Despite AS Monaco’s best efforts, though, the hosts returned to the locker room a goal to the good.

A night of firsts for Vanderson and Tiago Ribeiro

After a very intense first half, the second started unevenly. Philippe Clement’s men were still dominatin possession (more than 60%) but the Héraultais’ low block proved resistant. Alexander Nübel even saved his team, denying a close range effort from Elye Wahi (58′). The next chance, though, would fall to the Monegasques, but Jonas Omlin kept out Sofiane Diop’s effort which was heading for the bottom corner (59′).

Despite this setback, AS Monaco would end up getting a second past the Hérault side’s goalkeeper. On a ball recovered by Ruben Aguilar, Vanderson tried a volley with his left foot on the turn and equalized (2-2, 81′)! It was an impressive goal, and a first in the top flight for the Brazilian since his arrival on the Rock at the beginning of January, which then allowed his team to level the score.

A chance to rebound against Lens and Lyon

Unfortunately, despite a completely wild end to the match marked by an incredible double save by Alexander Nübel (88′) and a first professional appearance for academy product Tiago Ribeiro (89′), it was Montpellier who would decide the outcome following a powerful shot by Stephy Mavididi (3-2, 90′ + 1) and handed Monaco their first defeat of 2022.

For their next match in the league, the Monegasques will host Olympique Lyonnais in the biggest match of the 23rd matchday, Saturday February 5 (9 p.m.) at the Stade Louis-II. But before that there will be another big match, in the round of 16 of the Coupe de France, next Sunday in Lens (9 p.m.). 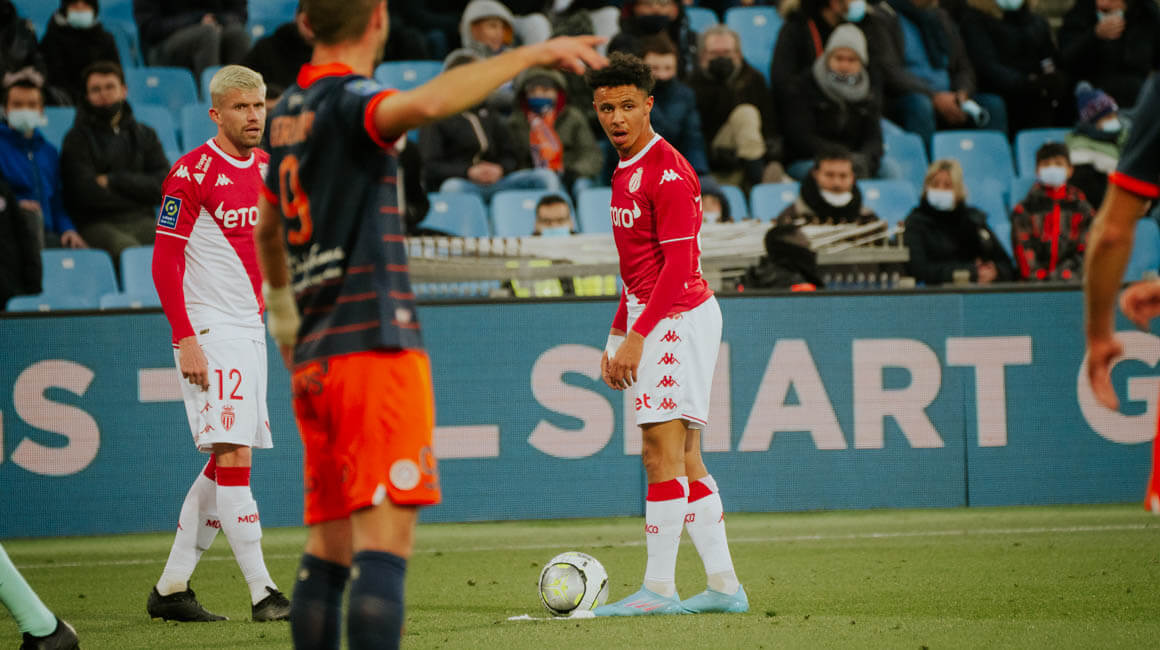