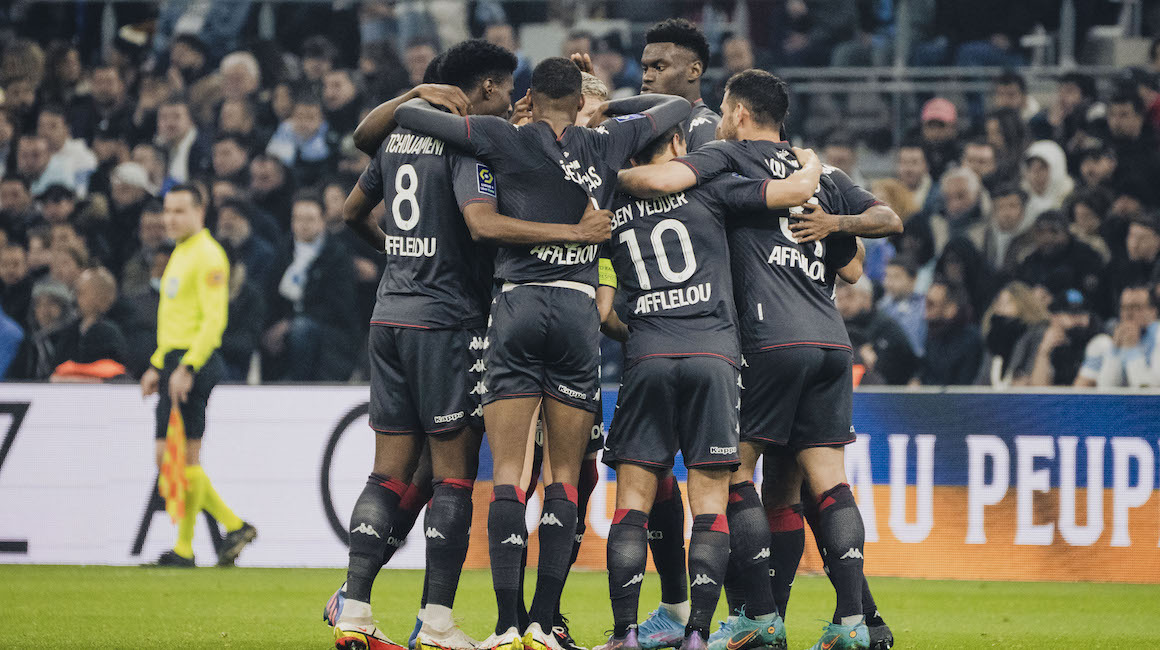 AS Monaco traveled to Marseille this Sunday evening to finish Matchday 27 in Ligue 1. It was a match that ended a major success for the Rouge et Blanc (1-0), who moved to within six points of their opponent on the evening.

For the first time in Ligue 1 since the 2016-2017 season, AS Monaco have won at the Vélodrome! For this big match against OM, Philippe Clement decided to deploy his side in a 4-4-2, with a return to the central defense for Benoît Badiashile, who has not appeared since his injury in Nantes on January 9, and Jean Lucas, who was suspended in the week for the Coupe de France semifinal, playing on the right side of midfield. 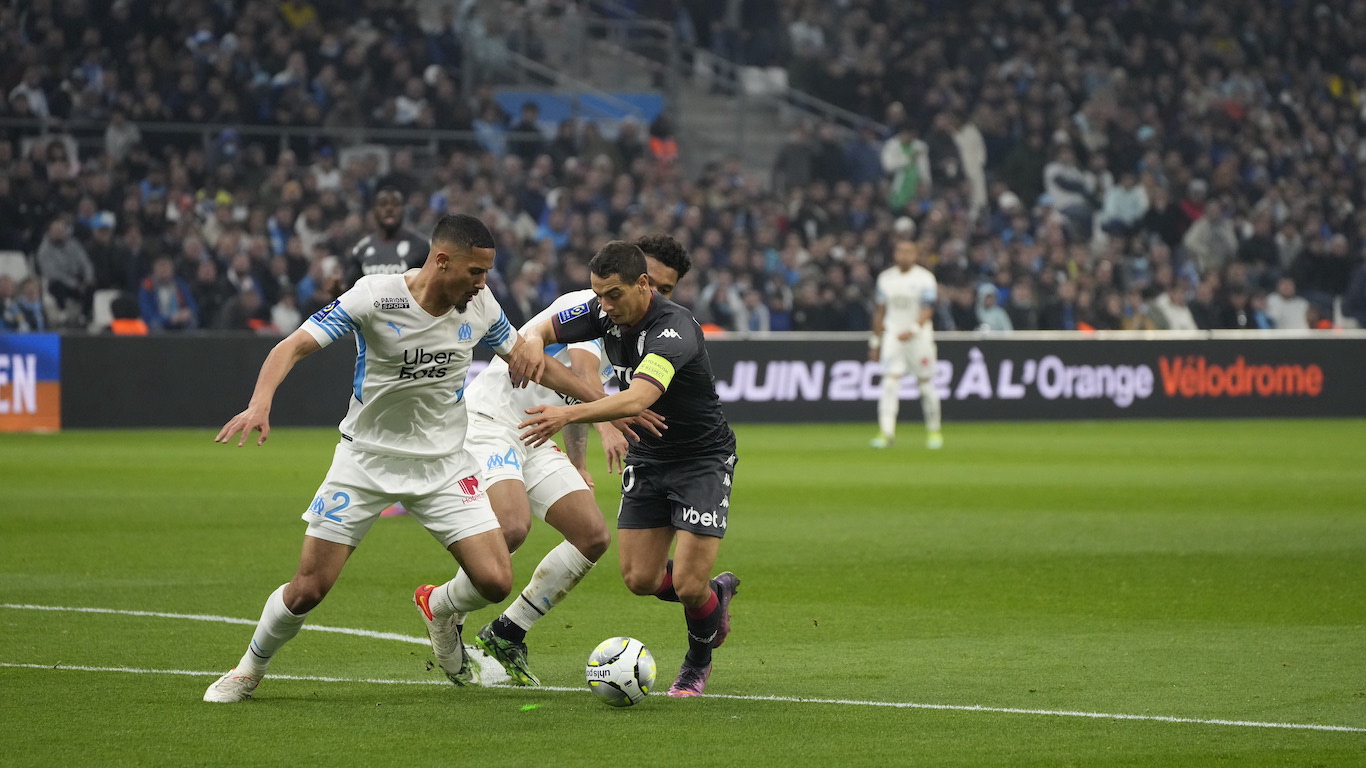 The first quarter of an hour was quite closely fought, as the hosts kept possession without really being dangerous, as Milik could not find the target with his attempt (9′) and a strike from Guendouzi lacked the power to trouble Alexander Nübel (14′). The German goalkeeper, however, would have to work to keep out a shot from the left by Rongier (21′) and Benoît Badiashile made a great block ahead of Bakambu (33′) to keep the match scoreless at the break.

After a first half during which they endeavored to remain very compact, the Rouge et Blanc attacked the second half in a more enterprisign way, pressing higher up the pitch. Their efforts were rewarded just before the hour mark, when Gelson Martins, quick to the ball after a shot off the post from Kevin Volland, opened the scoring (0-1, 58′).

The German striker was then close to being decisive himself a few minutes later, but his cross was a little too overhit for Wissam Ben Yedder to reach (61′). This did not prevent Philippe Clement’s men from continuing to worry the Olympiens’ defense, without, however, managing to double the lead. It  was not matter, whowever, because it was a victory come full time, a result that allows AS Monaco to move within six points of third place, currently occupied by their evening’s opponent!

The next match for the Rouge et Blanc will also be a big one, and this time of the European sort, as they will travel to Braga on Thursday (9 p.m.) in the round of 16 first leg in the Europa League before another big match against a direct competitor in the league, next Sunday in Strasbourg (3 p.m.). 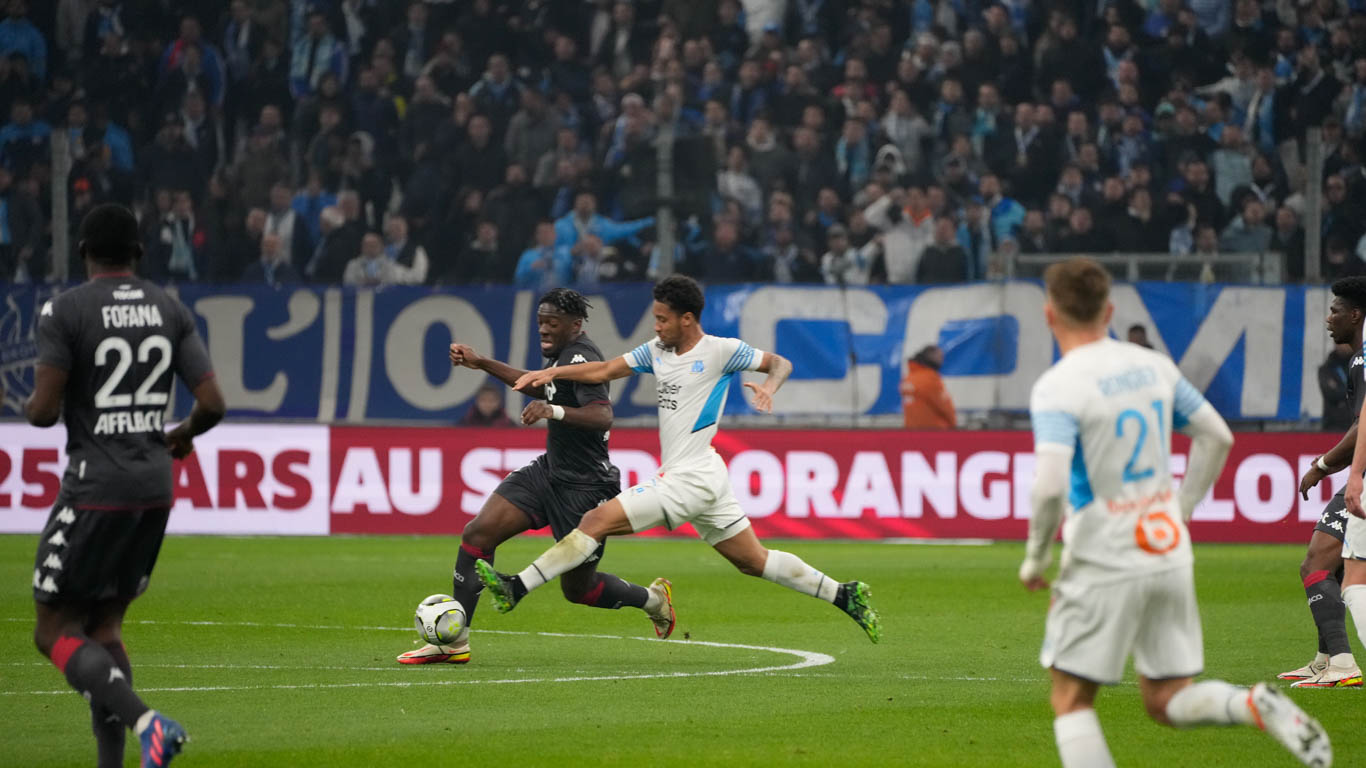