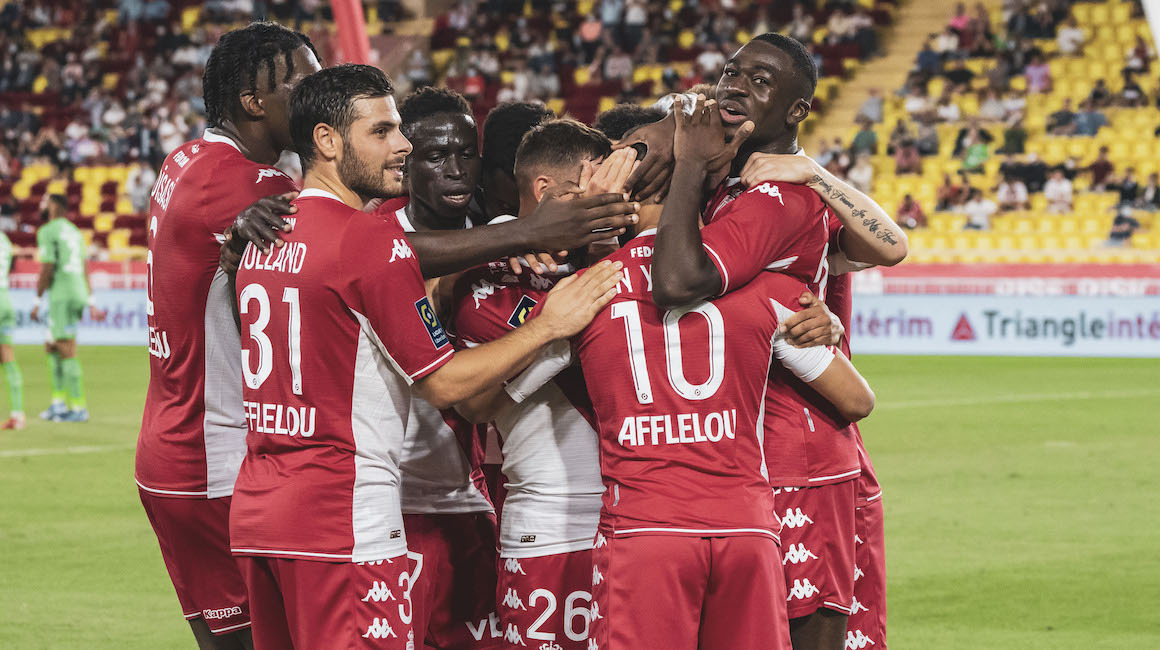 Led by the Yedderland duo (a double for Wissam Ben Yedder and a goal for Kevin Volland), the Rouge et Blanc got their first home win of the season against Les Verts (3-1).

Three days after having drawn against OGC Nice (2-2), AS Monaco was already back in action in Ligue 1. Facing AS Saint-Etienne on the seventh matchday of Ligue 1, the Rouge et Blanc won 3-1 at the Stade Louis-II. For this match, Niko Kovac started a new eleven, marked by the return of  a 4-4-2 and the absence of Aurélien Tchouameni, who was replaced by Eliot Matazo. 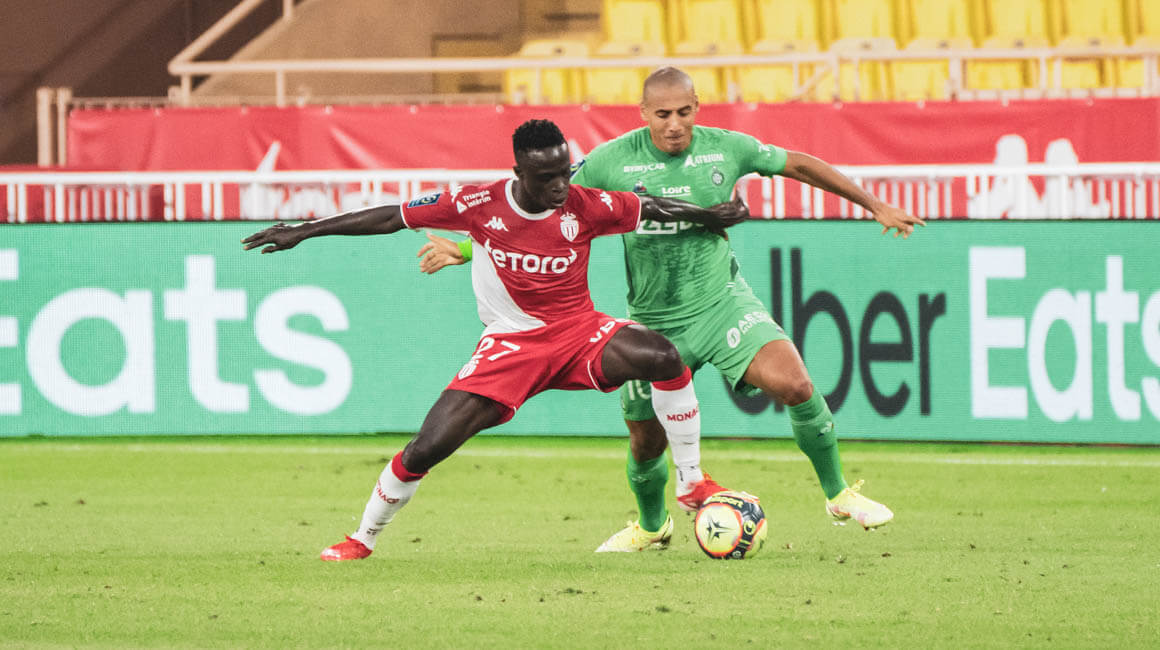 There was little time for things to settle at the start of the match. Krépin Diatta, again starting on the right flank, created the first opportunity with a beautiful effort punched away by Etienne Green (3′). The Stéphanois were quick to react, though, and hit the post twice in short succession (11′), first on an effort from Wahbi Khazri then on a strike at the near post by Denis Bouanga.

But it was AS Monaco that would opens the scoring. On a quick counter-attack led by Krépin Diatta, Youssouf Fofana found Kevin Volland, and the German striker fired past the Stéphanois goalkeeper at the near post (28′). Thanks to this, the Monegasque number 31 had scored his first goal in the league and his second of the season after one in Prague during the third preliminary round of the Champions League.

Wanting to build on their momentum, the Rouge et Blanc were pushing hard. In the 32nd minute, Youssouf Fofana had a magnificent curling effort from the right which unfortunately hit the left post. And a minute later AS Monaco would find themselves with a numerical advantage after the dismissal of Etienne Green for a late challenge on Myron Boadu

The free kick was then taken by Djibril Sidibé at the edge of the area, but Stefan Bajic did well to keep the ball off his line. The Monegasques were then caught out shortly before half-time by Denis Bouanga. Alone at the far post, the Gabon international managed to beat Alexander Nübel (41′) with a sharp finish. 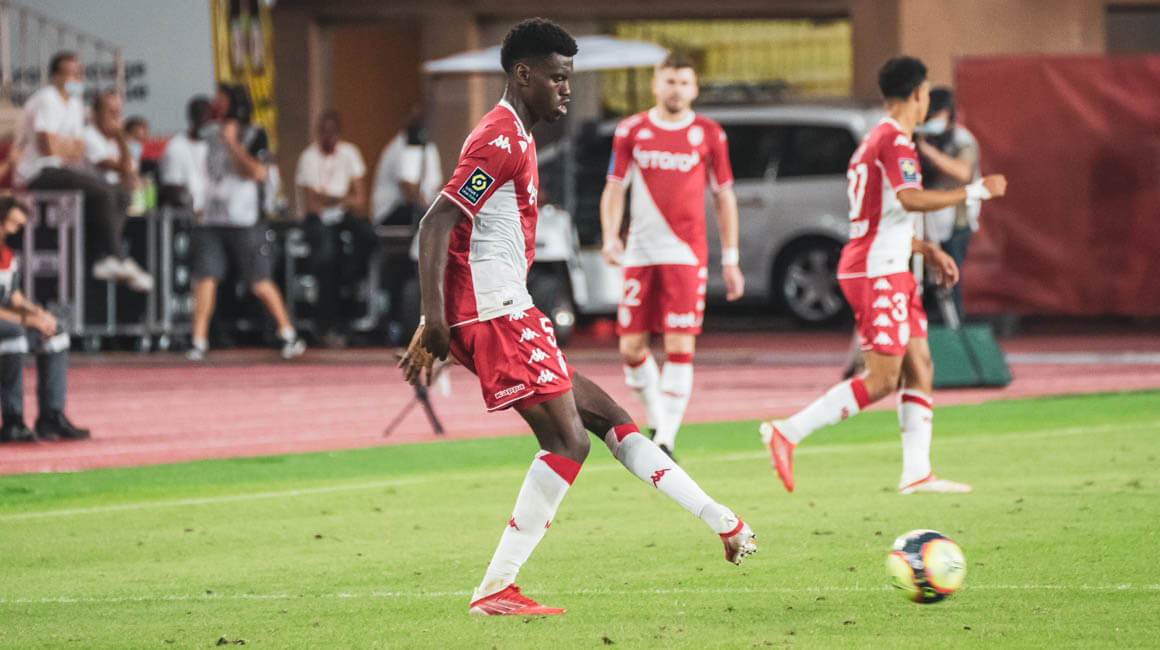 With their numerical superiority, AS Monaco besieged the AS Saint-Etienne goal at the start of the second half but were nevertheless close to being again stunned by Bouanga, who hit the post (57′) from 20 meters. This heart-in-mouth moment was of little consequence since three minutes later, the Monegasques obtained a penalty following a handball by Timothée Kolodziejczak in his area. On his first touch, the penalty was converted by Wissam Ben Yedder who had only entered the match a few seconds earlier.

Reinvigorated by taking the lead, AS Monaco battered their opponent and opportunities followed one another, including twice through Aleksandr Golovin. In behind the defense, an attempt by the Russian, on at the break, was pushed behind for a corner by Stefan Bajic, with a beautifully placed effort heading for the top corner (64′). Then, “Golo” had a well-hit effort from the edge of the area flash just wide of the top corner (70′).

Remaining dominant (14 shots, 6 on target), Niko Kovac’s men finally scored a goal to seal the result thanks to the inevitable Wissam Ben Yedder. On a perfect cross from his partner in attack, Kevin Volland, the number ten slipped a perfect finish between the legs of the Saint Etienne goalkeeper (86′), his third goal in two games!

AS Monaco eventually won, 3-1 marking a first win at Stade Louis-II in the league this season. This result allows them to move up provisionally to twelfth place in the table. Their next match comes this Sunday in Clermont, at 5 p.m. as they hope to continue their good form.

AS Monaco – AS Saint-Etienne

Bookings: Sidibé (23′) for AS Monaco; Kolodziejczak (61′) for AS Saint-Etienne

Dismissals: Green (33′) for AS Saint-Etienne