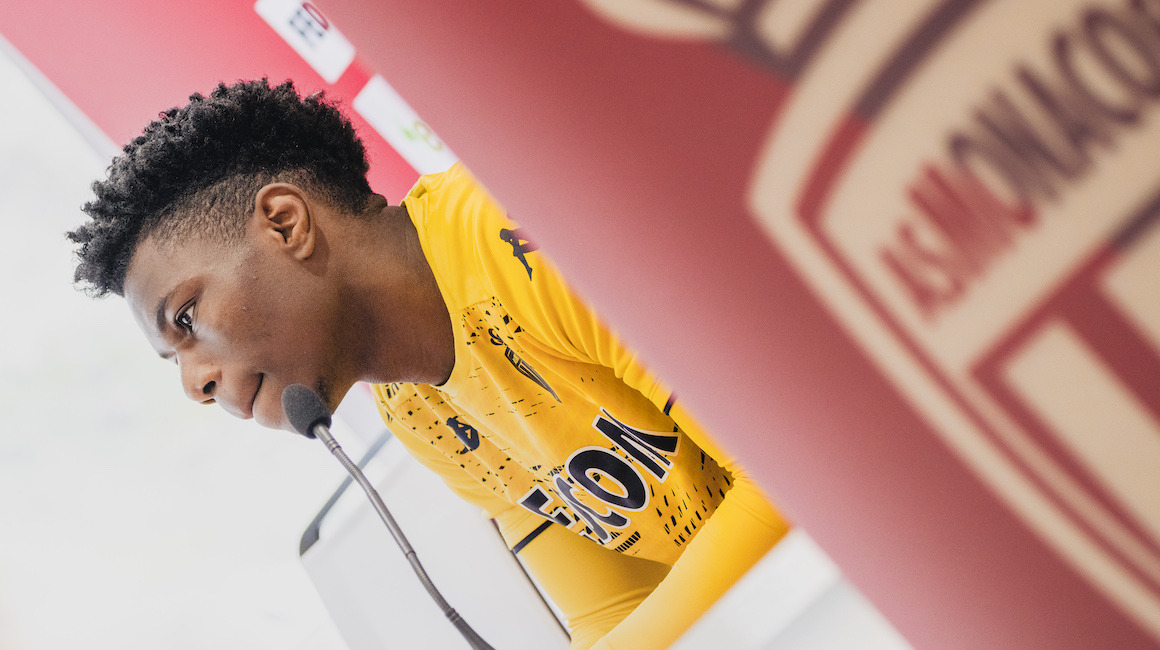 The AS Monaco midfielder spoke at a press conference on Tuesday, on the eve of the Coupe de France semi-final against Nantes at the Stade Beaujoire (kick-off 9:15 p.m.).

He’s back! Suspended for the Ligue 1 match against Reims this Sunday, Aurélien Tchouameni rejoins his teammates for the semifinal of the Coupe de France against Nantes, scheduled for this Wednesday at 9:15 p.m. at the Stade Beaujoire (France 3 and Eurosport 2). On the eve of this crucial match for AS Monaco, our number 8 spoke of his desire to play at the Stade de France again, as the team did last season. 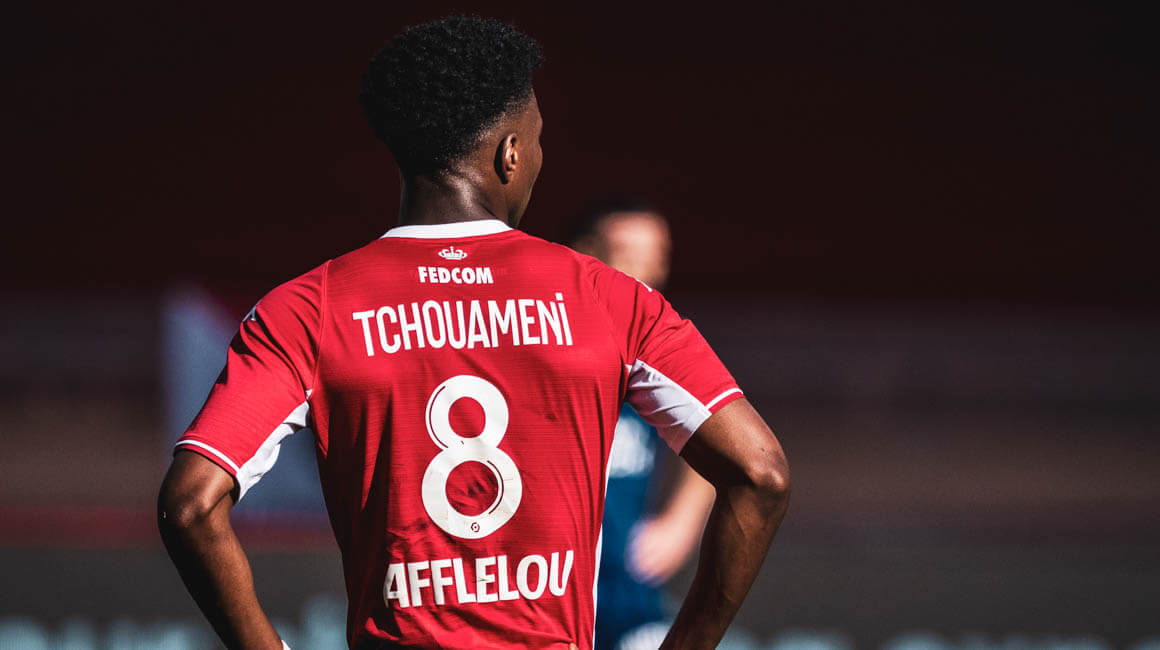 Hello Aurelien. This match against Nantes is an opportunity for you to win a trophy…

The closer we get to the final, the more we think about the opportunity to win this Coupe de France. But we have a very important match tomorrow which can allow us to play a second final in two years in this competition. It is up to us to grant ourselves this right, and we will do everything for it. For the moment, we are not thinking of the Stade de France. A qualification would be heartening for the Club, ahead of what is a very busy month.

We saw the match, because we were playing in Bordeaux the next day, so we were watching. It's up to us to make sure they don't perform as well against us. It is certain that they also want to win this competition, so we will have to put in the necessary effort.
Aurélien TchouameniOn the form of FC Nantes

Is here additional motivation to add a trophy to the Club’s record?

AS Monaco have not won the Coupe de France for 31 years. So if our generation can change that and make history, we will do everything we can to get to the final.

How did you personally experience your suspension, which prevented you from playing against Reims?

As you have seen, the red card was very harsh. The referee of the match had a view of the action that was different from mine. But I don’t want to overcriticize him, it happens, we all make mistakes. I was able to express myself to the disciplinary committee, to express my opinion. As I had already received two bookings, I was suspended for one match. In any case, I am now very happy to be able to play in this semifinal.

This Nantes side are currently in very good form, having beaten PSG in particular…

We saw the match, because we were playing in Bordeaux the next day, so we were watching. They managed to put in a very good performance against the league leaders. They have won six of their last seven games, but streaks are made to be broken. As I often say, every game has its story. It’s up to us to make sure they don’t perform as well against us. It is certain that they also want to win this competition, so we will have to put in the necessary effort.

Is this a way for you to rebound, compared to the team’s most recent performances in the league?

Every competition is different. The desire we have to win this match would have been the same if we had won five games in a row in the league. What happened the previous weekend or the weeks before does not change anything. It’s up to us to do our job to reach the final.

We have worked a lot physically in recent weeks to be ready for this run of matches. Since December, we haven't had the opportunity to play every three days, so it requires special preparation to start this run of play.
Aurélien TchouameniOn the team's busy month of March

How do you see your new status within the team?

I try to bring my contributions through my performances. My positioning on the pitch has changed, even if the instructions remain the same. I have to be attentive to my defensive movement and  I am still developing this versatility, so I am trying to be efficient in each match. I still have to develop my leadership skills as well. In this squad, we are lucky that everyone listens and can express their opinion. 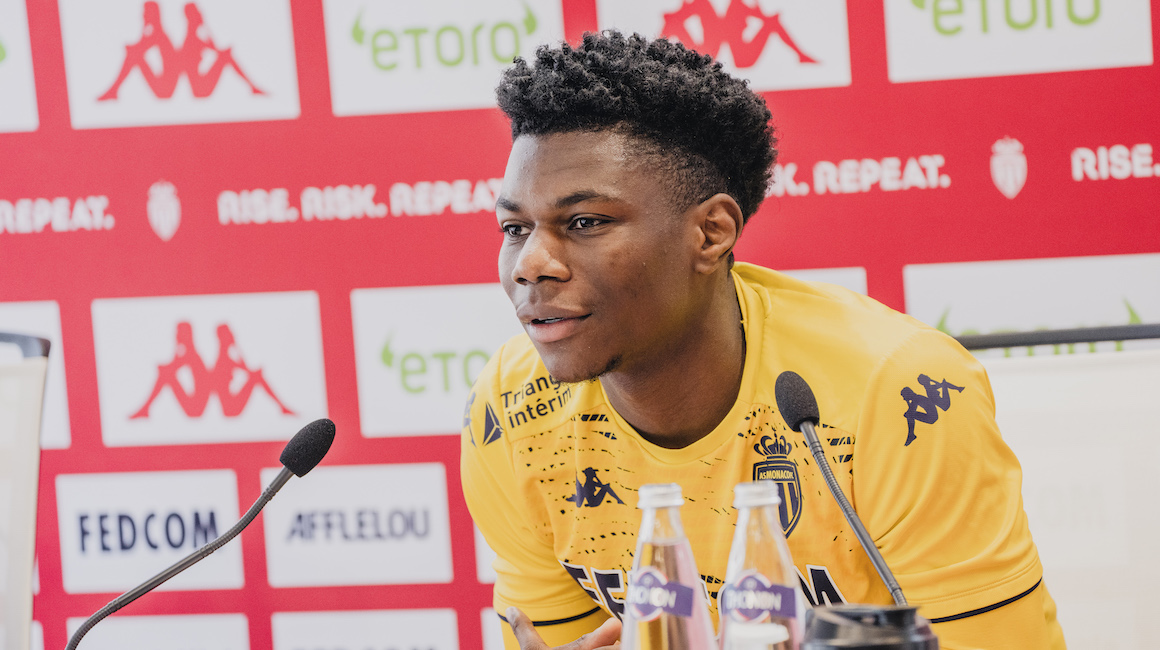 Have you raised your daily standards since you became an international player?

I would not say that there has been any evolution in me at this level. I have big ambitions, so I have always had a level of demand of myself in relation to that. Sometimes I perform very well in the eyes of the general public, but I dwell on the points that I can improve, with my father or the coaches. I always want to improve as a player.

What do you think of the development of Eliot Matazo?

Eliot is a very talented player. We often have the opportunity, Youssouf Fofana and I, to give him advice. We help each other, we work hand in hand and that’s what allows us to have a healthy level of competition within the squad.

How do you see the fixture list for March?

We have worked a lot physically in recent weeks to be ready for this run of matches. This is also why we had a friendly match against Brentford this week, in order to give everyone some playing time and a sense of rhythm. Since December, we haven’t had the opportunity to play every three days, so it requires special preparation to start this run of play.