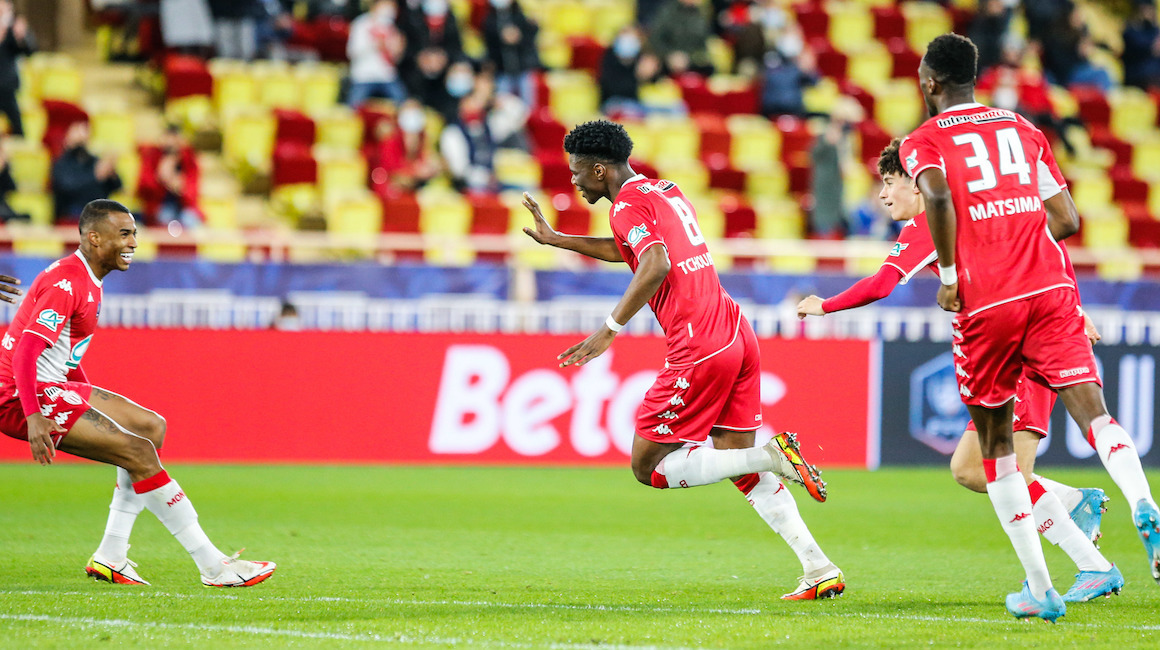 Author of the opening goal in the 5th minute of play, the Monegasque midfielder was delighted with his team's qualification for the semifinals of the Coupe de France, following a victory against Amiens (2-0).

He is the man of the moment in the heart of midfield! Indispensable in his ball recovery, Aurélien Tchouameni turned goalscorer tonight to lead AS Monaco to a serious qualification against Amiens (2-0). Happy to earn a place in the last four of the Coupe de France for the second season in a row, the Monegasque number 8 spoke after the match with the media.

One more step to 𝗥𝗶𝘀𝗲✨

Hello Aurélien. It was a well-earned qualification tonight for AS Monaco after a controlled match.

We are happy with today’s victory, even if there are still things to improve upon in our play. But the most important thing was to qualify, and we will now be able to concentrate on the match against Lorient on Sunday ( 1 p.m.).

The start of the match was similar to that of Lyon…

If we remember our matches against Montpellier and Lens, we had trouble getting started. But for the past two games we have actually been able to get into things by opening the scoring very early, which gives us confidence. We will have to continue like this, because when we start so well, it makes our job easier. 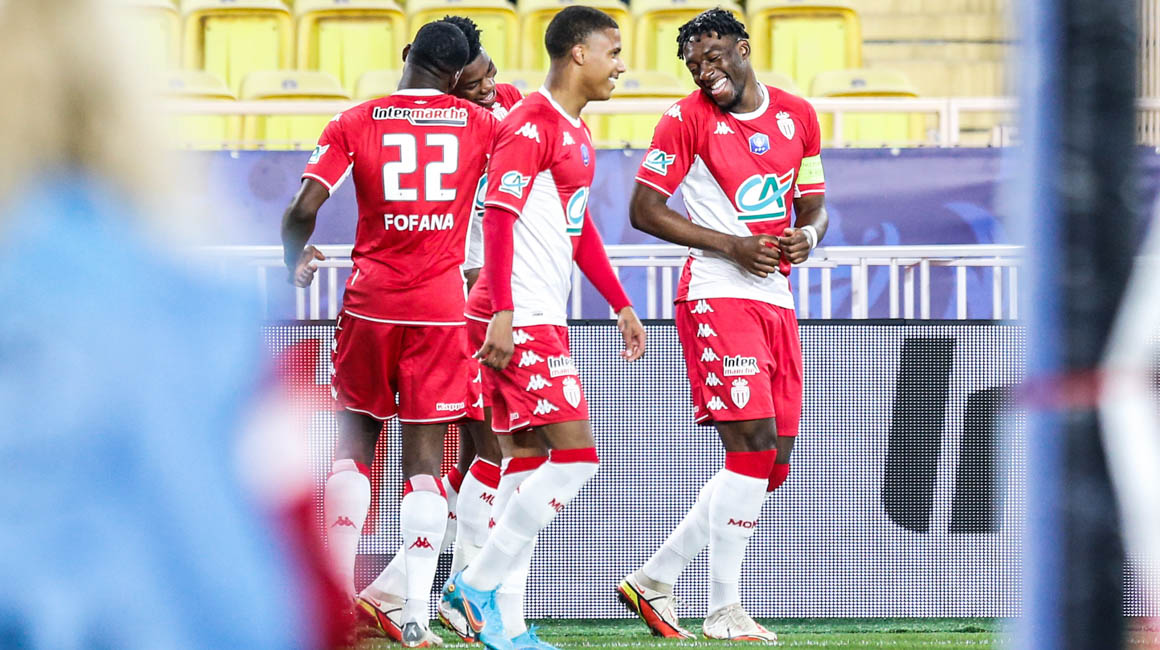 When we saw that Paris Saint-Germain, the big favorite of this competition, had been eliminated, we thought that there was perhaps a better chance for us to go to the final. Let's see with the draw tomorrow.
Aurélien TchouameniOn the Coupe de France as a goal

Doesn’t the Coupe de France draw give you the impression that there is something to be won?

When we saw that Paris Saint-Germain, the big favorite of this competition, had been eliminated, we thought that there was perhaps a better chance for us to go to the final. But all competitions are important, and I repeat there is a crucial match this weekend in the league. Let’s see with the draw tomorrow.

Tell us about that goal you scored early in the game…

I am very happy to have scored again today. It did us good, because when you score quickly you unsettle the opponent. We could have driven the point home afterwards by scoring at other opportunities, but despite everything, this good start helped us to obtain this qualification.

What do you think remains to be improved upon in terms of the team’s level of play?

There was a little more wastefulness than usual tonight, we were less good at getting forward. But that’s normal, every game has its story and you can’t be on top all the time. The most important thing is still qualifying. 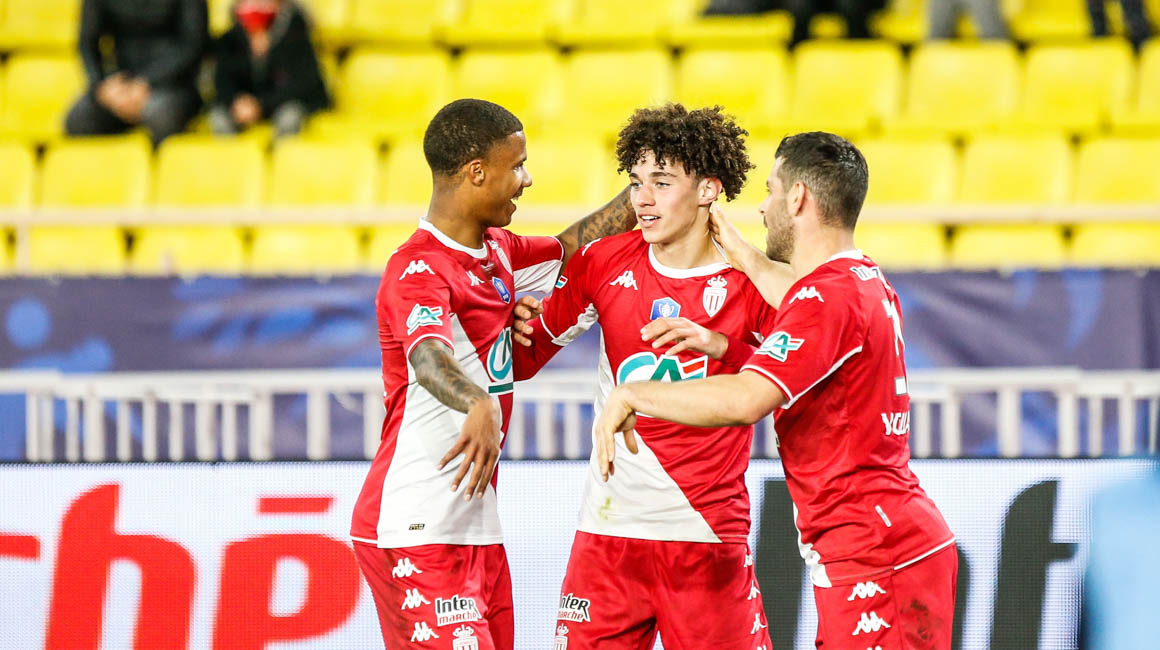 He had a good game. I am happy for him, because for some time he has been showing very good things in training. I talked about him to those around me, saying to watch out for this young player (smiles), because he has a bright future.
Aurélien TchouameniOn Maghnes Akliouche

How do you see your new role in midfield?

It is a different position, which means that I am positioned in front of the defense. It allows me to see the game a little more and above all to help central defenders to manage counter-attacks and block passing lines. I think I manage to do it well, even if it’s a bit new for me, I’m trying to progress and get used to this new role.

He had a good game. I am happy for him, because for some time he has been showing very good things in training. I talked about him to those around me, saying to watch out for this young player (smiles), because he has a bright future. In any case, he has plenty of quality, he showed it tonight, and I wish him the best.