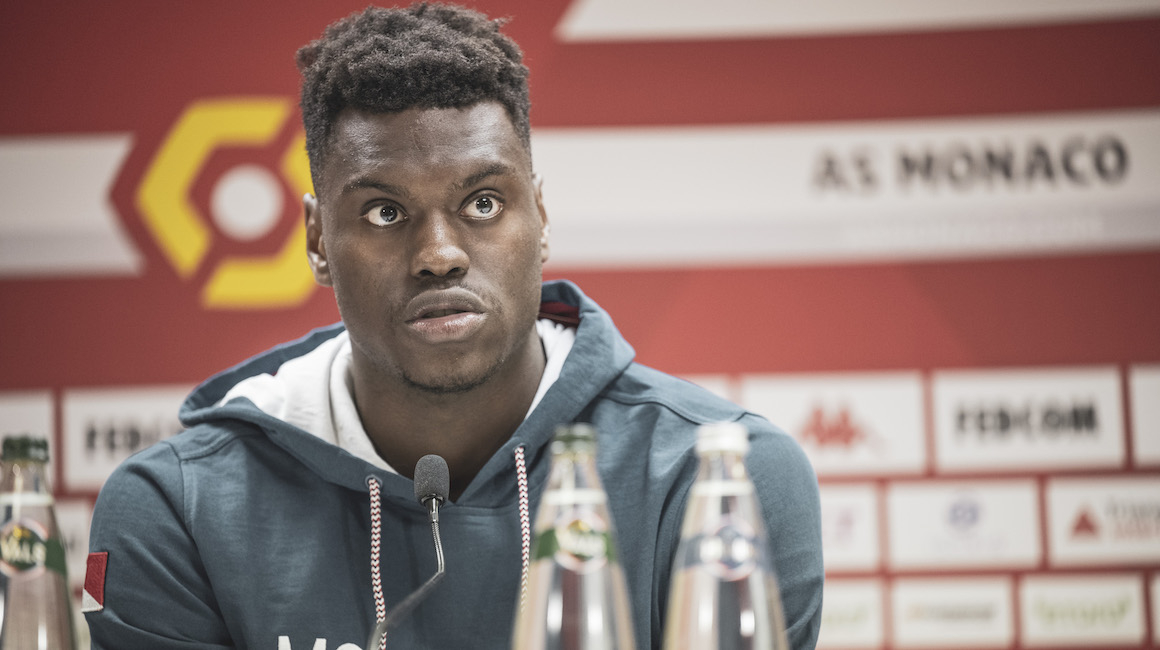 Selected this week for the European Championships with the U-21s the French defender spoke at a press conference before the trip to play Saint-Étienne this Friday at the Stade Geoffroy Guichard (9:00 p.m.).

At only 19 years old, Benoît Badiashile has formed the backbone of Niko Kovac’s eleven. He is even to date, the player who has been used the most by the Croatian manager, with 2368 minutes of play in Ligue 1. Called up this week for the U-21 European Championships in the company of his teammate Aurélien Tchouameni, the native of Limoges continues to impress for the fourth-placed side in Ligue 1.

In addition to an assist and two goals this season in the league, the Principality club’s number 32 has been a massive part of the team’s three clean sheets in their last four matches in the league. Two days before the Rouge et Blanc‘s trip to face Saint-Étienne at the Stade Geoffroy Guichard this Friday (9:00 p.m.), the French U-21 international took part in the pre-match press conference. 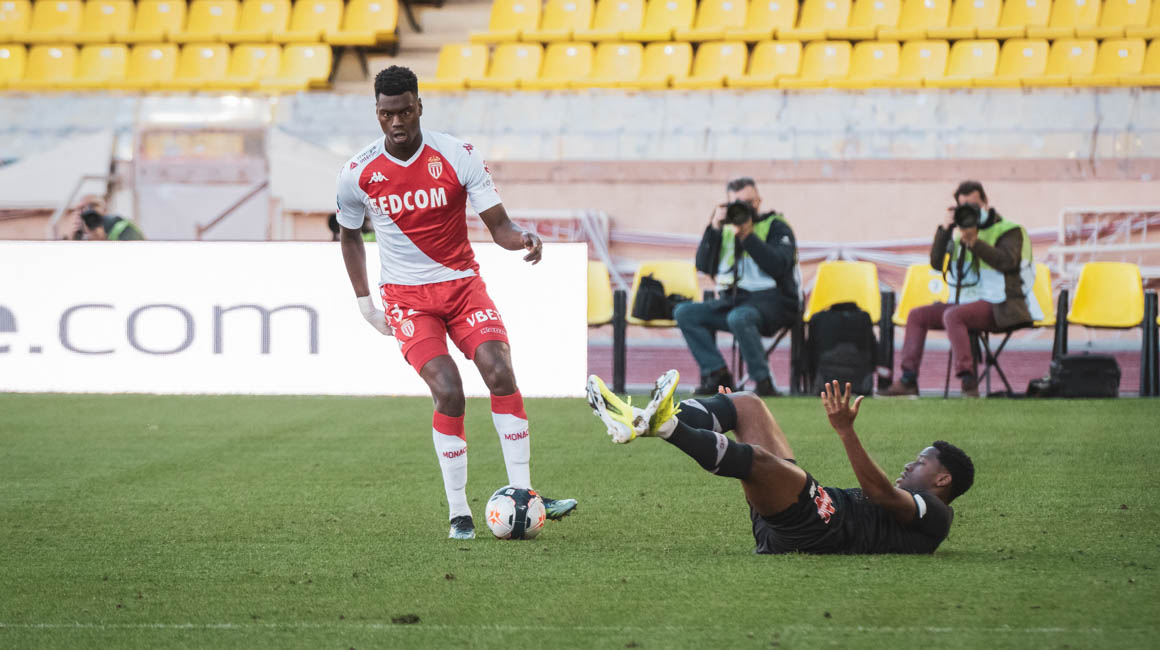 Hello Benoît. First of all you must be proud to have been called up with the U-21s for the European Championships.

Yes, of course. For any player it is a very important thing to represent their country, everyone would like to be called up. I will make the most of this honor.

You have come to symbolize the newfound defensive strength of the team.

The statistics speak for themselves, we have had four clean sheets in five games. We have found a new level of defensive stability since the match against Lorient. We must continue on this path to achieve our goals. Since the start of the season, we’ve made a lot of progress. We knew we had to have a certain defensive level to hope to win our games.

We’ve learned from our mistakes. We have a staff that helps us a lot to improve. Over time, we eliminate some of these things. We are improving and it has shown in the last few matches. We have a lot of video sessions to see our mistakes. The coach gives us as many instructions as possible, it’s for our own good. 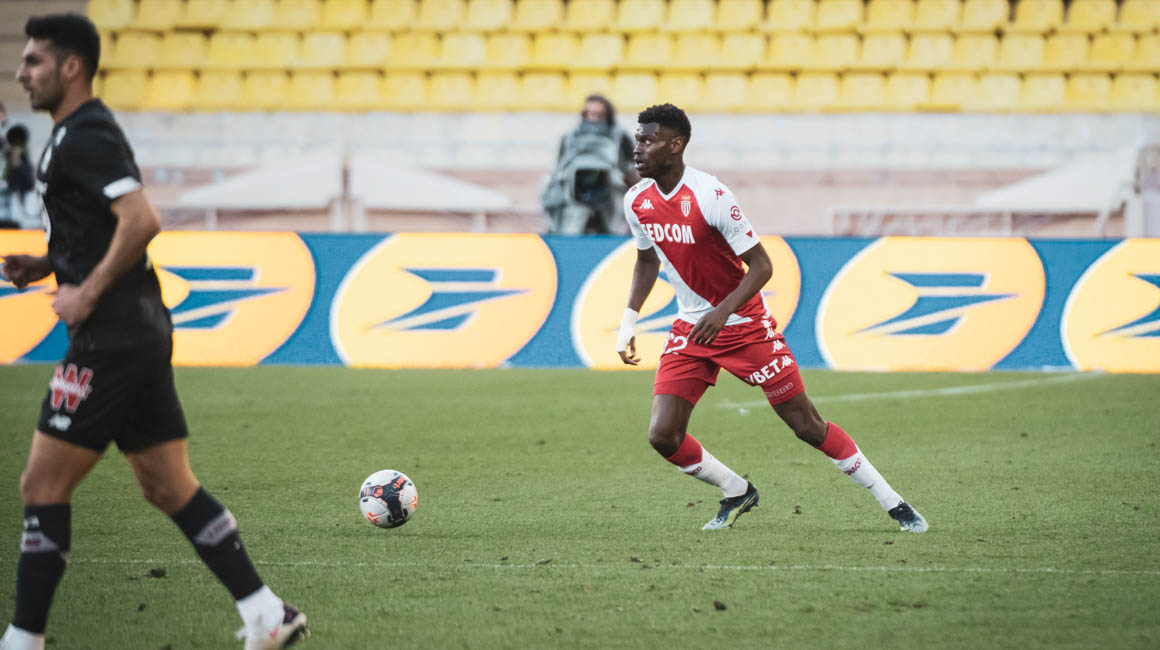 A feeling of revenge? Not necessarily. We are approaching this match like any other. We had a tough red card for a foul by Eliot. We have to show our qualities to string together good performances.
Benoît BadiashileDefender, AS Monaco

Do you have a feeling of revenge for the reverse fixture against Saint-Etienne?

Of revenge? Not necessarily. We are approaching this match like any other. We had a tough red card for a foul by Eliot. We have to show our qualities to string together good performances.

To come back to your selection for the U-21s, this France team is full of talent, and there are a lot of expectations around them.

Yes of course, with such a group that’s normal. Other countries have huge potential as well. We have a very good generation but only the pitch will tell the truth. We’ll see. It is such a talented generation that some of my teammates who are having a great season were unfortunately not called up, although they were likely to be with us. But they remain focused on their performances with AS Monaco.

Aurélien Tchouameni, who will be playing with you, is having a very good season.

He is very important in our system, Youssouf is also. They’re playing right in front of me, it’s a pleasure to be around them. We have to continue this way to win games.

The coach knows that I have a fairly good range of passing, so he asks me to start build-up play. In some matches, I have to do better. I am aware of the work to be done to progress in this sector.
Benoît BadiashileDefender, AS Monaco

Do you work on your long passing in training?

The coach knows that I have a fairly good range of passing, so he asks me to start build-up play. In some matches, I have to do better. I am aware of the work to be done to progress in this sector.

Even in small-sided games in training, does the staff demand a lot of effort?

This is true, but it was how it was before too. The coach is very rigorous. Everyone sees it on the pitch or in training. We have a young team, we need this level of focus to progress.

You are currently sitting fourth, what is the Club’s objective?

We have shown that we know how to compete against the big teams. It’s something positive to see how we have developed since the start of the season. We must continue like this until the end of the season. The most important thing, however, is to secure fourth place. We will then see what it is possible to reach. 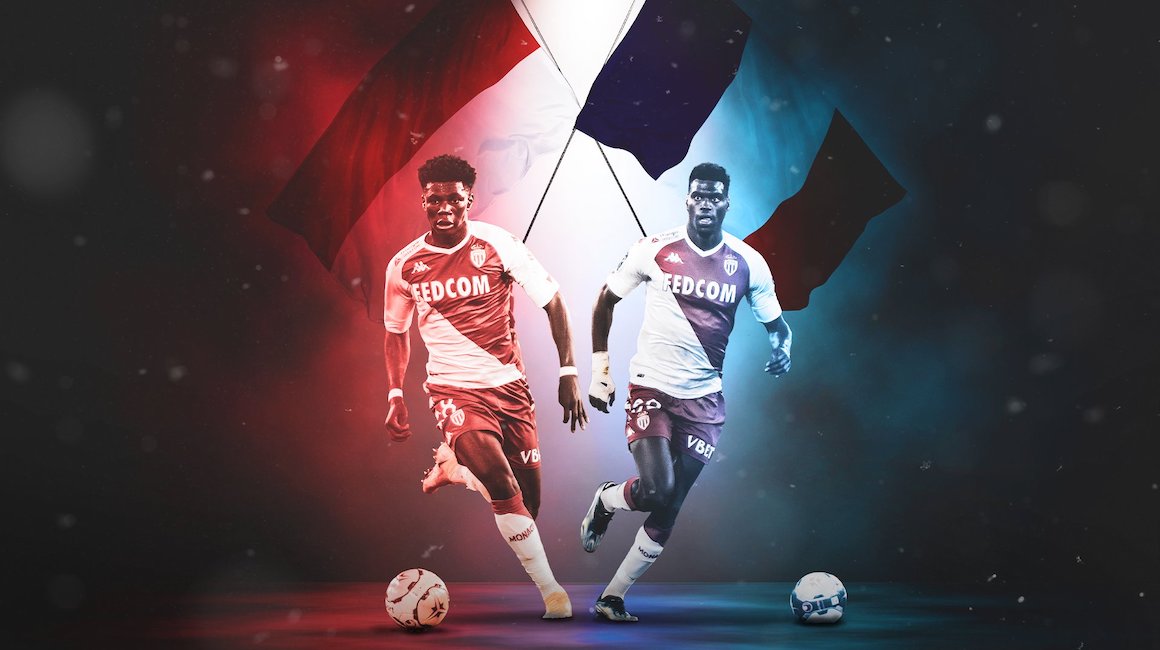 I'm enjoying being in fourth place with a well-functioning team. I hope it will be the same for the years to come. I feel very good here, I want to continue my progress.
Benoît BadiashileDefender, AS Monaco

You are the most used player by Niko Kovac and you now will play with the U21s. How do you feel physically approaching the end of the season?

The staff make us work a lot physically, I feel very good. I can play lots matches without a problem. It’s a point of personal pride, I’m trying to give him that confidence back on the pitch.

Are you feeling better compared to past seasons?

Obviously, we are playing at the top of the table this season. It’s easier to play with confidence. We are not playing for survival. I’m enjoying being in fourth place with a well-functioning team. I hope it will be the same for the years to come. I feel very good here, I want to continue my progress. I am focused on my work as a Monegasque player.