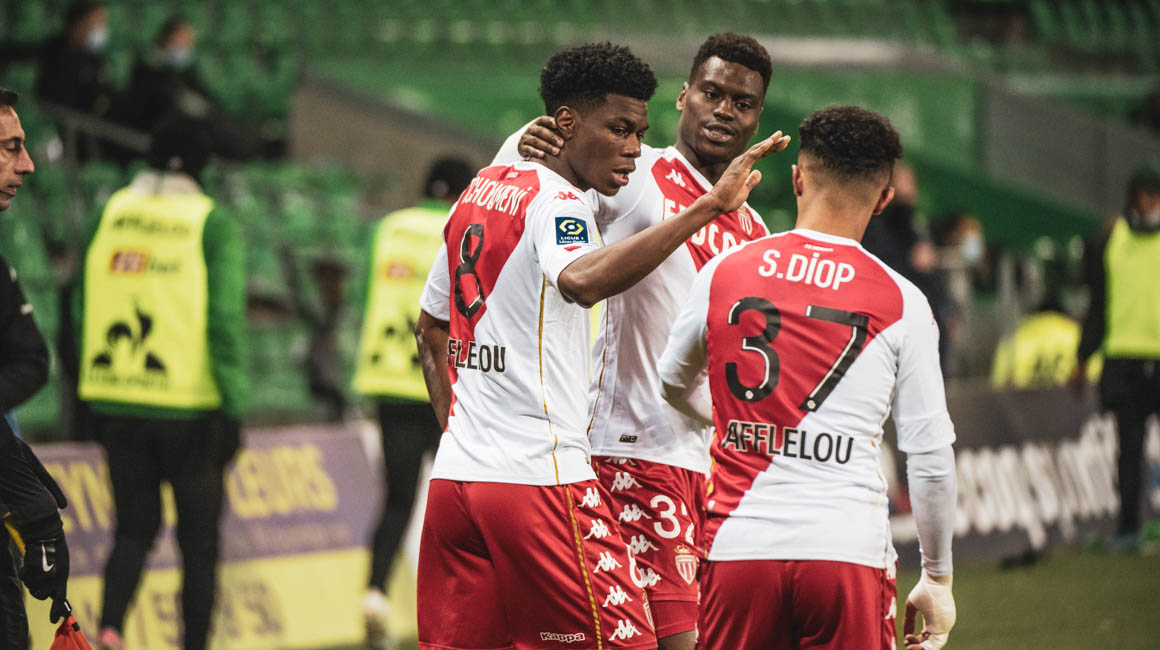 Niko Kovac's side won comfortably against ASSE at the Stade Geoffroy Guichard, after match they controlled from start to finish (4-0). The team now sit provisionally fourteen points ahead of Marseille in fifth.

To face Les Verts, Niko Kovac moved back to a flat 4-4-2, a tactical pattern that had been key to the Rouge et Blanc‘s long unbeaten run last month. Aleksandr Golovin, Sofiane Diop, Kevin Volland and Stevan Jovetić  all were in the eleven for AS Monaco. For the hosts, Claude Puel was deprived of Jessy Moulin, Adil Aouchiche and Arnaud Nordin, all injured. 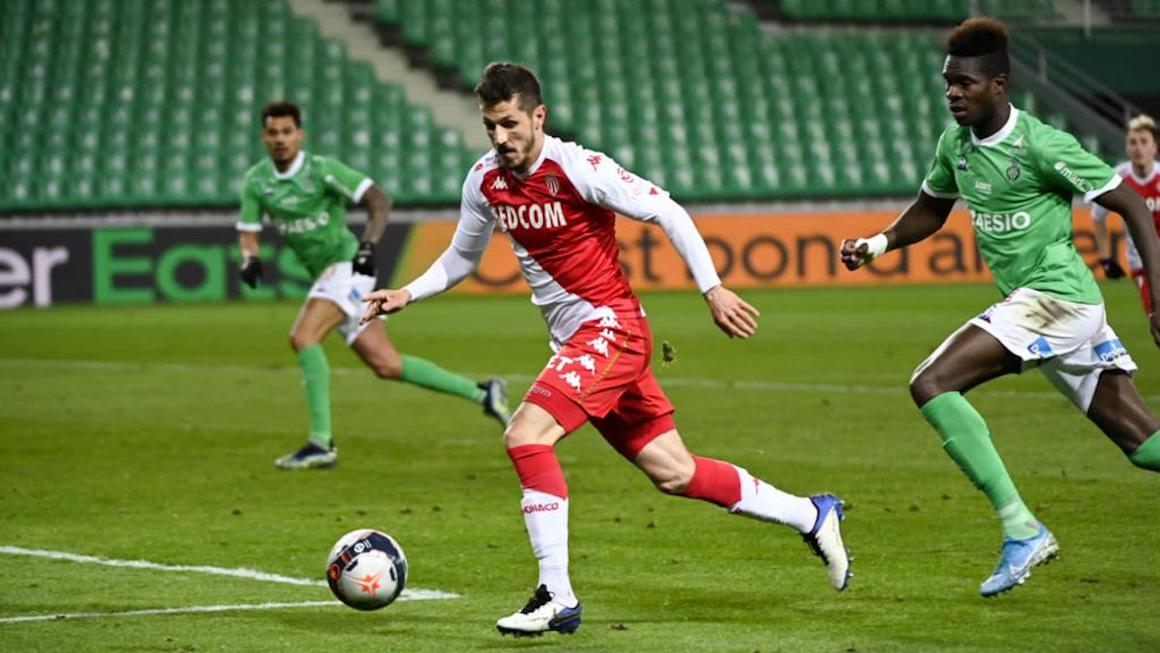 During the first minutes of the match, the Monegasques quickly showed their ability to be dangerous. Aleksandr Golovin had the match’s first effort with a strike with his left foot that was off-target (5th). Then it was Stevan Jovetić’s turn to distinguish himself with three chances. His first attempt from 25 meters crashed off the crossbar of the beaten Stefan Bajic (8th). Then, the Montenegrin obtained a penalty after having had a header from a corner deflected by the hand of Mathieu Debuchy.

Unfortunately, he failed to convert this opportunity from the spot, his effort hitting the post (12′). But the third time was a charm as he corrected the situation by finishing following a magnificent bit of collective played, well picked out by Aurélien Tchouameni who did well to slot him in before  turning Mahdi Camara. His shot across goal ended up in the bottom corner to open the scoring (1-0, 13th). 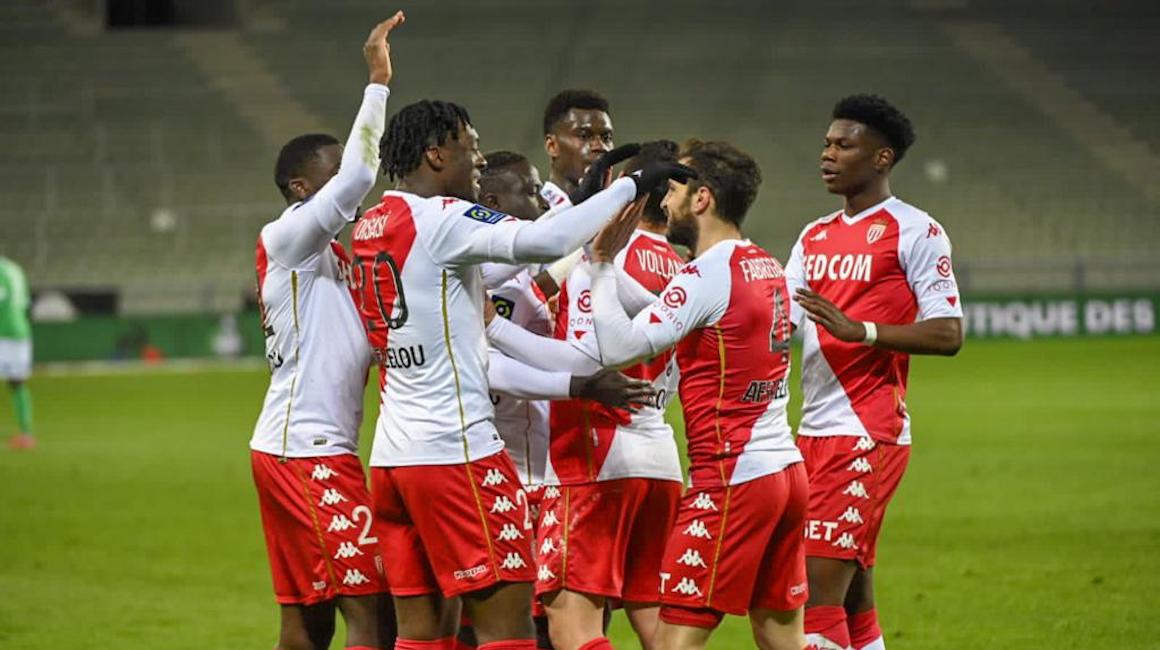 ASSE were being thoroughly dominated and failed trouble Benjamin Lecomte’s goal. The Principality club returned to the locker room a goal ahead, and right from the whistle of the second half, the Monegasques continued to press their hosts. Breaking forward in the Sainté half midfield, Aurélien Tchouameni played the ball wide for Aleksandr Golovin on the right before the Tsar played him in with a cutback, the midfielder scoring with a powerful shot which left Stefan Bajic no chance for the second time that evening (2-0, 55th).

The Monegasque youngsters continued their fine offensive display just after the hour mark. Following a mistake by the Stéphanois defense, Sofiane Diop broke through alone on goal and chipped the ASSE goalkeeper with a silky lob (3-0, 65th). Things only would get worse for the hosts ten minutes later, as Kevin Volland played a brilliant ball for Cesc Fàbregas at the edge of the area. The former Spanish international played a sublime pass for Krépin Diatta who scored on his first touch of the game, his first in Red and White (4-0, 76th). 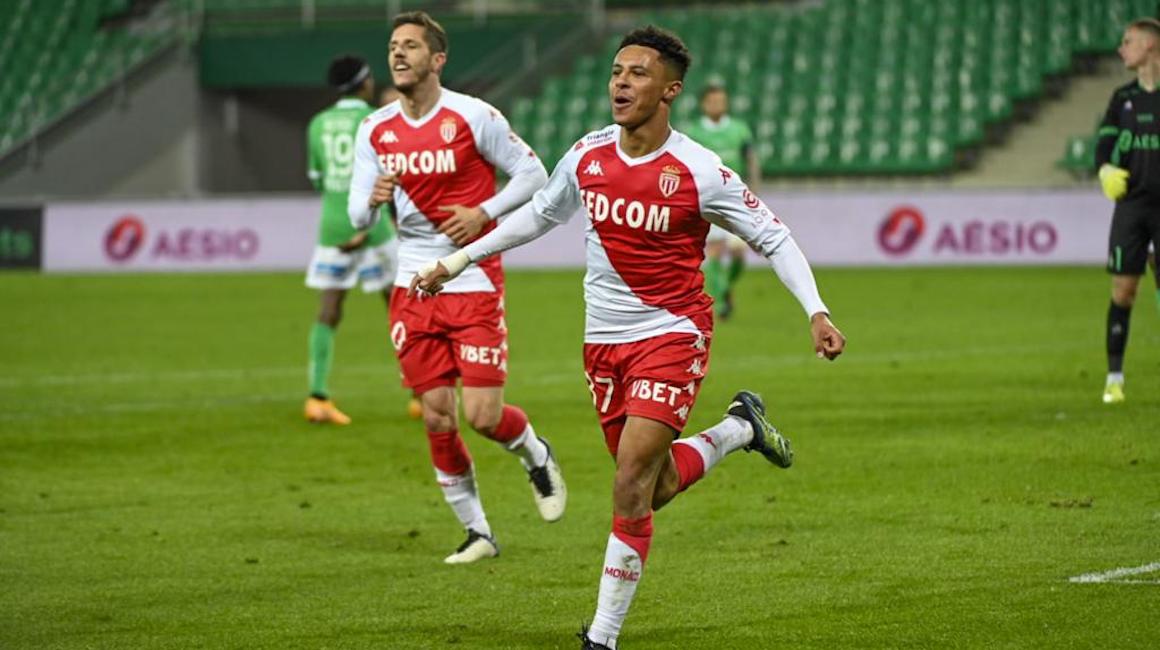 The lion of Téranga thus sealed what was a perfect evening for Niko Kovac’s men, with another clean sheet, their fifth in their last six matches for the Monegasques. With this 18th victory of the season, the Rouge et Blanc are provisionally fourteen points ahead of fifth-placed Olympique de Marseille.

Niko Kovac’s men are continuing to putting pressure on the top 3, before the rest of the matches of this 30th round of Ligue 1. It’s now time for the international break, though; AS Monaco next play on Saturday, April 3 at the Stade Louis-II against Metz.