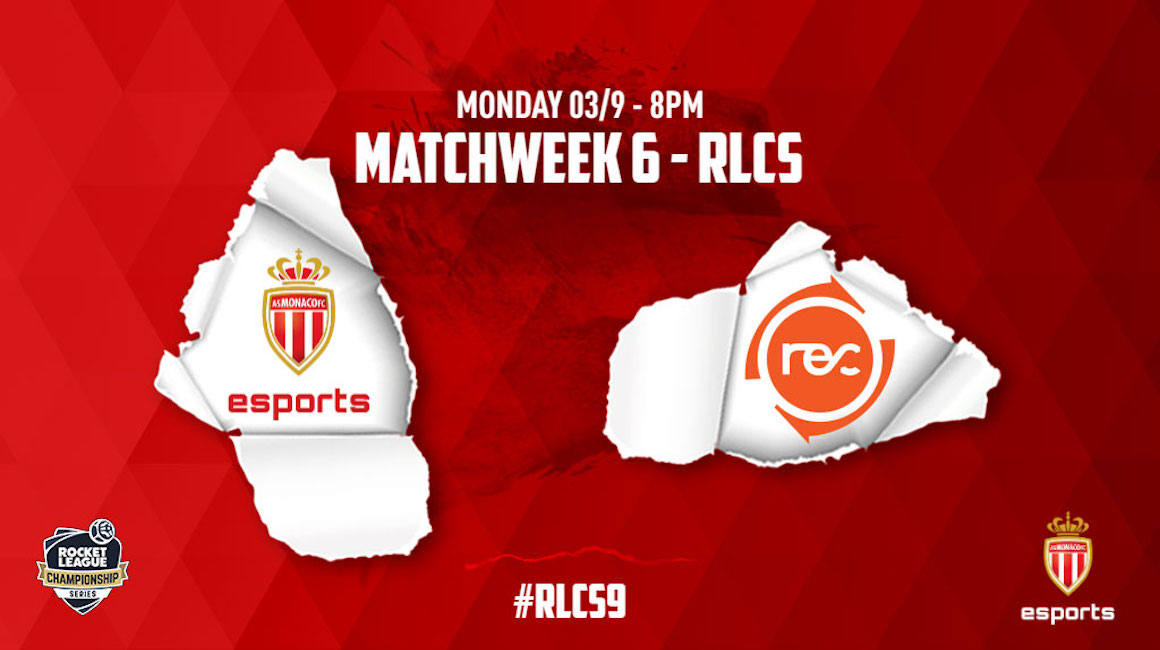 AS Monaco Esports will be back in action this monday against Reciprocity!

This Sunday, the players of the Rock faced the English side Veloce in the 5th matchday of the Rocket League Championship Series. After having brilliantly won the first round, the trio showed all its capabilities against the second-placed side in the table. However, despite some great phases of play, which were hailed by the Rocket League community, AS Monaco Esport ultimately lost the match, 3-1. It was a defeat that was difficult to accept but still one that unified the team!

Our players didn’t give up and showed great things despite the score. See you tomorrow for the game against Reciprocity! 🇲🇨

Only one day after this contest, the Red and Whites will face off against Reciprocity, currently 5th in the league. United as always, the trio intends to take bring home their first points by winning this match. It’s a match that should be entertaining, as Reciprocity score a lot in the RLCS (41 goals scored) while AS Monaco Esports have made plenty of  saves (142), especially thanks to Extra boost, the 3rd best in the league!