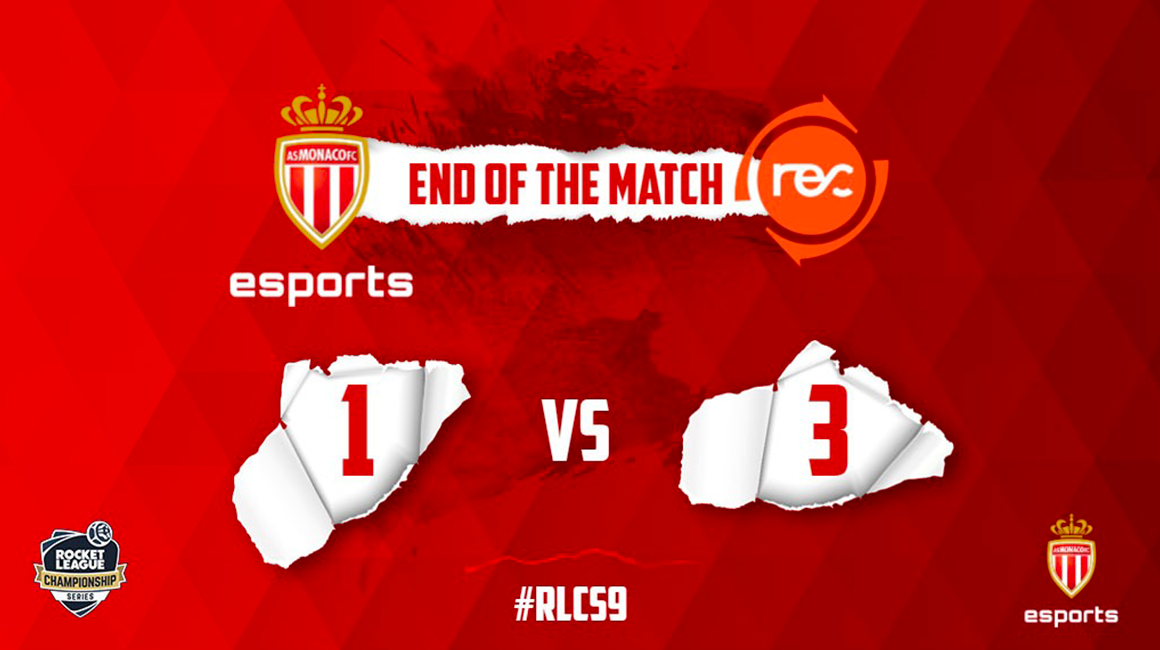 For the 6th match day of RLCS, AS Monaco Esports conceeeds the win against Reciprocicty on the score of 1-3, despite the determination shown by the Monegasque team.

This Monday evening, AS Monaco Esports players were facing Reciprocity. After conceeding first game 1-2, the Red and Whites still were determined to come back and proved it by winning second game (2-1) thanks to a double from Extra.

AS Monaco Esports were close to taking the lead when Extra opened the game with a clean “double tap” 1 minute before the end of the game, but Team Reciprocity equalized straight after and then took the game in overtime.

In the 4th quarter, the Red and Whites took a surprise goal at the oppening of the game, but Extra strikes again and evens the score. A few seconds before the end, Reciprocity retakes the lead and secures the game to end end the series despite the determination on the AS Monaco Esports side.

Tigreee, Extra and Eyeignite will be playing against FC Barcelone Esports for the next match day happening on March 15th at 20.20 CET