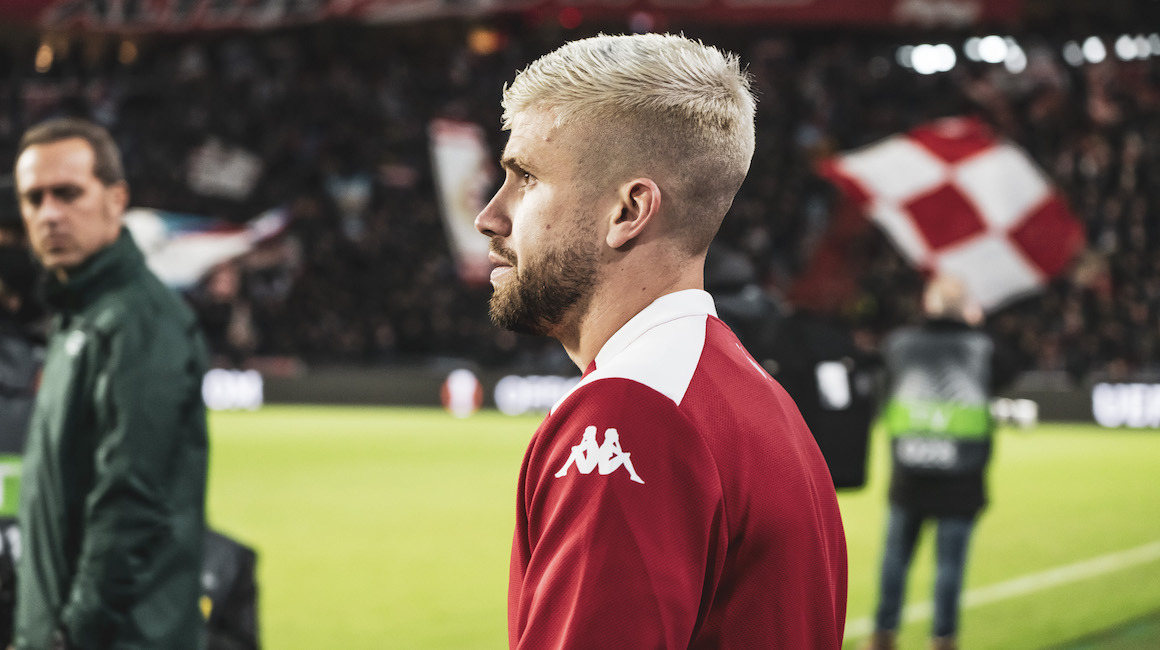 With three assists in five matches, Caio Henrique was named October MVP by you, the Rouge et Blanc supporters on the AS Monaco App.

With three assists in five matches, Caio Henrique was named MVP of the month of October by you, Rouge et Blanc supporters on the AS Monaco App. It’s more of the same for Caio Henrique, who has continued to provide for his teammates during the five matches he played over the past month. The left back has accumulated three assists, bringing his total to seven since the start of the season, in all competitions.

He first started with a pair of assists away to PSV Eindhoven (2-1), on the occasion of the 200th European match in Club history, by helping Myron Boadu and Sofiane Diop to score. And he did it again three days later, at the Stade Louis-II against Montpellier (3-1), offering a superb ball for Kevin Volland.

Aurélien Tchouameni and Wissam Ben Yedder on the podium

The Brazilian left back’s big  performances were noticed by you, the Rouge et Blanc supporters, who have voted him MVP for October on the AS Monaco App, with 40% of the vote. He finished ahead of Aurélien Tchouameni (36%), who had won in August and September, and our captain, Wissam Ben Yedder (12%).

It matches my characteristics and that's what the coach asks of me, to get forward and help our attackers. So it's a combination of my qualities and what the coaches ask of me.
Caio HenriqueDefender, AS Monaco