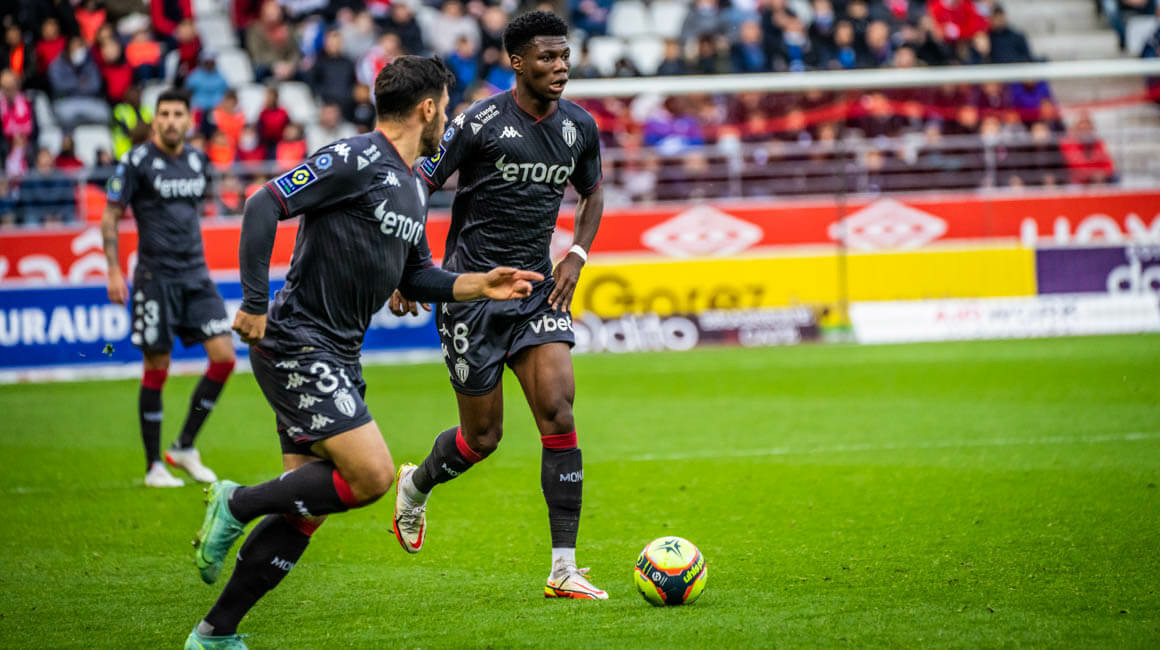 The French international was named MVP of the match in Reims lawn (0-0) by you, the Rouge et Blanc fans on the AS Monaco App.

A big performance before leaving for international duty. During a hard-fought match between AS Monaco and Stade de Reims (0-0) on Sunday at the Stade Auguste Delaune, Aurélien Tchouameni did not spare himself. With six duels won and nine balls recovered, the Monegasque midfielder contributed to his team’s latest clean sheet, but also made an attacking contribution with three shots, including a superb scissor kick near the end of the match.

It was a performance that earned him another match MVP, as voted by you, the Rouge et Blanc fans on the AS Monaco App. With 38% of the vote, “Tchouam”, who took the captain’s armband after Wissam Ben Yedder was substituted, finished ahead of Benoît Badiashile (18%), who had won the same award from the supporters followin Thursday’s draw with PSV Eindhoven (0-0), and Alexander Nübel (13%).

One more victory to qualify for the World Cup

Aurélien Tchouameni will now focus on the matches to come for France, since he was selected, along with Wissam Ben Yedder, by Didier Deschamps for the team’s two matches in November. The Blues will first face Kazakhstan (November 13, at 8:45 p.m. at the Parc des Princes), and then Finland (Tuesday, 16, at 8:45 p.m. in Helsinki). If they win against the Kazakhstanis, France would officially qualify for the 2022 World Cup (November 21 – December 18).