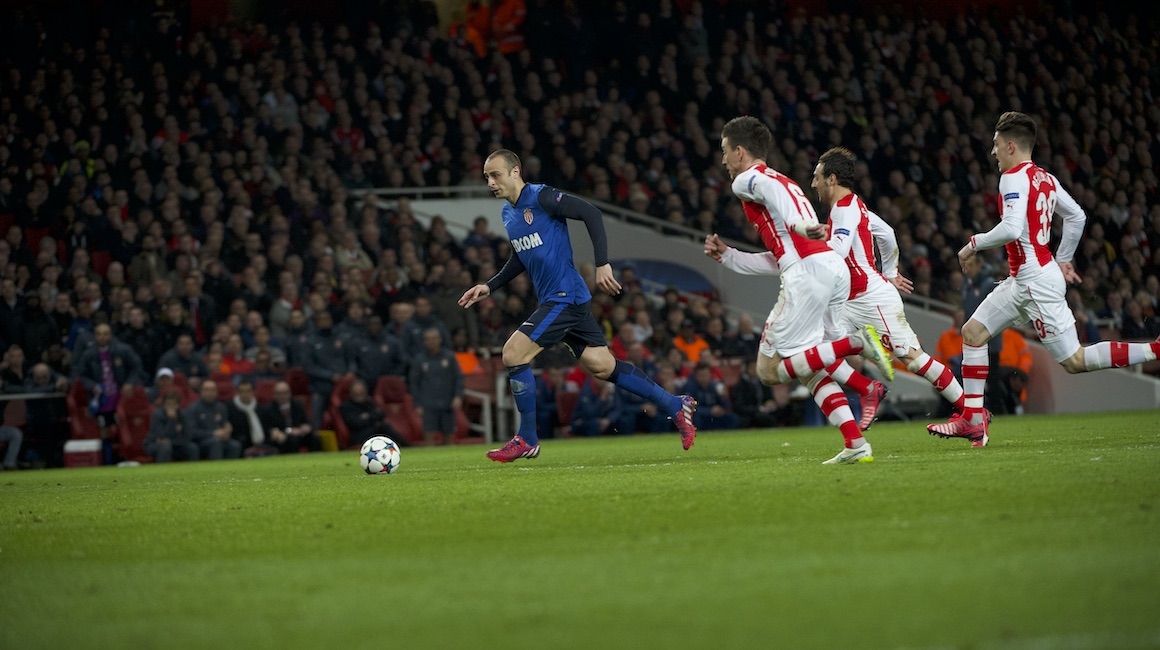 Jérôme Rothen: "Monaco, an unexpected love"
During confinement, we invite you to have a (re) discovery of AS Monaco players whose names you know and who impressed in their time in the Principality. As part of "Prime Time", asmonaco.com refreshes your memory. Today, we shine a light on... Dimitar Berbatov.

He had originally come for a six-month contract, as an emergency measure. He was already believed to be nearing the end of his career following his departure from Manchester United to Fulham, going from top scorer for the Champions League finalist in 2011 to center-forward for a side struggling for survival. Yet Dimitar Berbatov did much more than make up the numbers to replace Radamel Falcao on the last day of the 2014 winter transfer window. Victim of a rupture of the anterior cruciate ligament of his left knee in the Coupe de France, the “Tiger” was then facing six months out.

The Colombian star would therefore leave the keys to the Monaco attack to another great striker. Because if his record shows “only” two English league titles (2009 and 2011) with the Red Devils and two Champions League finals with Bayer Leverkusen (2002) and Manchester (2011), the lanky Bulgarian center-forward (1.89 m) is at least as tall in talent.

Very skilled technically, without having a level of top speed to beat opposing defenses, he was able to do exceptional things with the ball. The native of Blagoevgrad is as comfortable on his own two feet as he is in the air, where he dominates with his heading ability, which is as precise as it is prolific. It is therefore with a solid reputation that Dimitar Berbatov arrived in the Principality. 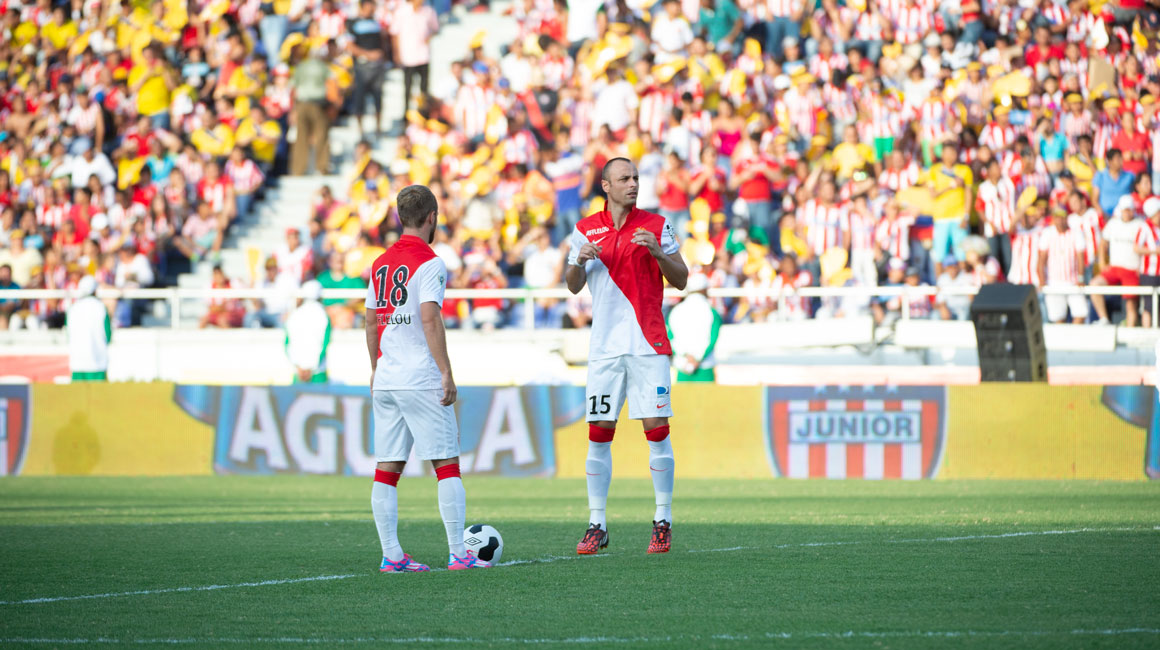 A smashing debut with Claudio Ranieri

As well as bringing his experience to a young and talented squad, as a player who had emerged at Bayer Leverkusen during the Lucio, Ballack, Cris, Babic and Ramelow era proved to be quickly decisive. He scored his first goal in his new colors in his second match, in the Riviera derby against Nice in the Coupe de France. Three weeks later, he scored at the start of the match in his first start in Ligue 1, against Sochaux.

While very skillful as a substitute, Dimitar Berbatov quickly moved into Claudio Ranieri’s starting lineup, helping AS Monaco to finish just behind Paris Saint-Germain in the league. He also helped lift the Rouge et Blancs to the semi-final of the Coupe de France against En Avant Guingamp.

Subsequently, the Bulgarian scored his best goal in the Diagonale in his second derby, in the league this time. He found the net with a lovely lob, cutting inside fromthe left side of the Nice penalty area, scoring a goal which remains today as an emblematic moment of recent years at the Stade Louis-II — it remains in the spirits, minds and hearts of Red and Whites’ supporters.

He would also score AS Monaco’s 3000th top flight goal a little later. The top scorer in the history of the Bulgarian national team (78 caps, 48 goals), ended the half-season with nine goals and five assists in just 15 games in all competitions. It was enough to convince Monaco’s board to extend his contract for another season. 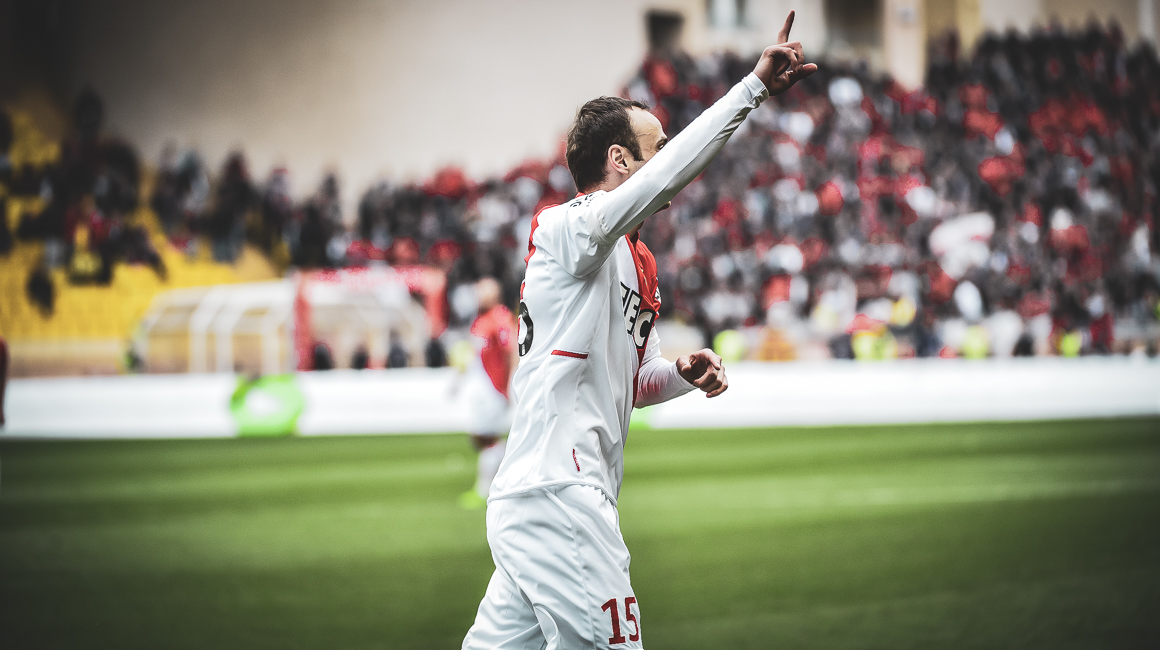 A beautiful European campaign as a farewell tour

All the more so in a very young squad. Together with Ricardo Carvalho, Andrea Raggi, Jérémy Toulalan and Joao Moutinho, “Dimi” was therefore responsible for mentoring, advising, leading and setting an example. That’s exactly what he did, helping to launch Leonardo Jardim’s exceptional career in the 2014-2015 Champions League.

We obviously remember the second Monegasque goal he scored on the counterattack at Wembley against Arsenal in the round of 16 first leg. It was an action typical of his style, a perfectly-placed shot that found the back of the net courtesy of his fine touch. Dimitar Berbatov alsoproved that day that he could be clinical in the opponents’ area. His shot across goal hit the mark, and he lead his teammates to a massive result in the legendary London stadium.

Much more than a temp

This glorious journey, which would end in the quarterfinals against a clever Juventus and a missed call on a penalty, would not detract from the happiness that we felt when seeing the passion of Anthony Martial and the virtuosity of his elder that season. Moreover, AS Monaco finished a very solid third place in the league, still hindered by the absence of its star, Radamel Falcao.

Much more than temporary solution, Dimitar concluded his stint in the Principality with 18 goals and eight assists in 53 games for the Red and Whites. He left behind the image of a player who was talented, classy, endearing, very funny and above all faithful. So faithful, that when he was questioned last Saturday on RMC Sport to discuss the Premier League match between his two former clubs, Tottenham and Manchester United, he did not fail to mention the victory by Monaco in the big Ligue 1 match against PSG. Great Dimi!