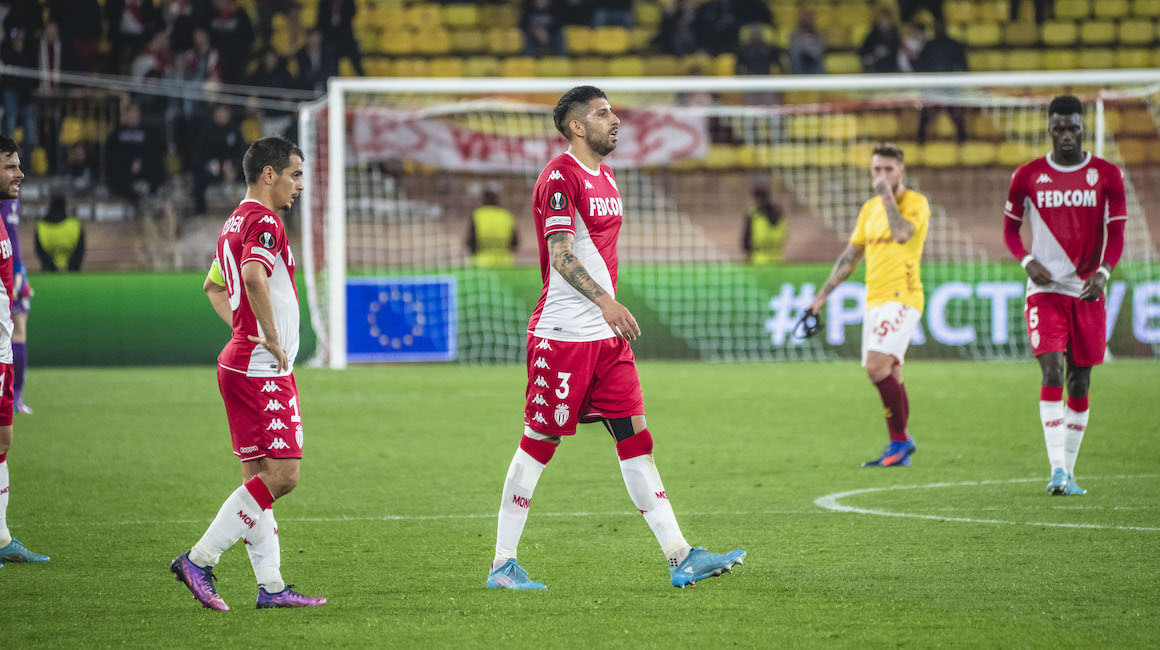 At the end of a match where they tried hard, the Rouge et Blanc did not manage to overcome the first-leg deficit against a very solid Braga side, the match ending in a draw (1-1).

Despite numerous efforts against a tightly-knit Braga defence, AS Monaco couldn’t do better than a draw at home (1-1). It was an insufficient result to continue the team’s adventure in the Europa League. In an attempt to overturn the two goal deficit from the first leg, Philippe Clement chose to line up a 4-4-2 with Jean Lucas in midfield and the duo of Gelson Martins and Diop on the wings. 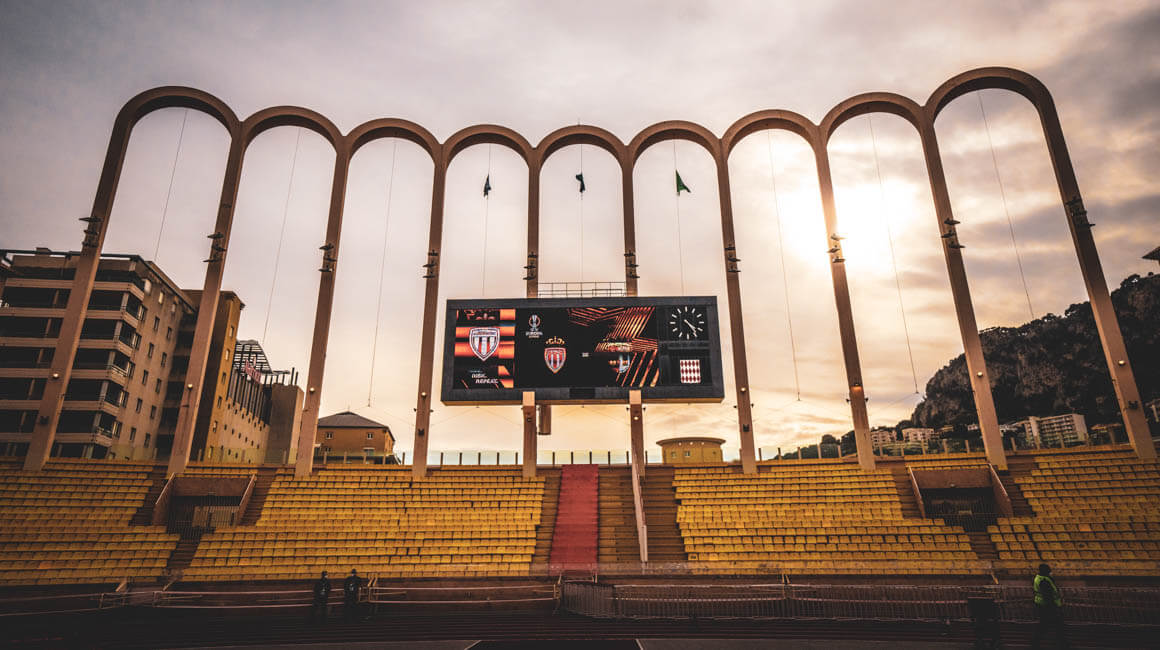 Domination without a breakthrough

In the third minute of play, Ricardo Horta had an effort, taking a shot from outside the box that had Alexander Nübel beat, but fortunately, it flashed wide. The response was immediate and it came from Gelson Martins, but it was off-target (5′). Jean Lucas then had a free kick from 30 meters but it was gathered by Matheus (8′). As if to underline their status as the team with the most shots on goal by far in the Europa League, Braga would continue with a barrage of attempts from distance.

Unfortunately, as in the first leg, it was the Portuguese who opened the scoring with a deflected shot by Abel Ruiz from 25 meters, after a magnificent save by Nübel (0-1, 19′). The Rouge et Blanc immediately tried to react with a header from Axel Disasi on a free kick from Caio Henrique (25′). Then, after a fine bit of collective play, Gelson Martins picked out Kevin Volland, whose header was deflected behind for a corner by Matheus (33′), before Wissam Ben Yedder tried his luck on the turn (35′).

Halftime came after a final attempt by Wissam Ben Yedder, without success (45′). The Monegasque captain distinguished himself as soon as he returned from the locker room with a strong strike from close range, this time with his left (50′). But a goal wasn’t coming, which forced Philippe Clement to make a triple change, moving to playing with three defenders. Caio Henrique and Vanderson would play higher, and it turned into a cross from the right side for a cushioned header by Kevin Volland (57′) which flashed over the bar.

The German then managed to slip the ball into Myron Boadu in the box, but the Dutchman  was caught out by the Portuguese defence (59′). On a rare counter-attack, Abel Ruiz almost doubled the lead, but his powerful strike was blocked by Alexander Nübel (60′).  AS Monaco would quickly regained control of the match, but Volland was again denied by the Braga defense (68′) as the Portuguese held firm.

End of the European adventure

A newcomer in midfield for the visitors, Lucas Mineiro, was then even close to offering a second to his teammates with a header which grazed the left post of Nübel (79′). An answer, though, would come from Vanderson, who shifted onto his left foot to test Matheus (82′). It was end to end; and then Fabiano tried his luck (83′) but Nübel gathered.

A ray of hope would come from Axel Disasi on a corner by Aleksandr Golovin (1-1, 90′), but, the Rouge et Blanc still had a two-goal deficit to overcome on the tie, and the match ended on level terms. We will have to raise our heads this weekend against Paris Saint-Germain to keep up with the top sides. 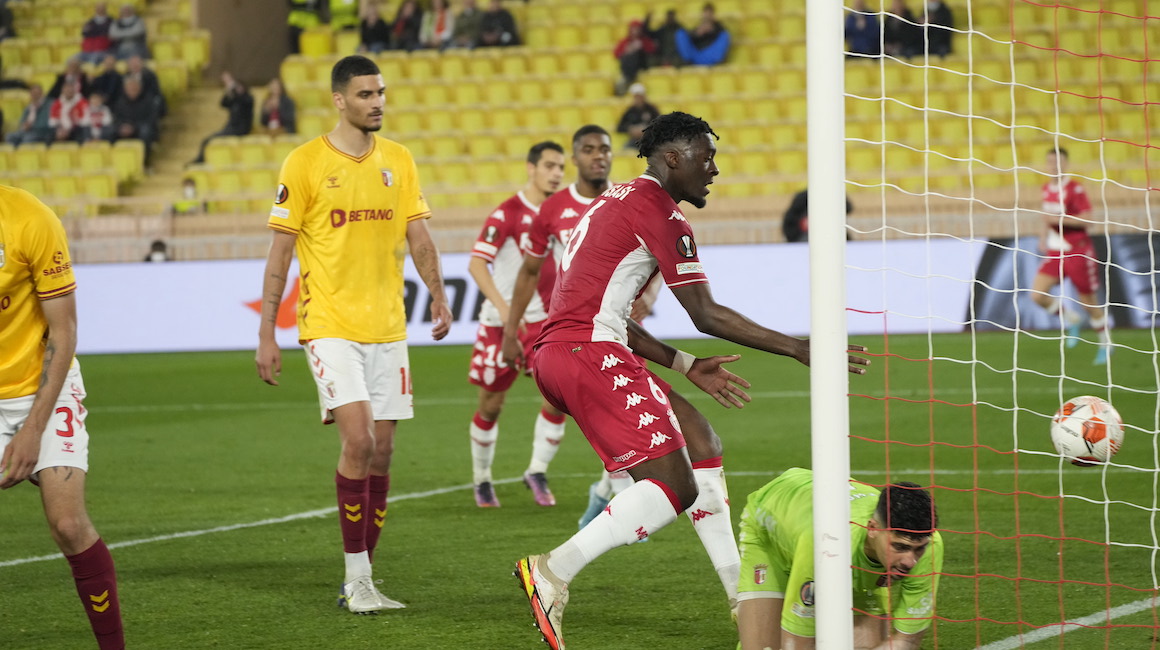 Europa League – Round of 16 second leg