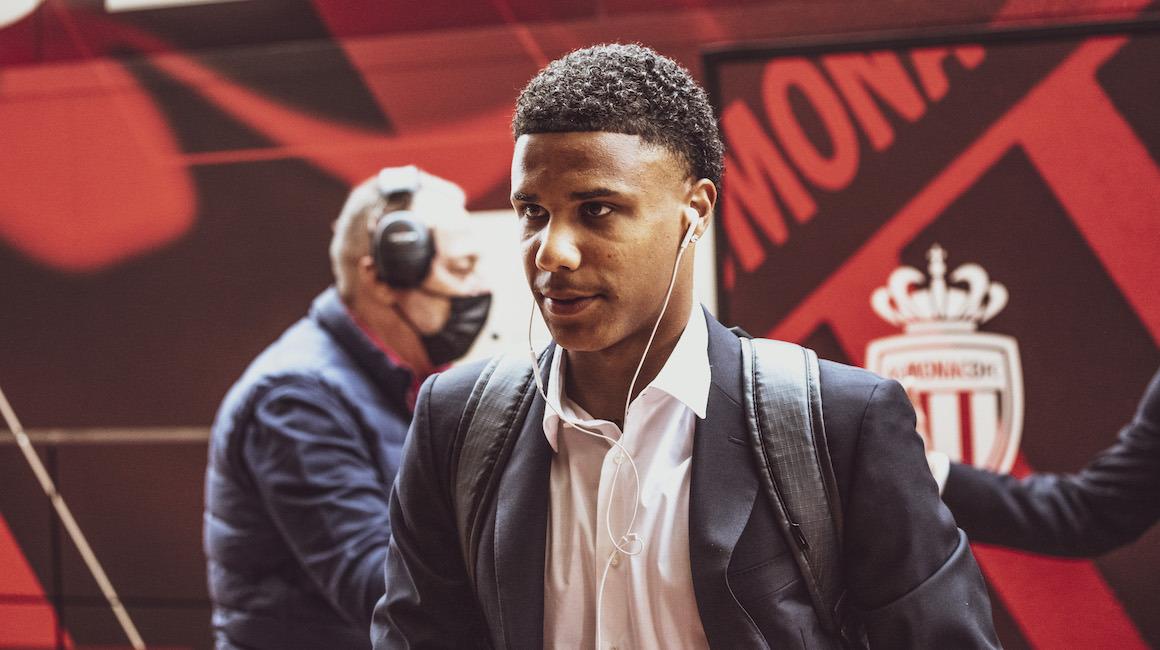 Before playing in the last four "finals" of the season in Ligue 1 and hoping for a place on the podium, AS Monaco's German left back spoke at length about his career.

He has just delivered his second assist of the season to Saint-Etienne for his friend, Myron Boadu! Perfectly integrated into the AS Monaco squad, which remains on a series of six straight wins before a visit from Angers Sunday (3 p.m.), Ismail Jakobs has already played 35 games with the Rouge et Blanc. His career, his relationship with his hometown, Cologne, his tattoos … The German left back has told us his story in detail. Read more in this exclsuive interview for asmonaco.com. 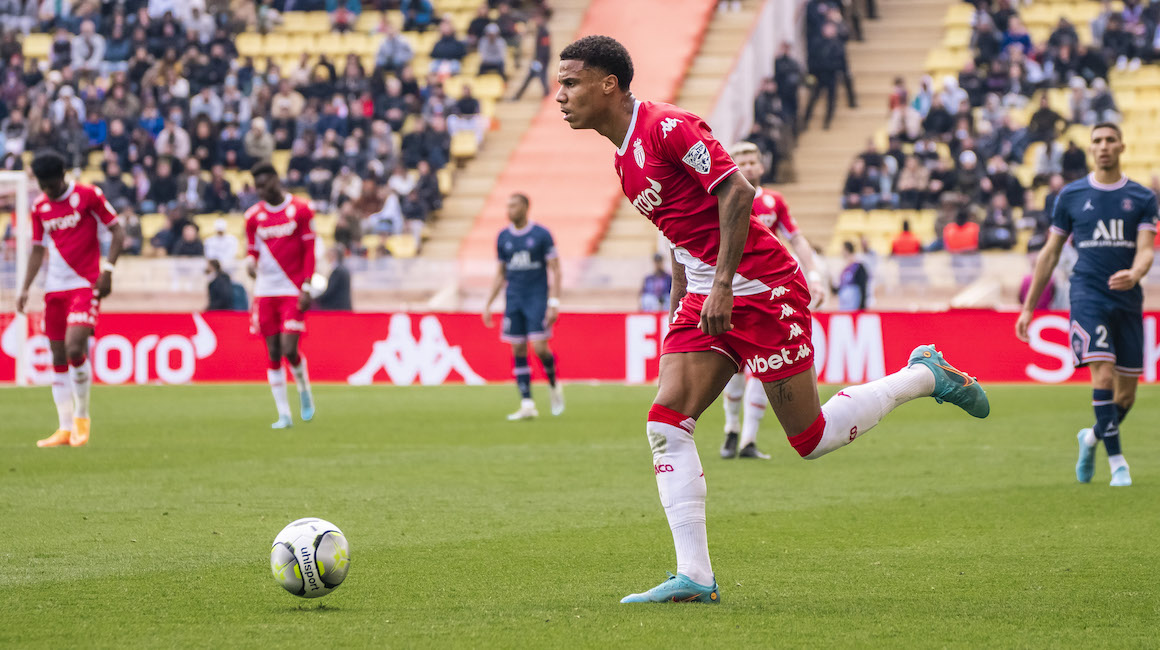 Hello Ismail. To start, can you go back to your beginnings in Cologne, and tell us what this club means to you?

I was born in Cologne, and when you grow up there, you can only be a supporter of this club. There is a really special atmosphere in this city and the stadium (the RheinEnergieStadion, editor’s note). And I must say that it has always been a dream to wear the colors of my first club, the one that saw me arrive when I was a child. I was 12 when I joined the youth academy, and it was a dream for me to imagine one day playing with the first team.

How did you experience leaving, after spending 10 years there?

Obviously it was not easy at first for me, because it was a big change. I had some very good years with FC Cologne, but the last two seasons were tough, and I think that to turn a corner in my career, I had to leave. For me it was not about leaving Cologne, but taking the next step and growing as a player. This is the reason why I decided to join AS Monaco.

I think any football player should have the ambition to win every game. Unfortunately sometimes you lose, and when I was a child, I had a lot of trouble understanding and accepting that. I actually cried a lot at that time, because I always hated losing (smiles).
Ismail JakobsOn his hatred of defeat

For people who don’t know you very well yet, can you describe your qualities on the pitch?

I am an attacking left back, with a good burst of pace and energy. I like to get forward and help my team to attack. But I do think that my top quality is to be fast. When I was a kid I wasn’t as fast, because I was still small and very frail, so I think that happened with time and development.

When you were younger, you never liked to lose a match…

I think any football player should have the ambition to win every game. Unfortunately sometimes you lose, and when I was a child, I had a lot of trouble understanding and accepting that. I actually cried a lot at that time, because I always hated losing (smiles). Even today, when there we lose, I take it home with me. In my opinion, football is a sport that generates very strong emotions.

Since the day we arrived in the Principality, we have done everything together. I think the fact that we have the same "background" brought us closer. And then we have the same way of thinking, so that has immediately bonded between us.
Ismail JakobsHis relationship with Myron Boadu

To come back to your career, you won the U-21 Euros with Germany in 2021. Is this one of the best memories of your young career?

Of course, this is my first title, so it made an impression on me! In addition it was a special competition, because it took place in two phases, because of Covid. First there were the group stages in March, and then the second phase starting with the quarterfinals in June. We had a very good team, but no real stars like in England for example, who were the favorites for the tournament. Like the senior team who won the 2014 World Cup, we had a very good team spirit, and that allowed us to win this competition I think. It’s probably one of the best moments of my career so far!

Benoît Badiashile and Aurélien Tchouameni also played these Euros (Youssouf Fofana was in the squad for the quarterfinals). Had you already met them before signing here?

Unfortunately not, because we did not play against France. We thought we would be facing them in the semi-finals, but they lost against the Netherlands, with a brace from Myron Boadu I believe (smiles). At that time, I did not yet know that I was going to join AS Monaco and meet them here.

Myron is one of your good friends in the locker room…

Since the day we arrived in the Principality, we have done everything together. I think the fact that we have the same “background” brought us closer. We both left our country of origin for the first time, we are almost the same age (22 years old for Ismail, 21 for Myron, editor’s note)… And then we have the same way of thinking, so that has immediately bonded between us. Then there is also the German part of the team, with Kevin Volland and Alexander Nübel. It’s always nice to have teammates who speak the same language. We often see each other away from the club to enjoy moments together, outside football. The language plays a big role in these cases, to bring you closer to people who understand you.

I have always been a fan of David Alaba! He was an attacking left-back at Bayern Munich, like me, before moving back into central defense with Real Madrid. But that's also what I like about him. No matter what position he plays, he always performs well. He also has a very good mentality, so he is really one of my role models.
Ismail JakobsOn his footballing role models

You are German of Senegalese origin on your father’s side. What does this country represent for you?

It’s a part of me. I’ve had the opportunity to go there several times to visit my family. Unfortunately I don’t speak French very well at the moment, but I’m trying to learn (smile). Senegal is part of me, of my history, and I am proud of that.

To come back to football, who are your role models in your current position?

I have always been a fan of David Alaba! He was an attacking left-back at Bayern Munich, like me, before moving back into central defense with Real Madrid. But that’s also what I like about him. No matter what position he plays, he always performs well. He also has a very good mentality, so he is really one of my role models. I watch him play a lot. I also really like the style of Leroy Sané, obviously in a position other than mine.

You have already played 35 games with AS Monaco. What is your assessment of the time since your arrival here?

I think that at this stage of the season, we have passed a real milestone collectively compared to the start of the season which was more difficult. We are more of a team, and there are better connections, I would say, on and off the pitch. I am happy to play with this group, and I hope to be able to continue to show my qualities in the run-in. 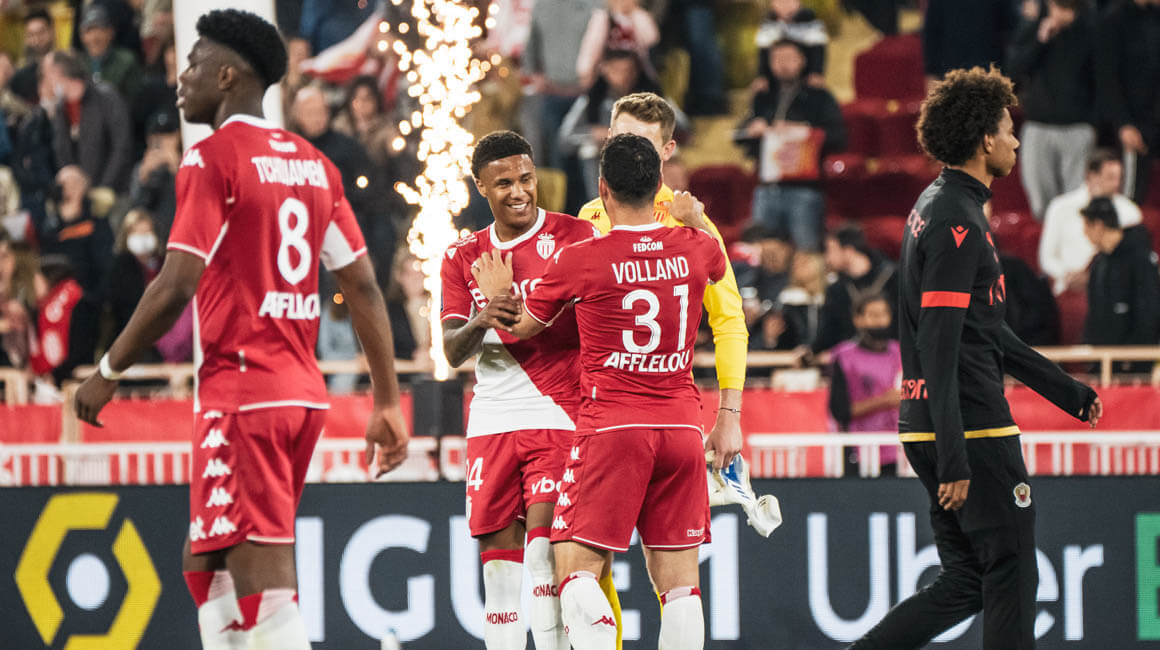 We recently talked about the importance of team building. Was it important for you to spend this time together off the pitch?

Yes I think it is very important to share things also outside of football, to strengthen the ties in the group. But also with the staff and all the people who work alongside us on a daily basis. It is essential that we all be united together! And as we have seen, this has been reflected in the results, since we have won every match since. To achieve our end-of-season goals, it’s very important to all be working together in the same direction, the whole Club. It will help us.

Most of my tattoos are related to my family or my religion, because I am very religious. I have the name of my parents, a tattoo in common with my brother...
Ismail JakobsOn his tattoos

You have already had an assist, for Sofiane Diop in Europe. Is this a stat you would like to improve?

Obviously I always have the ambition to be involved offensively, to create chances, and to make assists. Even maybe score a goal! And I think I can progress at that level, that’s for sure. My first goal with AS Monaco? I would like it to come by the end of the season (laughs). In any case, I already have my celebration in mind. But I’m not going to reveal it, “stay tuned”!

Do you now feel fully integrated into the AS Monaco family?

Honestly, even at the start of the season, I always felt comfortable in the team. But inevitably now, we feel more a group spirit has developed over time.

What can we wish you for the future with the Club?

Personally, the most important thing for me is to avoid injury first. I hope to play as much as possible, score my first goal and then to score more and more. In short, to have success with a team in which I feel very good.

Finally, can you tell us about your many tattoos, what do they represent?

These are also a part of me. Most of my tattoos are related to my family or my religion, because I am very religious. I have the name of my parents, a tattoo in common with my brother… (He points) I even tattooed “Family” just on my chest, and I have Christ just below (smiles). I love them all, but I think the most important to me are my parents’ names. What’s next?  (smiles) I haven’t planned to do another one yet, in any case my father must not know about it. 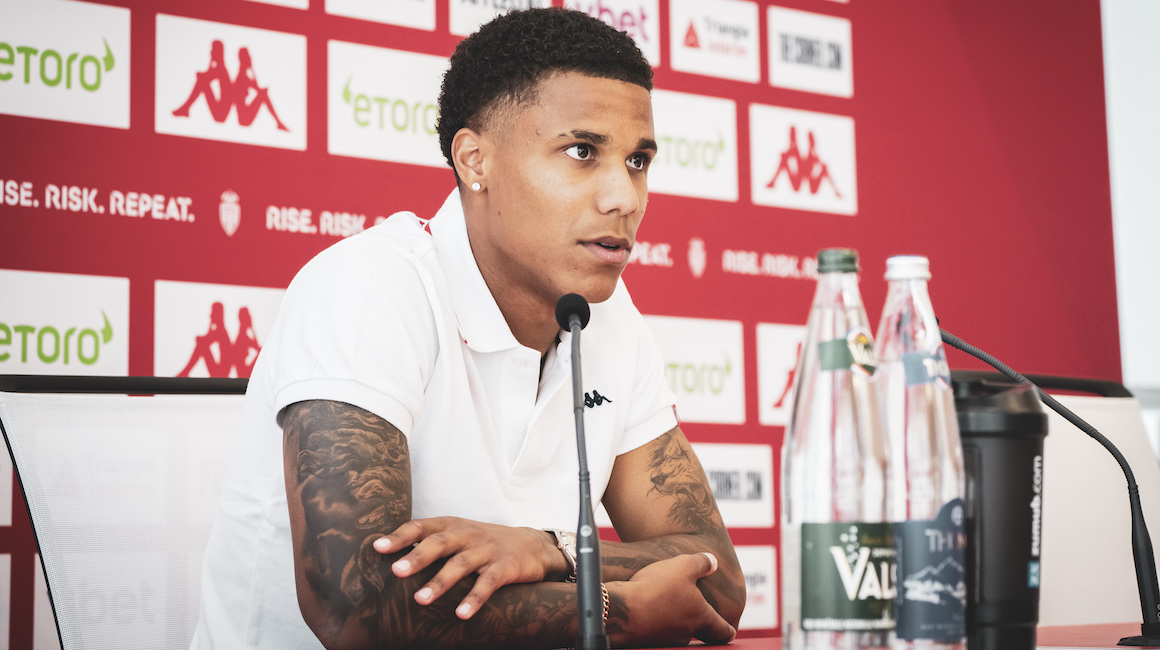 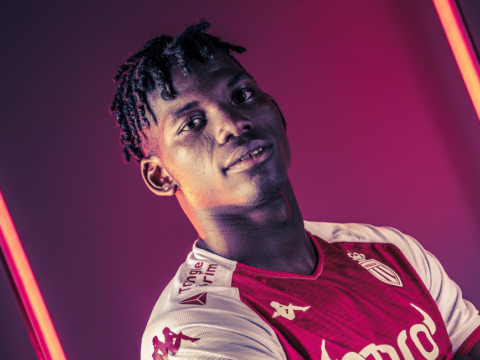