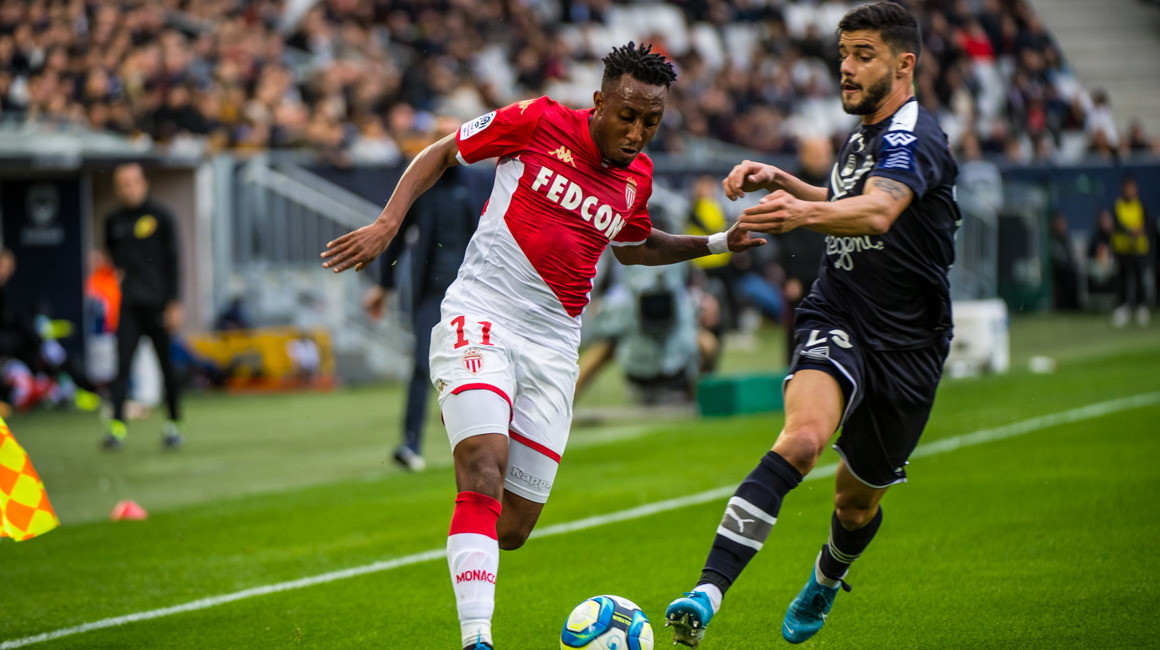 Niko Kovac: "Important to reduce the number of errors"

Wissam Ben Yedder: "Focused on Bordeaux"
AS Monaco this Sunday hosts Girondins de Bordeaux, who have the third best defense in Ligue 1 with 5 goals conceded, behind the two leaders Paris and Rennes (3 goals against). Get to know more about our next opponent.

After Olympique Lyonnais, the second most faced team in the elite (108 times), now comes Girondins de Bordeaux, whom AS Monaco will meet for the 110th time in the top flight. The match, a part of the 9th Matchday of Ligue 1 Uber Eats, will take place this Sunday, November 1 at 5 p.m. at the Stade Louis-II, without spectators, following recent announcements by the French government.

Ninth in the league with twelve points, Girondins de Bordeaux started the championship ideally with three matches without defeat and zero goals conceded (0-0 draws against Nantes and Lyon, a 2-0 victory away to Angers). If they then conceded their first setback of the season by losing to Lens (2-1), the Aquitaine side immediately got back to basics. Benoît Costil, the Bordeaux goalkeeper, did not concede a goal in the two matches that followed against Nice (0-0) and Dijon (3-0 victory). After a tough match in Marseille (3-1 defeat), the Bordelais came back strong, beating Nîmes last week (2-0). Bordeaux are the team that have kept a clean sheet the most often in the 5 big European leagues this season (6 clean sheets).

Hatem Ben Arfa with a new lease on life?

This defensive strength on the part of Bordeaux is probably the result of their continuity. During the summer transfer window, the Girondins did not welcome any new players into their team and the defense (usually Loris Benito, Laurent Koscielny or Paul Baysse, Pablo and Youssouf Sabaly) has therefore already  had plenty of familiarity with each other. In attack, Jimmy Briand scored his 100th goal in Ligue 1 last week and will of course be one to watch, like Josh Maja, Rémi Oudin, Nicolas de Préville or even Ui-Jo Hwang, all capable of playing brilliantly in the attacking third. It’s an attack which was boosted on October 7 by the arrival of Hatem Ben Arfa, a mesmerizing attacking midfielder who drew a penalty last week and who seems to be getting back to his best.

Bordeaux are a good team, one point ahead of us today and they have a very good defense. We have to be careful because they also have good attackers and a good midfield.
Niko KovacManager, AS Monaco

We need to continue to get to know each other and to create new relationships that will allow us to do things well. The coach has only arrived recently, we must not forget that about him. We have to understand everything the coach wants us to so and what style of play he is asking for. It didn't work against Montpellier and Lyon, but we are working hard to earn a victory on Sunday against Bordeaux.
Wissam Ben YedderForward, AS Monaco

AS Monaco – Girondins de Bordeaux by the numberss