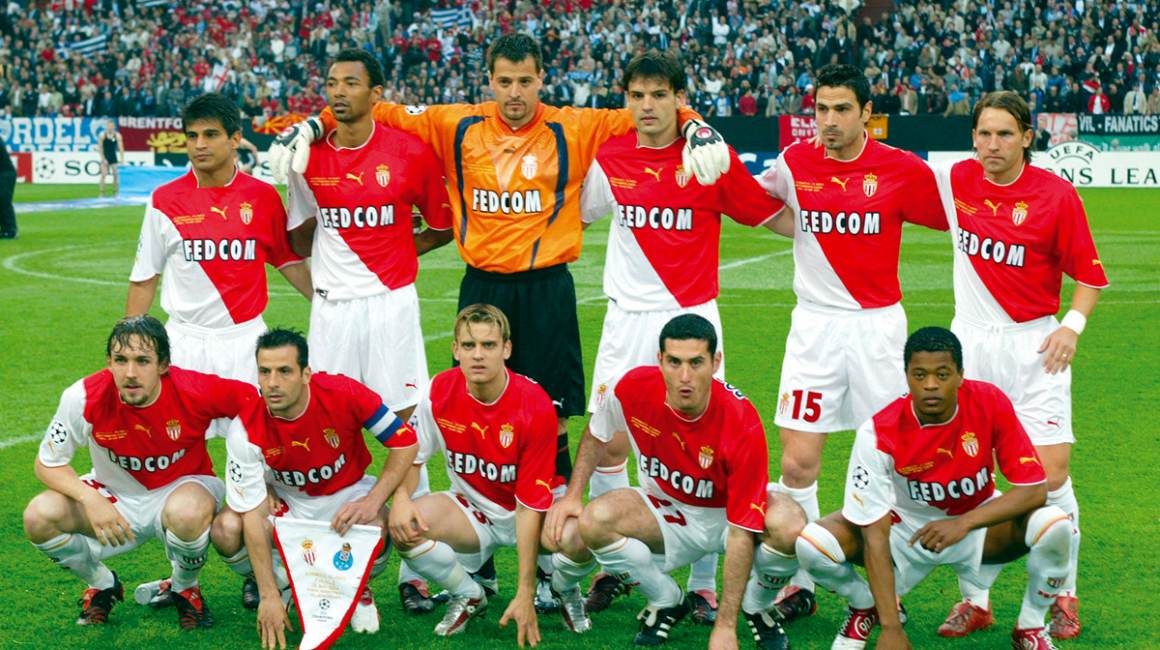 The team’s first decade without a league title since 1960, the 2000s were nonetheless the scene of AS Monaco’s greatest European achievement, with a difficult future in store.

The brilliantly won title of 2000 gave way to a season much less rich in emotions. AS Monaco was eliminated from the group stage of the Champions League and finished 12th in the league. Beaten 2-1 in the Coupe de la Ligue final by Lyon, the Rouge et Blanc would be absent from European play. In 2001, Claude Puel was replaced by Didier Deschamps, who had a challenging start before finishing in fifteenth place for his first season.

Another slow start the following season, however, did not prevent the Rouge et Blanc from finishing second in the leage and winning the Coupe de la Ligue in front of 80,000 spectators at the Stade de France, winning comfortably against Sochaux. Shabani Nonda finished top scorer in the league, Jérôme Rothen topped the assists chart, and youngsters such as Squillaci and Evra were recognized as future members of the French national team. AS Monaco would now win a new competition, three years after the last, and with it the right to compete in the Champions League. This season was also marked by the departure of Jean-Louis Campora, after twenty-eight years as president, being replaced by Pierre Svara.

A journey in red and white

The latter will only spend one season in this position, but what a season! The first part was coruscating in the league, and the same was true in the group stage of the Champions League, which saw AS Monaco triumph over AEK Athens, PSV Eindhoven and Deportivo La Coruña. We should note here a memorable 8-3 win against the Spanish team at the Stade Louis-II, a day of glory for the Croatian striker Dado Prso, scorer of an exceptional four goals on his birthday! The second half was heroic, even if the team’s European adventure had some consequences on the final table in Ligue 1. After having occupied first place through the first three quarters of the league season, AS Monaco did end up on the podium but only at the end of the season, in third place. As for the Champions League, the Monegasque epic of 2003-2004 will live on in the hearts of an entire generation. AS Monaco successively eliminated Lokomotiv Moscow, a Real Madrid led by Zinedine Zidane and then English club Chelsea, coached at the time by a certain Claudio Ranieri. The formidable run came to an end in Gelsenkirchen where FC Porto dominated the final and won 3-0. The “big-eared cup” was not to be lifted, but this team and its heroes — Roma, Ibarra, Evra, Squillaci, Givet, Rodriguez, Bernardi, Zikos, Plasil, Giuly, Prso, Morientes, and Nonda — made club history and a firm impression in the memory of the supporters of the Rouge et Blanc.

The seasons that followed were more chaotic. Three presidents followed one another in less than five years: Michel Pastor, who gave way to Jérôme de Bontin in 2008, who would then be succeeded by Etienne Franzi in 2009. Similar instability was found on the sidelines. Francesco Guidolin succeeded Didier Deschamps during the 2005-2006 season, only to be replaced in 2006-2007 by Lazlo Bölöni who would spend only a few weeks at the helm of a team that had fallen into the anonymity of midtable in Ligue 1. Laurent Banide, who had been working at the academy for several seasons,  stepped in, before the former Brazilian defender Ricardo arrived from Bordeaux at the dawn of the 2007-2008 season. But the success was still not to be found even if this period saw many young talents  pushing for a place in the first team. To help them grow, the keys to the team were given to Guy Lacombe in 2009. The season began with humility but determination. The club ended it with a Coupe de France final, losing in extra time against PSG (0-1), and eighth place in Ligue 1, their best finish since 2004-2005. This relief was unfortunately short-lived because a challenging period awaited AS Monaco… 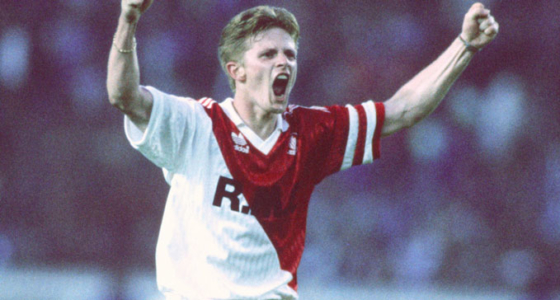 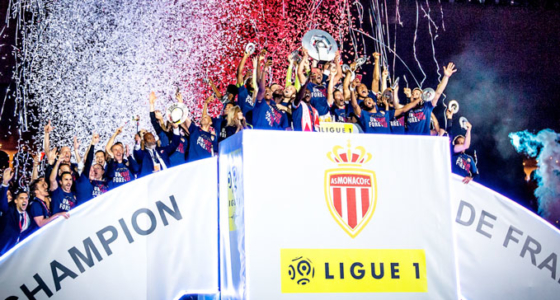