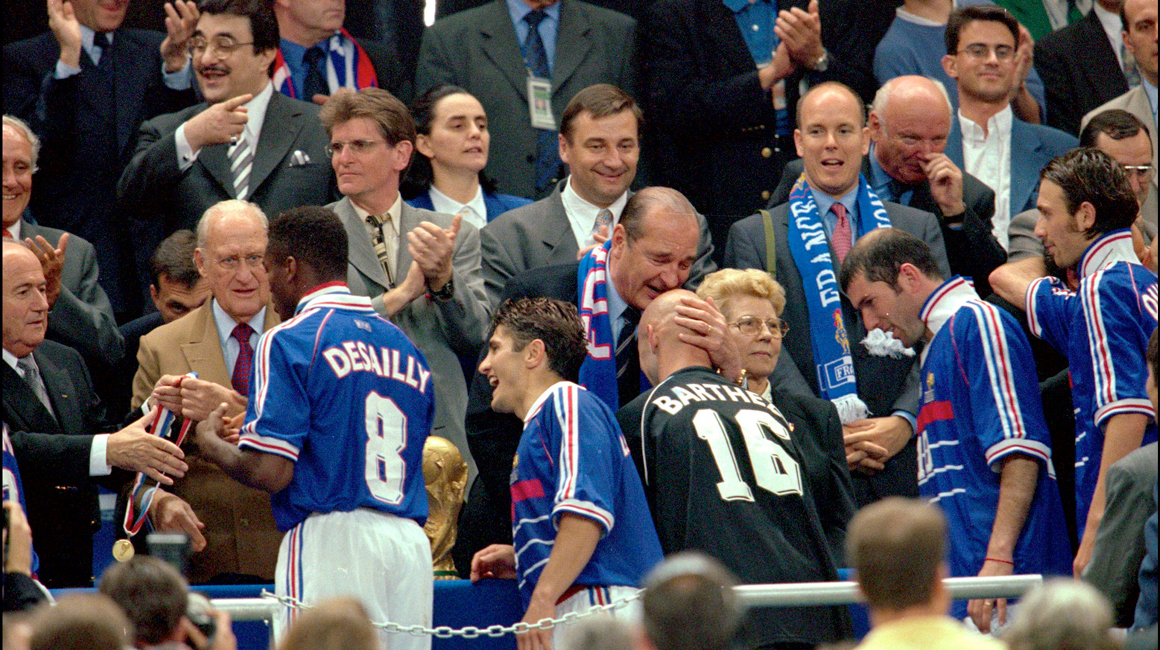 With the sad information of his death at the age of 86 having just come through before noon, Leonardo Jardim opened the pre-match press conference by paying homage to Jacques Chirac.

President of the French Republic from 1995 to 2007, after having served as Prime Minister and Mayor of Paris, Jacques Chirac handed the World Cup Trophy to Didier Deschamps on July 12, 1998, under the watchful eye of SAS Le Prince Albert II of Monaco, present in the presidential rostrum during this historic match.

Everyone also remembers today the image of the French president embracing the bald skull of Fabien Barthez, then goalkeeper and captain of AS Monaco, in a famous imitation of Laurent Blanc, who had made this mark of friendship a lucky charm before each game of the Blues during this 1998 World Cup.