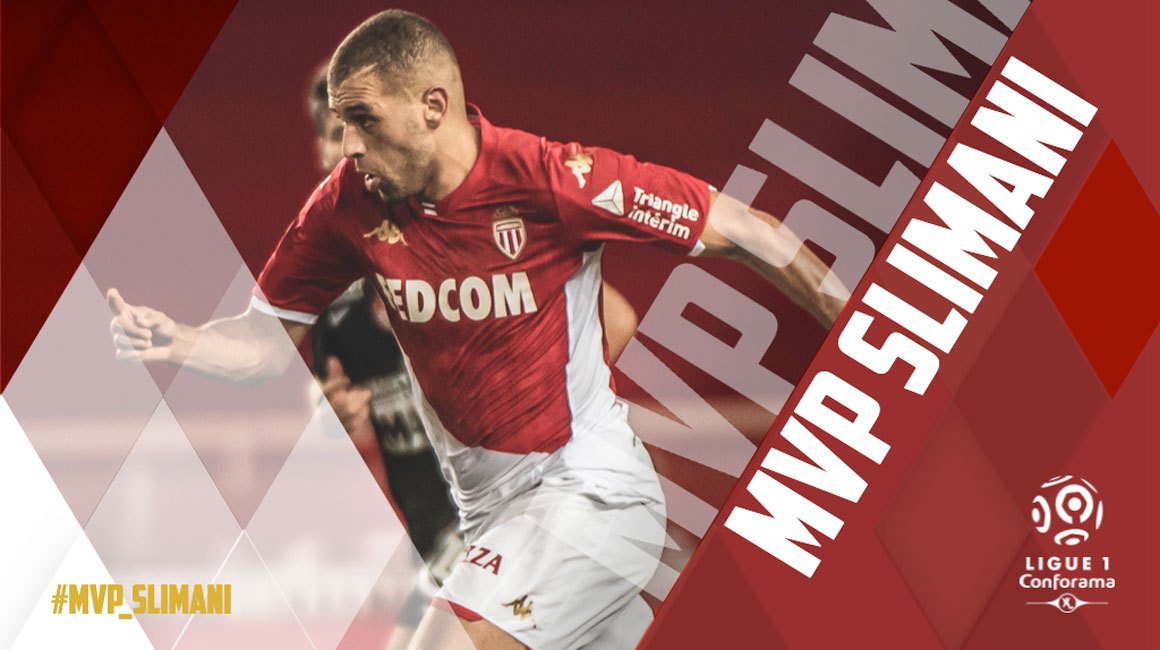 The Algerian striker was elected your MVP for September ahead of Aleksandr Golovin and Wissam ben Yedder on the AS Monaco App.

With a little more than 56% of the votes in his favor, Islam Slimani saw his excellent month of September rewarded. Author of a double and an standout display in Strasbourg, the Algerian international had already been elected MVP of this match on the 4th matchday of Ligue 1. Scorer with his national side during the break, he turned provider against OM and Nice, before playing a real masterpiece against Brest to complete this month of September with a “fireworks” display.

A goal and three assists allowed Islam Slimani to show all the spontaneity, variety and richness of his game. It is thus logical that he obtained his second award of the season by being named the MVP of the match, before being named player of the month. His partnership with Wissam Ben Yedder is a delight for any football fan. The duo only needed a few moments to make themselves known. Beyond his connection with Ben Yedder, through his passes for Gelson Martins and Keita Baldé against Brest, the Monegasque striker shows he can find connections with all his teammates.

And when it is necessary to place a header on the ball at the first post on a defensive corner, or to be a target on a long ball forward, the native of Algiers is always ready. At age 31, Islam Slimani has lost none of his legendary and unifying work ethic. When an attacker fights on every action with so much determination, this can only positively affect the team. And when he adds experience and confidence, such as his “Zidane” gestures, like that pass of incredible precision for Keita Baldé against Brest, or the one that teed up Aleksandr Golovin in the derby, there is only one thing to say: more! 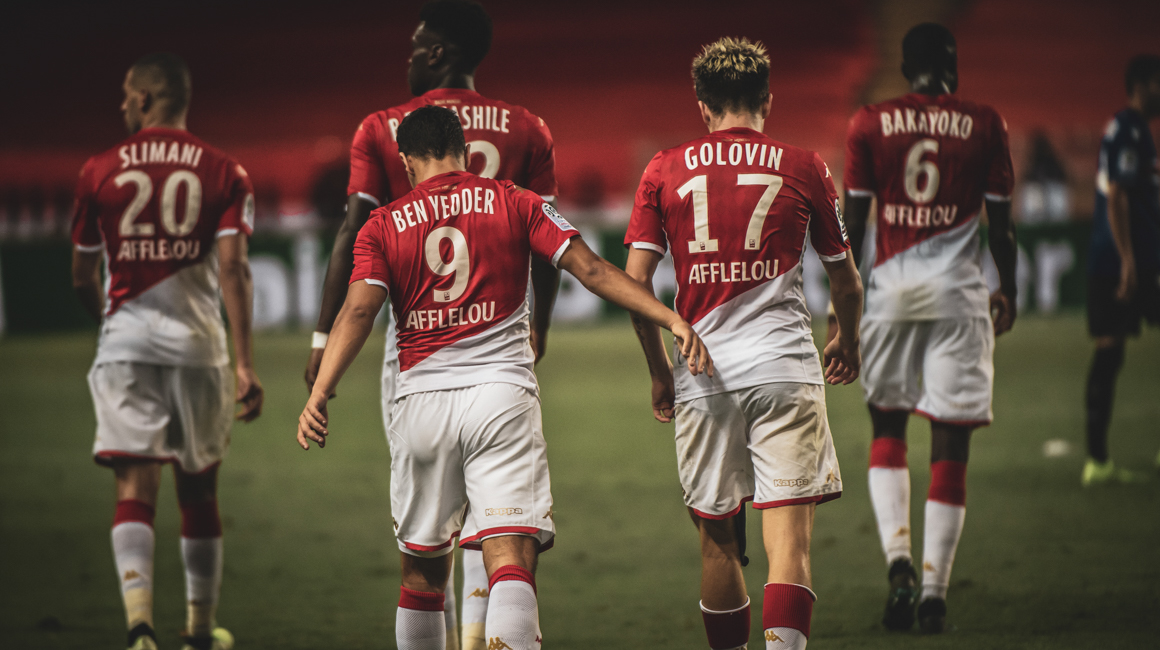 In second place in this vote MVP of September, “Golo” also achieved some great performances, culminating in his Man of the Match performance against Nice. A magnificent double and an assist that allowed AS Monaco to record its first success of the season, it was not enough to win the hearts of red and white fans. Third place was logical: Wissam Ben Yedder. Author of a double against OM, a goal on the break in the derby, and the opener against Brest, the French international has already found the net five times in Ligue 1 this season. Ideally suited for his role as leader of the attack, he has made the start of the championship quite exciting.