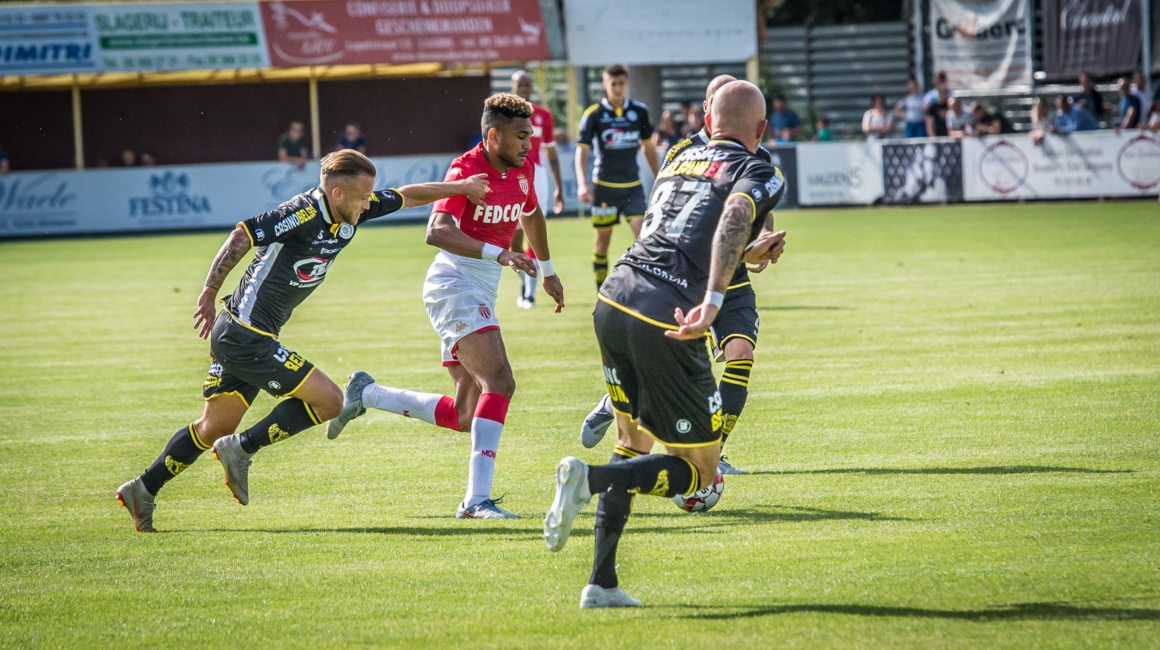 Harisson Marcelin loaned to Cercle Bruges
AS Monaco announe they have reached an agreement with Spanish club Real Club Deportivo Mallorca for the transfer of the 21-year-old right winger.

He joined AS Monaco when he was just 18 years old. Having arrived from the FC Barcelona academy in July 2017, Jordi Mboula first joined the Academy’s youth teams. He is particularly noted for his play in the UEFA Youth League, where he scored four goals, including a double against Besiktas in 2017. He continued his training with the reserves, before gradually working his way into the first team.

A first goal in Ligue 1 at Troyes

He made a first appearance in Ligue 1 the following season, in April 2018. Barely a month later, he scored his first professional goal away to Troyes. In all, he appeared twelve times for the Red and Whites, and even came on in a Champions League match against Atlético Madrid in September 2018..

He then had a loan spell at Cercle Bruges, the sister club of AS Monaco, then again at Huesca in Spain. Jordi will now continue his career in his native country, as he joins Real Club Deportivo Mallorca, in  the Spanish 2nd division, with whom the Principality club has reached an agreement.

The club wish him the best for the future and a very good season to come.