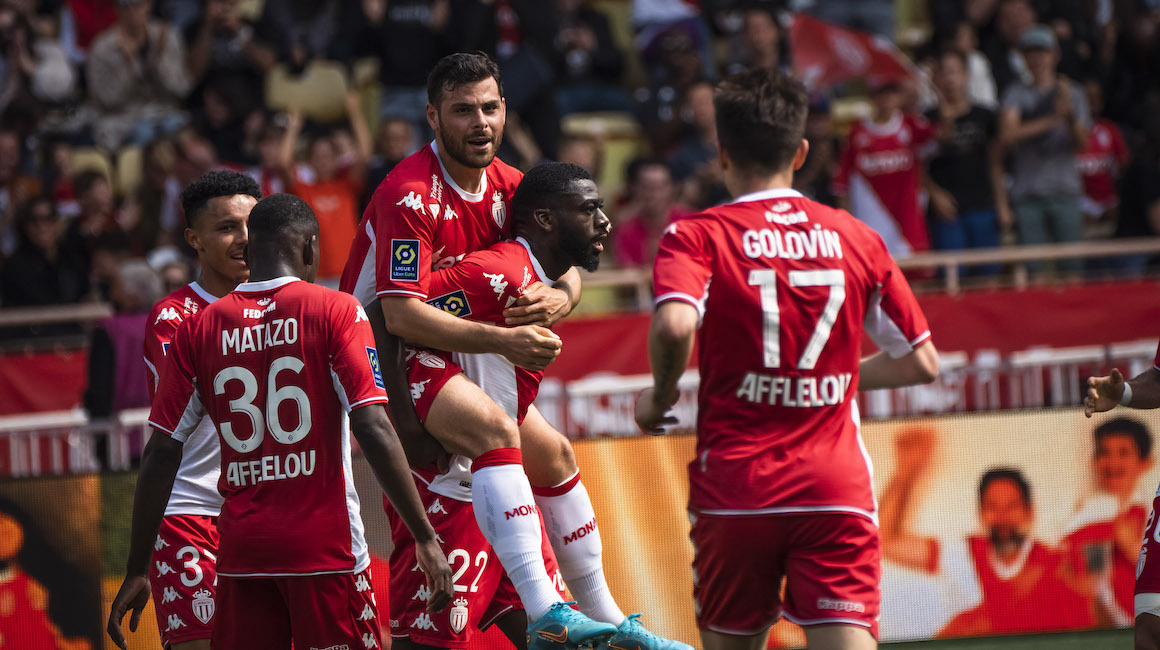 Delighted to have obtained a seventh victory in a row in Ligue 1 at the Stade Louis-II against Angers (2-0), the Monegasque striker spoke with the media after the match.

And it’s seven! Already on the best current run in the five major European leagues with six victories in a row, AS Monaco followed those up with a seventh  against Angers today at the Stade Louis-II (2-0). It’s a result that allows the teammates of Kevin Volland,  who set up a goal for his Yedderland partner, to still hope for a place on the podium come the end of the season. In any case, they drew level on points again with Stade Rennais. It was therefore with plenty of joy that he spoke at the end of the match. 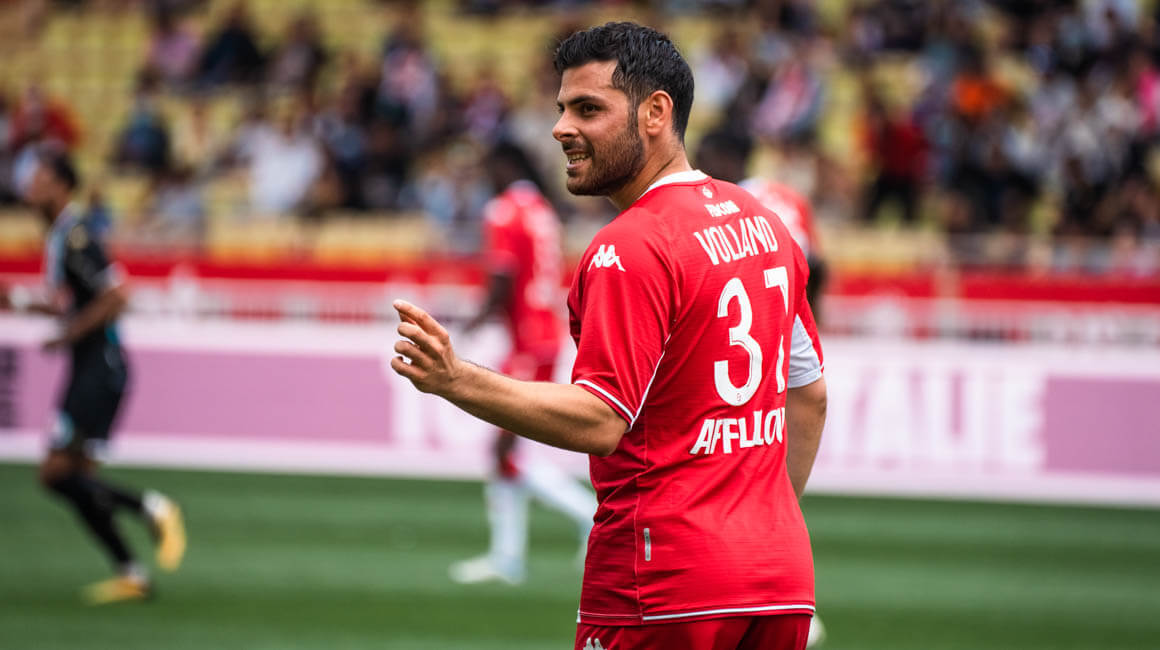 Hello Kevin. It’s a good victory, and a particularly important one today…

It was our goal to win this game to stay in the race for Europe. It’s never easy to play these kinds of games against mid-table teams, and we’ve dropped a few points this season in this situation. Today we worked hard and had a great second half, so I think we deserved this victory.

I obviously try to be as decisive as possible and to have good statistics, but what matters most to me is to give everything for the team, to fight for my teammates.
Kevin VollandOn his finishing

We sense a great deal of confidence in this squad. Is that your opinion too?

The mood is very good! The most important thing is that we are growing together as a team, because we are already very strong individually. We can still improve in my opinion over the last three games we have left to play. There is a very important match which is coming Friday in Lille. We still want to win this game, and we think it’s possible, if we do it together.

You had another assist for Wissam Ben Yedder today. Yedderland is back…

(He smiles) We’re back! We try to be dangerous in every game, like we were last season, when our statistics were very good. They have not been bad either this season (smile). But more seriously, my priority is to win the matches as a team. When we play like this as a team, with this solidarity, it’s great, and it’s also something we feel off the pitch. 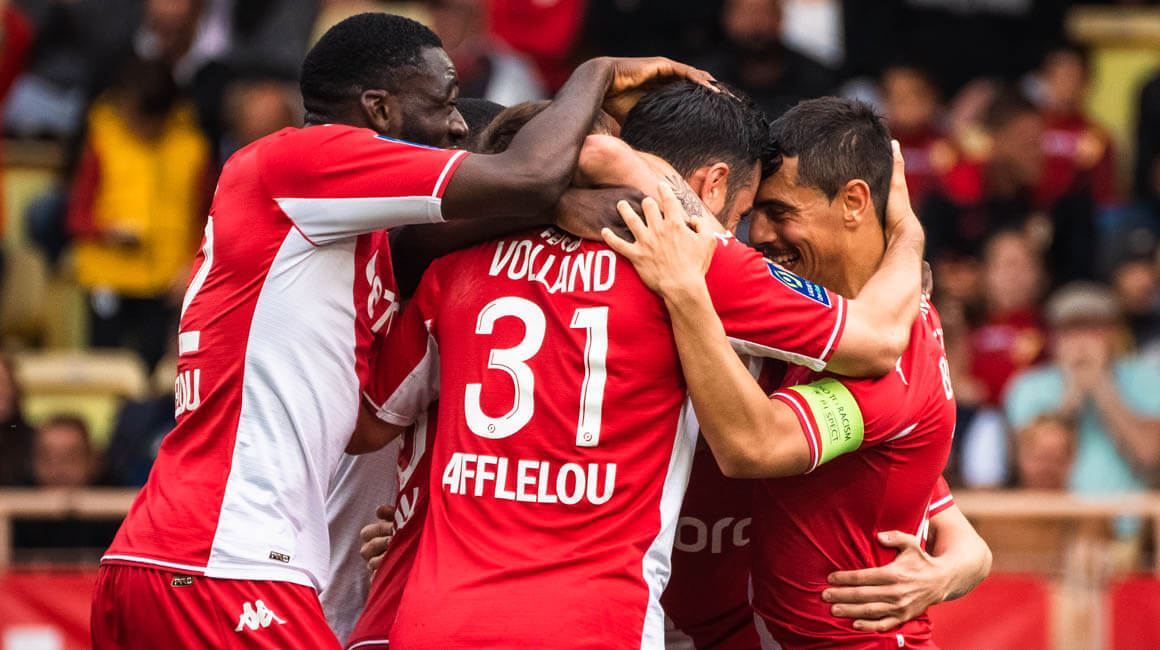 Personally you have now been involved in 15 goals this season (8 goals, 7 assists). It’s a great level of performance…

Yes it’s good. I obviously try to be as decisive as possible and to have good statistics, but what matters most to me is to give everything for the team, to fight for my teammates. Once again we have three weeks left in this season, three games to win. We know that all matches are hard to win in Ligue 1. That’s why we must stay focused on our objectives and not get lost along the way.

He is good in behind the defence, in tight spaces and has a wonderful technique in front of goal. It is truly an honor to play with him.
Kevin VollandOn his relationship with Wissam Ben Yedder

Wissam Ben Yedder scored his 21st league goal, a record for him in a season. We imagine that you are just as happy for him?

He played really well today, as he has been doing lately. He is always dangerous in the opposing box. It’s a pleasure to play alongside him, because he delivers great balls to Golo and me in particular. He is also very intelligent in his reading of the game, which allows us to change positions sometimes during the game. He is good in behind the defence, in tight spaces and has a wonderful technique in front of goal. It is truly an honor to play with him.