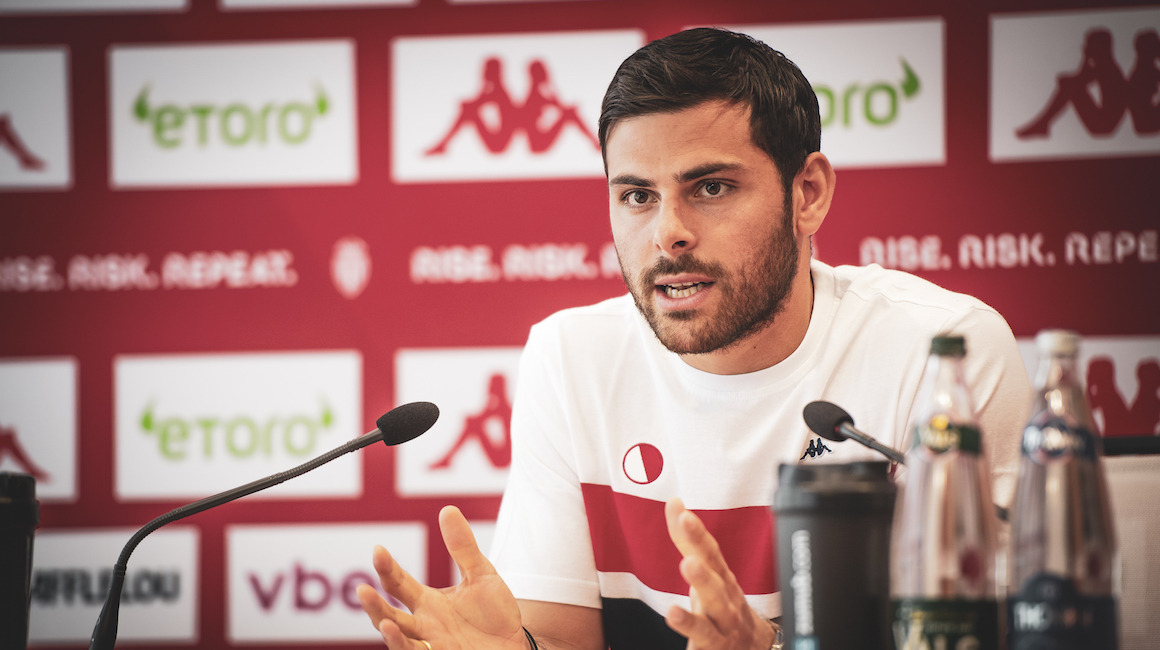 AS Monaco's German striker, who scored last weekend against Troyes, spoke at a pre-match press conference, two days before the big match of the 32nd round of Ligue 1 in Rennes.

He scored his 100th league goal in the Big 5 leagues this Sunday! With a magnificent control  and finish against Troyes (in a 2-1 win), only 50 seconds after coming on, Kevin Volland has now been involved in 12 goals this season in Ligue 1. Before the big match in Rennes this Friday ( 9 p.m.), the German striker spoke about this return to form as well as the current form of AS Monaco with the media. 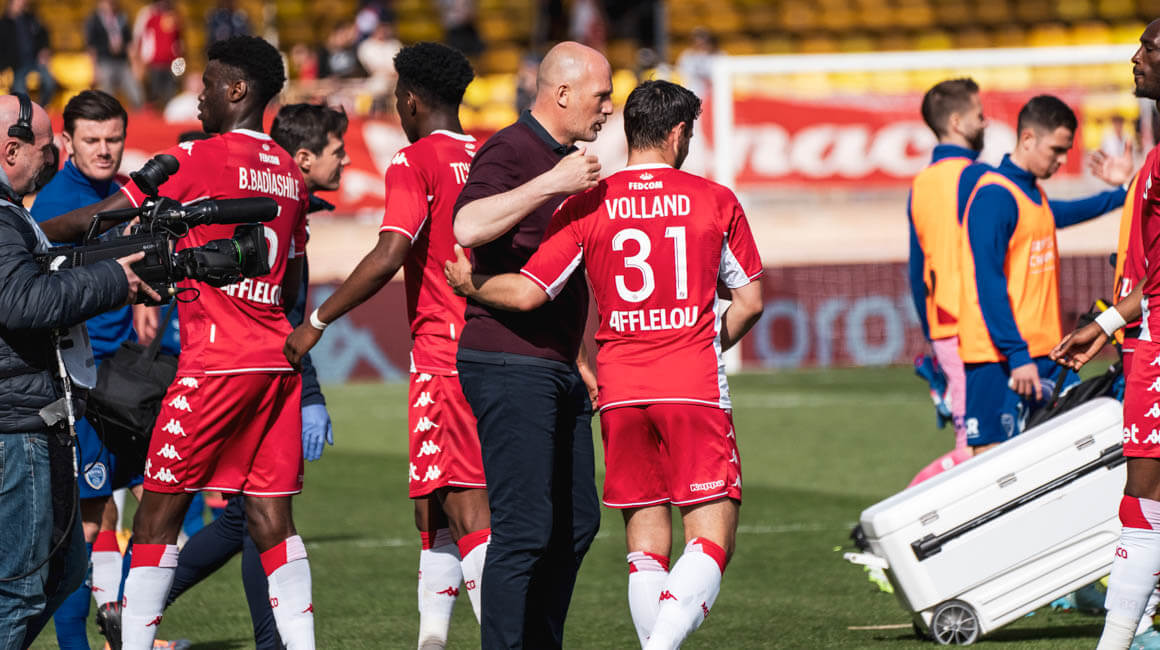 When we do activities of this type, it’s always good for the team, because we see each other very often in training, matches or in the locker room, but afterward everyone goes home. This therefore makes it possible to spend time together, during a barbecue for example, as was recently organized at the Performance Center. It’s always nice to talk in more depth, to talk in privacy, because it’s something that we may not have the opportunity to do as often. And it paid off, as we won the next match! Honestly, we’ve always had a good atmosphere within the team, but it’s true that doing this, moreover with the people who work for us as well, was really pleasant.

The two goals I was able to score recently against PSG and Troyes did me good. It's important for me to feel that I'm in good form and that I can help the team to achieve our goals.
Kevin VollandOn his return to form 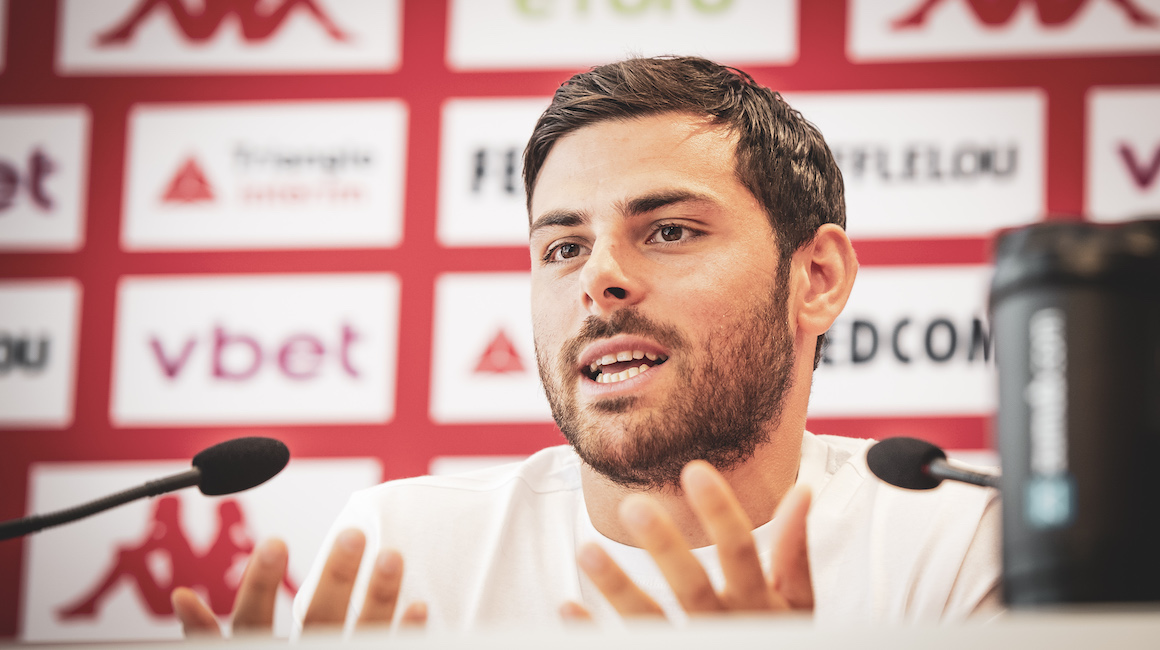 On the desire to get to back into Europe

I always do my best to help the team, and give 100%. But in football, you know there are always ups and downs. This was the case for me after the winter break, when I was playing less well. I am aware that I did not play at my best level at that time. I knew I could do better and have more impact on the team’s results. And the two goals I was able to score recently against PSG and Troyes did me good. It’s important for me to feel that I’m in good form and that I can help the team to achieve our goals.

It’s really a pleasure to play with a player of Wissam’s quality. Every time you give him a pass, he always makes good use of it… and it often ends in an assist (smiles)! He is having a great season, and we are very lucky to have him on our team. 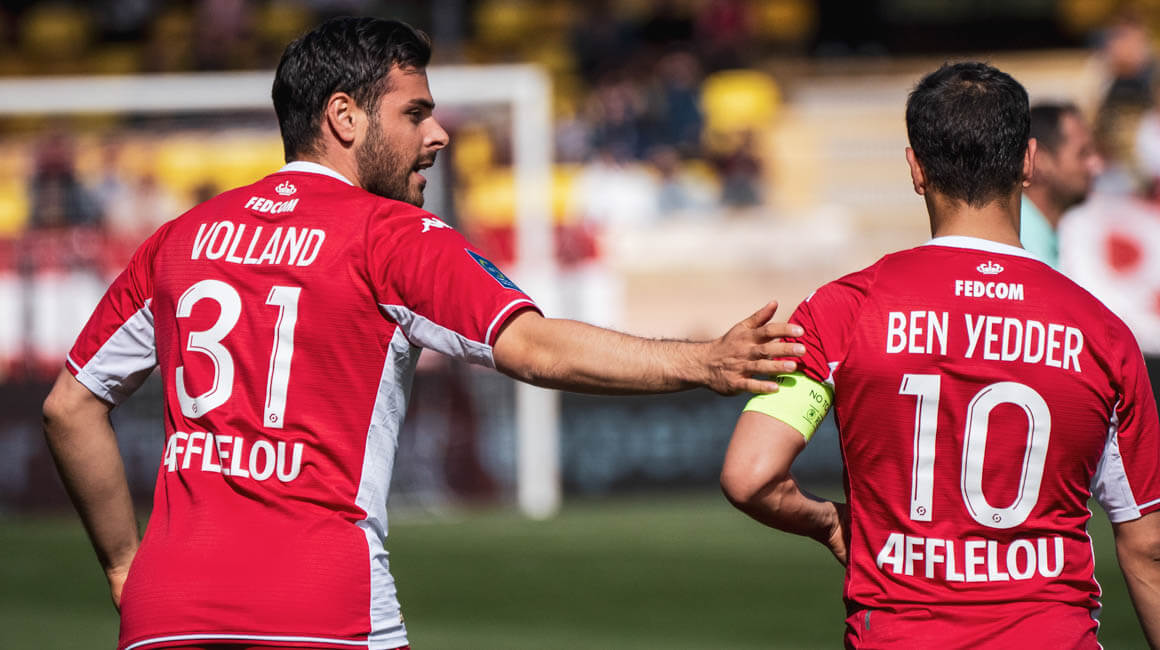 On work off the ball

It is true that the work of pressing, for example, is not always highlighted as an attacker. Obviously the staff, the coach and the players see what everyone is doing on the pitch and know that it is for the team. We sometimes have the impression, especially on social media, that if we don’t score or if we don’t have an assist, we have had a bad match. Five years ago, this sort work was perhaps more prominent than today, that’s how it is.

His adventure with AS Monaco

I am very happy to be part of this beautiful project at the great club that is AS Monaco. We are one of the best teams in France in many areas, and we can see it with the data, but unfortunately that has not always materialized in the results this season. We obviously want to put the Club back at the top of the table, and to play in Europe every year. As long as I am here, I will give everything for AS Monaco.

Are Rennes the best team in Ligue 1?

Stade Rennais are playing really well; they’re a very attacking team that scores a lot of goals. We like to play against this kind of side that dominates. Moreover, we have shown recently against Lyon, Marseille and Paris that we are capable of beating them. It’s quite a challenge, but we are ready to take up the challenge against Rennes. 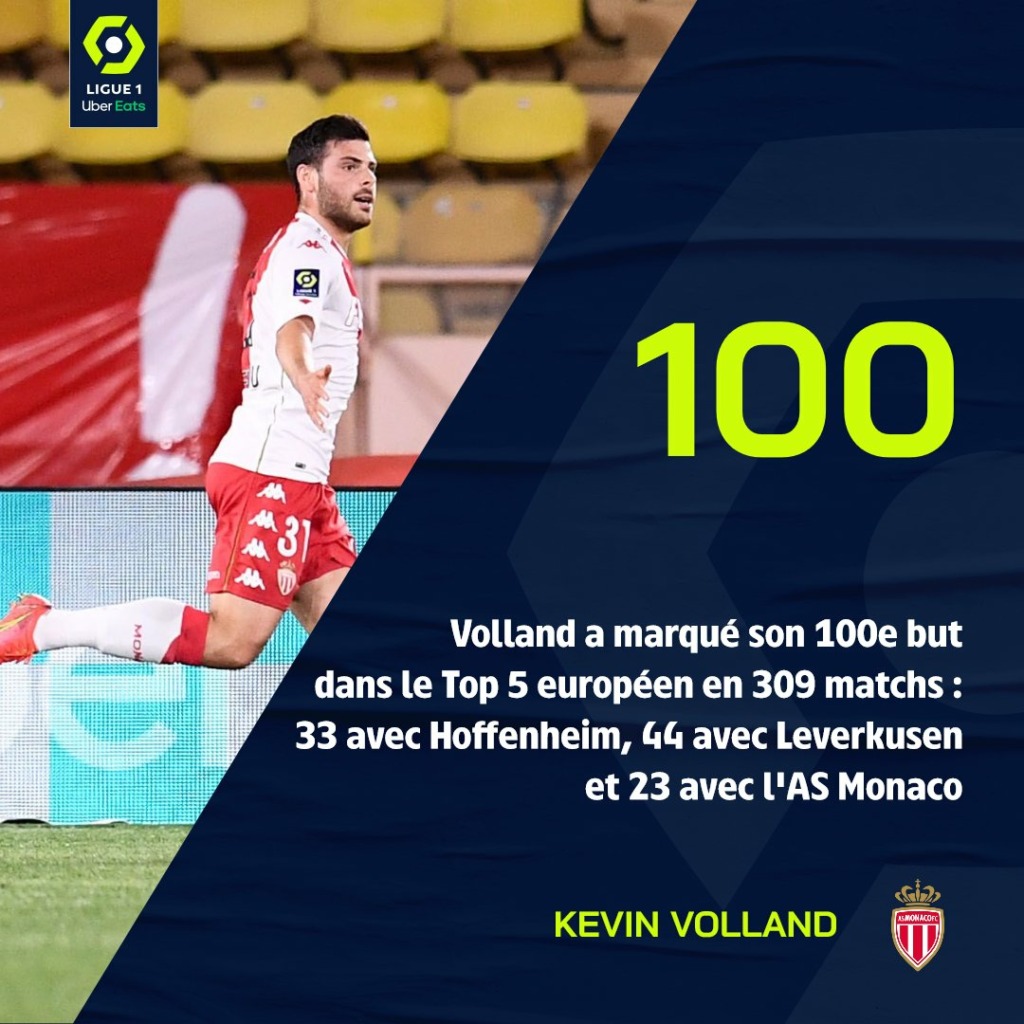 We are the Ligue 1 team that scores the most goals thanks to our substitutes. We have a lot of options in attack, which is something new, and I'm very happy to have this choice. (...) During the last match, Kevin, for example, came on and showed a lot of enthusiasm and effort.
Philippe ClementOn Kevin Volland

On his 100th league goal in the Big 5 leagues

Before the match I was not aware of this figure, but I was shown it on social media afterwards in the locker room. I must say that I am quite proud to have reached this mark. But I think I’m not too bad in terms of assists, either — 67 I think (smiles)! It’s a nice step forward. But it puts things into perspective a bit when we see that players like Robert Lewandowski are capable of scoring 40 per season. But I still hope to be decisive in the future, and I will do everything to make that the case.