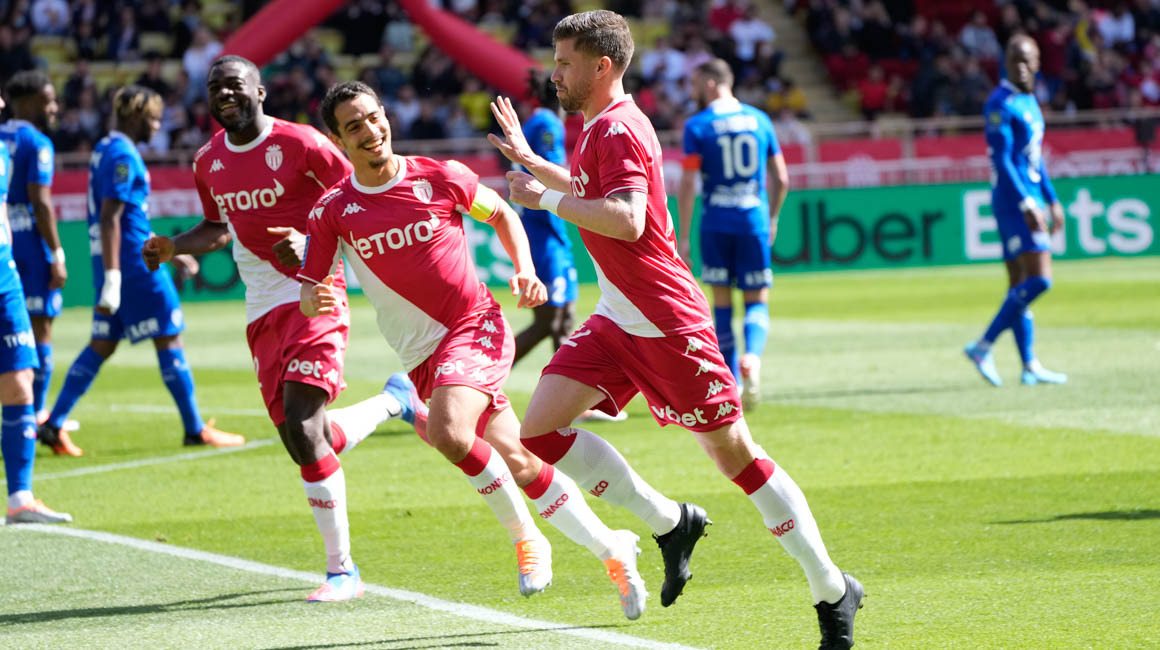 Thanks to superb goals from Caio Henrique and Kevin Volland, the Rouge et Blanc recorded their third consecutive victory by beating Troyes (2-1), on Sunday as part of the 31st round of Ligue 1.

Our good form continues! After victories against PSG (3-0) and Metz (2-1), AS Monaco recorded a third consecutive win against Troyes (2-1), as part of the 31st round of Ligue 1 this Sunday at the Stade Louis-II, earning three points that allow him to get even closer to European places.

To select his team, Philippe Clement had to make do without the services of Gelson Martins at the last moment and picked Myron Boadu to line up next to Wissam Ben Yedder in a 4-4-2. For the rest of the team, the last week’s winning eleven was unchanged.

A brilliant goal from Caio Henrique

Facing a Troyes team lined up in a 5-3-2 and playing very deep, the Monegasques still managed to be dangerous, but Jessy Moulin was vigilant to keep out Wissam Ben Yedder (10′) and an effort by Vanderson from 25 meters (16′). But the goalkeeper couldn’t do anything a few minutes later on a sublime free kick from Caio Henrique who scored, with style, his second goal of the season in Ligue 1 (1-0, 19′)!

Rewarded for their good start to the match, the Brazilian and his teammates proved dangerous on the counter through Myron Boadu, who unfortunately failed to take his chance (35′). After that, the visitors finally came back into the game just before the break with an unstoppable strike from Ike Ugbo, late of Cercle Bruges (1-1, 39′).

This little cold spell just before the break did not affect the motivation of the Monegasques, who did however show some nerves on a good overlap from Kaboré (47′). But Wissam Ben Yedder, with a superb run from midfield into the area, showed that the danger remained constant (54′), with Kevin Volland soon to make good on it!

Only on for a few seconds, the German international was on the receiving end of a cross from Aleksandr Golovin and gave the Monegasqies the lead with a sublime sequence, finished by a strike from the left on the turn which nestled just under the bar (2-1, 57′). It was a goal that freed the Rouge et Blanc but did not completely extinguish the hopes of ESTAC, close to equalizing through Ugbo, who was unmarked in the six yard box (68′), but the Monegasques held on and continued their good run!

We will have to wait less than a week to see them again, since a clash between direct competitors for the European places looms on Friday (9 p.m.). On the strength of their strong recent form, the Rouge et Blanc will travel to face Stade Rennais… before hosting Nice the following Wednesday in the derby. We’re eagerly looking forward to it! 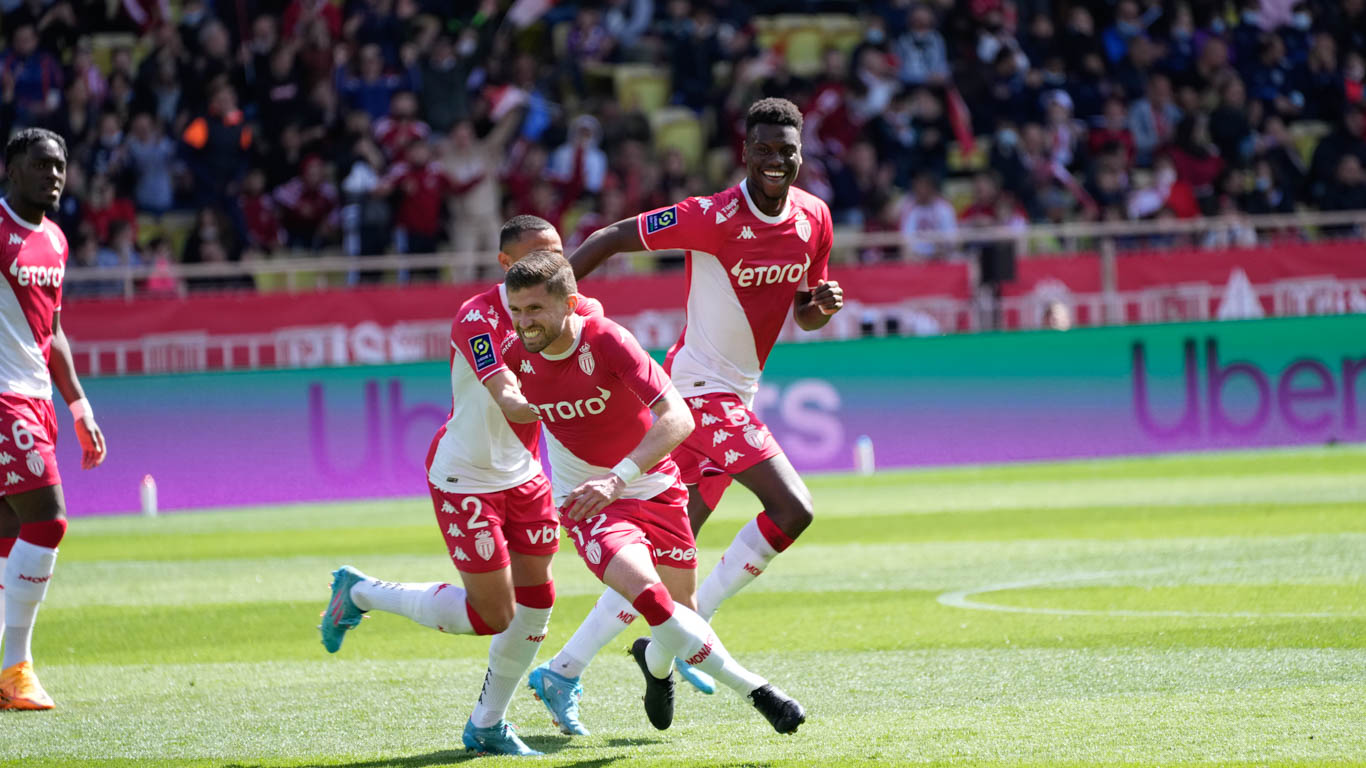