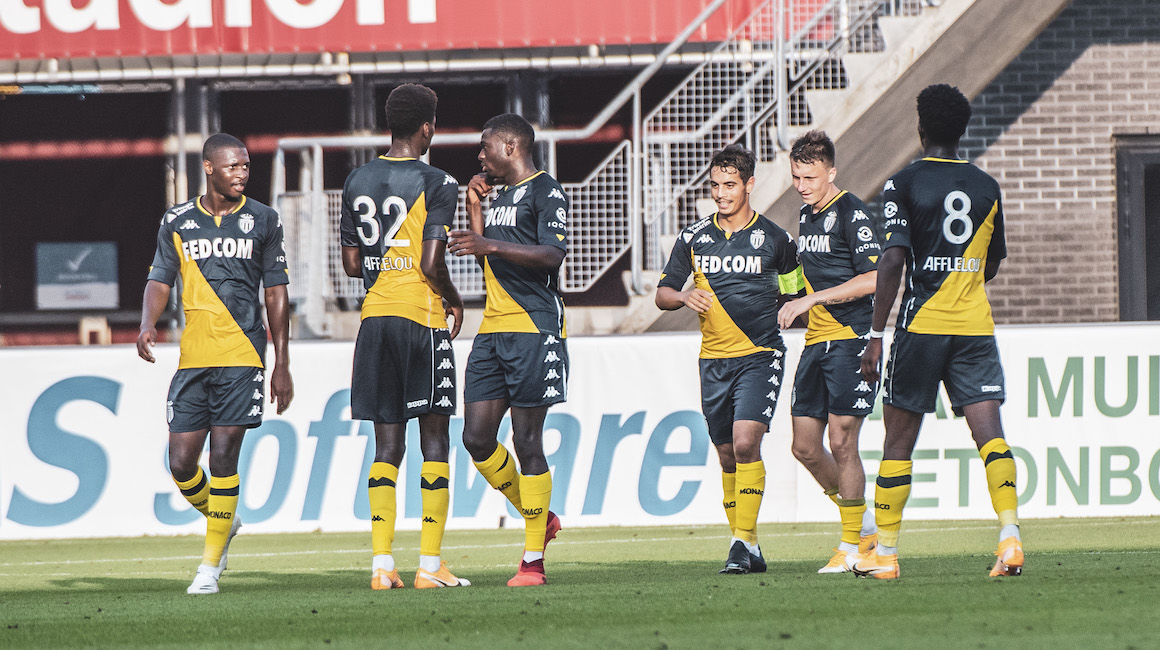 Eintracht Francfort 1-1 AS Monaco
Niko Kovac's players concluded their series of preseason matches with an impressive victory over Alkmaar (2-0), thanks to Aleksandr Golovin and Wissam Ben Yedder.

Just as it had agains against Cercle Bruges almost a month ago, success has arrived. And as on the pitch of their satellite club,  AS Monaco, with Aleksandr Golovin and Wissam Ben Yedder as the scorers earned a win for the Principality club against AZ (2-0). In their fourth preseason game, the Red & Whites were once again playing a 4-3-3, lining up as they had against Eintracht Frankfurt (1-1) two weeks ago.

Strong pressing from the Red and White

With a heavy line of pressure sustained at the edge of the Dutch penalty area, new captain Wissam Ben Yedder’s team-mates did not take long to control the match. Picked out well thirty meters from goal, Aleksandr Golovin brought the ball to the left side of the box, before unleashing a strike low across goal to the opposite side. The ball deflected in off the right post of Marco Bizot who was unable to do anything (20’, 1-0).

In the aftermath of the opener, Benjamin Lecomte made a nice save on a curling shot from the Dutch left winger (27’). The game, played at a good pace, despite the heat at the kickoff (26 degrees), soon gathered strength, with a big battle in midfield. There were few chances before half-time, however, marked by a bit of magnificent control from Gelson Martins, whose strike from the left did not get past the AZ goalkeeper (45’).

In the second half, Monaco’s domination would be felt even more, with strong efforts from Gelson Martins (47′), Nacer Chadli (48′), Wissam Ben Yedder (59′) and even Aurélien Tchouameni with a header (65′). It was finally, however on a deflected shot by Aleksandr Golovin, still playing a very inspired match, that Wissam Ben Yedder recovered the ball on the 6 meter line. Ever on the prowl, he beat the Dutch goalkeeper Marco Bizot to score Monaco’s second goal with ease (74’).

In the last quarter of an hour, Niko Kovac took the opportunity to make some changes. Alkmaar thought they could equalize twice, but Zakaria Aboukhlal was flagged offside (78 ’). And Benjamin Lecomte made a nice save from a free kick at the very end of the game (88 ’). AS Monaco thus won 2-0 in their final warm-up game, after a serious match with a lot of energy and constant pressure. It’s a good omen before the reception of Stade de Reims at the Stade Louis II on Sunday 23 August at 1 p.m.

To relive the match, join us on the AS Monaco App.