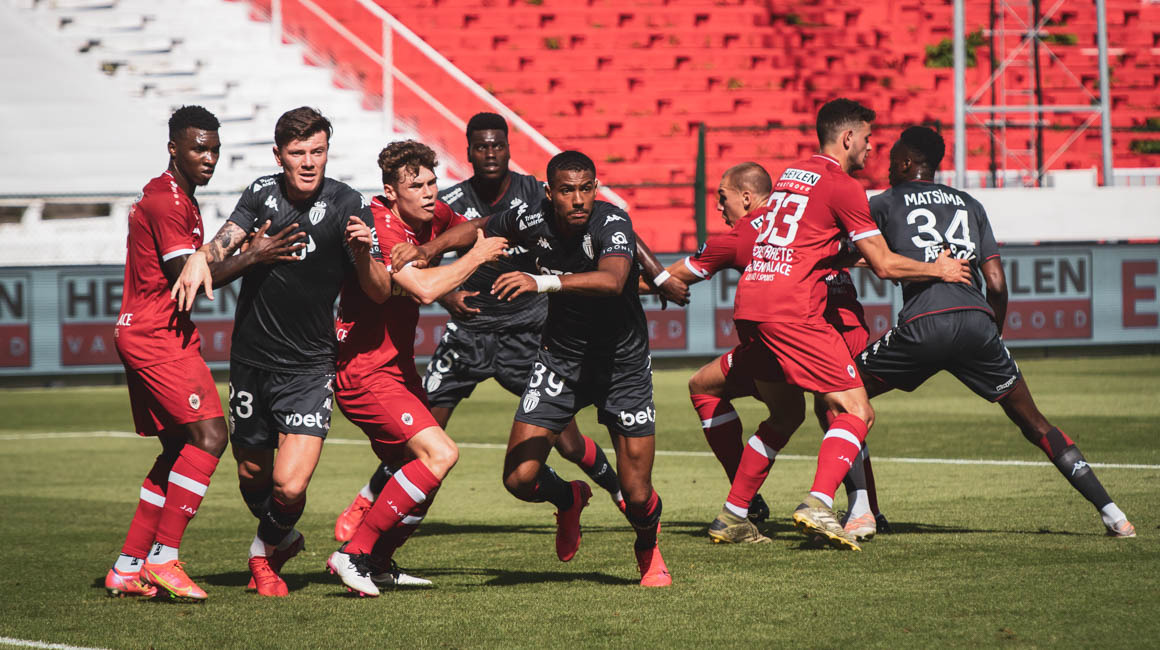 In their third game of pre-season, AS Monaco earned a scoreless draw against Belgian side Royal Antwerp FC.

A third friendly game for AS Monaco, this time against Royal Antwerp. For this encounter, Niko Kovac set out  – as he did in the first match – with a 100% Academy feel, Chrislain Matsima and Benoît Badiashile featuring. There was also a first appearance for our new recruit, Ismail Jakobs, playing on the left side of defence. 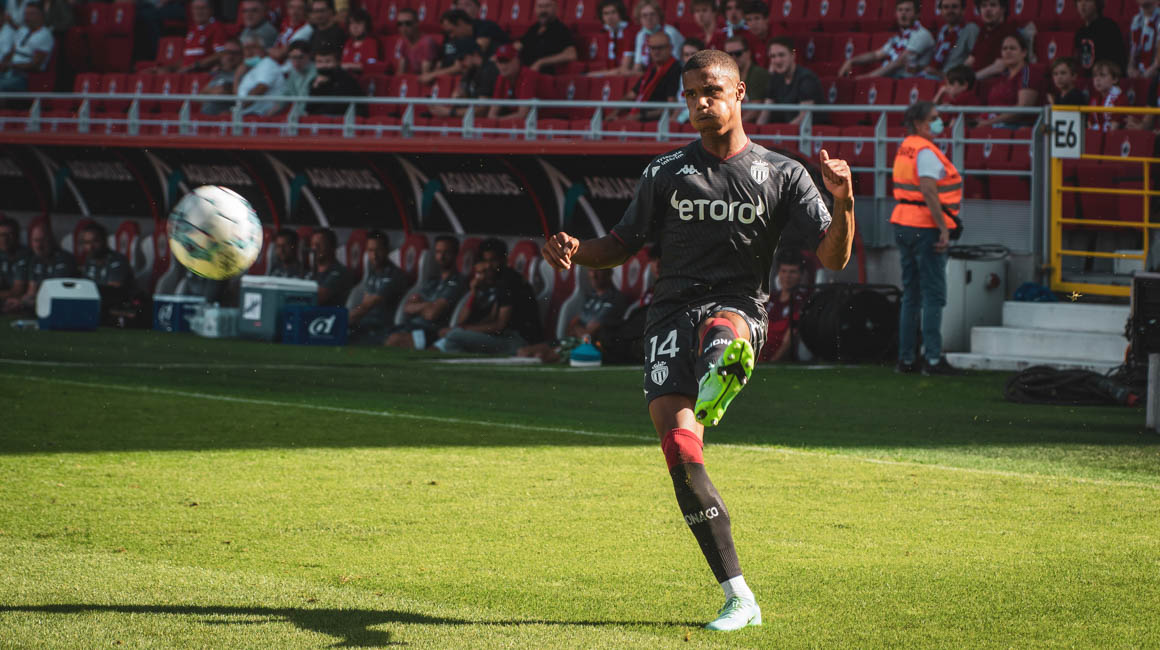 The opening 30 minutes were mostly dominated by the Belgians who held a monopoly on possession. However, they were mostly dangerous with shots from distance, saved without any great difficulty by Alexander Nübel. Our goalkeeper also showed his anticipatory qualities by coming out of the penalty area several times to intercept long balls.

After a nervy opening half hour, the Monegasques stepped up physically. From a perfect Ismail Jakobs cross, Anthony Musaba – who came on for the injured Sofiane Diop – came very close to opening the scoring. Goalkeeper Jean Butez pulled off a very nice reflex stop to deny the Dutchman’s shot from point blank range (42nd minute). 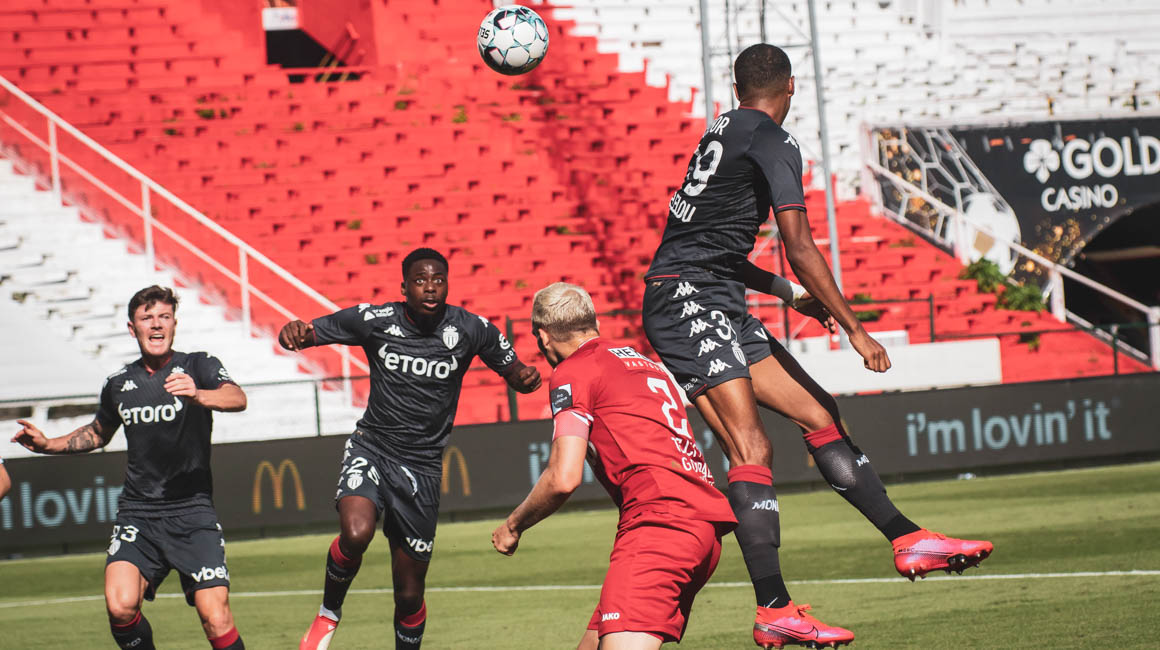 First minutes for Akliouche and Lemarechal

As in the first two friendly meetings, Niko Kovac tested out his large squad in the second half. There were opportunities for two young midfielders trained at the Academy, Félix Lemarechal (17) and Maghnes Akliouche (19), to make their first appearances in AS Monaco colours.

The technically gifted latter created a nice opening in the opposition danger zone. However, the pass was a little too strong for Willem Geubbels, who couldn’t take advantage (75′). 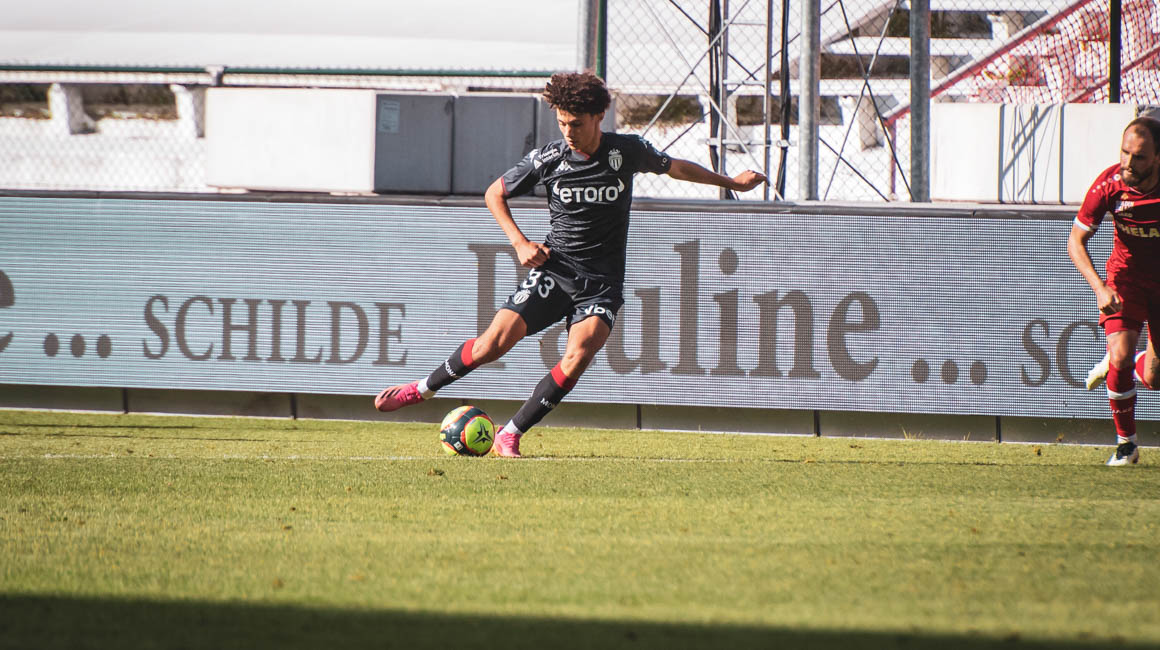 Despite holding a monopoly on possession in the second half, the visitors failed to create much danger and a goalless draw against a team restarting its championship next weekend was earned.

Thanks to this draw, Axel Disasi (captain in the second half) and co. remain unbeaten in pre-season (2 wins and 1 draw). The next game is scheduled for Saturday against Wolfsburg. Until then, the Red and Whites will spend a week in Austria training.