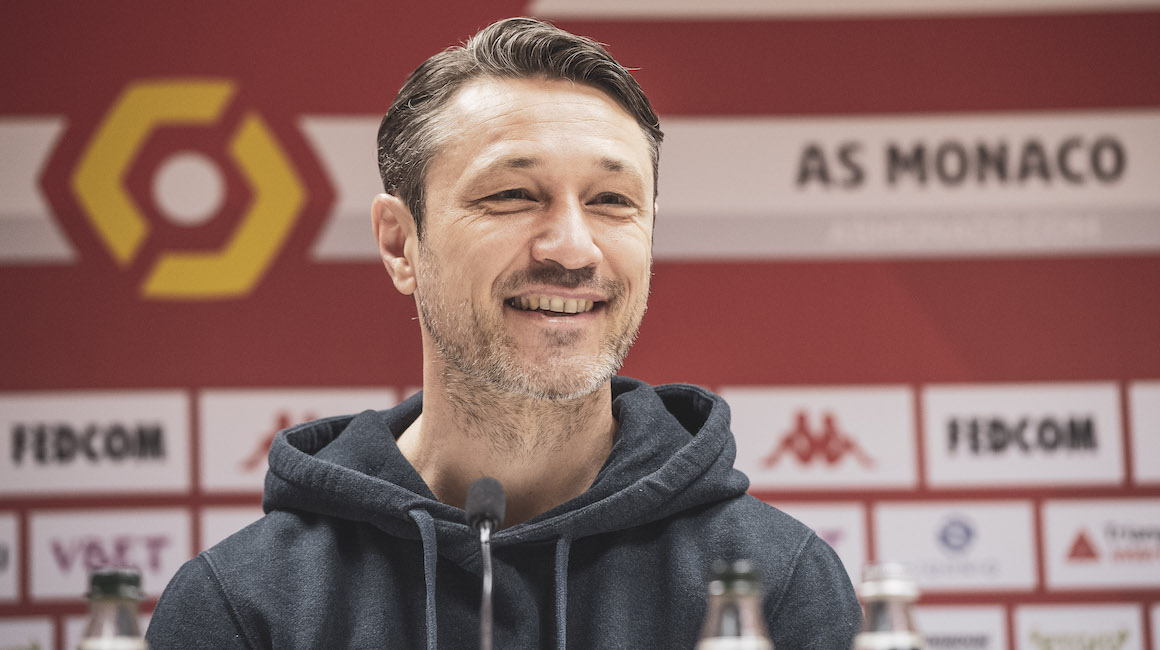 The Monegasque coach spoke to the press before the weekend's big match against Ligue 1 leader LOSC this Sunday at 5:05 p.m. at the Stade Louis-II, as part of the 29th round in Ligue 1.

It is after a third derby win this season that AS Monaco is preparing to host the league leader, Lille, this Sunday at the Stade Louis-II (5:05 pm, behind closed doors), a duel between two of the teams who have been playing the best football in France this season. Before the big match of Matchday 29 in Ligue 1, Niko Kovac spoke to the press about his side’s ambition, while emphasizing that LOSC remain one of the favorites for the title come May. 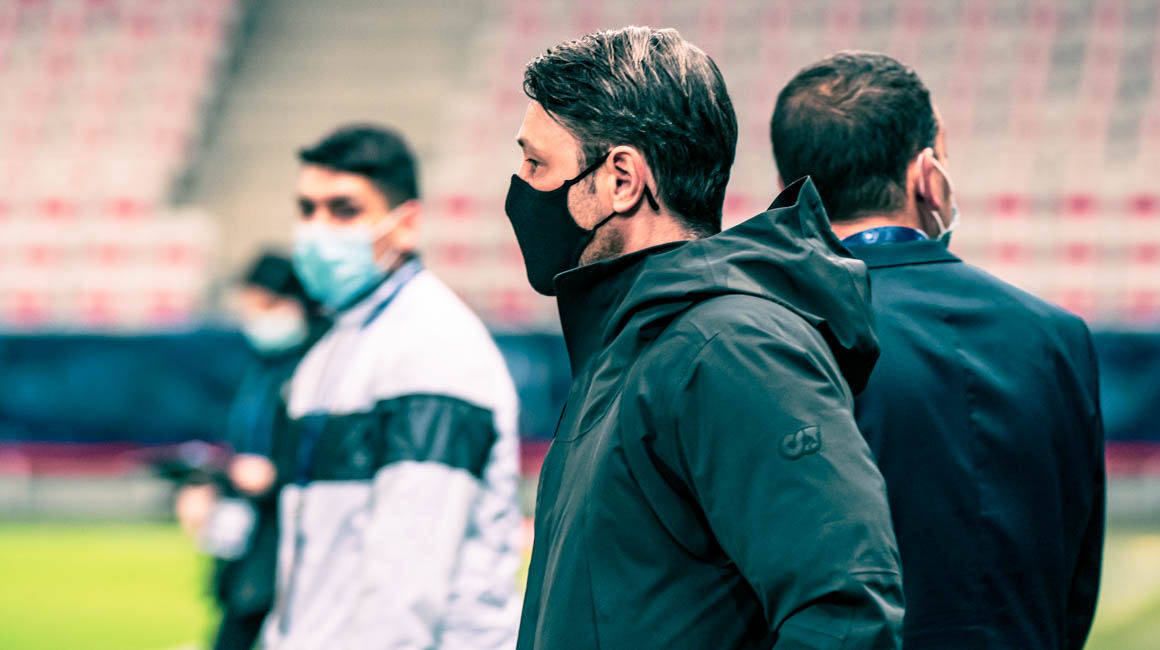 Hello Niko. Is this match against Lille the last chance to get into the title race?

There are ten matches left until the end of the season. As I said before, we are not aiming for the title. But that does not prevent us from wanting to seek the three points. We are very close to the top three, but I repeat that we have set ourselves the objective of holding on to fourth place and widening the gap with our pursuers. We’ll see if we’re still in touch with the leaders after this game.

I'm counting on Wissam, there are ten matches left before the end of the season. What is also important is the details in the final third. If we can improve these details I think Wissam will have more scoring opportunities.
Niko Kovac Manager, AS Monaco

What is behind the current way of playing, with three attackers in Wissam, Sofiane and Kevin?

Our ambition is to attack with a lot of players. Because if you have a lot of players in the opponent’s box, you increase your chances of having scoring opportunities. I like to have at least three, four, even five players in the box, as the opposing defenders are less focused on the strikers. Kevin, Sofiane and even Golo have the ability to find themselves in these situations so we hope to use several attackers.

Are you asking Wissam to play more in the opponent’s box?

He has to be in the box, that’s obvious. We also need him to provide links between midfield and attack, but when the ball is in the final third, he has to be in the box, like Sofiane and Kevin. I’m counting on him, there are ten matches left before the end of the season. What is also important is the details in the final third. If we can improve these details I think Wissam will have more scoring opportunities.

If the team lose Sunday, will you say goodbye to your Champions League apsirations?

No I don’t think so, because there are still ten matches to play and anything is possible in football. On the other hand, I don’t want to talk about the Champions League. We are going to enjoy this game, because for me — I repeat — this is the best team in this league. We will talk about things again if we are still in the title race in the final weeks. Let’s take advantage of this big match for the time being. 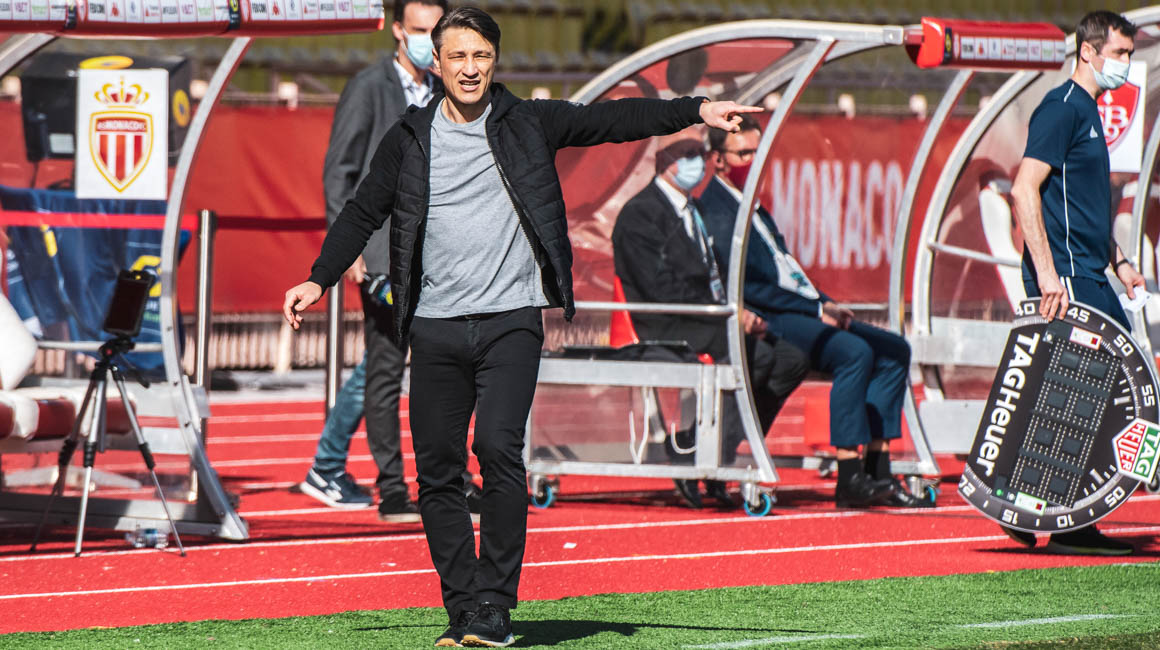 Cesc is a very experienced, world-class player. Young players can learn a lot from him, from his past, not only on the pitch, but also on a daily basis. He brings a lot to the team, he's very smart. He is a future coach in my opinion, for sure, because he constantly asks us why we do such and such a thing, he is interested in our work.
Niko KovacManager, AS Monaco

Yet with 55 points, you currently have the record for a fourth-placed side in Ligue 1…

I am just a realist. There is desire on one hand and reality on the other. I don’t like to talk for the sake of talking. I prefer to take refuge in my daily work with my players and show what we can do on the pitch. I’m happy with that points total, but it doesn’t change my thinking.

What is the role of Cesc Fàbregas today within the squad?

Cesc is a very experienced, world-class player. Young players can learn a lot from him, from his past, not only on the pitch, but also on a daily basis. He brings a lot to the team, he’s very smart. He is a future coach in my opinion, for sure, because he constantly asks us why we do such and such a thing, he is interested in our work.

Aurélien and Youssouf have a lot of athletic qualities, are very powerful, and have a lot of stamina. Since we switched to playing with two number sixes, it’s been going very well. We wondered where he could play as well, and against Nice he proved he can play in a playmaker role. But on Sunday we are going to play against a team that has scored 22 goals on the counterattack, so we will need pace to match the qualities of this team. 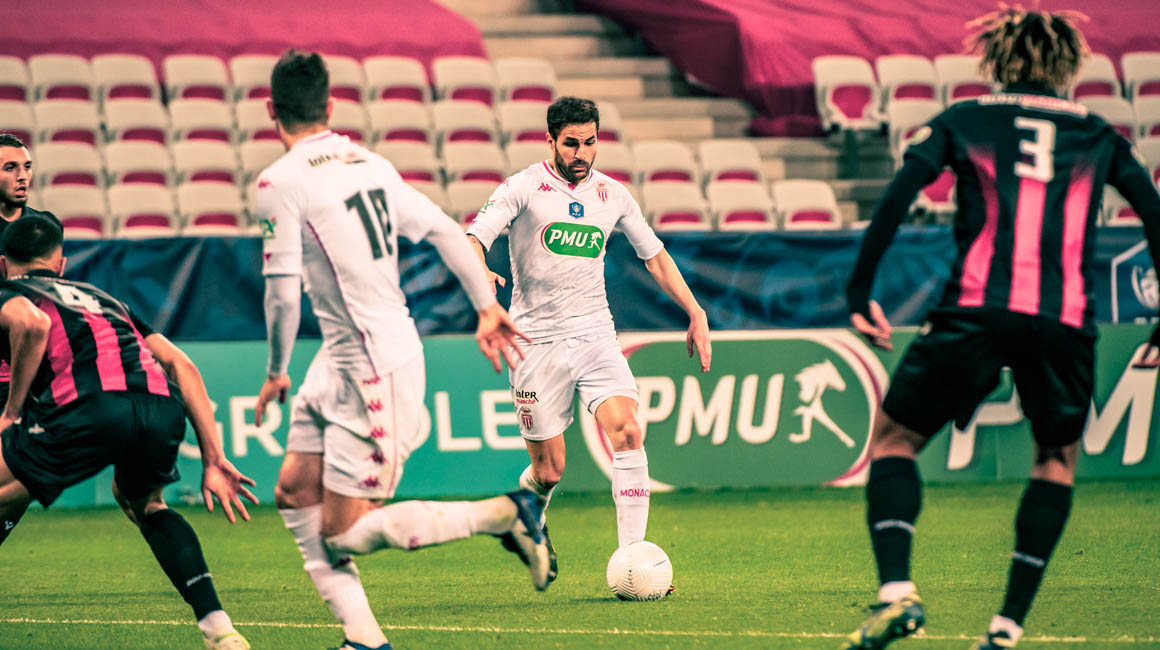 Is it especially important playing against a low blocks to find the right kind of passes?

If you remember the reverse fixture against Lille (a 2-1 loss), it was he who played in Pietro for the goal with a real flash of genius. He has that ability to come up with great passing angles, and it’s really important for us to have that ability. It is very interesting in this context, when we have to look for a result. We’ll see if he gets a chance to start this Sunday or not.

Tell us about the position of Kevin Volland, who has changed quite a bit in recent matches?

For me, it’s really important that a player can play in many different positions. Kevin is a versatile player who helps the team a lot. Against PSG he played as a winger, and as a number ten, on both flanks. He can do a lot of things, whether it’s when we have the ball, or without. And what’s important is that when we don’t have the ball, he knows exactly what to do and he’s no longer a striker. I like the way he plays, and obviously he can play in a number of positions.

The French Sports Minister has spoken of a possible return for fans by mid-April. What do you think?

It has been very difficult over these long months as you know. We all need our supporters because we know there is more passion and desire with fans in the ground. If we are able to prove that there is no risk to our supporters, then we can do it; that is the most important thing. Otherwise it will have to wait until next season. I trust the minister to find the best possible solution for everyone. 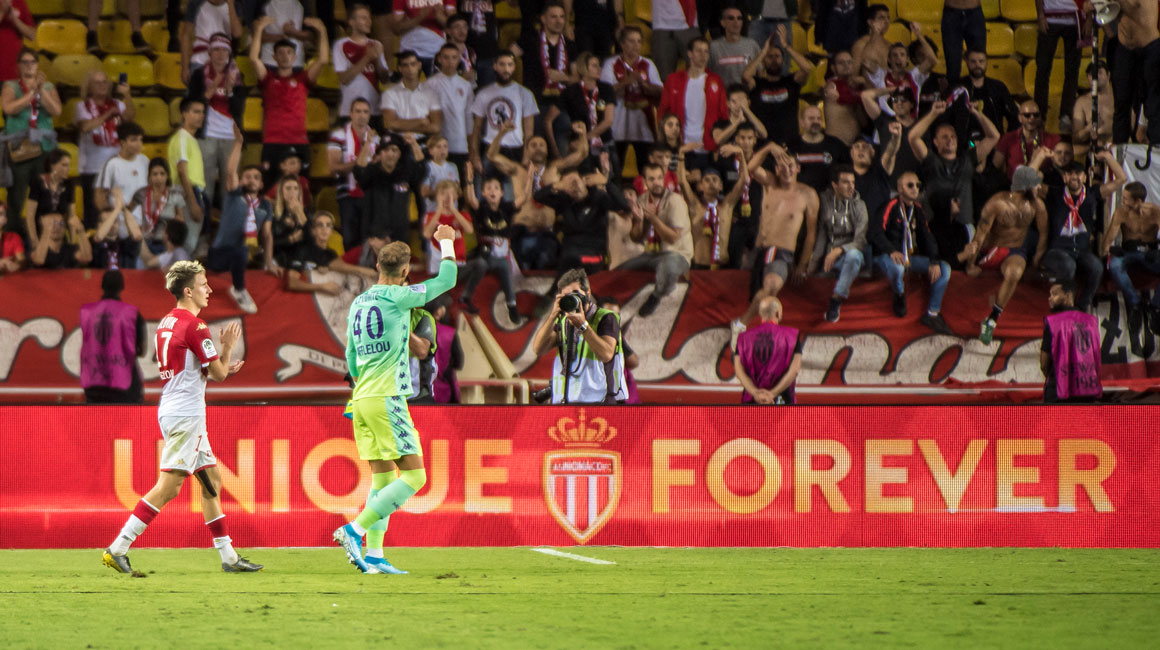