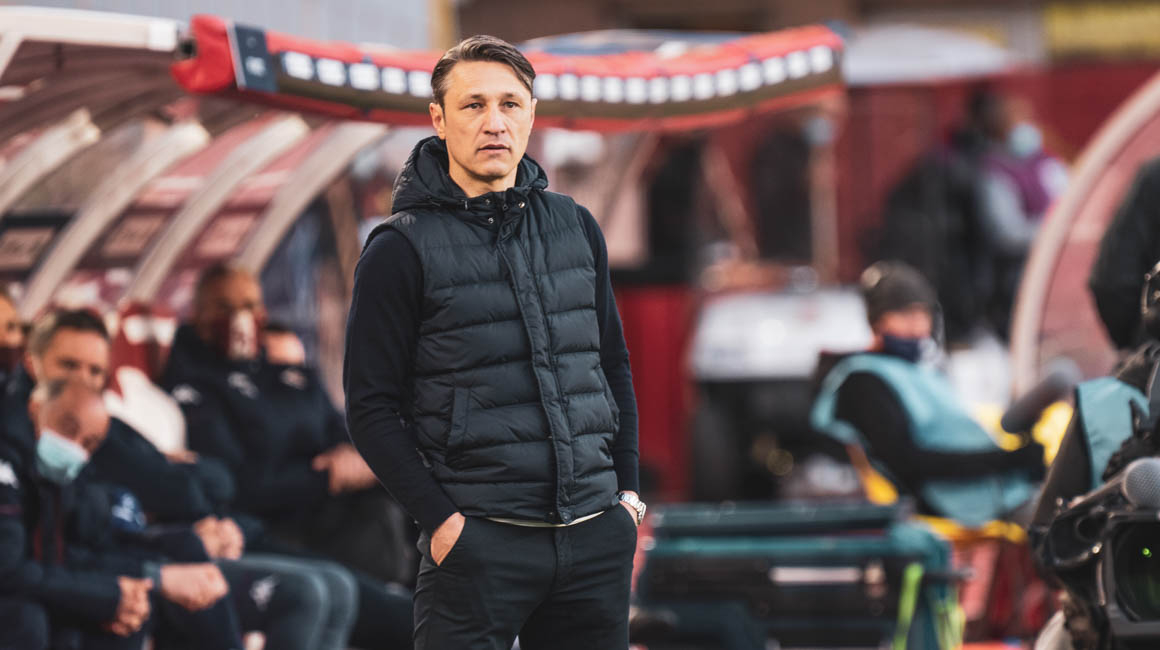 Two days before a visit from Dijon (5:05 pm), as part of Matchday 32 in Ligue 1, the Monegasque coach spoke to the press, in particular about the current strength of the Rouge et Blanc.

A few days after qualifying for the Coupe de France quarterfinals, AS Monaco are back in action at the Stade Louis-II (Sunday April 11 at 5:05 p.m.), hoping to cap off this busy week in style. Victorious in the league against Metz last weekend, the Rouge et Blanc are aiming to make it a third win to end this perfect week. To do this, they will face Dijon, the league’s bottom side, and all but relegated. Two days before the match, Niko Kovac spoke to the media to discuss this momentous match in the race for Europe. 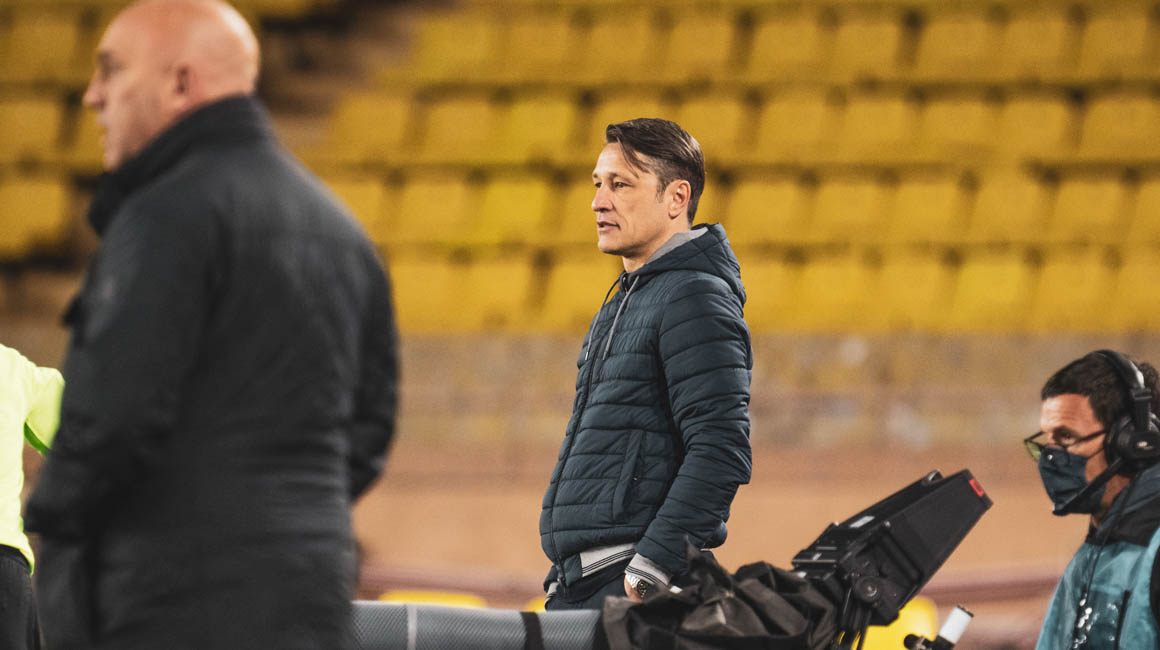 Hello Niko. Do you feel some pressure on the eve of the run-in?

No we have no pressure. It’s on the others since they’ve always been in the top three. Our ambition was to finish in the European places and we want to clinch this as quickly as possible.

This season can be historic with a first double since 1963. Do you have that in mind?

As a former professional player, we are always playing to win. It is the most important thing. It’s good to still be in the running in two competitions but I want to take it step by step and only think about the next game. I’m not thinking about May yet, but about the next match against Dijon, which will be a tough match for us.

Dijon are currently last while Monaco have been the best team in the league over the last four months. The match seems a given…

Yes sometimes it does. But all season long we’ve been working hard on and off the pitch. We put things in place to keep focused. Dijon remain a Ligue 1 team that will fight until the end. The opponent’s players are also going to want to play well to hope for a future contract. We will have to be at 100% to beat them. We saw as much against Metz, it was not an easy match. If we play with our qualities, we will win, otherwise we can drop points. 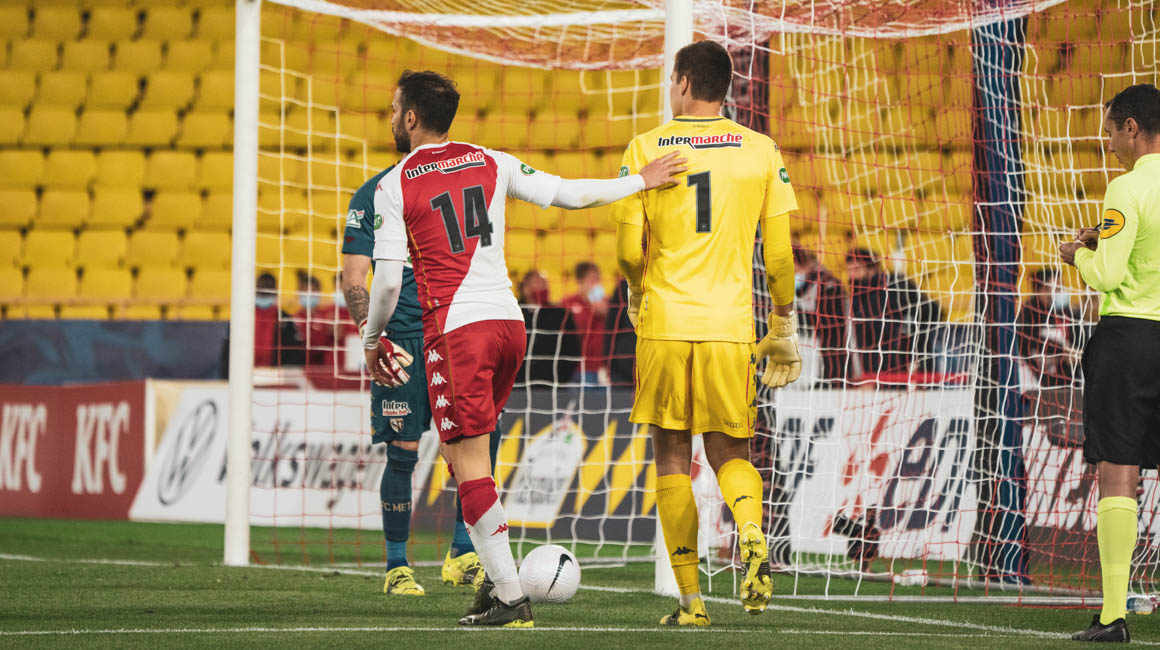 I told the players it wasn't our best game but it was important to win it. We did so on penalties, but it's important for the confidence of the players. There is no easy game in Ligue 1 for any team. Dijon, for example, beat Nice and Lorient beat PSG.
Niko KovacManager, AS Monaco

The match against Metz showed that you can have difficulties, will that help you to demonstrate this to the players?

Yes of course. I told the players it wasn’t our best game but it was important to win it. We did so on penalties, but it’s important for the confidence of the players. There is no easy game in Ligue 1 for any team. Dijon, for example, beat Nice and Lorient beat PSG. So there have been a lot of surprises. I don’t like surprises and I think we will need to be focused from the first minute.

In recent games, you have conceded very few goals. One has the feeling that there will be no problem with concentration, especially defensively …

What is important is the team’s preparation. We do a lot of analysis of the opposing team looking at their strengths and weaknesses. It is important that players know what to do with and without the ball. There is more and more competition in the team and the battle between the competitors is very strong. It’s good.

Would a loss be a big upset?

Football is not mathematical and anything can happen. It’s my job to explain to my players what is necessary and accomplish it. The players are focused on winning. We are not machines but humans. Of course, I hope there will be no mistakes.

You watched PSG-Bayern. Do you think there is a different PSG between the team that plays in Ligue 1 and the Champions League?

Maybe they’re more focused in the Champions League. It was a big game between the two teams. I thought Bayern were better but PSG won with a great Kylian Mbappé. I hope they will continue like this (smile).

Do you think Bayern can come back into the tie?

Yes they can; they have great qualities. I saw the game and Bayern were the better team with a lot of chances. Against Barcelona, ​​they won 4-1 and had problems in the return leg. I think qualification remains a possibility. 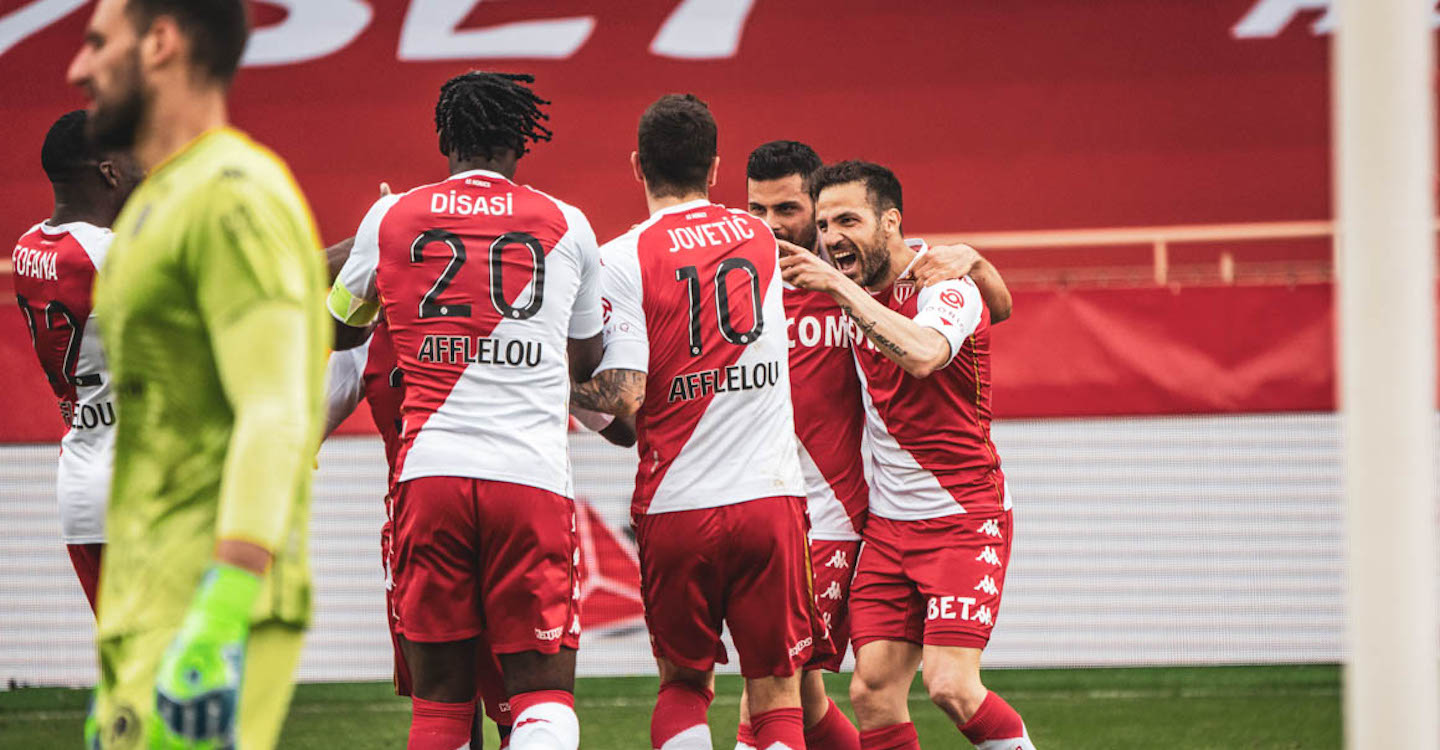 Will Ruben Aguilar and Sofiane Diop be available?

Yes both are back. Only Willem Geubbels was not with the group this morning. They will be available for Sunday and physically they are fit to start. We have two additional options.

There is a lot of competition between Stevan Jovetić and Wissam Ben Yedder. In the hierarchy, Wissam appears a little behind his teammate at the moment. Will it be the same in the next game?

I like this situation because it forces both players to out-peform each other. For the coach and the team, it’s positive. For Sunday it’s not clear to me, but either way it will be a good choice.

How do you decide? Is it through their collective play or individual qualities?

Training is very important but then there are also the matches. We try to improve game by game. It’s a process and you can’t change everything all at once. And if they are close, it’s my feeling that will decide. Lately, Stevan Jovetić has been on a very good run of form. You have to sleep well the night before, talk to your staff and make the decision together. 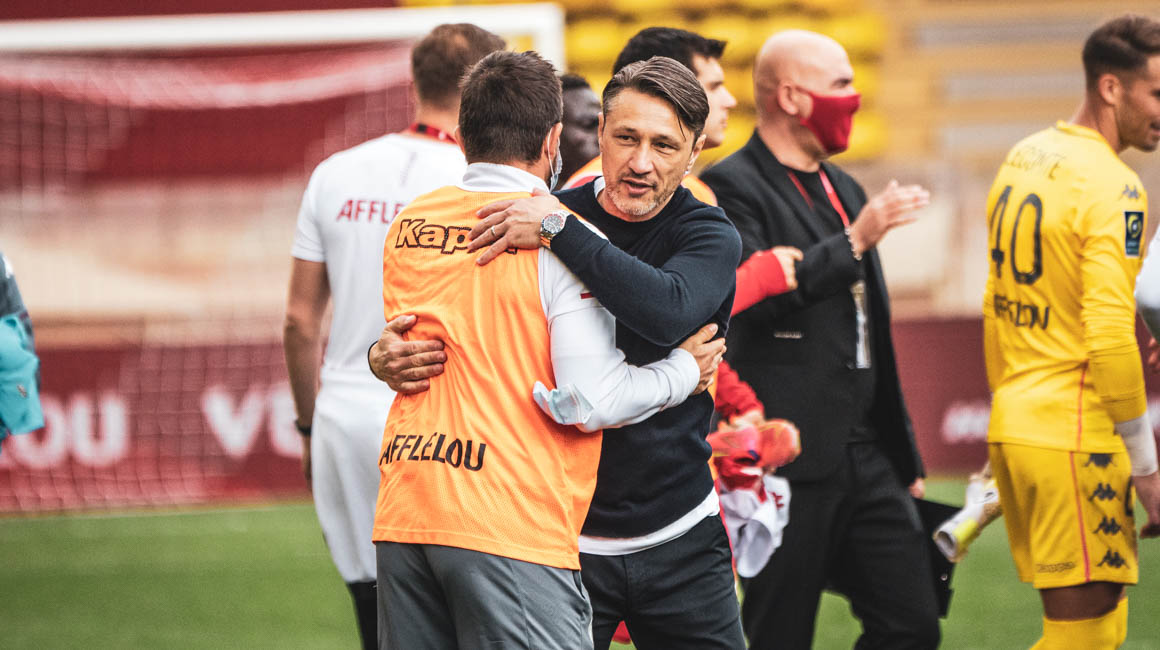 The strengths and weaknesses of our opponents are being analyzed and we are working on that. We have to find alternatives. We need to emphasize dynamics, aggressiveness, and to play faster and run more. When there is less space, it takes more movement to find the solutions.
Niko KovacManager, AS Monaco

We are entering the run-in now. What are you focused on the most?

I have been working with the team for nine months. And I take things game by game. We are try to explain to the players what to do and how. I speak of tactics and techniques to explain to them how to create opportunities for victory.

When you’re training to face a side like Dijon, they often “park the bus.” Against teams that deploy a low block it can difficult to find solutions. Are you looking to score through set pieces?

We have to find several options and not rely solely on set pieces, especially since it’s been more difficult lately to score in this phase of play. Against Saint-Etienne, we had a lot of chances and scored four goals. The strengths and weaknesses of our opponents are being analyzed and we are working on that. We have to find alternatives. We need to emphasize dynamics, aggressiveness, and to play faster and run more. When there is less space, it takes more movement to find the solutions.

Benjamin Lecomte made a good save against Metz, was it an important save for his season?

We are one team. We win and lose together. We have conceded 38 goals with some individual errors. Which is important, and if we want to play at the highest level, we need a great goalkeeper. Since his injury he has come back well and his save against Metz proves he is in very good form. Since January, I think we are one if not the best team in the top 5 of Ligue 1 in terms of the number of chances conceded. The work is had been done well and we are very satisfied with the team’s current run of form.

What separated Monaco from the top 3 were the number of  goals conceded. Now you are recording more clean sheets. Does this bring you closer to Paris, Lille and Lyon?

If we don’t concede goals, we don’t lose and we have a better chance of winning. We have the league’s second-best attack and we are working on that to improve further. Our forwards score a lot of goals. If we don’t concede a goal, all the players are happy, including me (smile).