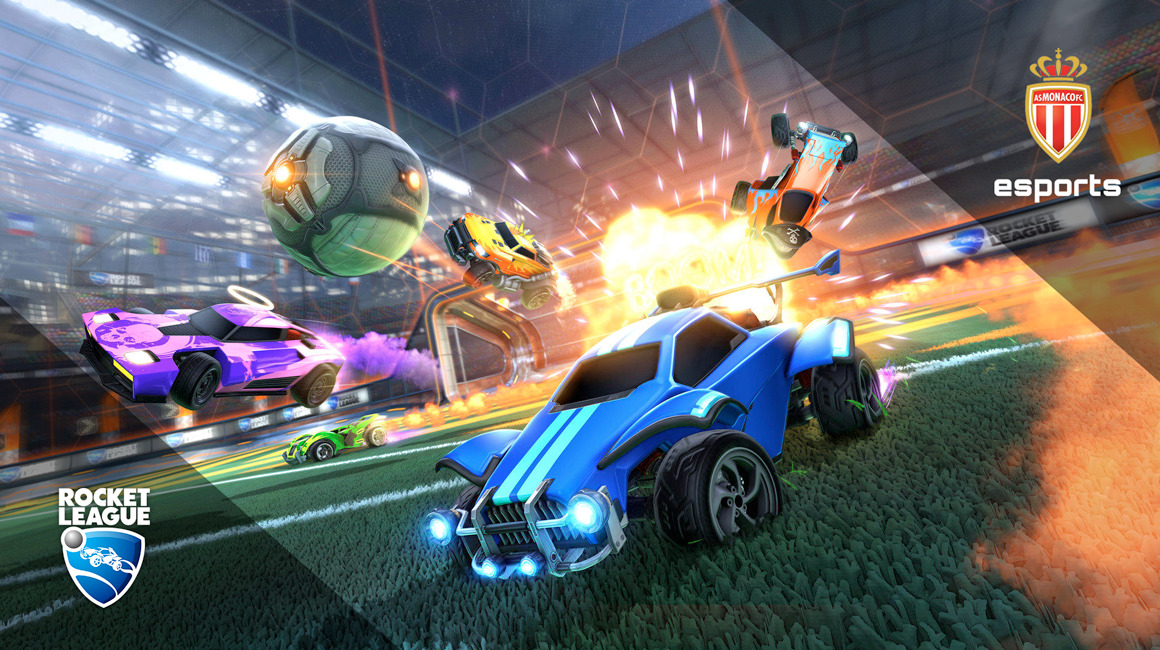 AS Monaco Esports, who will again this season fight for th Rocket League title, is pleased to welcome an international team to its roster, emphasizing from the outset its ambition and the challenges which it will face.

After a successful first season, AS Monaco Esports has strengthened its commitment to the Rocket League game and has announced the recruitment of an international team with the ambition of joining the RLCS (1st European division) in the immediate future.
The AS Monaco Esports Roster will include the German Maik “Tigreee” Hoffmann, Englishman Jordan “EyeIgnite” Stellon and the Frenchman Alexandre “Extra” Paoli, managed by the German coach Simon “s1mon” Bicking.
Currently in the RLRS (the European second division), with two wins already, the Monegasque team will do its utmost in order to gain promotion to the first division.

This summer, the team made his name with a promising 5th place at Dreamhack Montreal, a tournament bringing together the best teams worldwide. Throughout the competition they produced impressive results, out-performing three 1st division teams: TSM, Mousesports and Complexity Gaming.
A part of the Rocket League since August 2018, the Red and White Esports team is showing an increasing level of interest in this popular car-soccer game, with the aim of securing long-term Esporting success.

With the launch of the new international Rocket League team, the AS Monaco Esports is currently a part of six major Esports titles: PES, Fortnite, Super Smash Bros Ultimate, Street Fighter V and Dragon Ball FighterZ. The game combines soccer with driving, making it one of the most popular titles among Esport players and fans. Spectacular with a futuristic look, this video game is played on the professional level in teams of three.

One year after our launch on the Rocket League, we decided to add an international and ambitious team to our roster, with the aim of getting promoted to the RLCS in the short term. We are very pleased to welcome Extra, Tigreee and EyeIg-nite, a trio of talented players who have achieved promising results this summer. Our renewed ambition of winning the Rocket League title confirms our great interest and high expectation to take a step forward on the Esports scene. It also consolidates AS Monaco Esports' will to remain relevant, competitive and ambitious in several titles.
Simon RémoussinEsports Manager