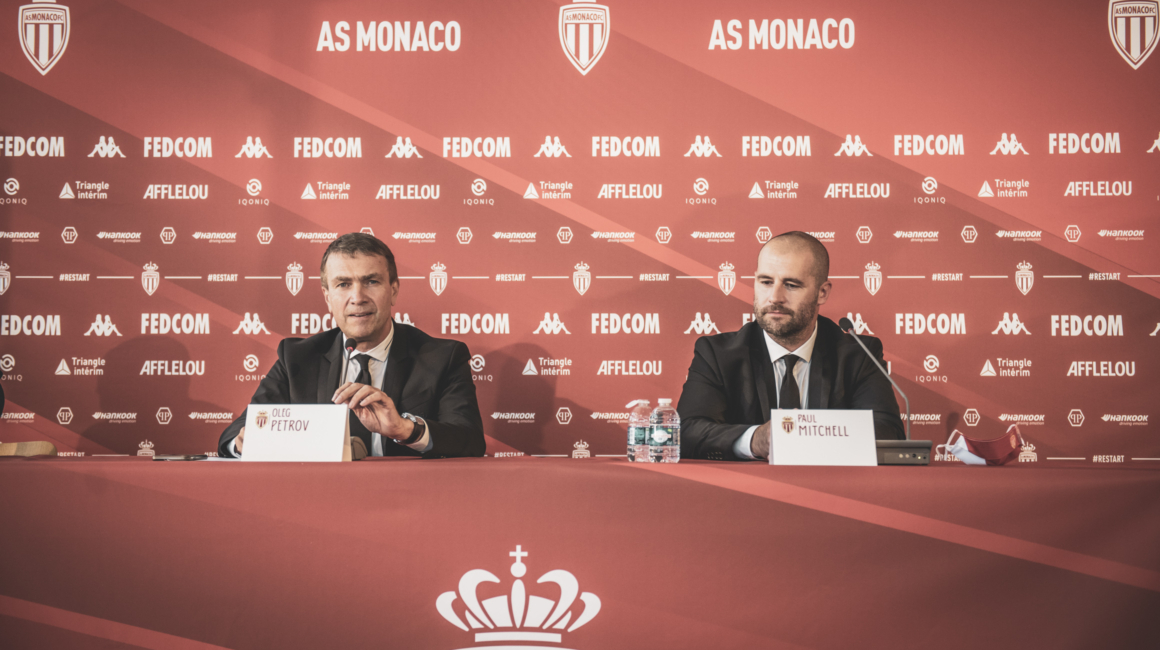 Appointed sporting director of AS Monaco on June 17, Paul Mitchell answered questions from the press and revealed his goals with the club. He was accompanied by Oleg Petrov, Vice-President and CEO of AS Monaco.

The new sporting director of AS Monaco, Paul Mitchell, was presented to the press this Monday at the Rainier III Auditorium in Monaco. Speaking next to Oleg Petrov, he first introduced himself to journalists before talking about his ambitions for the Principality club:

“When Mr. Petrov approached me and explained to me his vision of the club, and the possibility of working with Cercle Brugge … I found that the project was very interesting and deserved all the attention that he implied it required. For me there was no hesitation. I am very ambitious, I think my career can attest to this, I work in a modern way, always bringing about improvement. This is a beautiful project that requires patience and also success. This is what I set out to do, this project is very important to me.” (Paul Mitchell, Sporting Director).

“It’s a new season that is beginning, a new chapter in our history. Paul will make a big contribution to our club and to Cercle Brugge in order to continue working together. He will also contribute to the development of the philosophy of team play. We believe that the arrival of Paul takes place at the best of times. It was not easy. I believe that he has all the qualities, the professional and human skills to succeed in this project; these things count for a lot in my eyes. I am convinced that Paul will be able to bring all his energy into his development and modernization of our methods of working and that he will be able to bring a lot of joy and success to our supporters. Welcome Paul!” (Oleg Petrov, Vice-President and CEO) 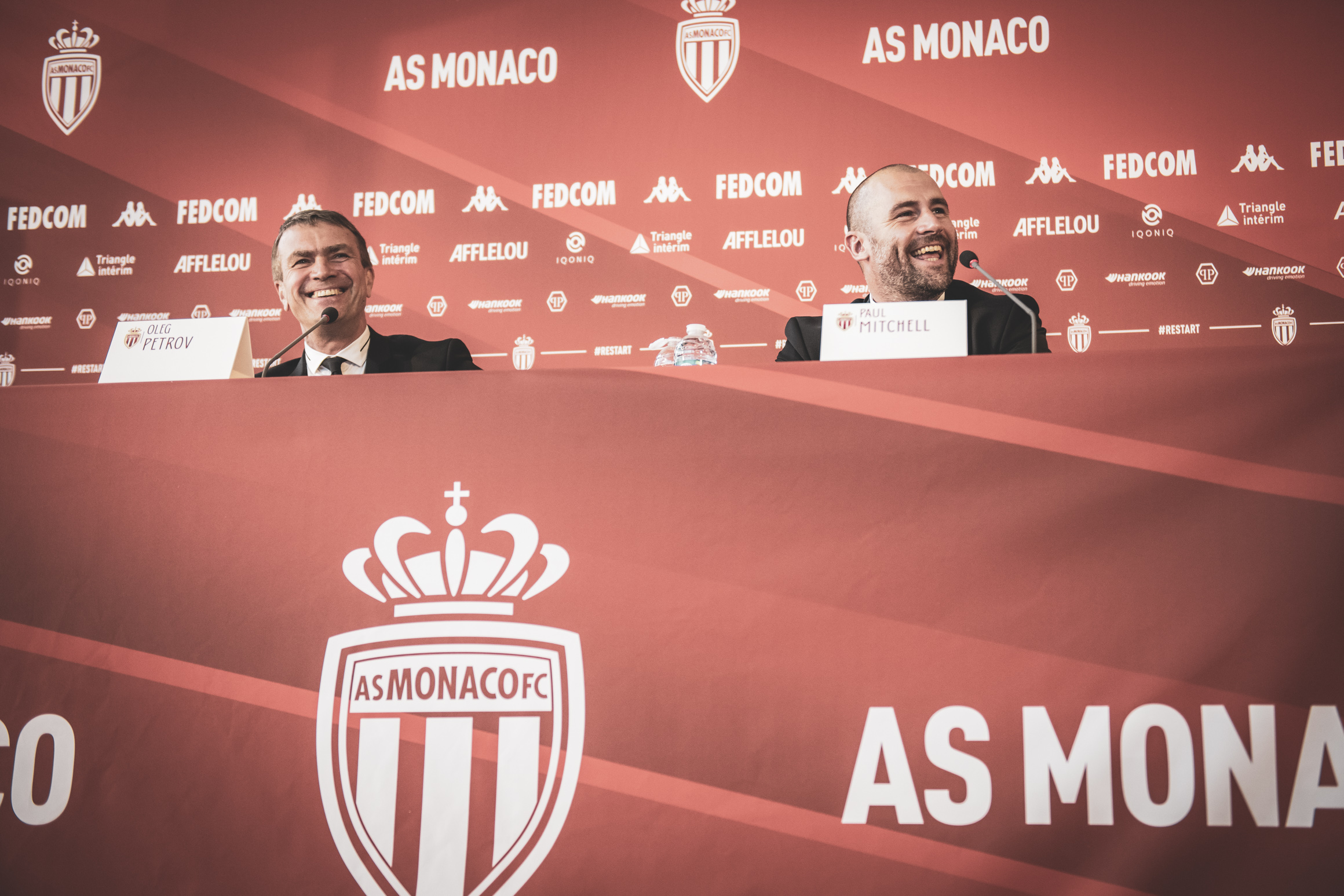 Former technical director of Red Bull’s football division and  former head of recruitment and development at RB Leipzig, Paul Mitchell spoke of the relationship he already has with AS Monaco coach Robert Moreno. The latter stressed the importance of this link between the two men for the proper functioning of the club.

“With Paul Mitchell arriving a fortnight ago, we have had about fifteen meetings already. We speak every day, this is the normal relationship that the coach of a team must have with his sporting director. I am happy to have the opportunity to work with Paul. We need to have this structure to be a successful team. We started working from day one with Oleg Petrov and Paul Mitchell. “ (Robert Moreno, Manager)

“I think neither Oleg Petrov nor Robert Moreno were happy with ninth place last season. I am here to contribute my skills. I have always liked to produce a dynamic and aggressive style of play as a means to winning. I think that we are going in the right direction and that we are already working within the framework of an organization which aims to bring as high of a level of competition as possible. We want to find and invest in the best talent. We should not think in terms of volume. We are already working hard to allow Robert Moreno to achieve the success we all want. You have to look at the sporting environment its quality, regularity, and intensity. We want to work as well on the mental side of things. The players that we are going to recruit or who are already present, must be 100% and focused on one goal: winning. It is important to implement this to bring back the successes that AS Monaco deserves. We will work together to allow Robert to work in peace.” (Paul Mitchell, Sporting Director)

Oleg Petrov and Paul Mitchell also mentioned the Cercle Brugge and the desire to strengthen the relationship between the two clubs.

“I would say that our project, my project, that of AS Monaco, is to have a clear strategy and a synergy between Cercle Brugge and AS Monaco. We have to strengthen the connection, the communication, make everyone work hard and improve on the progression of players, on the style of play that we want to set up and which must align as much as possible with that of AS Monaco. Our strategy is to have the two clubs’ goals aligned. You have to find the right formula, the right mix. I was talking about playing style, and this is key, but you also have to find the right environment, the right formula. I am working hard to find the right balance between AS Monaco and Cercle Brugge“. (Paul Mitchell, Sporting Director)

“With regard to Cercle Brugge, the goal is to allow our players to assert themselves and gain experience before returning to AS Monaco where they can then contribute to the success of the club.” (Oleg Petrov, Vice-President and CEO) 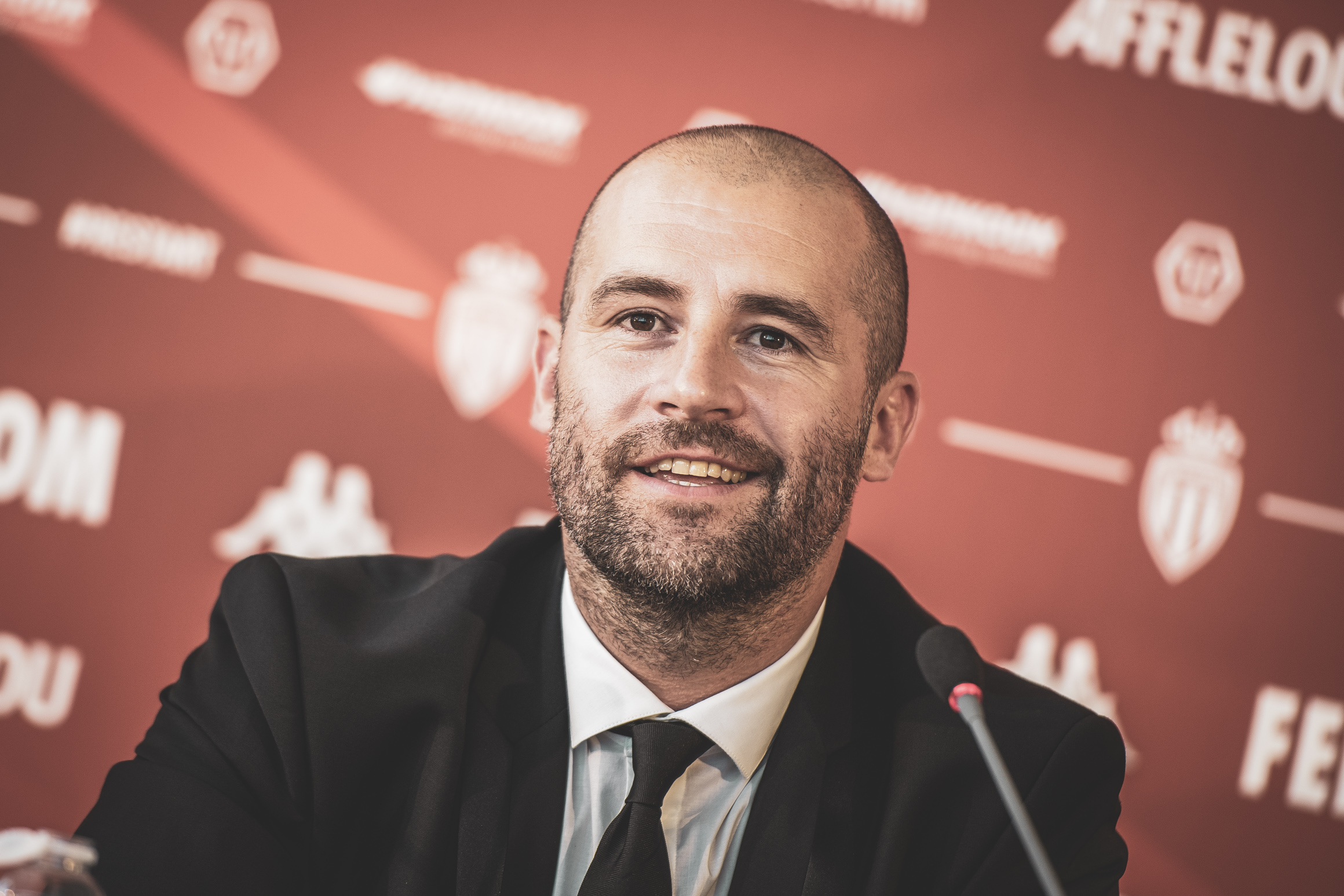 To conclude his presentation, Paul Mitchell stressed the importance of working hard to succeed for the club’s position in the table but also about the season to come and his objectives with AS Monaco.

“I was struck, in a positive way by the way the club welcomed me. I found a level of determination and ambition among all those who work at AS Monaco. We will all work hard to bring improvement and consistency, working within the same infrastructure, in a transparent and coherent way because this is important for me. I think the club has gone through some turbulence in recent years. For this summer we have a very clear, well-established plan: we know where we want to get to, but for that we need patience. We want to permanently reinstall AS Monaco at the top of the table, which dictates what we do every day. We do not want our choices to be dictated by changes made too suddenly and decisions that we may regret later.” (Paul Mitchell, Sporting Director)

“It is important to work to change things in a good way, now and for the future. Certainly, these changes will cost us or can sometimes be difficult. I understand the repercussions well, but I repeat, they were necessary. Most of the changes that have taken place within the club’s management were to establish a new structure. All these changes have taken place, and we can not expect much now. Now we need to identify the small tweaks necessary for the team to undergo to make it more competitive. We try to be careful with all of the decisions we make, but they are sometimes necessary to achieve the goals we set.” (Oleg Petrov, Vice-President and CEO)

“I have to say that I don’t particularly feel pressure but rather excitement. It is this aspect which has guided me in making my choice, one of the key reasons I accepted this project. There is a sense of positive excitement linked to this project, with the potential that I felt and that I feel which is also linked in particular to the Academy. I feel rather a form of responsibility, I am very excited even if I am aware that there is a lot of work to be done. My role is to create the right foundation, but it will take time and patience. I have no pressure over being the fourth sporting director since 2013, but rather the great honor of being the first sporting director starting in 2020. ” (Paul Mitchell, Sporting Director)