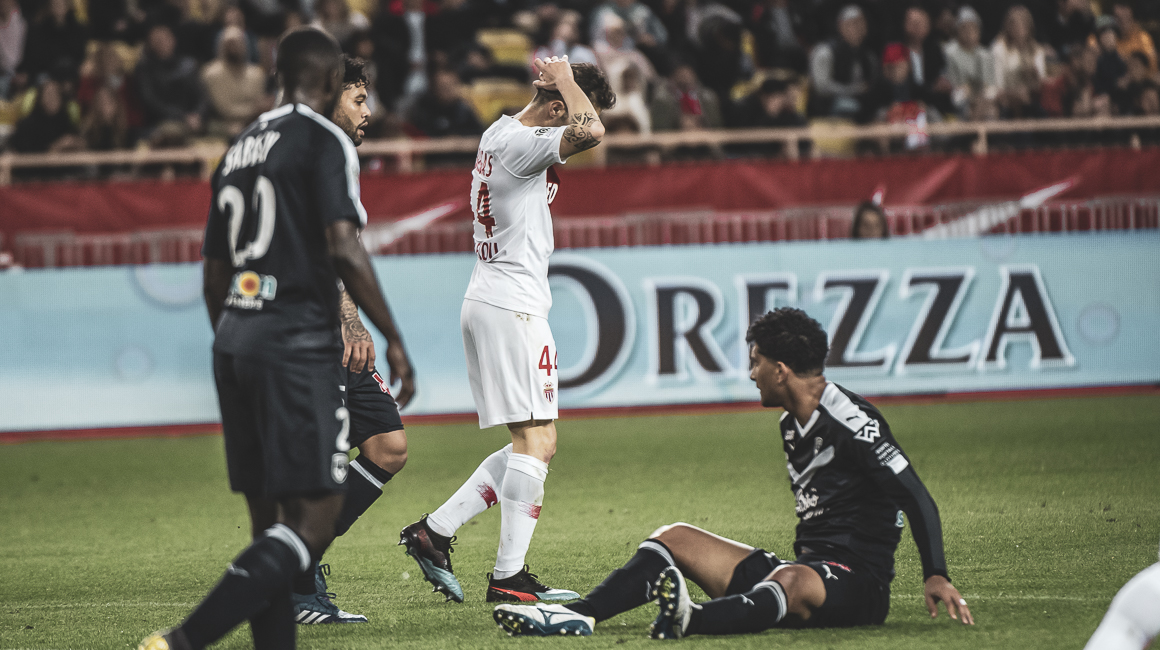 AS Monaco earned another point on Saturday in a draw with Bordeaux (1-1). El Tigre Falcao scored the lone goal for the red and white.

In these first minutes, the Red and White create the most clear opportunities. Radamel Falcao finds the frame first with the head (2 ‘). The Colombian plays his 100th in Ligue 1 Conforama. A few seconds later, Aleksandr Golovin fired a shot with the left foot. This one is captured by Costil who readers it well. The players of the Principality have possession and Fàbregas tries his luck but doesn’t convert (26 ‘). 0-0 at half time of this meeting at the Stade Louis II. Players return to the locker room. 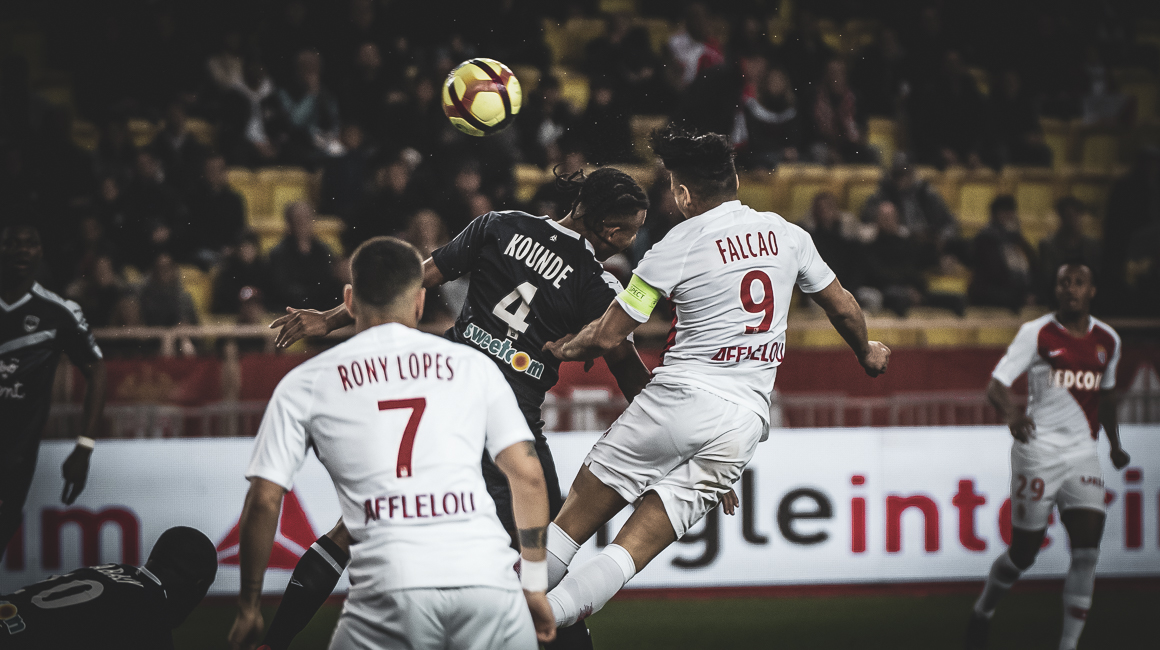 Falcao with his first attempt of the game (2'). 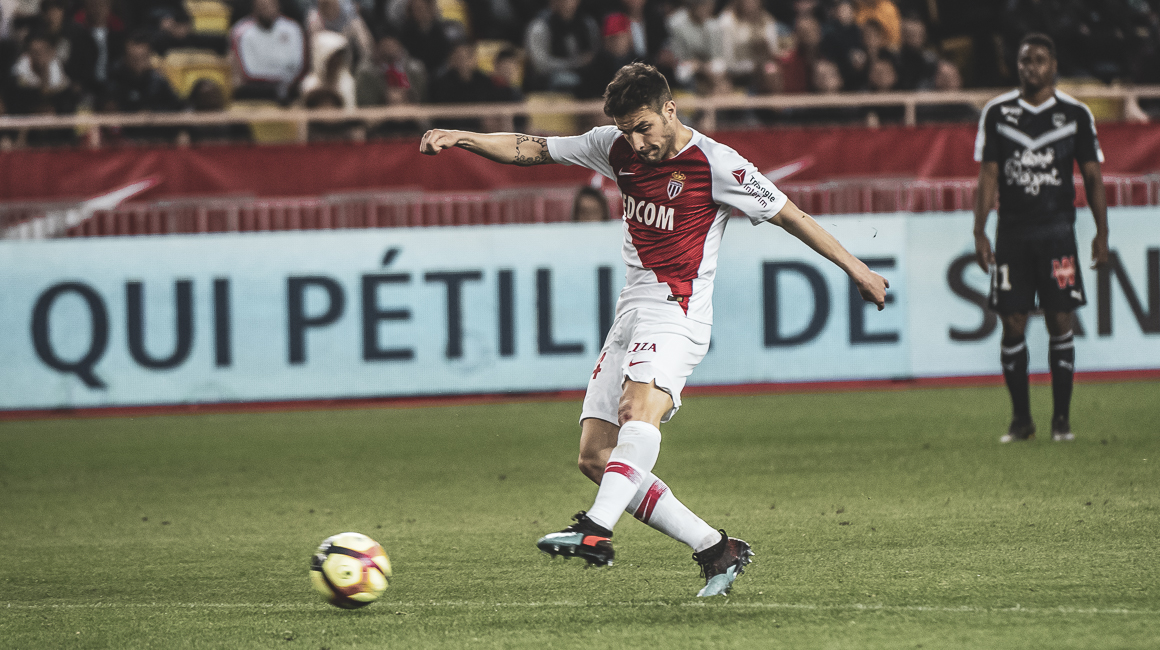 Beginning of second period is ideal. Radamel Falcao opens the scoring with his head (47 ‘). Well served by Ballo-Touré, the Colombian leaves no chance to Benoît Costil (1-0). His 62nd goal in the championship. He is involved in six goals in L1 in 2019 (5 goals, 1 assist). Less than twenty minutes later (65 ‘), Mr. Letexier whistles a penalty for the Girondins de Bordeaux after using the VAR. Jimmy Briand converts it (1-1). The Red and White are pushing to score that second goal. Vinicius, just entered play and had a heavy shot pushed back by both hands by Costil (73 ‘). Adrien Silva also fails to convert on the Bordeaux goalkeeper, who comes up big late (75 ‘). The end of the game is crazy. Carlos Vinicius scores on a rebound from Radamel Falcao but his goal is denied for offside (86 ‘). The five minutes of extra time will not change the game. 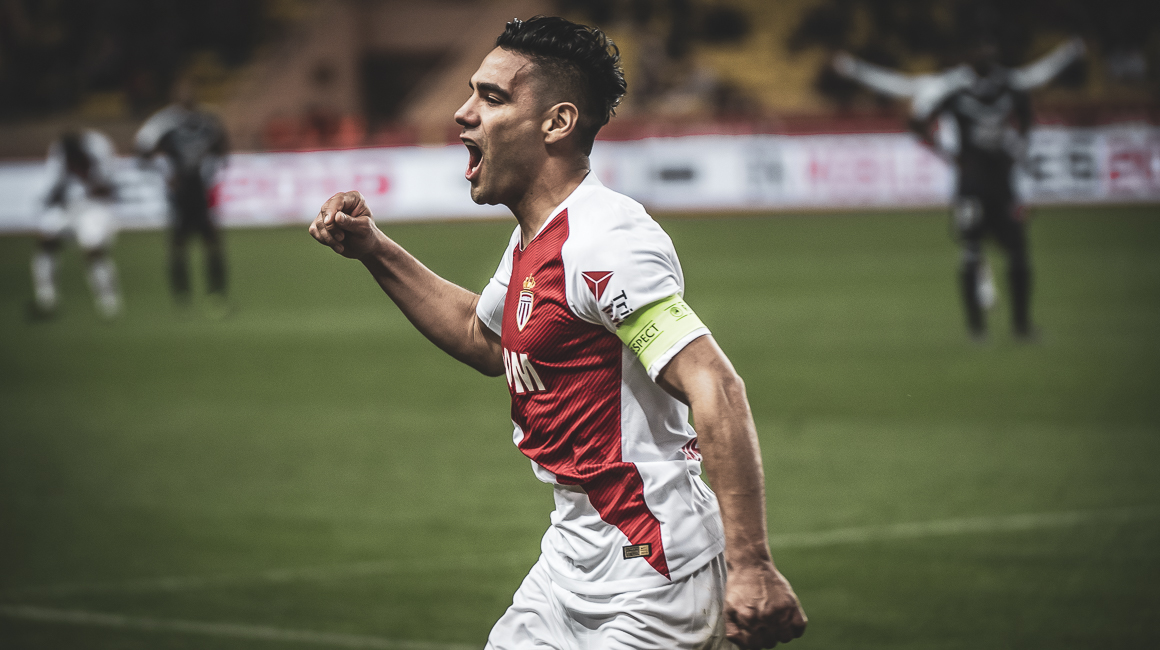 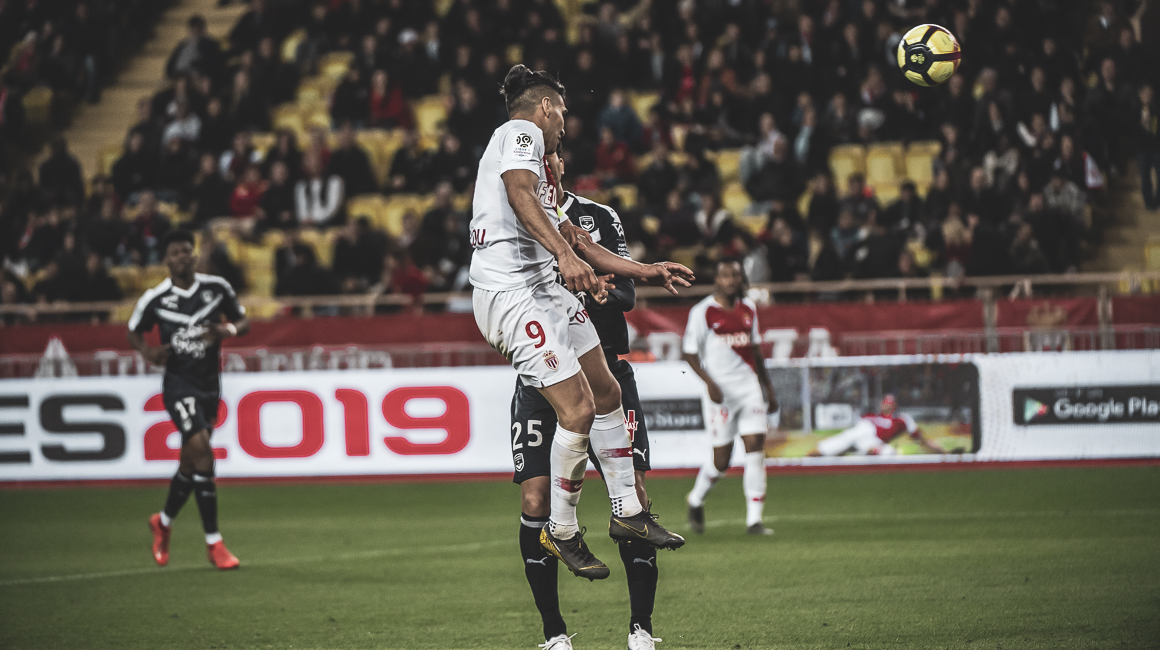 Radamel Falcao was able to jump high enough to put the ball back post. 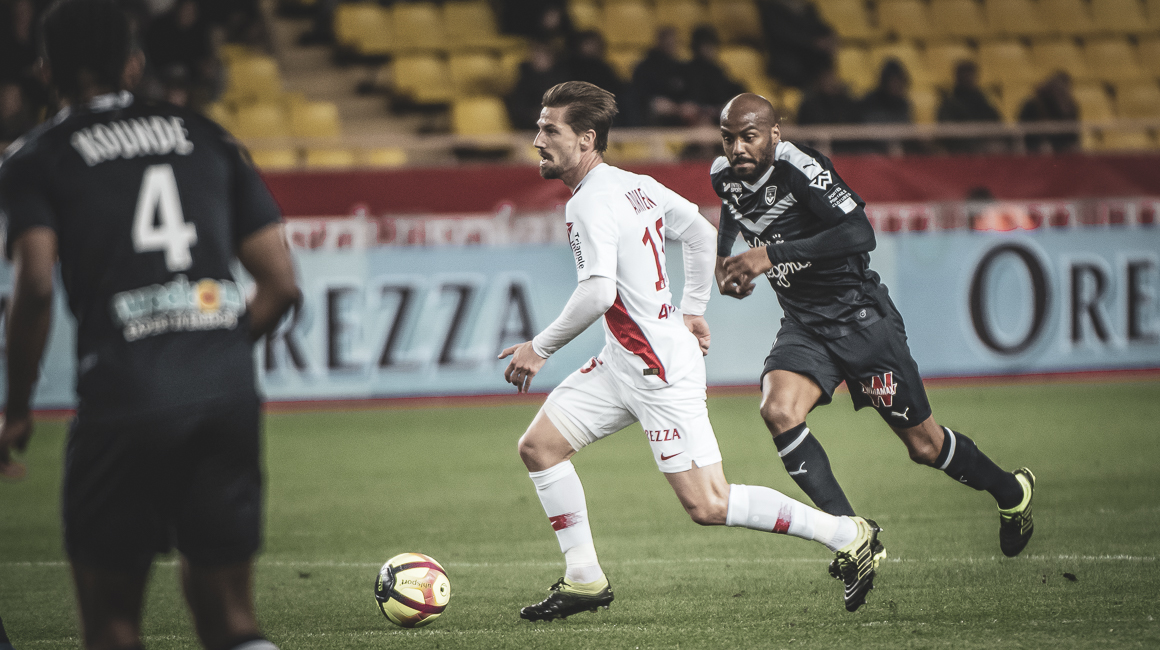 Adrien Silva tries to get through the middle. 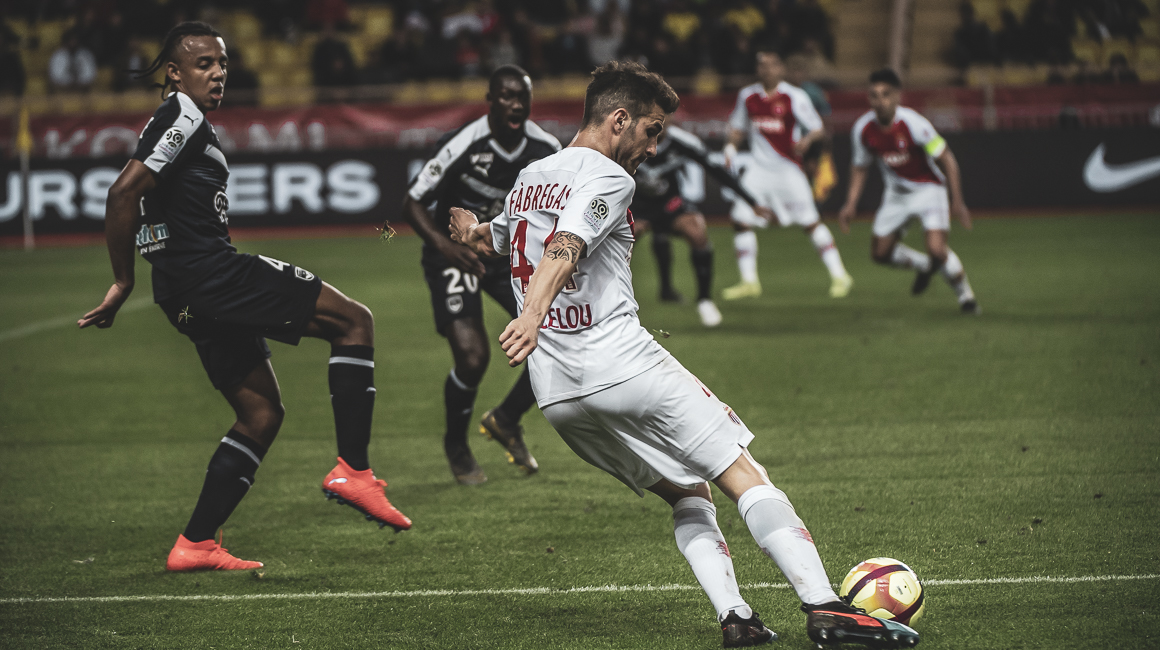