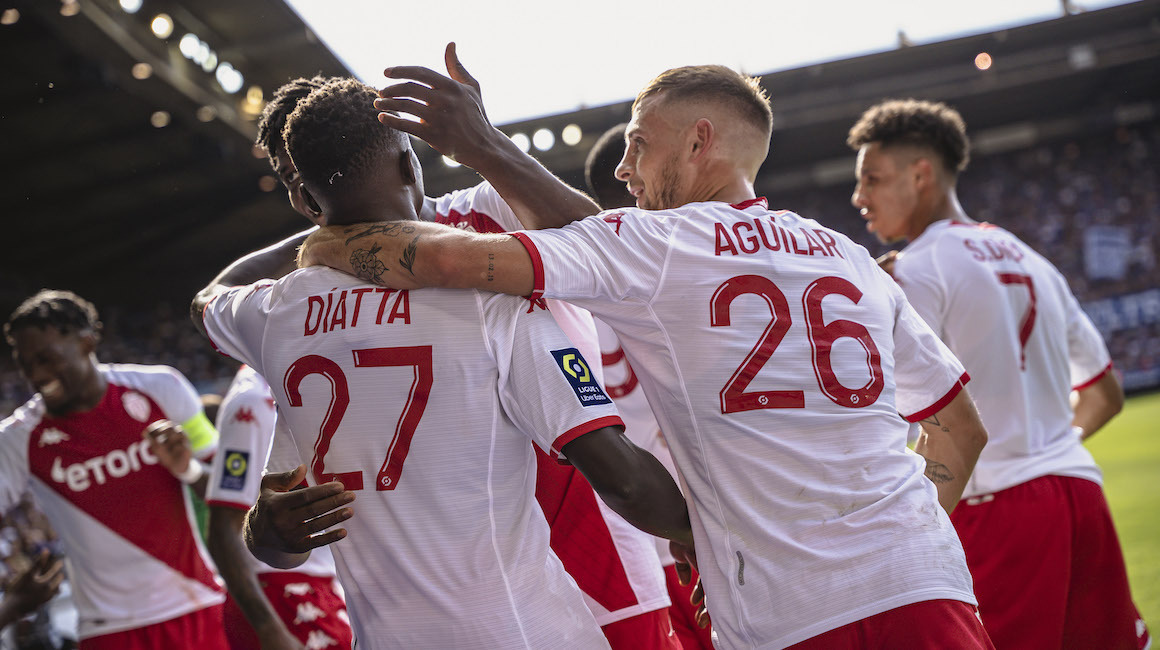 Scorer of the opener and showing an incredible burst of energy to lead AS Monaco to an important victory in Alsace (1-2), the Senegalese international was named man of the match by you, the fans of Le Rouge et Blanc on the AS Monaco App.

He put in a real renaissance of a performance for his return to Ligue 1! After making his comeback in a friendly match at Southampton and in the preliminary round of the Champions League against Eindhoven (1-1), Krépin Diatta celebrated his return to the top flight in style. The opening scorer in the victory against Strasbourg this Saturday (1-2), to opening their Ligue 1 season, the Senegalese international (24 caps, 2 goals) impressed by firing home from a corner. 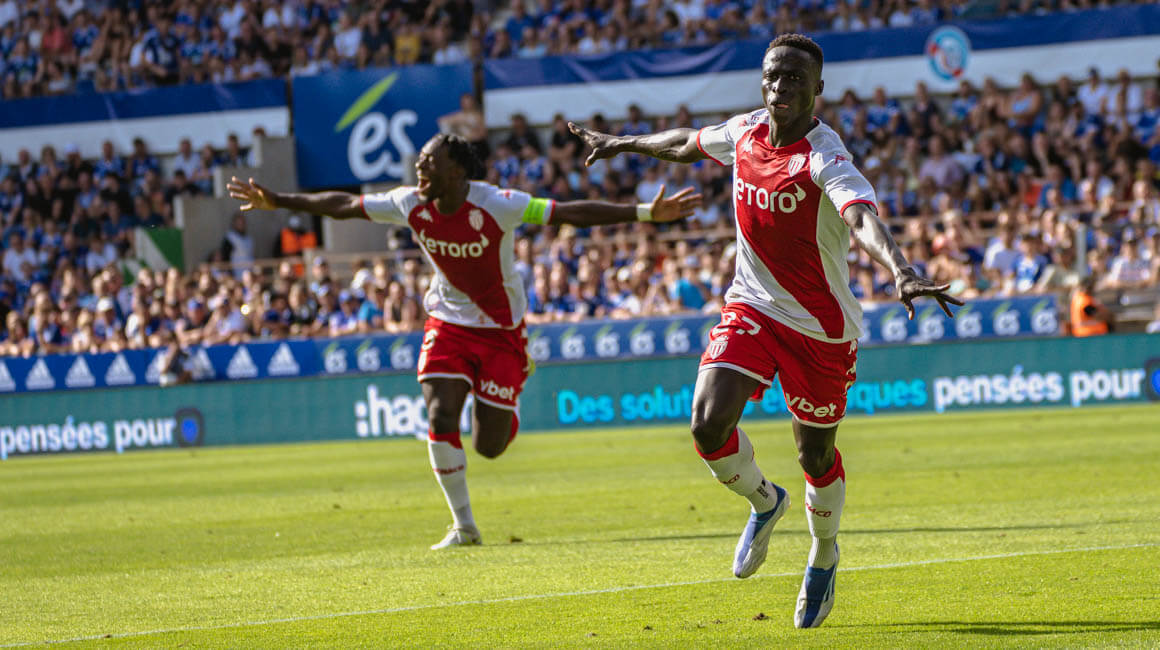 A volley, his specialty!

Upon receiving a well-aimed deflection from Axel Disasi at the edge of the Alsatian penalty area, the Monegasque number 27 was quick to send a sublime volley into the corner of Matz Sels’ goal (0-1, 44′)! It was a finish that he had already succeeded in doing the day before, by his own admission and that of Philippe Clement, who was happy for his player.

For me they are not teammates, they are all brothers! They showed it to me when things were tough and I had my injury. They saw me in pain and said to me all the time: "Hold on!" I am touched by all the messages I've received.
Krépin DiattaOn the support he's received from the rest of the team

A second consecutive goal in Ligue 1

But beyond his goal, liberating for him and his partners, Krépin gave everything on the pitch to maintain this advantage. With four shots, including two on target, three crosses in the game, a 96% successful passing rate and one interception, in addition to repeated runs on his flank, the Monaco winger gave everything for the team. 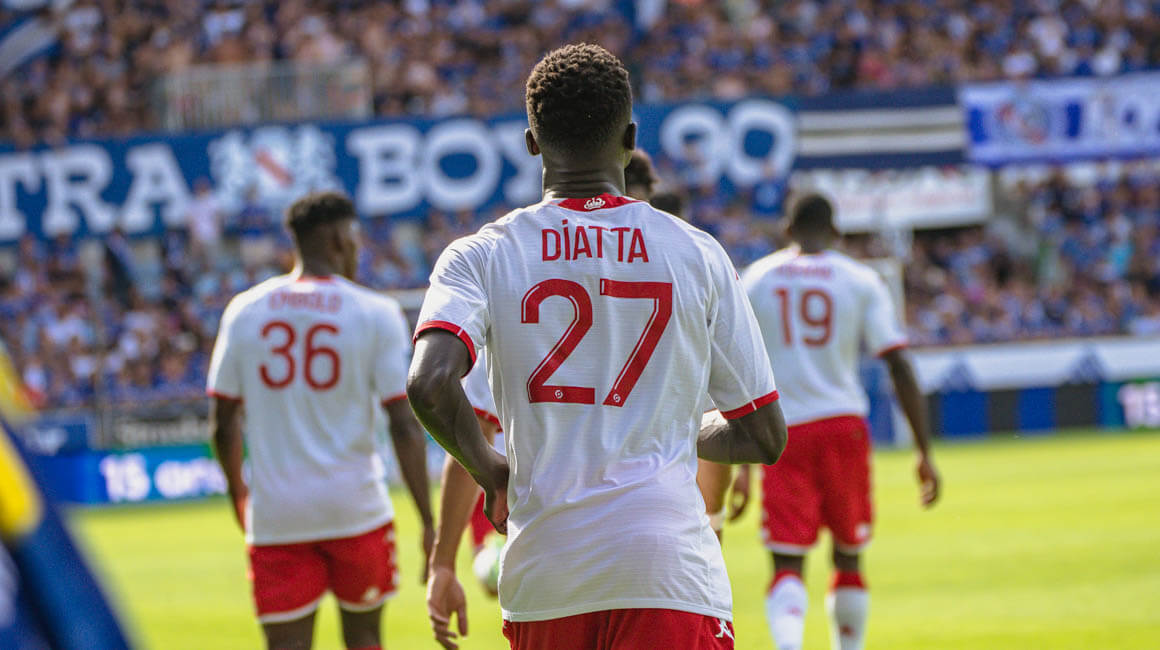 By the way, he also scored for the second consecutive match in Ligue 1, even if his last appearance was on November 19, 2021, before his injury. It is therefore not surprising to see him rewarded with the title of MVP of the match, awarded by you, the Rouge et Blanc fans on the AS Monaco App, with 46% of the vote, just ahead of Sofiane Diop (27%), the other scorer. Daghe Krepin!

🎬 😁 All smiles after the goal of Krépin Diatta!

* Download the AS Monaco App  (Google Play or Apple Store) 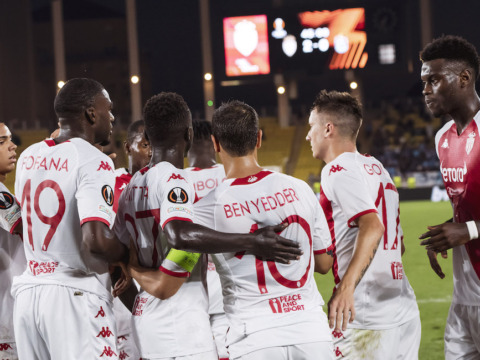 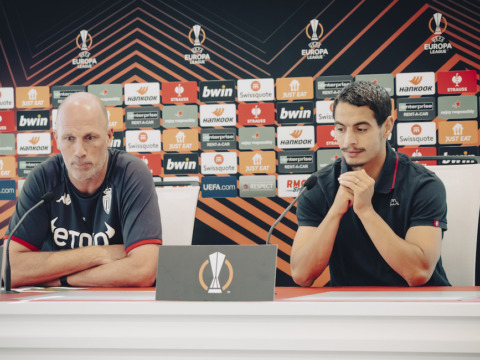