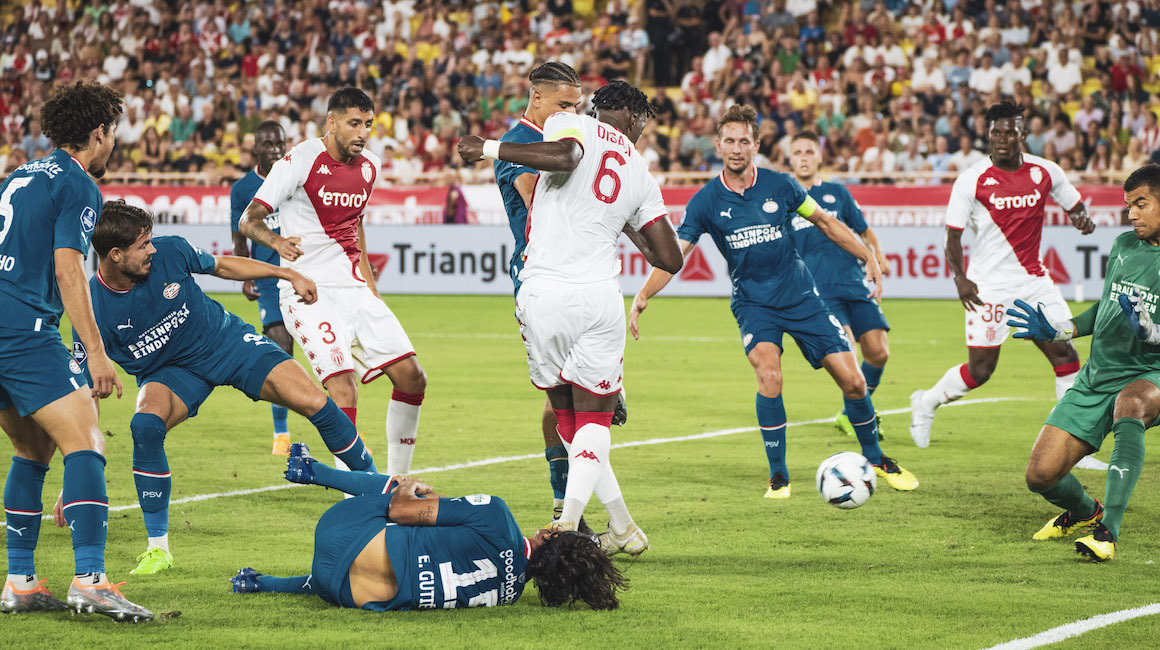 Trailing at the end of the first half, the Rouge et Blanc managed to turn the tide upon returning from the locker room, to earn a good draw against PSV Eindhoven (1-1), before the return leg next Tuesday in the Netherlands.

Phew! At the end of a completely open game and having trailed for nearly an hour, the players of AS Monaco obtained a draw against PSV Eindhoven in the third preliminary round of the Champions League (1-1). In order to gain the upper hand in this double-legged tie, Philippe Clement played a flat hybrid 4-4-2, with the duo of Ben Yedder and Volland in attack, supported by Takumi Minamino and Aleksandr Golovin; Vanderson and Ismail Jakobs started on the wings. 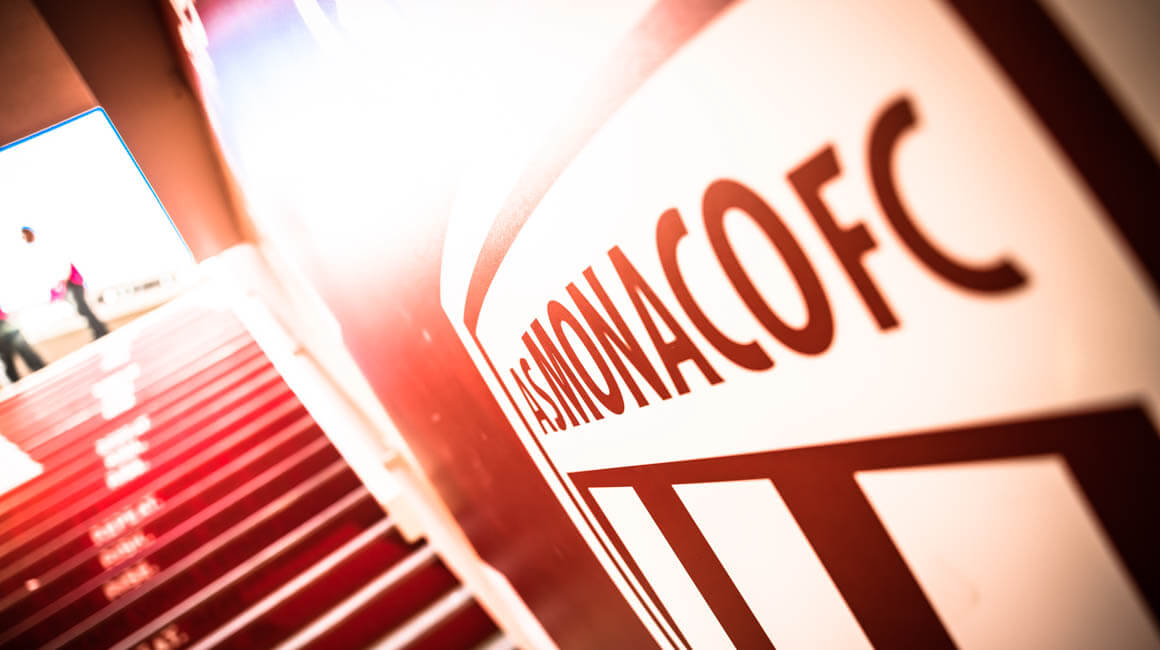 A strong start for the Monegasques… without success

The latter was particularly involved  on his flank and helped the Rouge et Blanc  to get the first opportunity of the match with a header by Youssouf Fofana on a free kick delivered by Aleksandr Golovin (5′). Full of effort in ball recovery, the midfielder did not let PSV breathe in the midfield, before Takumi Minamino took the opportunity to try his luck from distance (18′).

On the hunt for the opener. ✊

Ruud van Nistelrooy’s men tried to respond in quick succession with an attempt from Joey Veerman (22′), and then a blocked shot from Cody Gakpo (23rd). But the Rouge et Blanc  reacted with a good combination at a free kick (30′). They were even very close to obtaining a penalty on a handball by Ibrahim Sangaré (32′), but the referee, Mr. Davide Massa, waved it away after consulting the VAR. 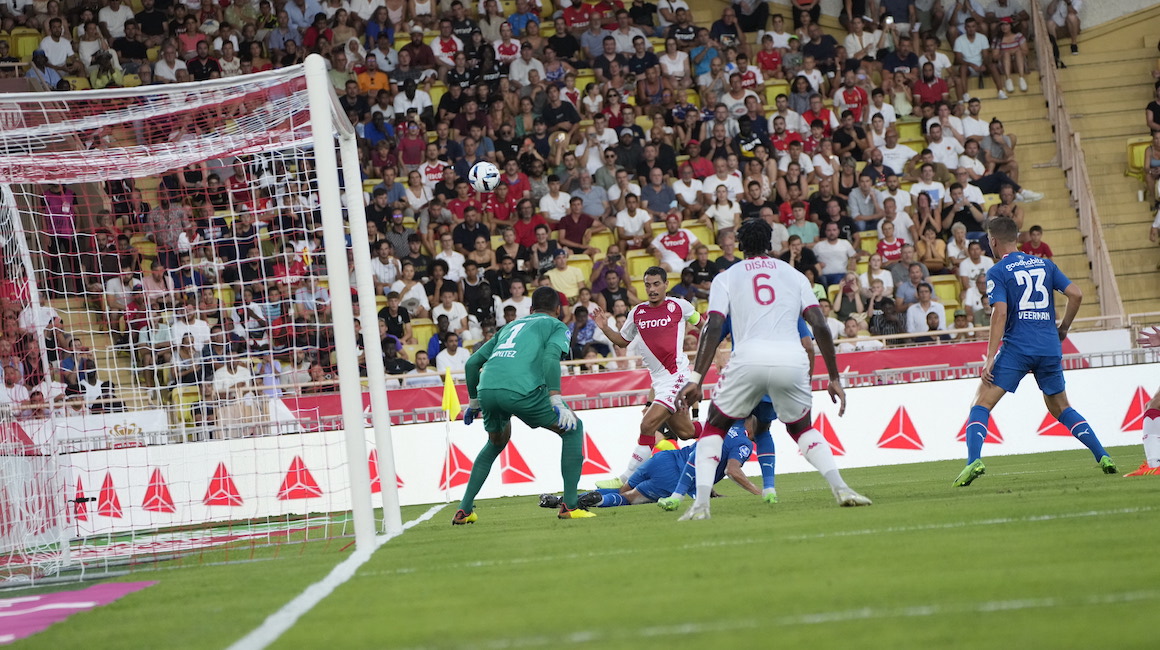 A tough blow before halftime

Unfortunately, shortly thereafter, PSV opened the scoring with a good knockdown by Luuk de Jong for Joey Veerman, who finished with a shot across goal from the left (0-1, 39′). The response was immediate with a good cross by the Tsar met at the far post by Minamino, but Walter Benitez cleared it off his line (40′). But half-time would come with a one-goal deficit.

Takumi Minamino’s teammates came back with superb intentions in the second half, and the Japanese international himself made the biggest opportunity for Monaco with a half-volley on a sublime pass by Guillermo Maripán (49′). His shot was off target, but danger was coming from everywhere, before Eindhoven almost doubled their lead through Guus Til at the far post (52′).

But the Monegasques were not giving up and Wissam Ben Yedder played in a jewel of a cross that Kevin Volland flashed just wide (58′)! The captain then his his own powerful shot  (60′) — the equaliser was getting closer. Then came a bit of team play concluded with a shot by Minamino (64′), followed by Philippe Clement making his first change, with the return to competition in an official match of Krépin Diatta (67′).

His return had barely thrilled the Stade Louis-II faithful before the visitors threatened again through Armando Obispo (70′), as well as an off-target shot from Saibari (74′). But it was finally the Rouge et Blanc who found the net. Axel Disasi, opportunistic from a free kick, put the ball into the bottom of the net against former Nice ‘keeper Benitez (1-1, 80’)! The crowed erupted as AS Monaco were on the scoreboard.

All to play for in Holland

He even leapt to meet the ball again when Youssouf Fofana knocked on a powerful header that hit the post (88′)! Unfortunately the score remained level after five minutes of additional time. The Rouge et Blanc will have to seal qualification in the Netherlands next Tuesday at the Philips Stadion (kick-off 8:30 p.m.). DAGHE!

Everything will be decided in Eindhoven next Tuesday. 👊