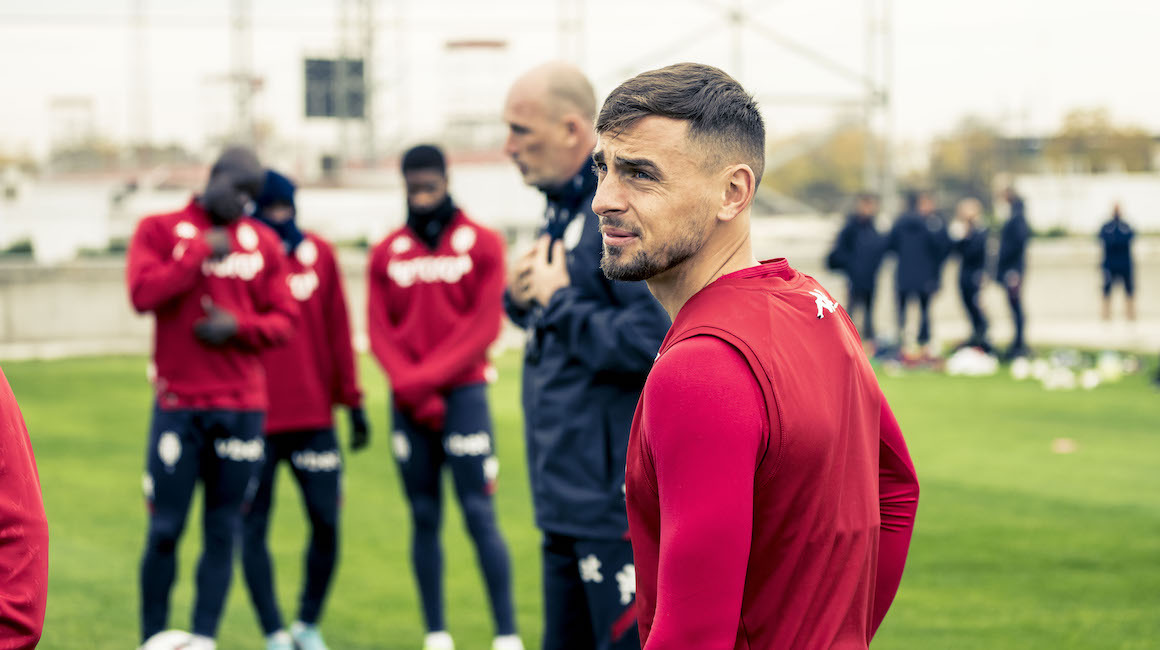 Before returning to his former club, Auxerre, for the first time in Ligue 1, after having trained over the World Cup break with the Rouge et Blanc, the AS Monaco right back expressed his desire to get back to competition with the media.

He played 97 games in an Auxerre jersey! This Wednesday, Ruben Aguilar will cross paths with his former club in Ligue 1 for the first time. It’s a homecoming,  a match at Abbé-Deschamps, which will inevitably evokes some strong memories for the Monegasque right back, who has been in great form over AS Monaco’s rcecent training, especially in Leeds last Wednesday (a 2-4 win). This is what he spoke about in the pre-match press conference. 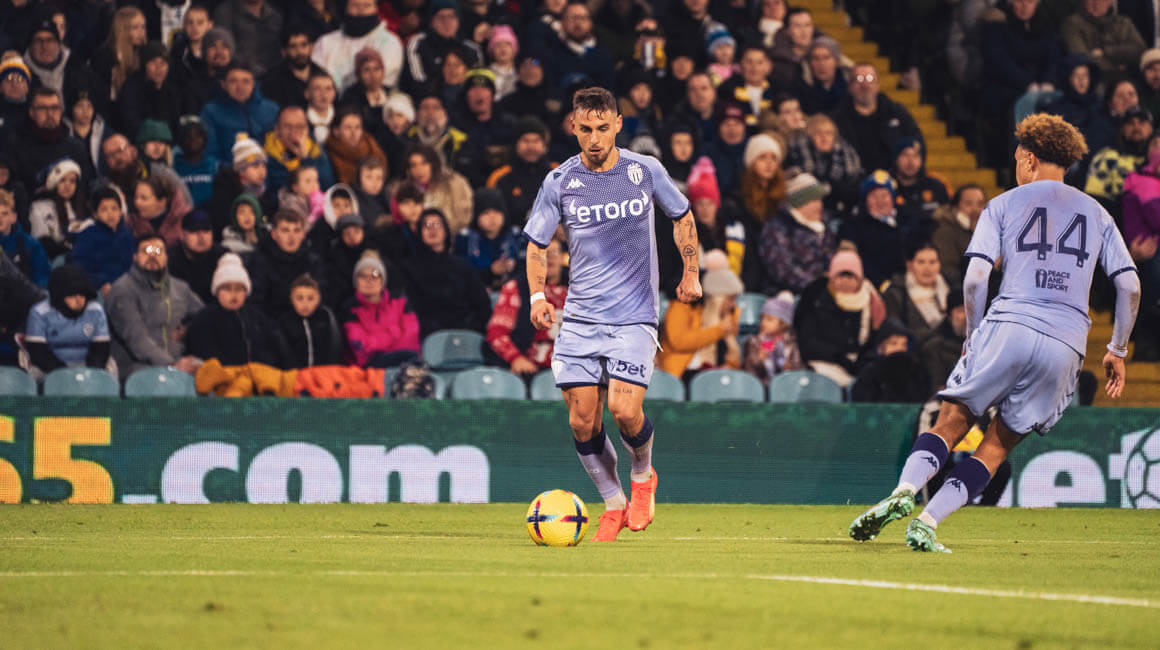 I'm very happy to return to Auxerre, and besides, it's the first time I've done so since I left (in 2017)! It is a historic club in the French league with a legendary stadium. AJA is really special for me, because I started my professional career there.
Ruben AguilarOn his return to Auxerre

On the period over the World Cup

We had 15 days off to recharge our batteries initially. Then we returned to the Performance Center for two days, before leaving for a training camp in Benidorm in Spain. We played several friendly matches against interesting teams from different leagues. This is always very instructive. Now it’s back to playing in the league with this match against Auxerre which happens on Wednesday. The staff have made sure that we are fit and at 100% for this first match. We’ve worked very hard, whether it was those who were there at the start of this period, or the internationals who have returned from the World Cup.

A return to Abbé Deschamps

I’m very happy to return to Auxerre, and besides, it’s the first time I’ve done so since I left (in 2017)! It is a historic club in the French league with a legendary stadium. AJA is really special for me, because I started my professional career there. So I’m looking forward to it. 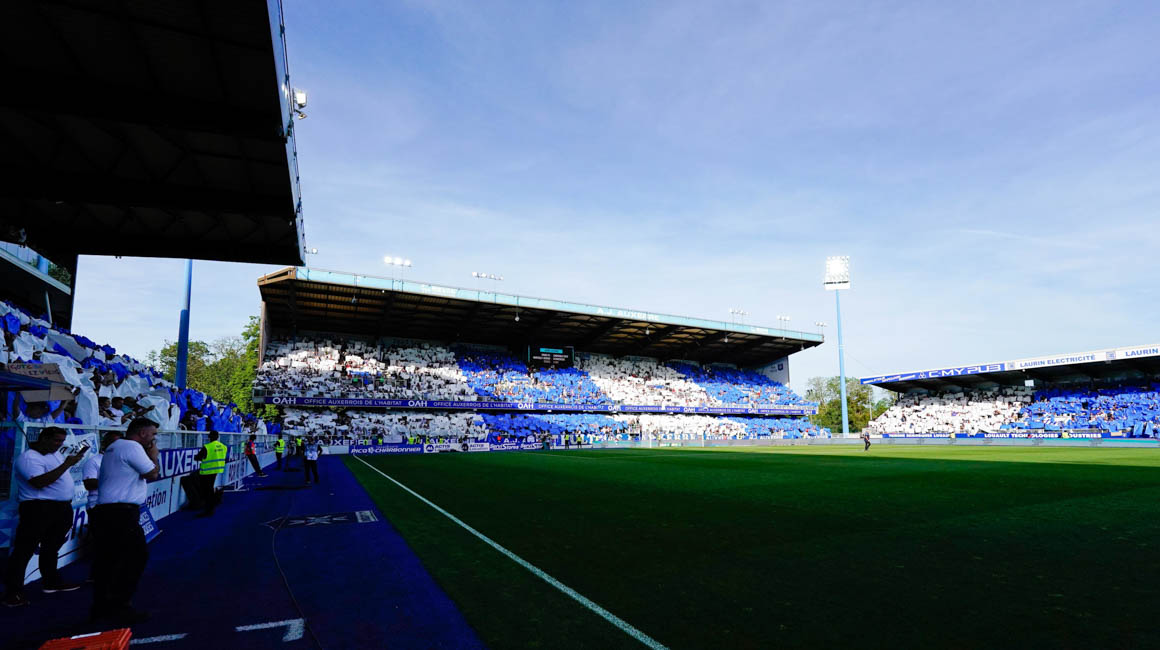 What kind of match should we expect?

On the pitch, things have changed a lot since I left. I’ve only played with Birama (Touré), the captain of the team. At the administrative level, however, I think that not much has changed and that I still know a few employees. In any case, it will be a very solid match, because they will come at us, so we will have to meet this challenge. We expect a lively team, but especially a low block, we will have to be vigilant with their transitions.

Axel and Youss'? This was amazing! We applauded them this morning when they returned to training. We are proud of them. Even my wife cheered them on to encourage them when she saw them playing (smiles). We are really very proud of them.
Ruben AguilarOn Axel and Youssouf reaching the World Cup final

Points of emphasis during the break

We worked physically but also tactically. We didn’t do in-depth work like we are used to doing in the summer, but this period still allowed us to work more in depth on certain situations. You will no doubt see it over the course of our next matches. Personally ? I had a tricky time with my foot. The holidays allowed me to recharge my batteries mentally too, to sweep away all that. I was very happy to be able to play matches during the break, to have playing time, and above all to no longer be troubled by this. The most important thing is what I can bring to the coach and my teammates.

They were happy to be back and we were happy to see them again to congratulate them, even if some went less far than others. It’s an exceptional experience honestly, and it’s above all a source of pride for us to train with players who have participated in this event. Axel and Youss’? This was amazing! We applauded them this morning when they returned to training. We are proud of them. Even my wife cheered them on to encourage them when she saw them playing (smiles). We are really very proud of them.

It’s quite special, but honestly we are quickly getting into the mood. Training on the 24th or 25th is a bit strange, in any case it’s the first time I’ve experienced this in my career. But it’s cool, it’s exciting I think in a way. My family is not happy because we couldn’t celebrate Christmas with them, they stayed in Grenoble. It’s part of one’s career, the sacrifices you have to know how to make, but I was still able to celebrate Christmas with my children and my wife, so that’s the main thing. 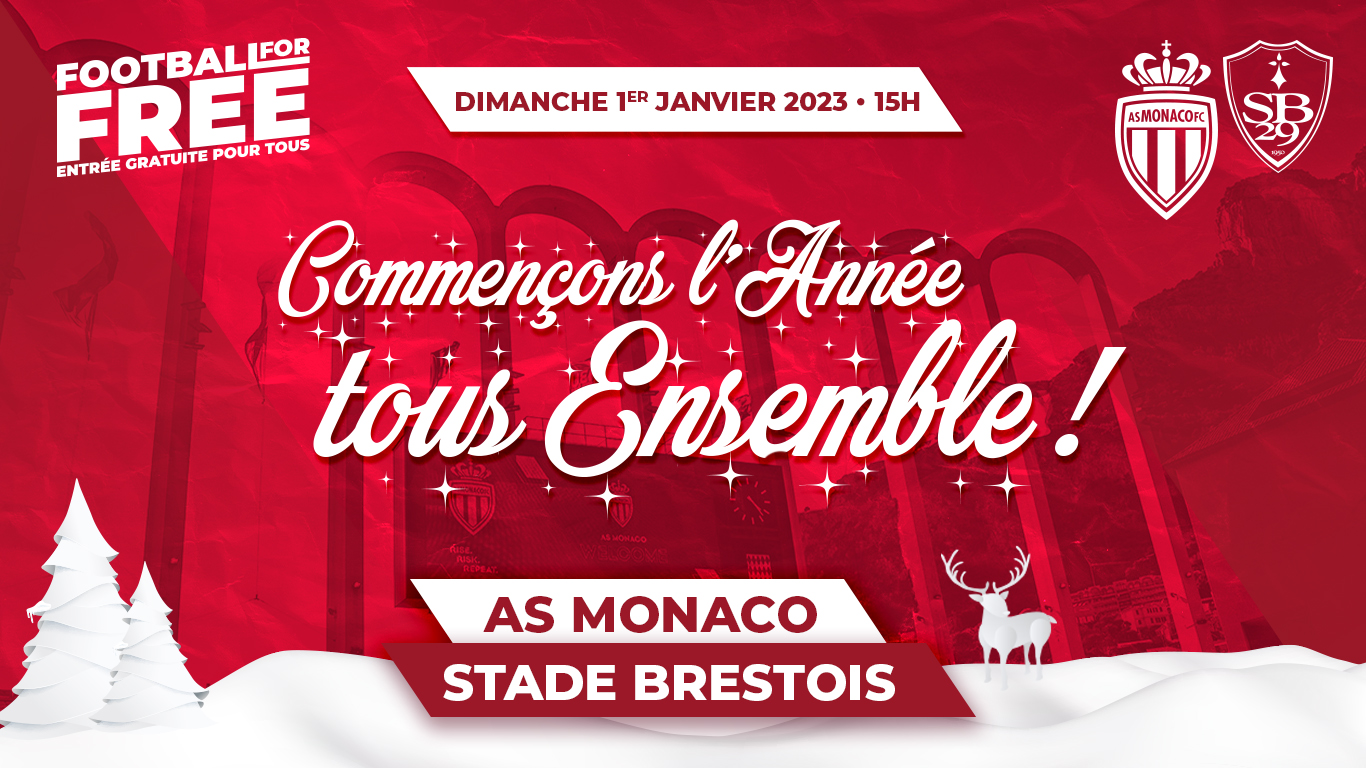 Edan Diop at right back

He had the opportunity to help out on the flank in friendly matches, especially at Empoli where he even scored (a 1-0 win). I tried to give him some advice, and he’s showed his qualities. It’s not really his favorite position, but it’s good for him to discover something else, even if it’s more of an environment suited to me. It’s good to be versatile in football. Empoli played in a diamond so he had more possibilities offensively on the flanks. It’s good to talk to a player who is new to this position.