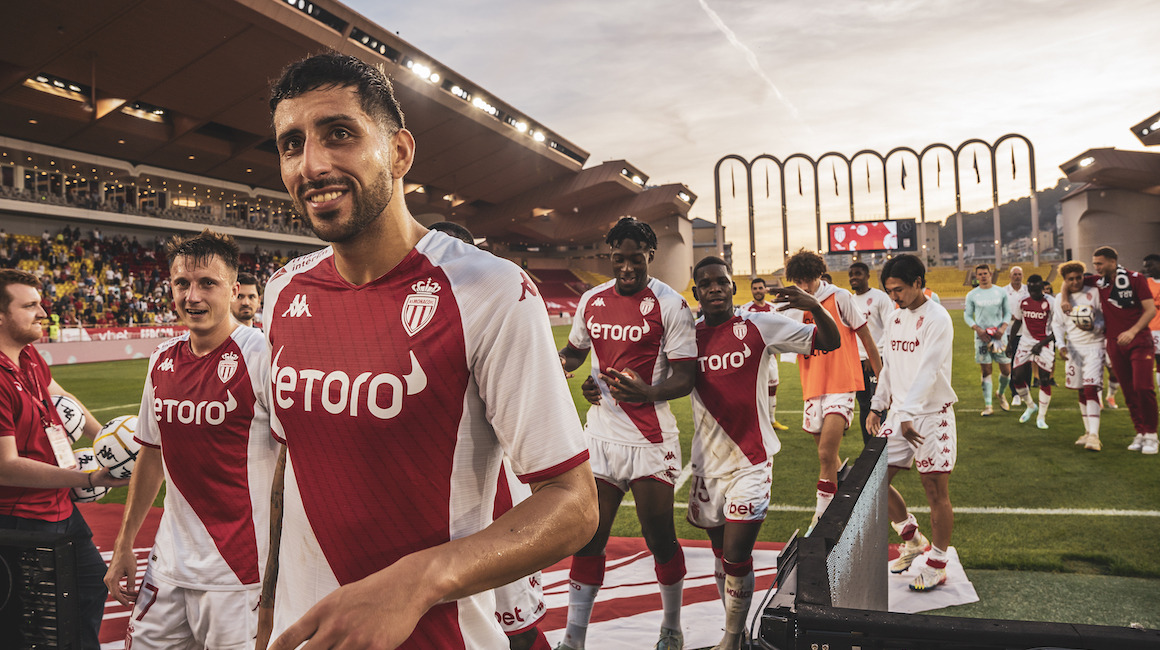 With 2022 in the books, it's time to look back to remember all that AS Monaco has accomplished over the last 12 months. Between an incredible run of consecutive wins, a 29th podium in Ligue 1 and the World Cup, here's look back at the highlights.

One year, one more. It passed at the speed of light, and now 2022 is already over… Here’s a look back at the twelve months that have just passed. Across a crazy run of victories, another podium in Ligue 1 and an incredible display by Wissam Ben Yedder, through to the exploits of our youngsters from the Academy. Here’s a look back at a special year. 🔙 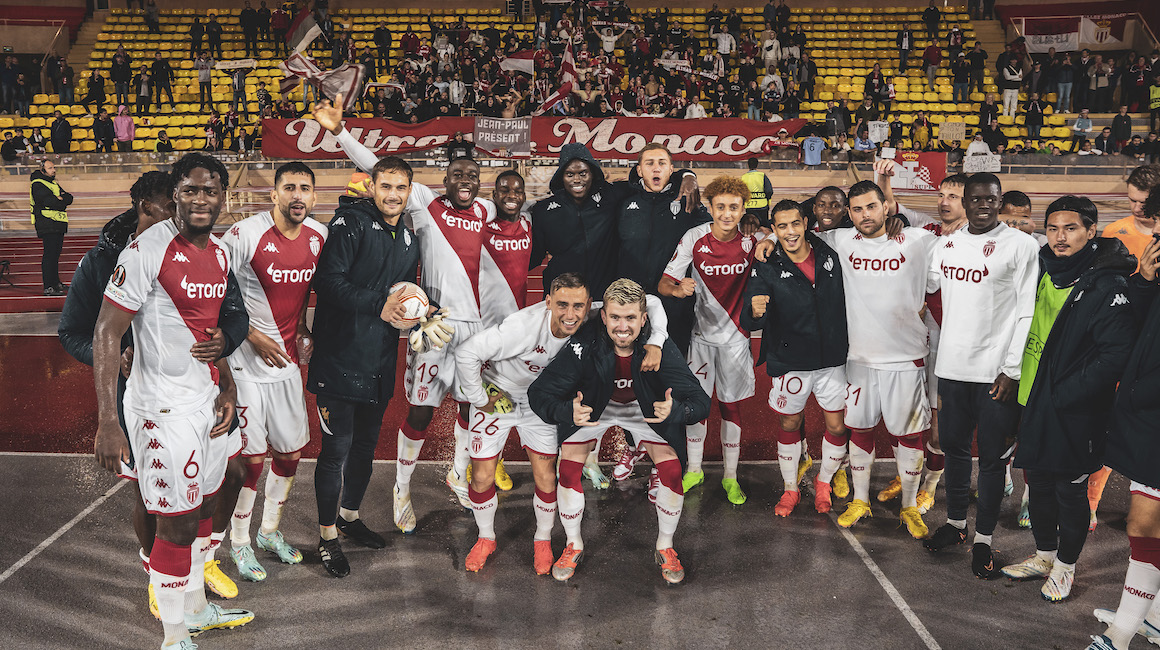 Last spring, Philippe Clement’s players recorded nine consecutive victories in Ligue 1 between March 20 (a 3-0 win against Paris Saint-Germain) and May 14, 2022 (a 4-2 victory over Brest). It was simply the best run by a French team during the 2021-2022 season, as well as the best run for a team since their counterparts from Paris, between the months of August and November 2018 (14), and it took all of that to come third! #WIN 📊

A record number of podiums in Ligue 1

Thanks to this exceptional end to the season, AS Monaco managed to finish in third place in the league. That clinched the 29th podium in the history of the Club… a record in the French top flight! The Rouge et Blanc are currently ahead of Olympique de Marseille (27), Paris Saint-Germain (22) and Olympique Lyonnais (21), in terms of the number of finishes in the top three.

Since returning to the top flight in 2013, the club from the Principality have finished on the podium in seven of their nine seasons in Ligue 1. With 29 podium finishes in 63 seasons in the top flight, AS Monaco have stood out with impressive and unequaled regularity in France. Historic! 🥉

A place in the final for the U-19s

They had a great season! Before taking their places in the new Elite Group last summer, the U-19s of Frédéric Barilaro made quite the impression. Finishing at the top of their group, D in the league (58 points, 18 wins), Mamadou Coulibaly and his teammates thus had the chance to participate in the final rounds of the tournament. After taking out Drancy in the quarter-finals (4-0), and then Paris Saint-Germain in the semi-finals (4-2), the Rouge et Blanc unfortunately fell short against Nantes in the final. It was a  big disappointment but one which was quickly swept away by the pride of having worn the colors of the Club on such a stage! Proud 👏

Traveling to England in November, for the kickoff of the tournament which brings together Premier League clubs, Damien Perrinelle’s Elite Group brilliantly won against Manchester United, on the legendary pitch at Old Trafford (0- 2). Dominant from start to finish, the youngsters from the Academy showed patience until a beautiful collective action finished by Mamadou Coulibaly. A second goal came in added time from Diedry Kouassi, with the help of the post. The final score was 2-0, marking a prestigious victory in one of the most beautiful football stages in all of football. Well done! 🏟

By scoring a sublime panenka against Olympique de Marseille just before the international break, Wissam Ben Yedder scored his 83rd career goal with AS Monaco. It also confirmed his status as a fine marksman from the penalty spot, with a 90% success rate since his arrival in the Principality (26/29 in all competitions).

It was also a goal which also allowed the captain and number 10 of the Rouge et Blanc to join Radamel Falcao in the ranking of the greatest Monegasque scorers in history (4th), just off a podium composed of Christian Dalger (89), Lucien Cossou (115) and Delio Onnis (223). Machine 🎯 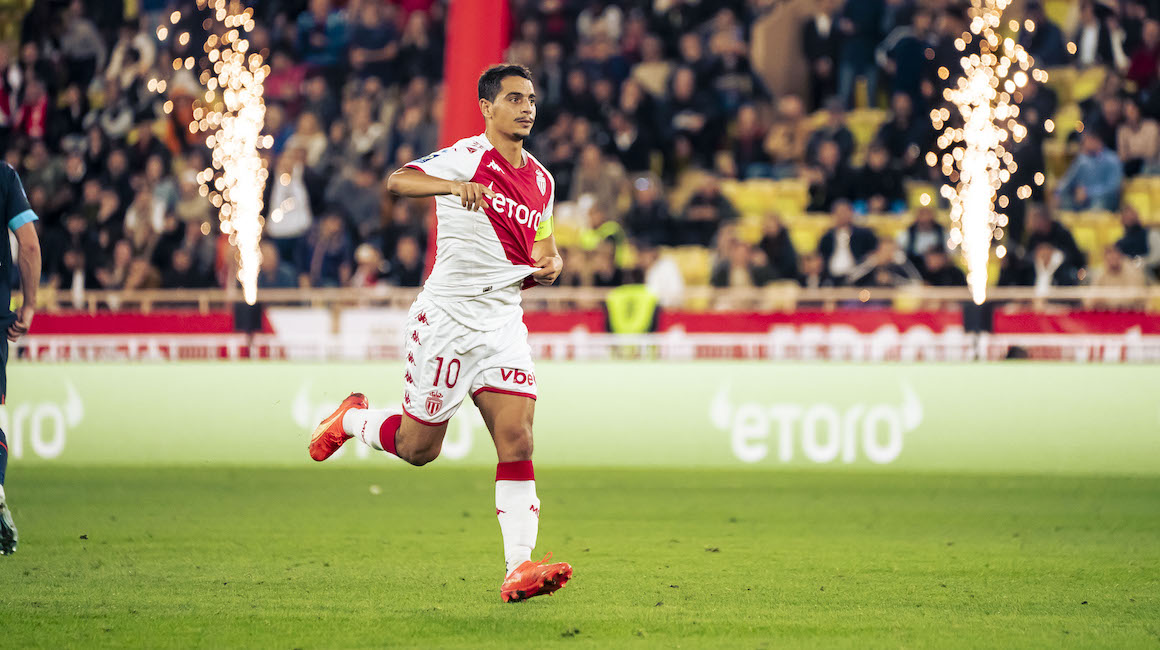 With no less than six Monegasques present at the World Cup in Qatar, as well as 15 former players, AS Monaco was one of the most represented French clubs. And it brought convincing results, as Axel Disasi and Youssouf Fofana finished the competition with this honorary title of vice-champions of the world, along with former Rouge et Blanc Aurélien Tchouameni and Kylian Mbappé.

Among the former players to take part, Mario Pasalic did the best, finishing third with Croatia. Before him, Fabinho and Bernardo Silva had their runs stopped in the quarter-finals. DAGHE MUNEGU! 🇲🇨 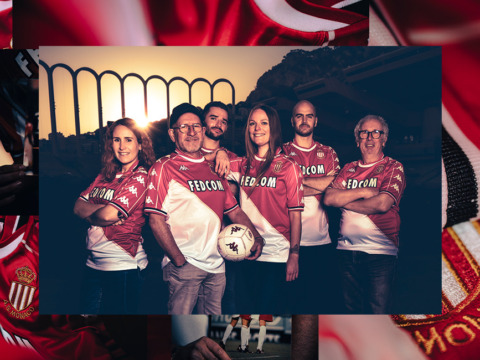 AS Monaco and Kappa reissue the team's 2000 title-winning jersey