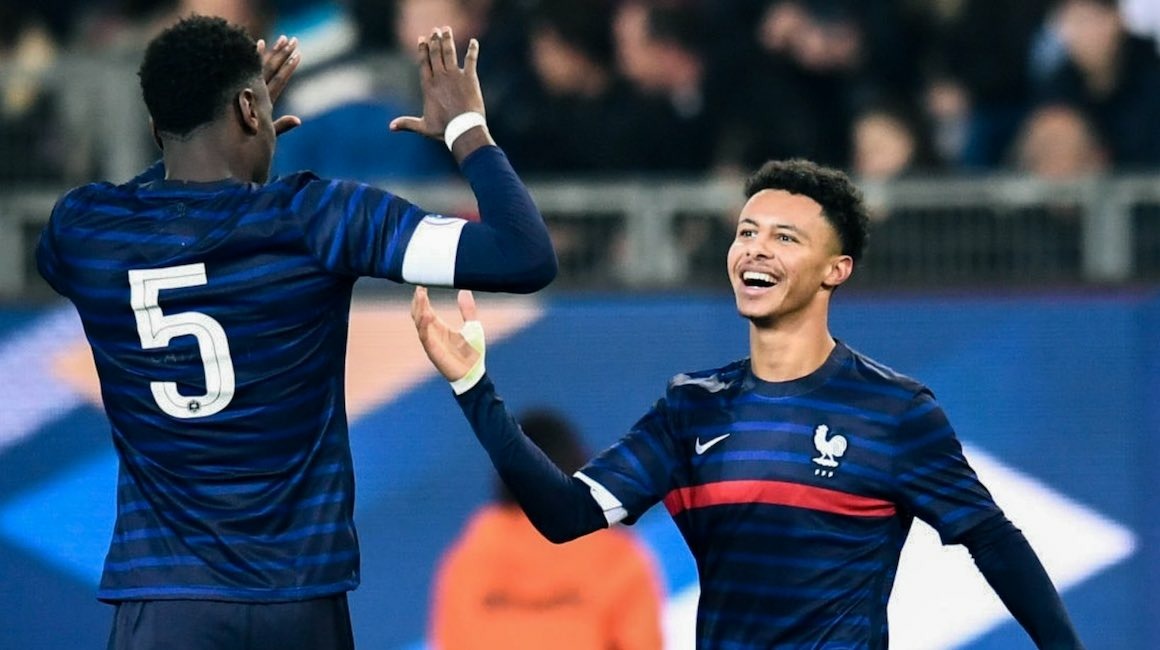 Author of an exceptional match during the recent win for Les Espoirs against Armenia on Thursday evening (7-0), our attacking midfielder was involved in five of the seven French goals. .

It was the very definition of a masterclass! Again in the starting XI for the French U-21s (Les Espoirs) alongside Benoît Badiashile this Thursday evening against Armenia, Sofiane Diop made his mark on the match with his talent. Already at the top of their qualifying group for Euro 2023, Sylvain Ripoll’s side made short work of the bottom side in Group H (7-0). And it was the Monegasque number 37 playing a big part, being involved in no less than five of the seven goals scored by France.

An intelligent cutback and a poacher’s finish

Starting on the left wing in the former Lorient coach’s 4-4-2, he was involved in setting up Maxence Caqueret, for a magnificent opening of the French score in the 11th minute of the game (1-0). The top 5 central defender who makes the most forward passes on average per match (6), Benoît Badiashile was also involved in the play. Then, it was him again who followed up perfectly a strike from Lens’ Arnaud Kalimuendo which fell to his feet, and he finished from close range (2-0, 27′). But his massive performance didn’t stop there. Not satisfied by this assist and this goal, Sofiane got back into the mix after the teams’ return from the locker room.

A peach of a free kick!

We were playing in the 50th minute, when Sofiane decided to take a free kick from the edge of the Armenian penalty area. Inspired by Rayan Cherki’s goal in the first half from the same distance at the other end, he did not tremble and found the top right corner, beating the opposing goalkeeper (4-0, 50′). Sumptuous! But our Diop recital did not end there. On a long ball by Benoît Badiashile, again, the native of Tours clipped a subtle pass into the path of Arnaud Kalimuendo, who was able to tap home (5-0, 58′).

Involved in 6 goals in 5 matches with Les Espoirs

The show continued at the Stade des Alpes in Grenoble, since Les Espoirs were not sated yet. It would be the Lorient midfielder Enzo Le Fée who delighted at the end of the match, scoring what would be a seventh and final goal, on a pass from… Sofiane Diop (7-0, 82nd)! It was crisp, powerful and clever. The Man of the Match, according to Canal + commentator Jean-Luc Arribart, had a third assist in addition to a magnificent brace. In five games and five starts with Les Espoirs, Sofiane now has three goals and three assists. Class.

Impressive throughout the match, our two Monegasques are therefore continuing their journey towards Euro 2023, a prize which is getting closer and closer. So congratulations to the team for this impressive victory, and congratulations, Mr. Diop !