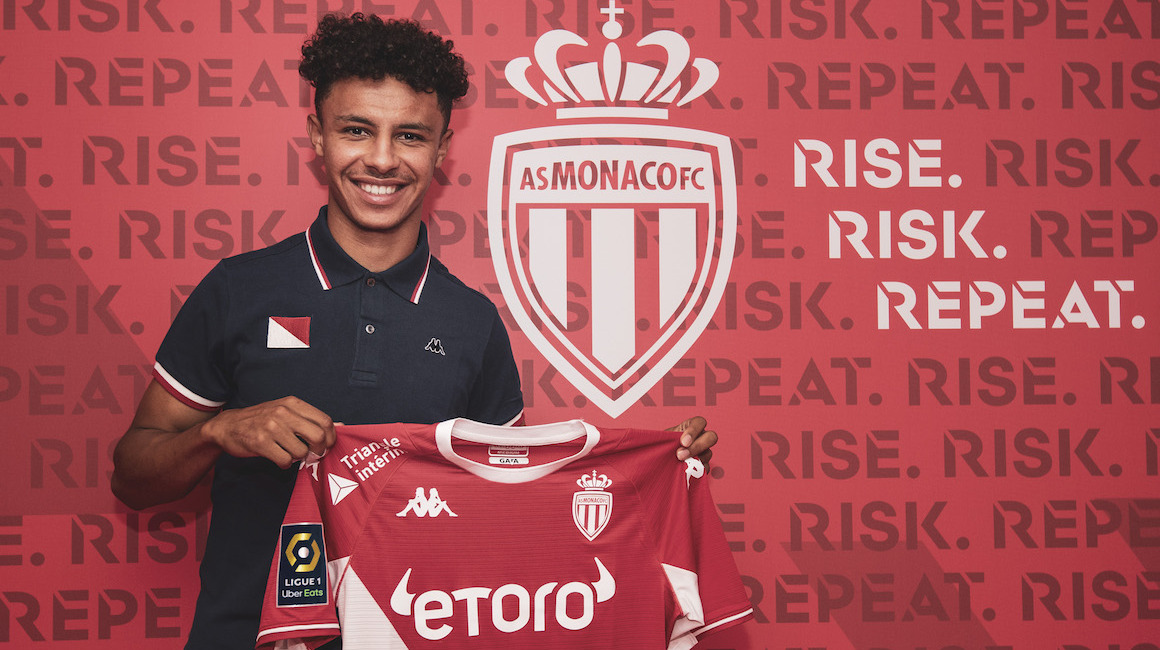 Myron Boadu: "I'm ready to fight to win in Ligue 1"

Jean Lucas: "It's a new challenge"
AS Monaco are pleased to announce the extension of Sofiane Diop's contract for a three more years. The young attacking midfielder, who turned 21 on 9 June, is now tied to the Monaco club until June 2026.

One of the revelations of AS Monaco’s fine 2020-2021 season has officially extended his deal with the Red and Whites for a further three years. Sofiane Diop, who is coming off a successful season (35 matches, 7 goals and 2 assists), has thus signed a long-term contract with AS Monaco.

More than 60 apparences with AS Monaco

The Tours native, who trained at Stade Rennais, arrived on the Rock in June 2018. In the wake of this, he made his Ligue 1 Uber Eats debut against FC Nantes (3-1). A few weeks later, he discovered the Champions League in a group stage match against Club Bruges (1-1). After 22 official matches and plenty of promise shown during his first season, Sofiane Diop was loaned to FC Sochaux-Montbéliard (Ligue 2 BKT) in summer 2019. 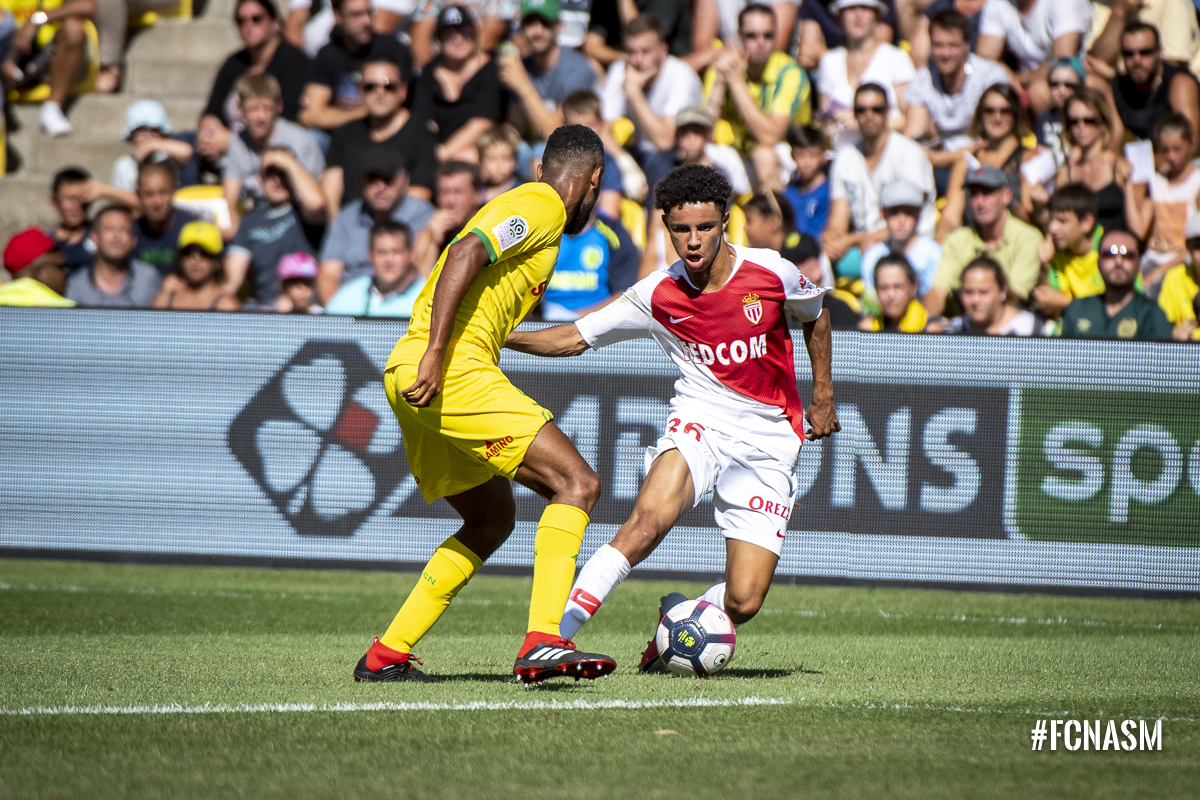 The midfielder made 15 appearances before the end of the season and scored his first professional goal on 14 February 2020 against Valenciennes (2-3). After returning from loan, Diop was trusted by Niko Kovac, who offered him playing time from the start of the 2020-2021 season. On 13 September, the number 37 scored against FC Nantes (2-1) before repeating the feat in Nice for a prestigious victory in the Côte d’Azur derby (2-1).

An assist and a goal against Prague

Like all his team-mates, Sofiane Diop had a superb second half of last season. His goals against FC Lorient (5-2), PSG (2-0) and ASSE (4-0) are proof of his contribution. With him, Niko Kovac’s men gleaned 51 points between January and May, and climbed to third place on the podium on the evening of the 38th and final day.

In this early season, Sofiane has already shown himself to be decisive. He set up Kevin Volland for the first leg of the Champions League third qualifying round match against Sparta Prague (2-0), and scored a superb goal in the return leg (3-1). 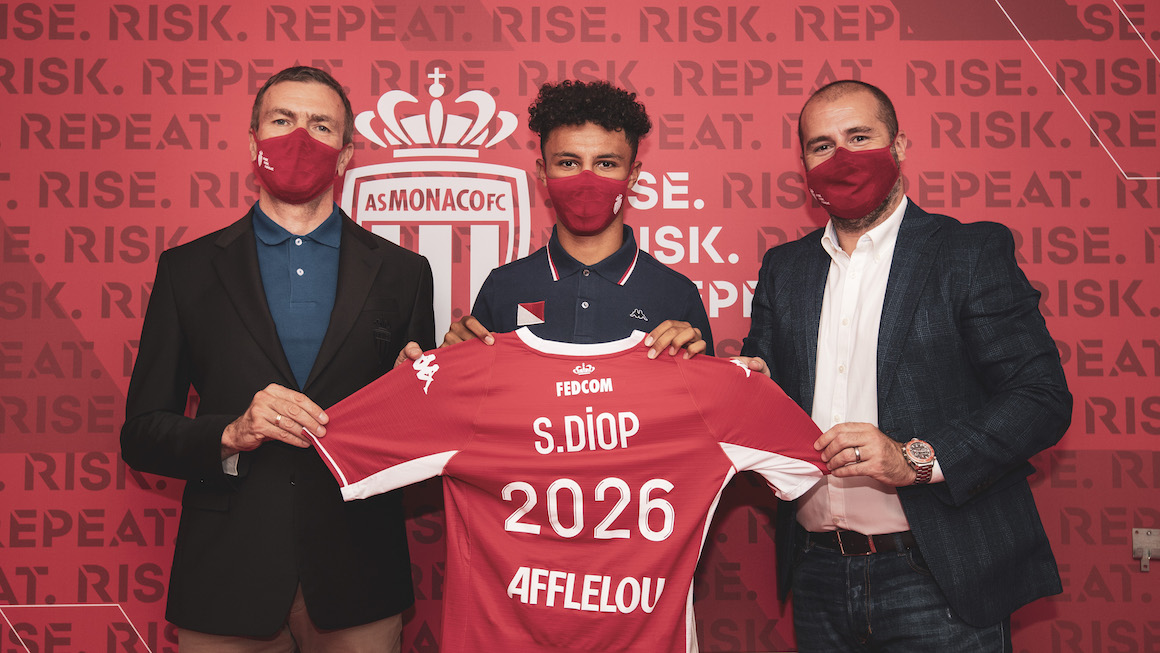 I am very happy to extend my contract with AS Monaco. Since my arrival, the Club has allowed me to progress. Last season, the coach trusted me and I did my utmost to repay that trust on the pitch.
Sofiane Diop

> Oleg Petrov, Vice-president CEO: “Being able to allow the group’s young talents to grow serenely is one of our strategic priorities and Sofiane’s extension is, in this respect, a source of satisfaction. Since his arrival at the Club, Sofiane has shown technical qualities but also a competitive temperament that has enabled him to progress through the ranks. We are convinced that he will be able to continue to flourish within AS Monaco’s sporting project and we are delighted with this extension.”

> Paul Mitchell, Sporting Director of AS Monaco: “Sofiane has demonstrated since he was presented a new opportunity in the first team last season what a talented player he is. With continued focus he has never stopped working to make his place in this strong group. Thanks to his qualities, high potential and his determination, he has blended perfectly into the demands and style of the team. We are happy that he has committed his long-term future with AS Monaco and we are delighted to see him continue to grow under our colours.”

> Sofiane Diop: “I am very happy to extend my contract with AS Monaco. Since my arrival, the Club has allowed me to progress. Last season, the coach trusted me and I did my utmost to repay that trust on the pitch. With a season full of challenges ahead, from the league to the Club’s return to the European Cup, I intend to continue to give my all to bring my qualities to the group.”