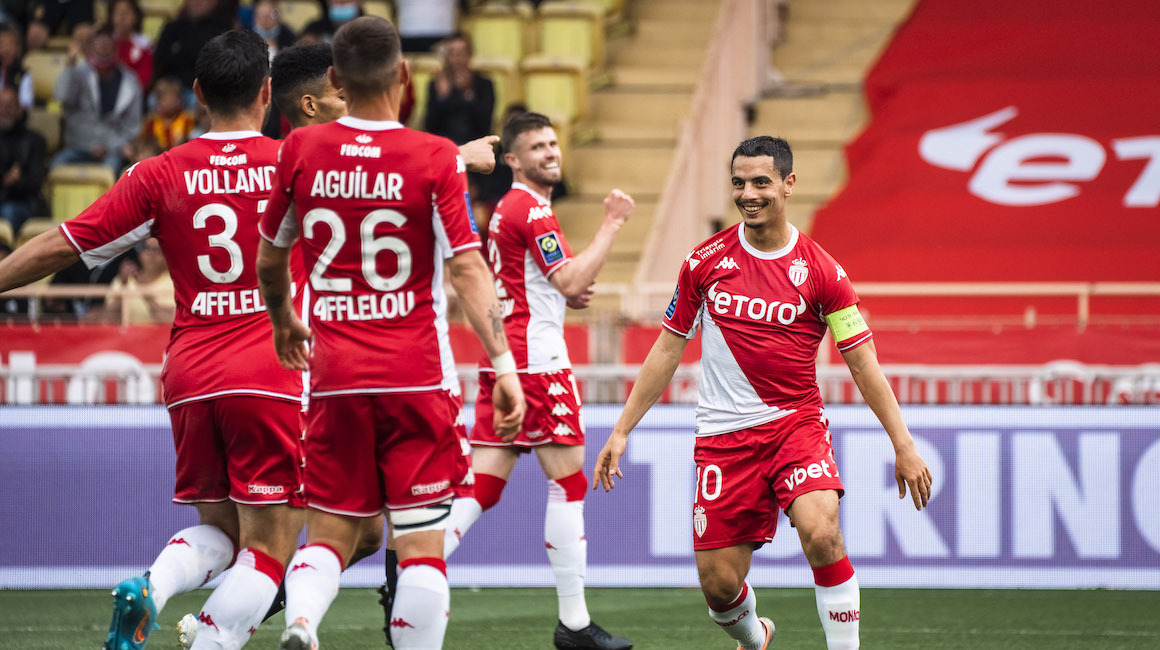 By emerging victorious on the 35th round of Ligue 1 against Angers at the Stade Louis-II (2-0), the players of AS Monaco extended an already incredible run of victories in the league. Here are stats from this strong run thanks to our partner Opta.

Seven at home! As if AS Monaco’s current series, the best in the European Big 5, was not enough, in defeating Angers this Sunday in the Principality (2-0), Philippe Clement’s Rouge et Blanc extended their incredible run with a seventh consecutive success in Ligue 1.

This sparkling form has allowed them to keep the podium in their sights, three rounds before the end of the season. And if this momentum is concretized with a perfect record and plenty of offensive success, it is also validated by a defensive solidity in recent weeks. Here’s the proof in a few statistics following the victory against Le SCO, courtesy of our partner Opta, statistics specialist. 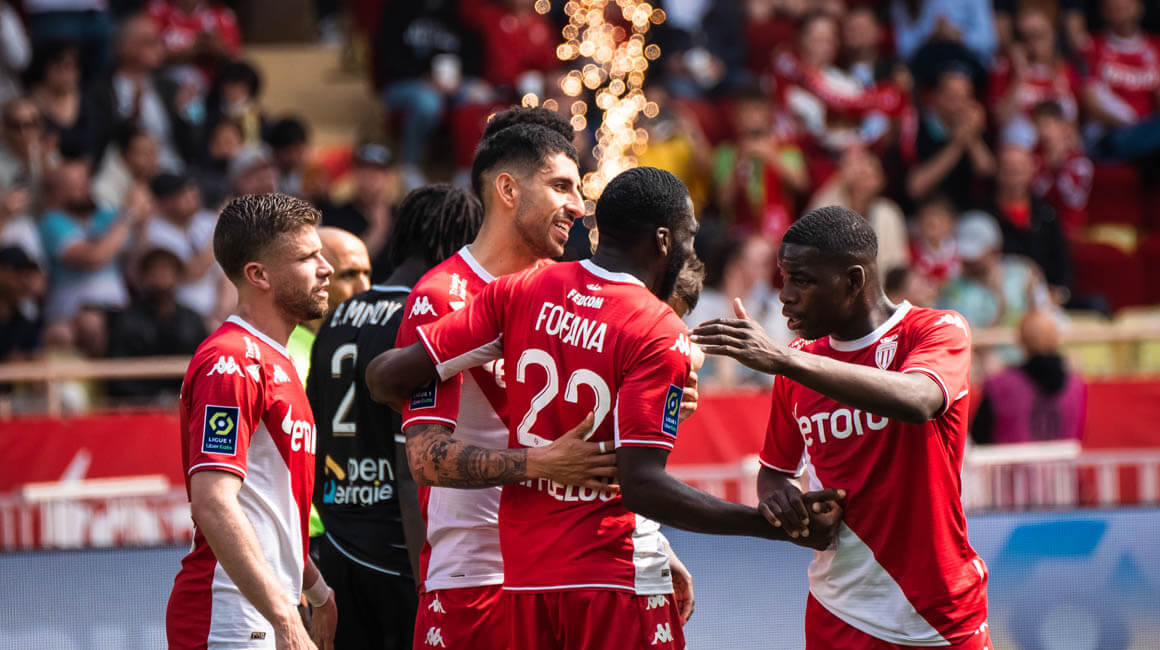 Catch me if you can!

The Rouge et Blanc have won their last 7 Ligue 1 matches, the best current run in the five major championships. The Principality club had not done as well in the top flight since January-February 2021 (also 7).

On the occasion of the team’s win against Les Angevins, Wissam Ben Yedder scored his 21st goal in Ligue 1 in 2021-2022 with AS Monaco, a new personal record in a single season in the five major leagues. His previous best was 20… during the last season!

Filling the nets at home

By scoring again with his left foot, the Monegasque captain scored for the 15th time at the Stade Louis-II in the league this season; a habit that has continued. 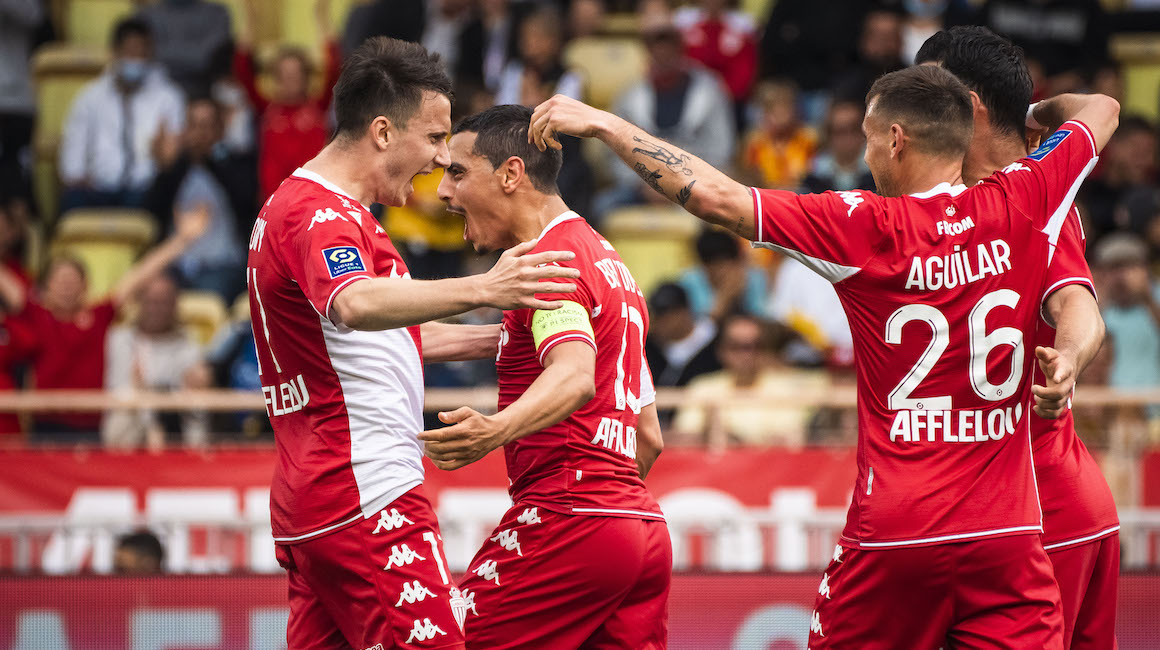 Alexander Nübel’s teammates now have eight clean sheets at home in Ligue 1 this season; only Stade Rennais (10) have done better. In addition, only Paris Saint-Germain (10) and the Bretons (13) have conceded fewer goals at home than ASM (14) in 2021-2022.

AS Monaco have lost only one of their last 15 Ligue 1 home matches (11 wins, 3 draws), against Reims on February 27 (1-2), having recorded seven clean sheets in their last nine at the Stade Louis-II. 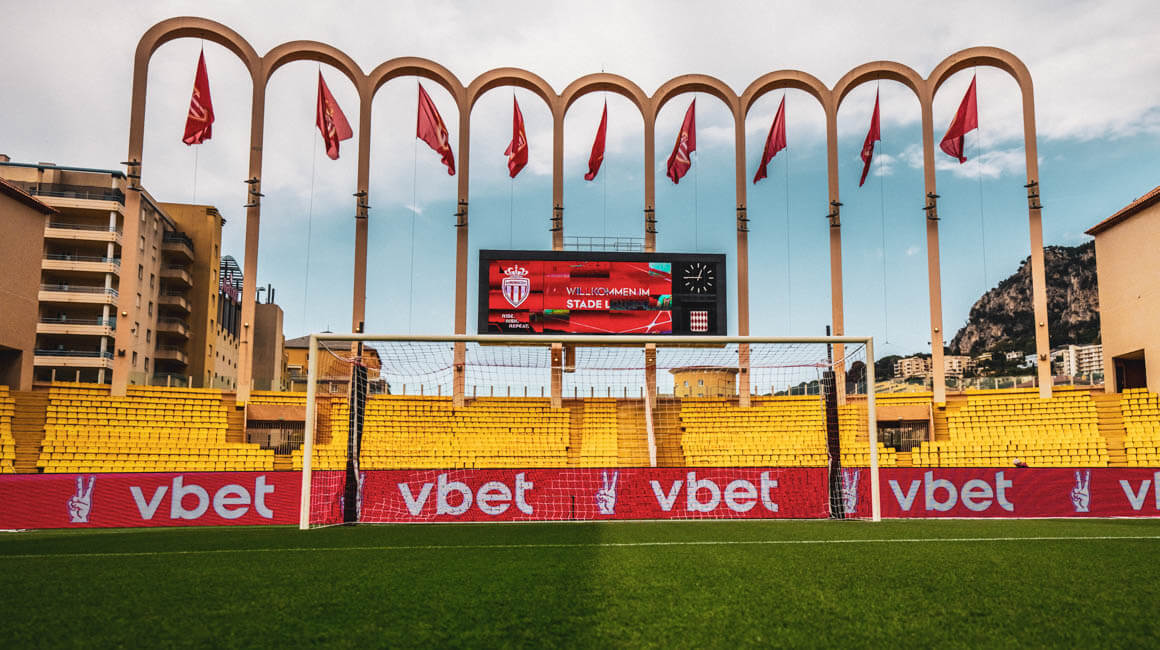 A tactic that pays off

Angers have lost six of their last seven Ligue 1 games in which they had more than 50% possession, compared to just one of the first nine in 2021-22. Conversely, AS Monaco have won nine of its 11 matches with less than 50% possession in Ligue 1 this season.

We are back! We try to create chances in every game, like we did last season, when our statistics were very good. They have not been bad either this year (smiles).
Kevin VollandOn his relationship with Wissam Ben Yedder

Kevin Volland has already provided five assists for his Yedderland partner Wissam Ben Yedder in Ligue 1 this season. Only Lionel Messi (for Kylian Mbappé) has done better (6). The German has been involved in 15 goals in the current season (8 goals, 7 assists).

Thank you for everything!

The Monegasque number 31 has now been involved in six goals against Angers in Ligue 1 (1 goal, 5 assists), his favored opponent in the top flight. He has also been decisive five times in his last six games in the top flight (3 goals, 2 assists).

Against Le SCO, Aleksandr Golovin played his 100th match in Ligue 1, all with AS Monaco, becoming the first Russian player to reach this milestone in the top flight. In all, he has been decisive 34 times over these encounters (14 goals, 20 assists). 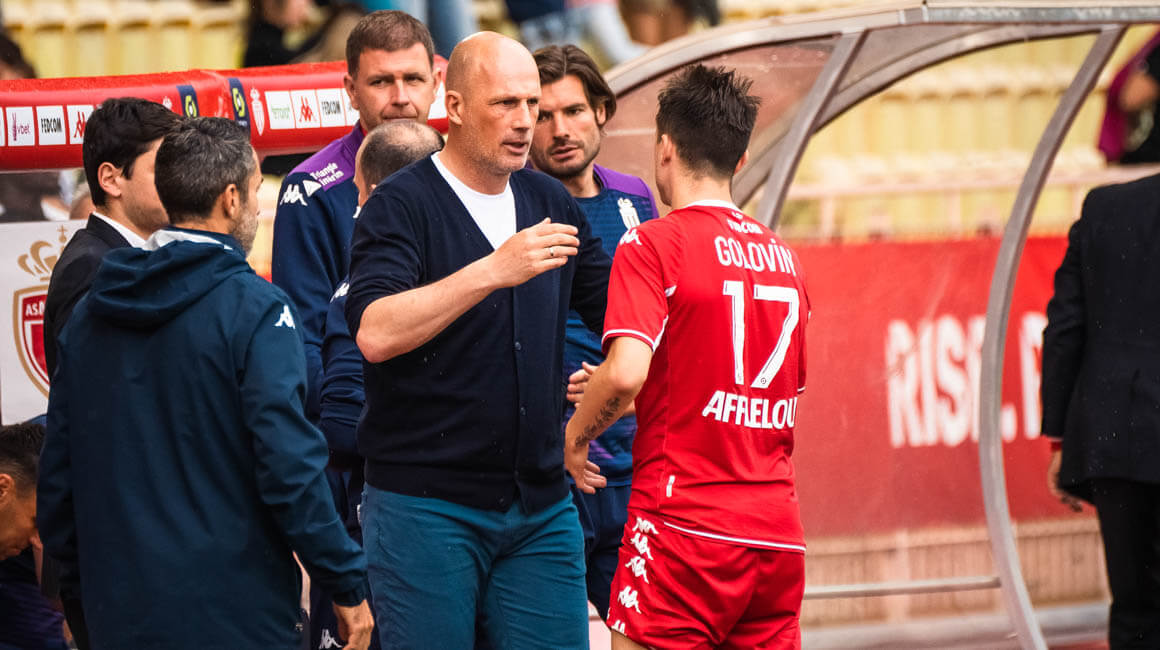