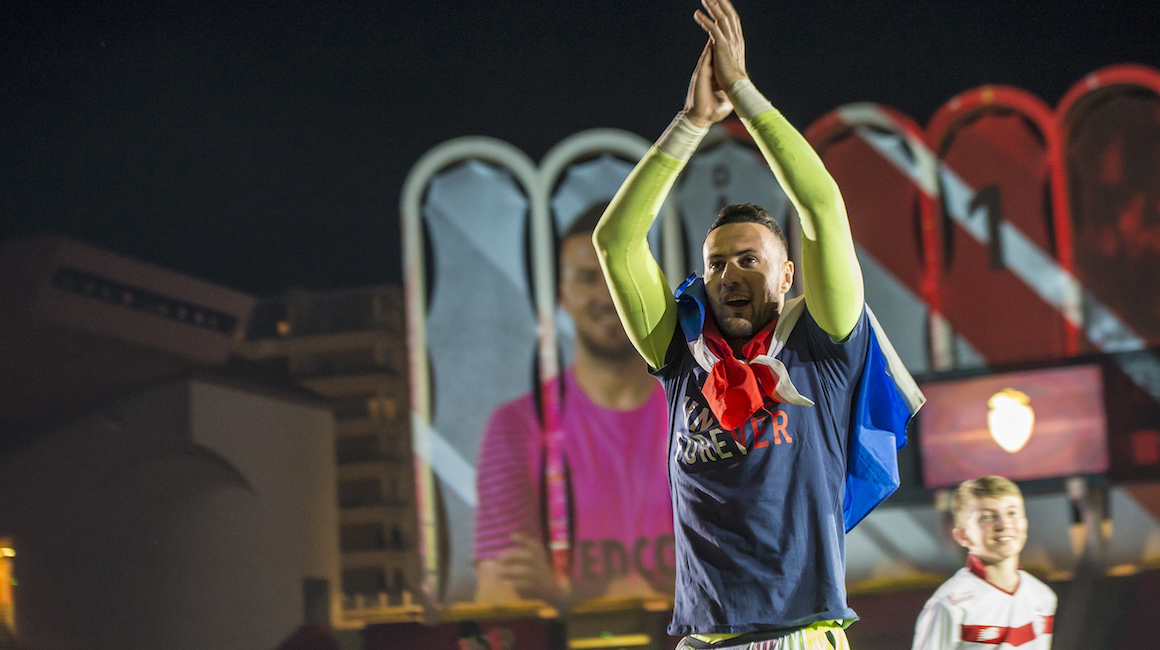 AS Monaco announce the end of Danijel Subasic's time at the club, his contract is set to expire on 30 June. With almost 300 matches played in the Principality, the Croatian has been a major player in AS Monaco's success over the last eight years and is one of the best goalkeepers in the club's history.

Danijel Subasic, who joined AS Monaco from Hadjuk Split in January 2012, has played 292 matches for Monaco, including 25 in the Champions League, and has been involved in every stage of the club’s progress over the past decade.
The slender goalkeeper (1.91m) is the ranks second among goalkeepers in matches played with AS Monaco, behind Jean-Luc Ettori.

One of the first recruits following the arrival of president Dmitry Rybolovlev, the Croatian keeper quickly established himself as the Red and Whites’ first-choice ‘keeper.
Quick off his line in penalty shoot-outs, agile with both feet and even a goal-scorer from a free-kick against Boulogne-sur-Mer in 2012, Danijel Subasic was crowned the best goalkeeper in Ligue 1 in 2017.

In that season, the Croatian international goalkeeper won the Ligue 1 title, four years after winning the Ligue 2 title, and advanced to the Champions League semi-finals.
A year later, Subasic helped Croatia reach the World Cup final, stopping four penalties during the competition.

A valued team-mate, the native of Zadar will remain an iconic figure of the last ten years and one of the best goalkeepers in the history of AS Monaco.
The entire Club thanks him for all his years of service and wishes him all the best for the future.

I congratulate Danijel for his exceptional career with AS Monaco. He arrived at the beginning of the project when we were still in the second division and has risen to many challenges over the years to contribute to the great achievements of the team.
He is a great player who has demonstrated plenty of sporting quality and great strength of character here. I would like to thank him for his loyalty and for everything he has done here. Danijel will always be welcome at AS Monaco.
Dmitry RybolovlevPresident AS Monaco

At 35, with 292 appearances for AS Monaco, Danijel Subasic is the second most-capped goalkeeper in the club’s history. He ranks behind Jean-Luc Ettori (754) and ahead of Flavio Roma (249).
Known for his ability off his line in penalty shoot-outs, he is one of three goalkeepers to have stopped at least 4 penalties in the World Cup, along with Sergio Goycochea and Harald Schumacher.