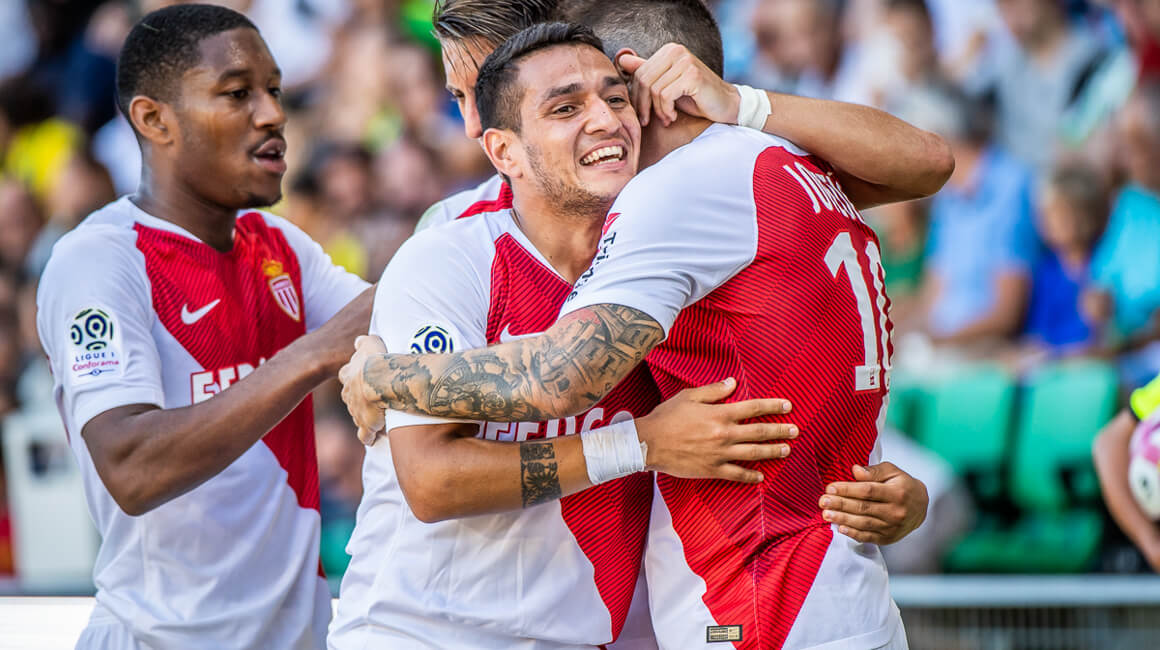 AS Monaco will host Olympique Lyonnais this Friday at 8:45 at the Stade Louis-II for the opening of the season. We take the opportunity to remember the "first days" of the Red and White since the 2002/2003 season and the establishment of Ligue 1.

Since the formation of Ligue 1 in its current form, AS Monaco has participated in fifteen seasons in the top flight. In fifteen seasons, the Red and White won their first league game ten times, with only three defeats and two draws. Even better, our team has lost only once during opening day since the 2013/2014 season. The record since promotion back to Ligue 1 in 2013 has been very positive with a total of four wins, one draw and one loss.

AS Monaco were victorious in the match against Sampdoria with a score of one goal to zero, and won the Philipp Plein Cup. Radamel Falcao scored the winning goal. We particularly remember hosting Paris Saint-Germain in 2008 (1-0 victory), a trip to Lyon in 2010 (0-0 draw), and the short trip to Nice in 2015 (1-2 victory).

2013: The Premiere Falcao at Bordeaux

For other reasons, some of these first games also stand out.

In 2013, in his first match in Ligue 1 after two years of purgatory in Ligue 2, Radamel Falcao played his first official match with the red and white. In this match against Bordeaux, Falcao found the back of the net in a series of goals.

The following season, Leonardo Jardim had a much tougher start against FC Lorient. While Radamel Falcao scored again in the opening match, Merlus surprised the Louis-II by winning 1-2. That evening, in the goal for the Breton club, a young goalkeeper named Benjamin Lecomte made his first steps as a starter.

In 2015/2016, the second season with the Portuguese manager at the head of the team, AS Monaco defeated OGC Nice at the Allianz-Riviera. On loan at OGC Nice that season, Valere Germain opened the scoring without celebrating the goal. In the second half, the Red and White made the difference through Bernardo Silva (51st) and Layvin Kurzawa (62nd). Nine months after this victorious derby, the Red and White finished the season in third place, thus qualifying for the third preliminary round of the Champions League.

AS Monaco finally conceded a draw at home against Guingamp to open the title season in 2016/2017. The team did bring home a beautiful victory from Nantes on August 11, 2018 (1-3), again with an opening goal from Radamel Falcao, who seems particularly fond of these opening matches.

Even if the following days have been much more complicated for our Red and White, they will have the opportunity to open the 2019/2020 season definitively this Friday night against OL. See you at 8:45 pm at the Stade Louis-II for the big return of Ligue 1!