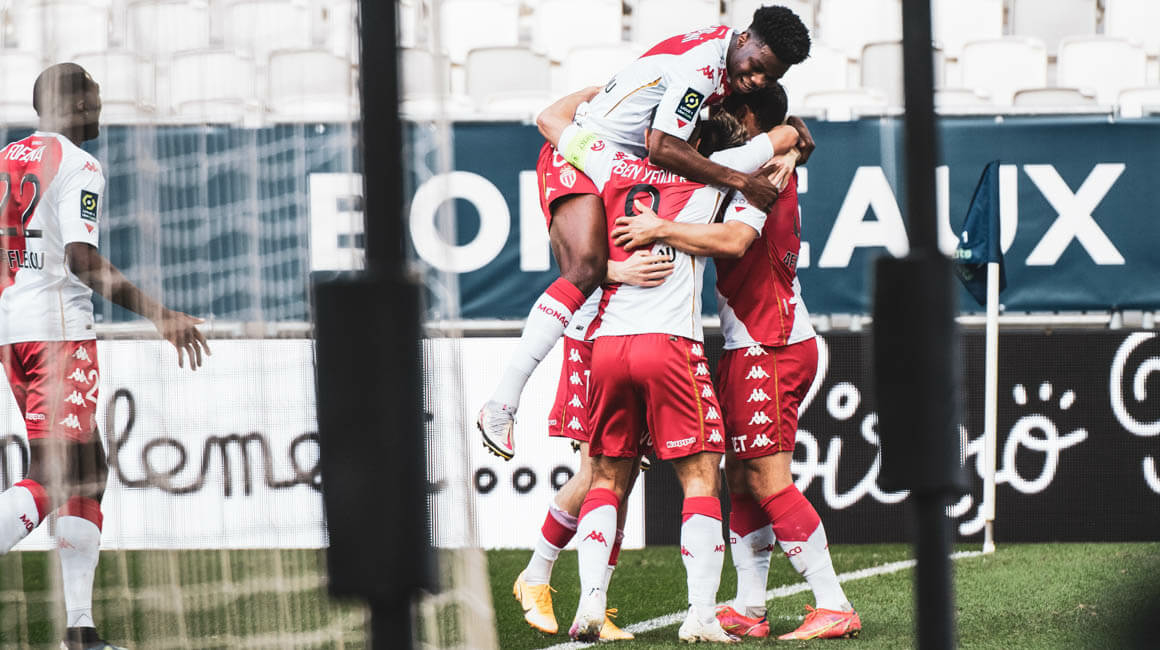 Starting the match well and opening the scoring after half an hour of play, the players of AS Monaco recorded their a 21st victory this season and their fifth clean sheet in a row in Gironde (0-3).

To start what would be a decisive encounter in the race for Europe, after a draw by Lille, Niko Kovac decided to set up with his 4-4-2 hybrid again in Bordeaux. Gelson Martins and Aleksandr Golovin started on the flanks, while Benoît Badiashile was back among the Monegasque eleven. 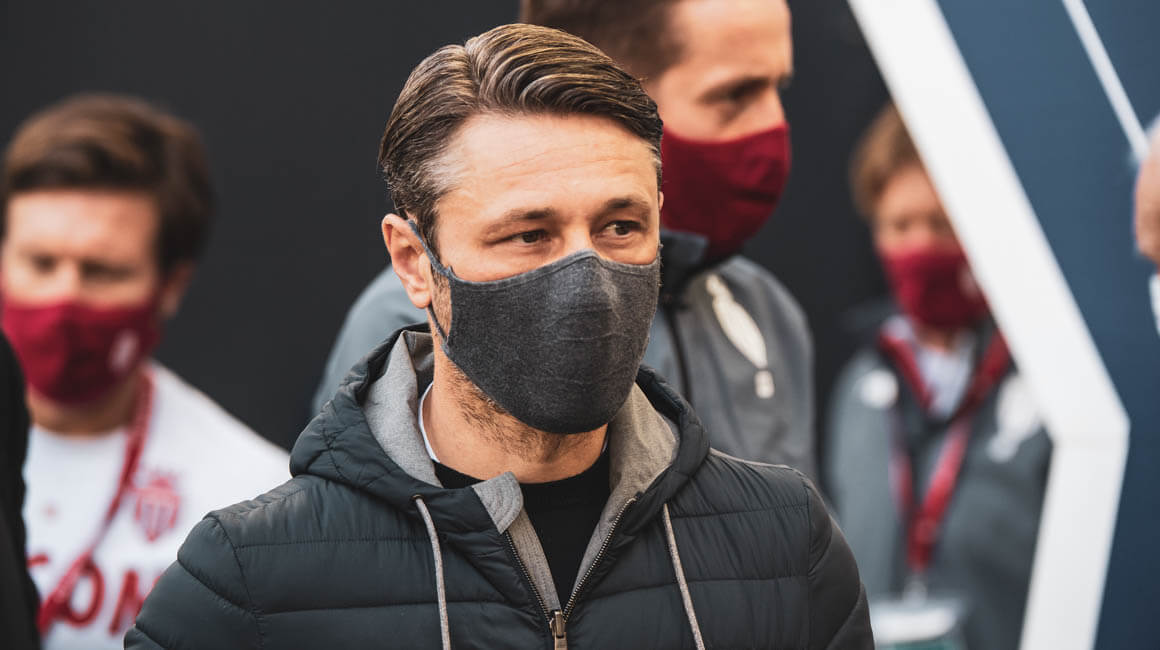 An ideal start to the match

The start of the match was completely controlled by the Rouge et Blanc, who made a dangerous first foray into the Bordeaux area on a pass by Wissam Ben Yedder for Kevin Volland, who could not find the target (5th). Aleksandr Golovin finally had the game’s first attempt on goal from his captain, again doing well, the Russian international unfortunately came up short against Benoît Costil from close range (15th).

There was no more success for the Tsar, either, on his second attempt, a few seconds later, and though the rebound fell to Aurélien Tchouameni, the midfielder’s effort went high. (17th). Les Girondins then suffered a tough blow, losing their captain, Laurent Koscielny, to injury (22nd). The necessary reorganization was problematic for the hosts, who did their best to withstand the pressure men of Niko Kovac. After a superb pass from Benoît Badiashile from the back, Wissam Ben Yedder found his friend and  “Yedderland” partner. 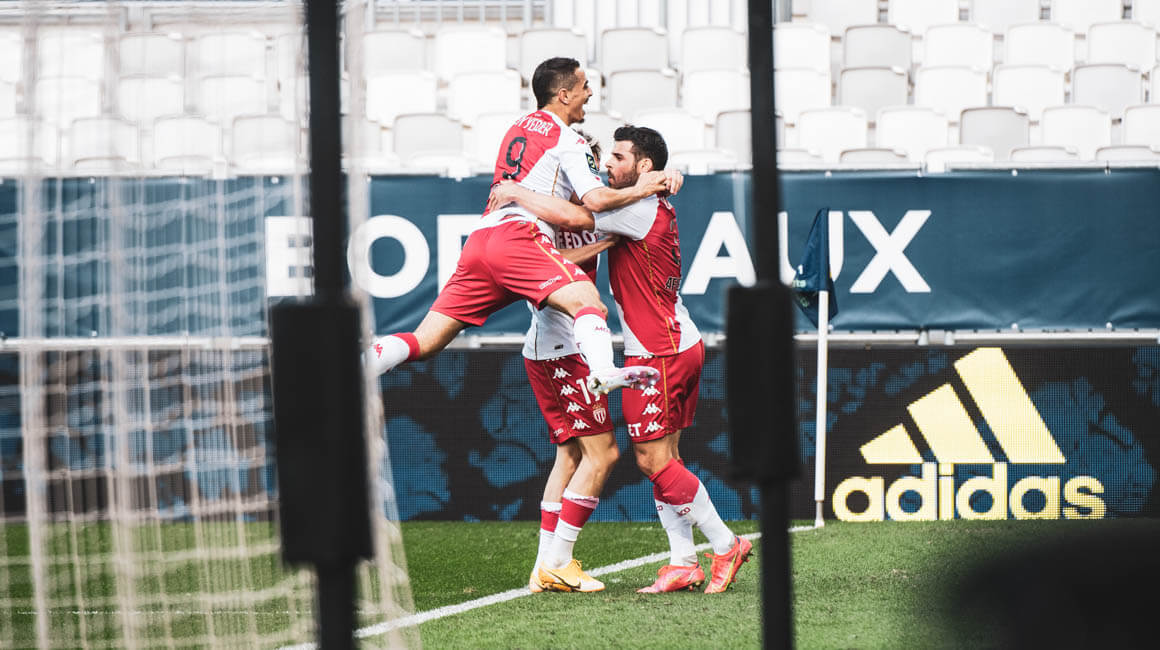 The duo of Ben Yedder – Volland is again decisive

Kevin Volland, whose skill in running on to the ball was perfect, turned Paul Baysse and opened his right foot to slot a magnificent shot in across goal (0-1, 29th). It was the German striker’s 15th goal in Ligue 1 this season, and the 5th assist from the Côte d’Azur side’s captain. Les Girondins tried to react before the break, from a corner, but to no avail.  The Monegasques, of course, did little to allow their opponents room to breathe, with their average position, well back of the halfway line.

Upon returning from the locker room, Aurélien Tchouameni’s partners did not loosen their grip. On the contrary, winning an aerial duel, the U21 French international was alone in midfield. The former Bordeaux player then sent in Gelson Martins with a ball over the top, and the winger would wins his one-to-one with Benoît Costil (0-2, 47th). It was blow for Les Girondins, who were already in a tricky situation in the league (16th place at kick-off), but nor did AS Monaco stop there. 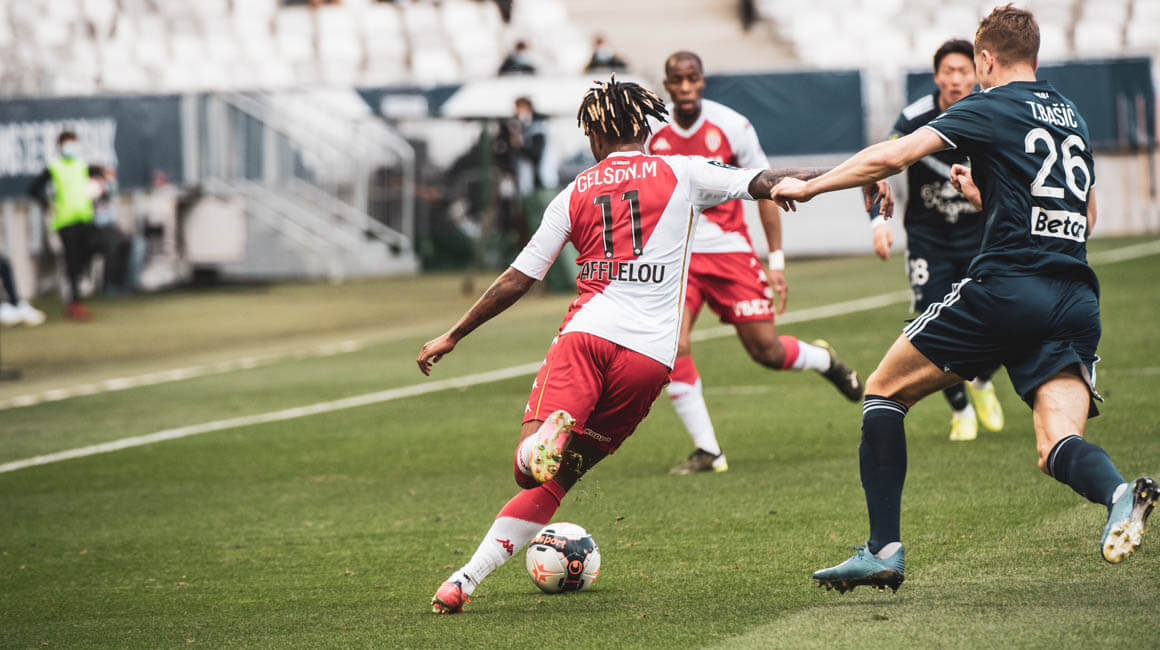 A well-managed second half

Aleksandr Golovin was well played in by Kevin Volland, but this time the Bordeaux goalkeeper was vigilant (55th). And for good reason, as despite a two-goal advantage, Niko Kovac urged his men to continue playing and pushing for more. The Rouge et Blanc came close to being surprised by a double effort from Nicolas De Préville, who had just come on, but he came up short against Benjamin Lecomte (65th), just before the Monegasque coach made his own changes.

Stevan Jovetic and Sofiane Diop joined the fray, and were soon on the verge of adding another goal (68th). There seemed to be a clear foul on the young French winger, but the match referee did not consult VAR. Regardless, AS Monaco were in control and Aurélien Tchouameni even tried his luck from afar (76th). Just after that, however, the men of Niko Kovac were rattled by a volley from Nicolas De Préville, which smashed against the post of Benjamin Lecomte (77th). 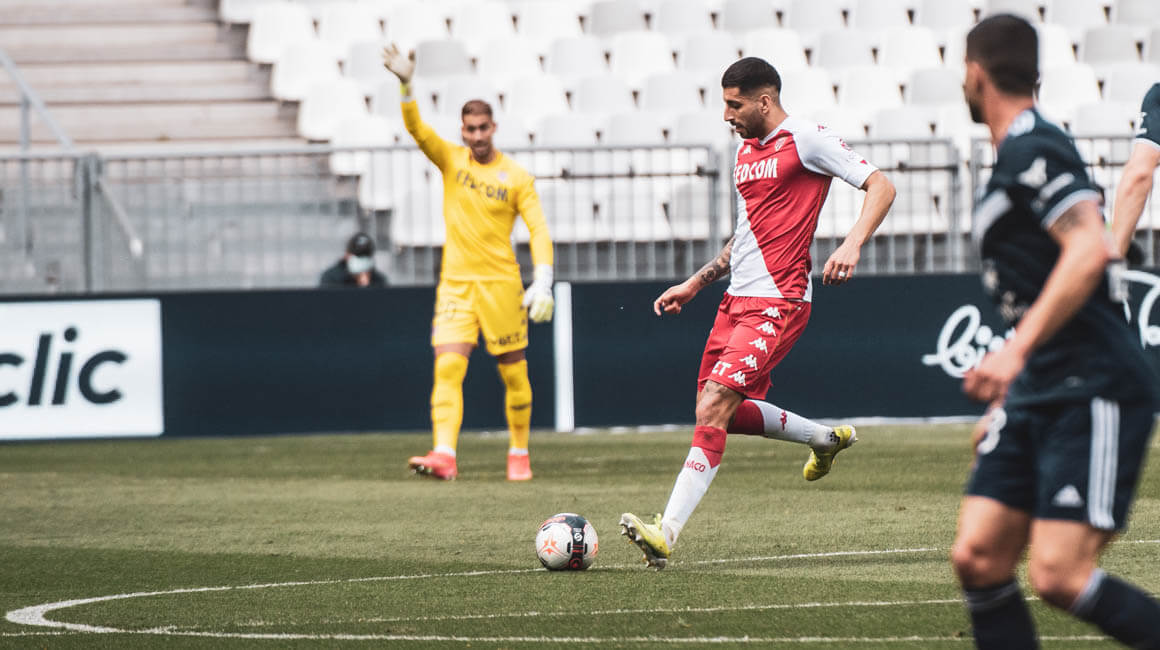 A European place is confirmed

Then came another effort from the hosts, this time a strike from Toma Basic, following a loss of the ball. It wasn’t an effort that made much difference for the Rouge et Blanc, however, as they would soon also benefit from Tom Lacoux being sent off (78th). A few more technical displays gave more verve to the end of the game, even if the outcome was never in doubt. It was even confirmed at the end of normal time as Stevan Jovetić, scored the third on a sublime assist from the head of Sofiane Diop (0-3, 90th). AS Monaco thus won their 21st Ligue 1 match of the season, while also recording their fifth clean sheet for the fifth time in a row.

The victory secures fourth place, at least, thanks to a draw by Lens (15 points ahead with 5 rounds remaining, +32 goal difference compared to +7). It continues to be an incredible run for the top flight’s best team of 2021, who will meet Olympique Lyonnais on Wednesday in the Coupe de France quarterfinals, hoping to get a little closer to a title that has eluded the Principality club since 1991.