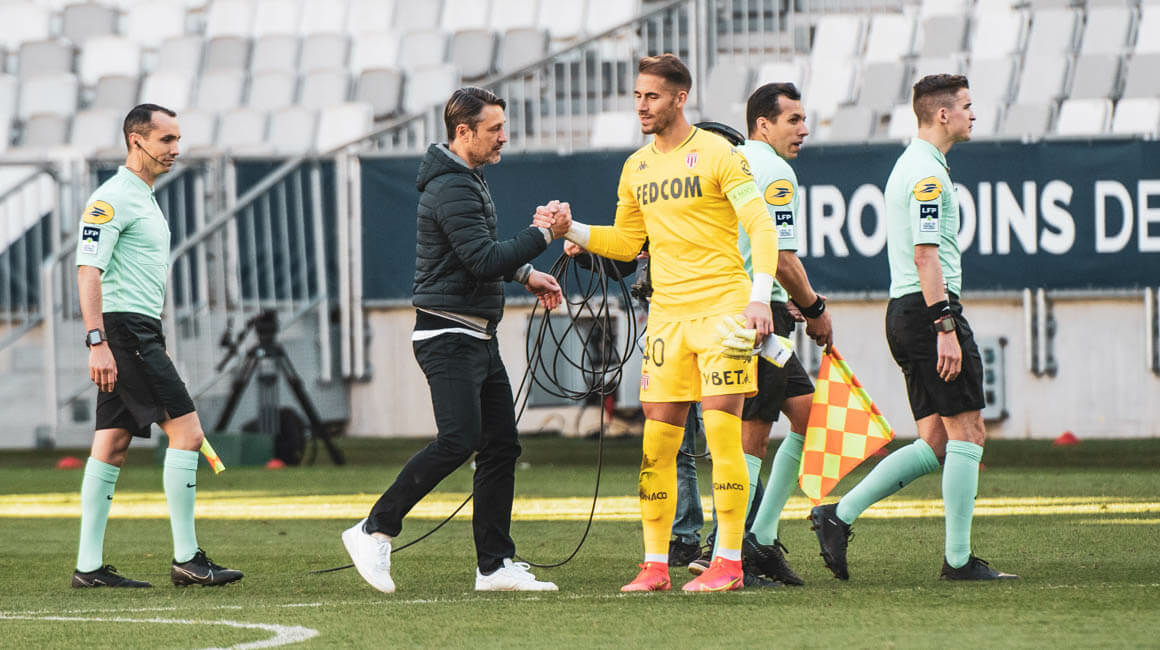 At the end of AS Monaco's 21st victory of the league campaign in Bordeaux (0-3), their fourth by at least three goals, the Monegasque manager spoke of the Rouge et Blanc's ambitions for the end of the season in a post-match press conference.

Thanks to 90 minutes of controlling the match, Niko Kovac’s men relied on a solid collective effort to gain the upper hand over against Girondins de Bordeaux (3-0). This victory, their fourth in as many games, consolidated third place and all but confirmed a top four finish thanks to a very favorable goal difference (+32 against +7 for Lens), a European place. It thus does perfectly to start another week with three matches for the Monegasques, with a trip to Lyon in the Coupe de France and then another to Angers in the league. Here is the reaction of the Monegasque coach, satisfied to once again take home all three points. 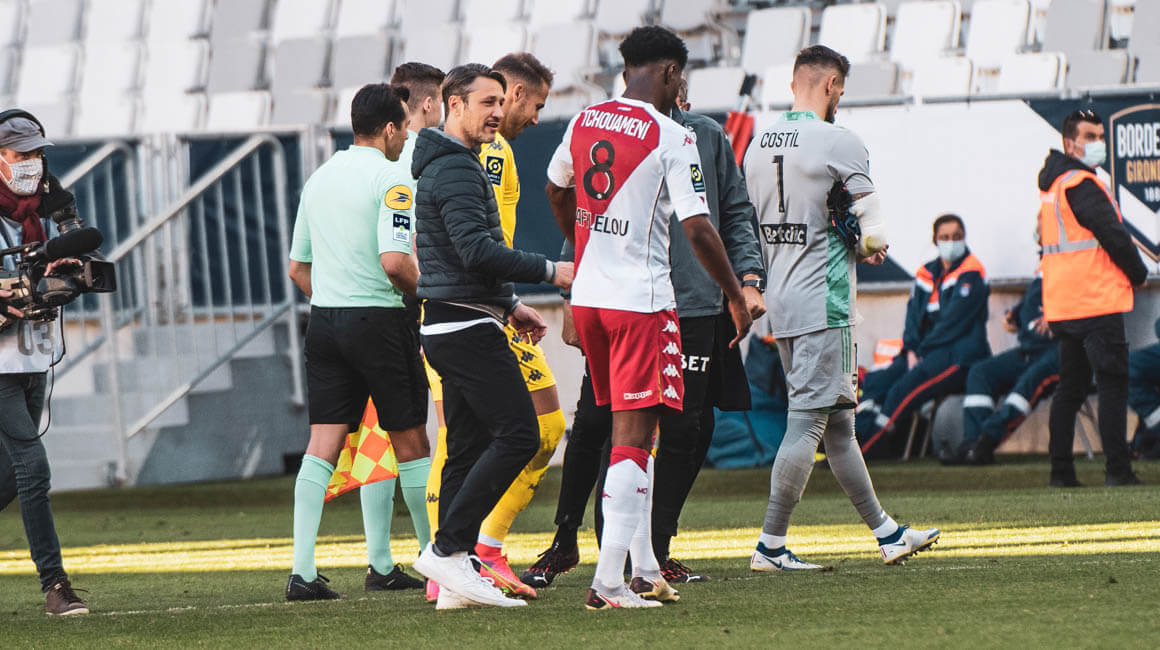 I would like to take my hat off to my players who have performed well. We did our job and 4th place is now sealed.
Niko KovacManager, AS Monaco

Good evening Niko. It seems like this match was much like the one against Saint-Etienne, no? What do you think?

I would say that this match does indeed resembles that against Saint-Etienne (a 4-0 victory). Bordeaux were expecting some mistakes from us. I think we dominated our opponent well in the first half in particular. We created a lot of opportunities, and we managed to score. This is a good thing. In the second half, after the second goal, we dropped deeper and played with a little more caution. I would like to take my hat off to my players who have performed well. We did our job and 4th place is now sealed.

What are you going to aim for now?

With a place in the Europa League now having been acquired, things have changed. As I had said previously, if we were able to achieve this goal, we could aim higher. There are many possibilities. We can finish on the podium, finish 2nd or finish 1st. We’ll see. The most important thing is to win our matches, as we have been doing so far. There are tough opponents that we will have to face like Lyon, Rennes or Lens. If we are able to beat these teams, we will be able to look higher up the table. 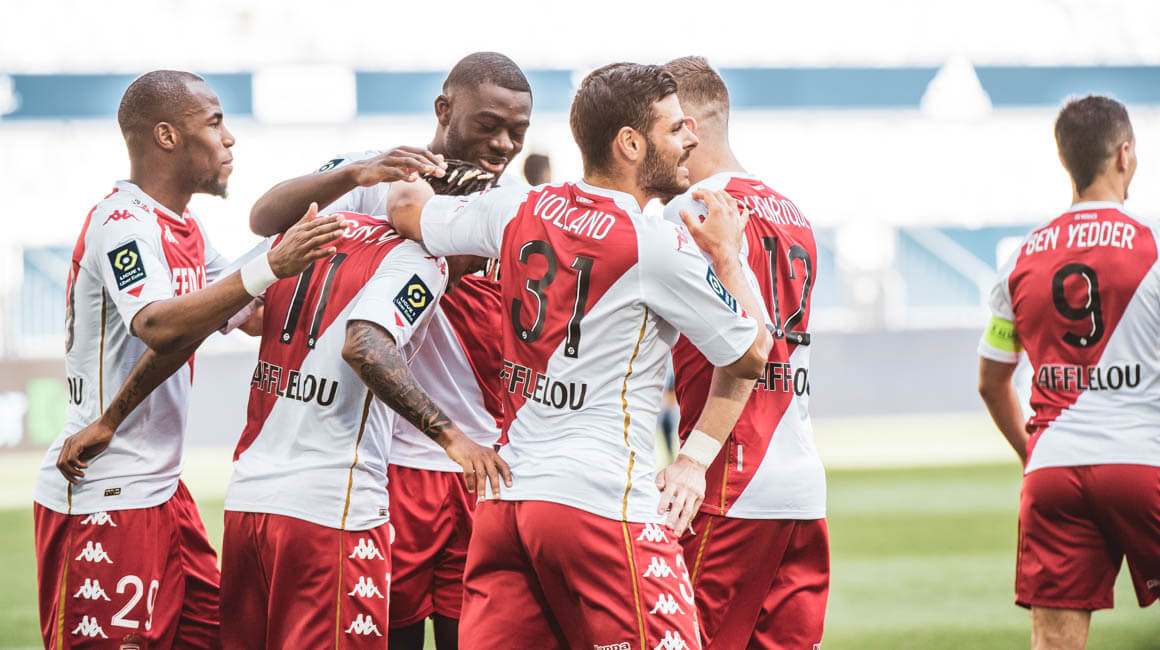 Are you superstitious and afraid that your players will lose sight of their goals by speaking a little too positively?

I saw that in some interviews the players said they wanted more. Their performances have been good so far, and I would prefer to continue like this. As the coach and with my staff, we will do everything to maintain this high pace and get victories. This is the most important thing.

If we can go higher, why not? We will do everything to achieve this. What matters to me today is to recognize the performance of my players -- I am very proud of their progress.
Niko KovacManager, AS Monaco

Are you in the perfect position to challenge for the title?

No — Lille are in first place, so they have their destiny in their hands. If they don’t drop any points, they will secure the title. What we want is to focus on our matches and win them. If we can go higher, why not? We will do everything to achieve this. What matters to me today is to recognize the performance of my players — I am very proud of their progress.

I think if at the start of the season we had been told we would bethere, nobody would have believed it. We are third and still in the race for the Coupe de France, I am very satisfied with the season of my players. If we can go further, we will do our best.

You started Wissam, is it impossible to play him with Stevan and Kevin from the start?

I understand your question, but we have to find a balance. We have two very good goalscorers with Wissam and Jove’ in the squad. Our progress has been mainly defensive in the second part of the season. We’ve found a good balance. The wingers track back well and helping our defense. It’s an improvement that took a lot of effort.

I don’t think it would make much sense to put Wissam, Kevin and Jove together because we’ve found that balance. Kevin does a good job. He tracks back, he covers runs, he puts in a lot of effort. I think playing all three at the same time would be very difficult. 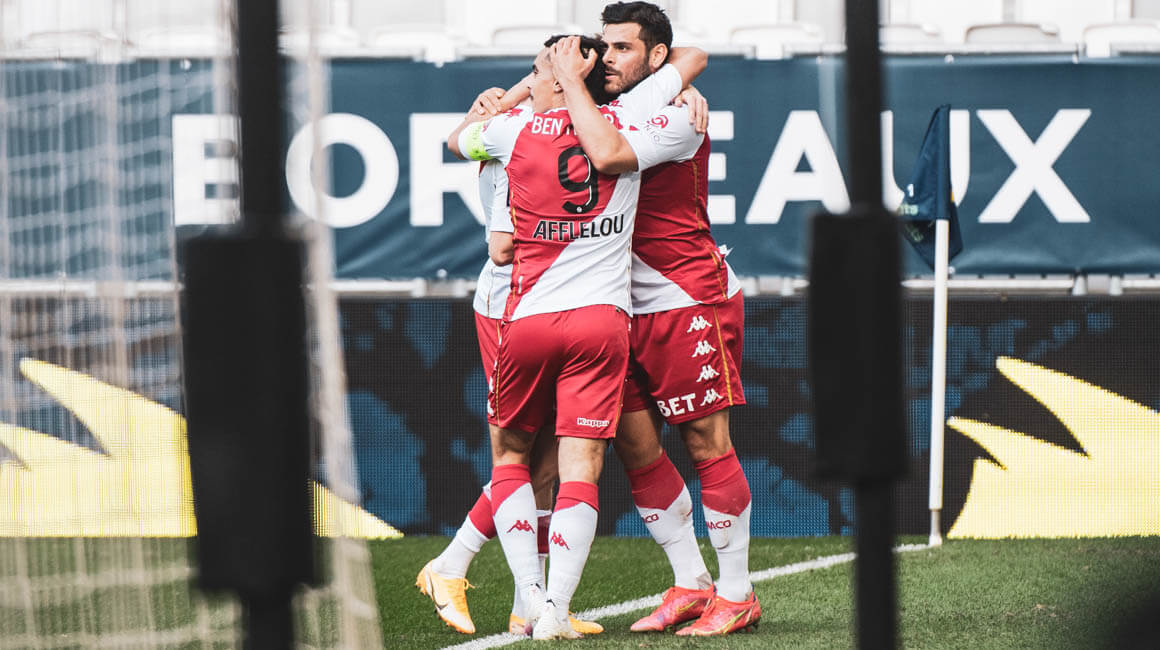 Do you think Kevin is the only untouchable player on the team?

Kevin is a player I know from the Bundesliga. Tactically, he’s a great player. He is also a goalscorer who covers a lot of ground, and who tracks back. He puts in a lot of effort centrally and does a very fine job. It’s for these reasons that I place my trust in him and keep him in the team. Offensively and defensively, he really does the job and I am very satisfied as well with Wissam’s level of performance (17 goals in the league).

Is it a problem that you have fewer options for rotation due to COVID-19?

We are living through challenging times in the world. It affects football. We are physically very well prepared. We do our best in training. We have several dressing rooms to help separate the players. It’s true that we could have had more rotation this week. But I have confidence my players will be play to three matches in a week. 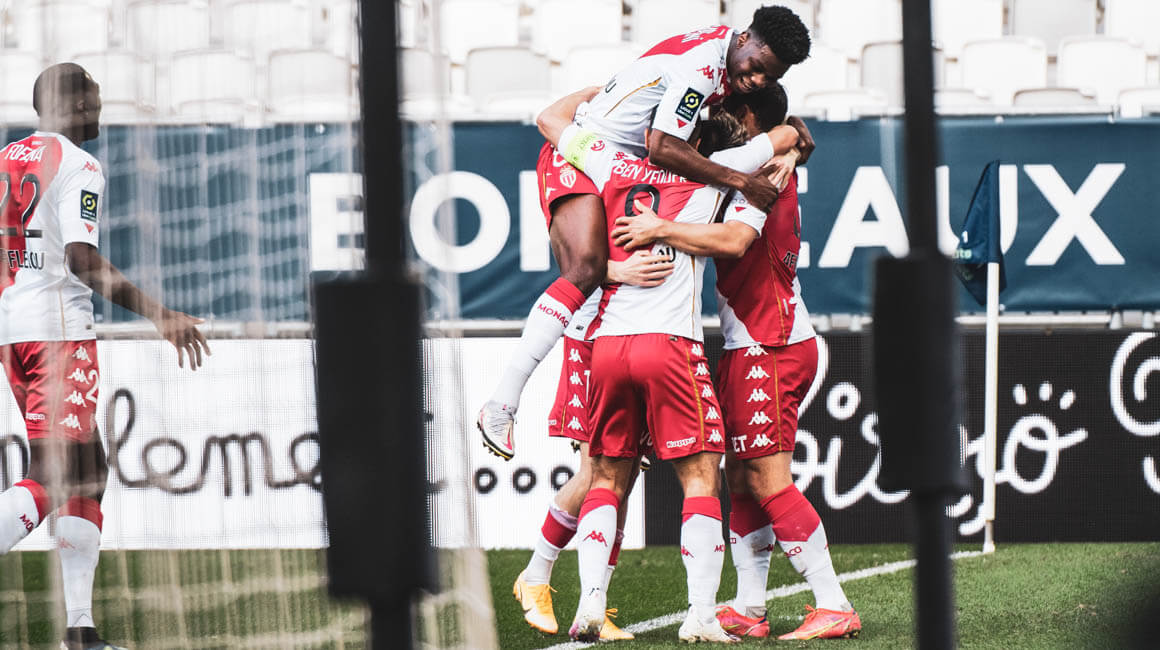 I am not aware of everything that has happened today. I am focused on Ligue 1 and the Coupe de France. For AS Monaco, I will already be delighted if we can play in the Champions League next season.