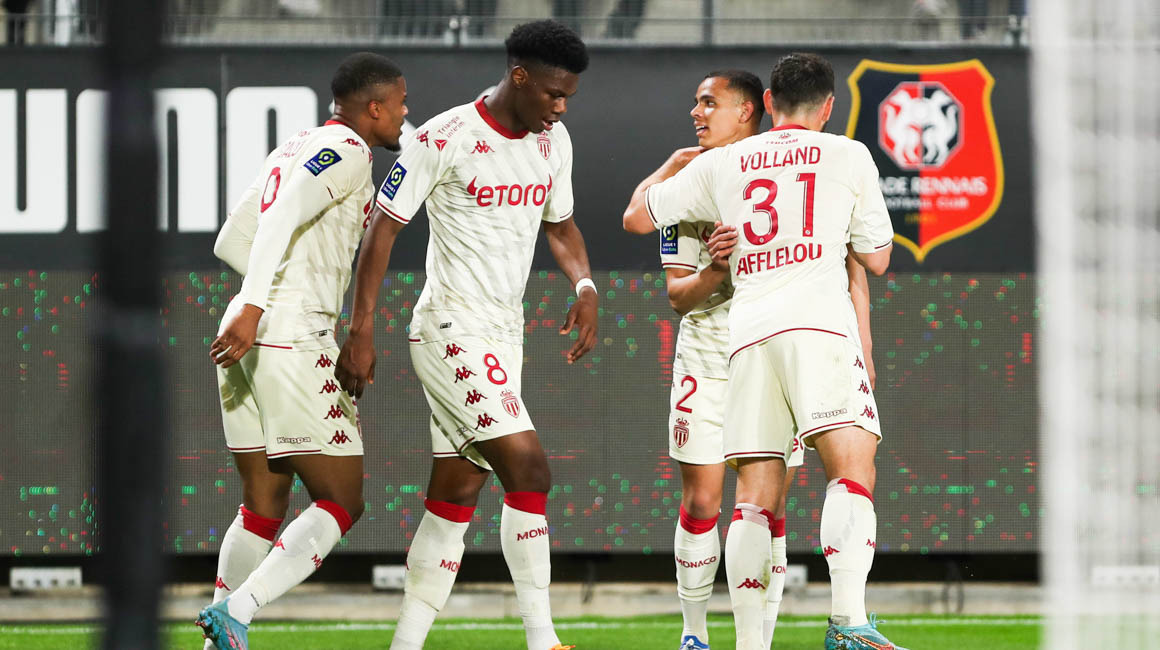 Symbols of a very good Monegasque performance in Rennes this Friday (3-2), Vanderson and Aurélien Tchouameni appear in L'Équipe's team of the round for Matchday 32 in Ligue 1.

They seem to never leave the L’Equipe team of the round! After Caio Henrique last week, AS Monaco are again well-represented in the best eleven sleected by the sports daily after this 32nd round of the league. This time it was Vanderson and Aurélien Tchouameni who have been selected after the team’s victory in Rennes (3-2).

For me it's difficult to pick out a player because everyone was good, especially the substitutes. But Vanderson is a young player with a lot of intelligence. He already understands French, he is always at the service of the team, no matter what position I put him in, and he is growing with each match.
Philippe ClementManager, AS Monaco

The Brazilian was well rewarded for his superb match, in which he was decisive twice, since he had equalized in the 12th minute with a powerful shot across goal, his second in Ligue 1 since his arrival in January. Then, he turned provider to set up the third goal for Myron Boadu, which helped seal victory on Breton soil (77′).

According to a statistic by our partner Opta, at 20 years and 298 days, Vanderson has also become the youngest AS Monaco player to both score and assist in a Ligue 1 match since Kylian Mbappé, on December 3, 2016 against Bastia (17 years and 349 days).

If many other Monegasques could also have been rewarded, in particular Kevin Volland, who was given a score of 7, it was Aurélien Tchouameni who logically takes a place in the team for the 5th time this season. With 10 recoveries and a 92%  passing rate, the French international once again impressed in the midfield alongside Youssouf Fofana. So for this superb performance, bravo to the both of them!

L’Equipe’s team of the round for Matchday 32: 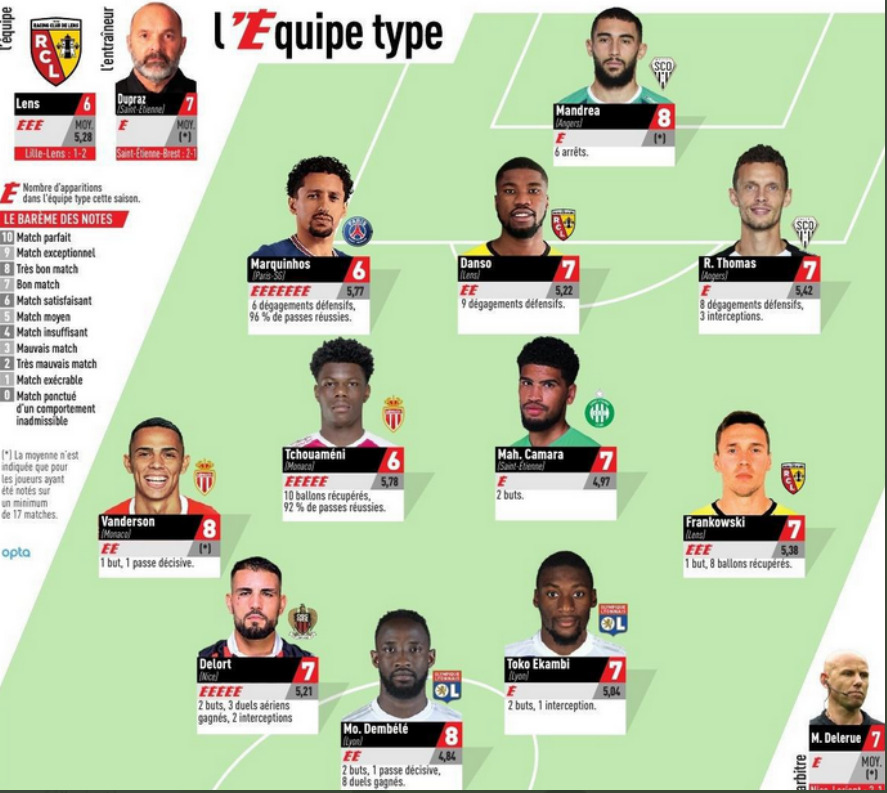