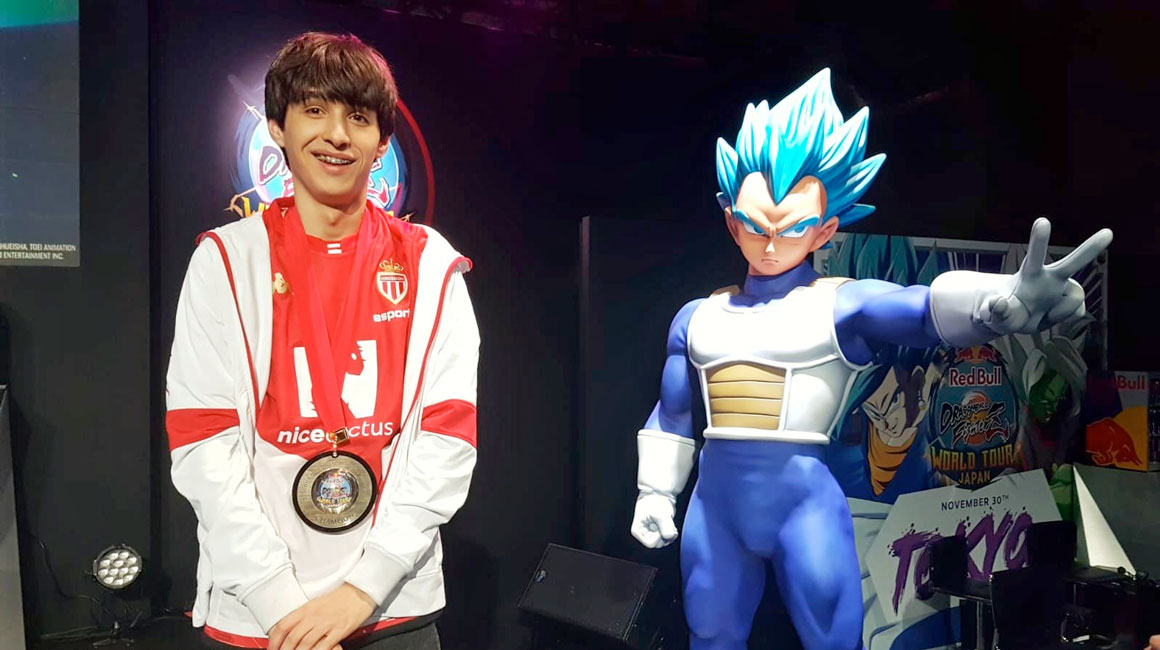 After winning the UFA 2019 in Paris on Dragon Ball Fighter Z last October, Marwan Berthe aka "Wawa" has impressed once again this weekend by winning the Redbull Japan Saga Event !

On Saturday, November 30th  Japan the last qualifying stage for the World Tour Finals on Dragon Ball Fighter Z were held. Already qualified, our player Wawa made the trip, determined to confirm his status as a young prodigy.

From the beginning of the competition, Wawa hits hard and does not concede any matches to his opponents during the group stages. He climbed to the Winner’s Bracket Finals where he met Kazunoko, a renowned Japanese player and the reigning world champion, who put him in trouble for the first time in this tournament.

Despite his young age, Marwan redoubled his efforts and reached the Grand Final, where he again met Kazunoko, and finally won 3 to 1 then 3 to 2! It was an historic victory for Wawa that proves us more than ever to be a serious challenger for the world title.

Indeed, now in 4th place in the international ranking, our French player is today at a level of being able to win in the World Tour Finals, whose date should be announced in the coming weeks. Let’s go Wawa!