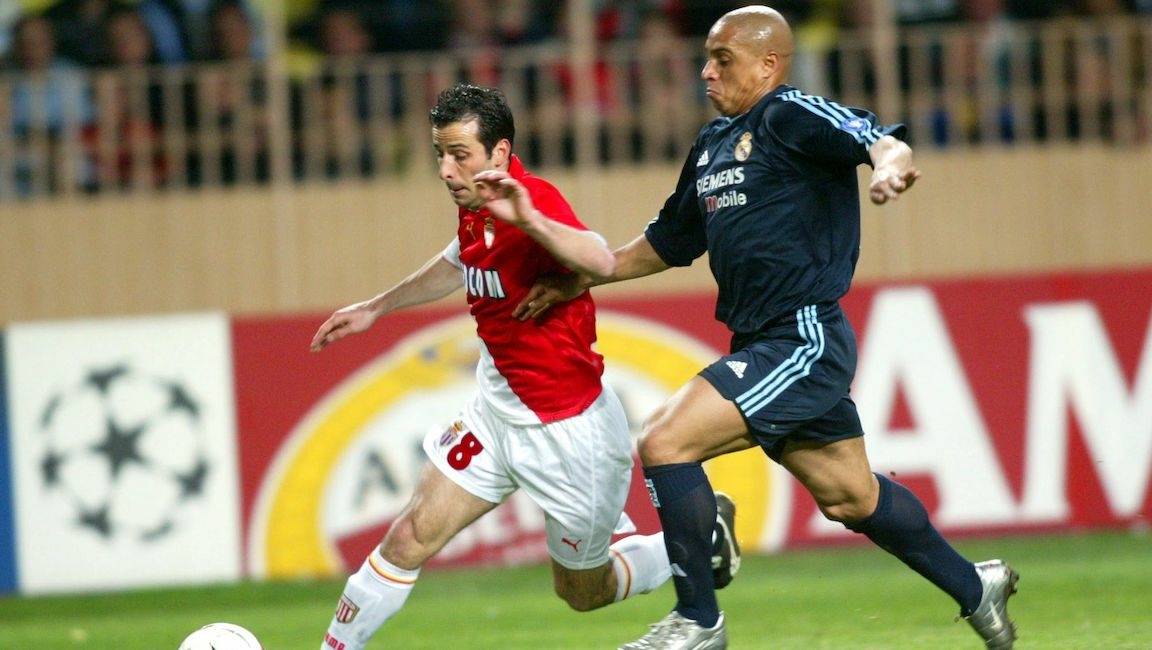 18 years ago to the day, AS Monaco hosted the "Galacticos" at the Stade Louis-II, in a Champions League quarterfinal second leg. Here's a look back at the legendary victory won by Didier Deschamps' side.

Since the 1990s, AS Monaco has had several fine European runs; it’s hard to pick just one. But certainly, the formidable run of 2003-2004 tops the list. Having arrived in 2001 to start his coaching career on the Rock, Didier Deschamps had this season a renowned team with a particularly charming asset — a magical attacking duo of Ludovic Giuly and Fernando Morientes! 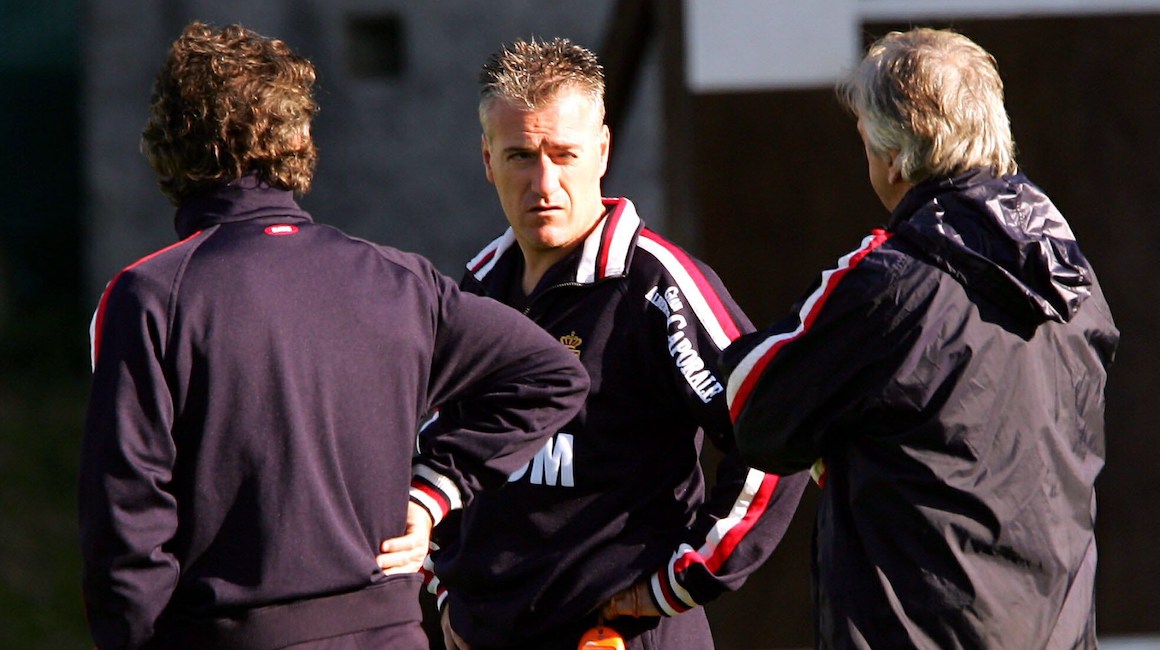 A slight misstep in Madrid

First in the Ligue 1 table, AS Monaco had experienced a slight drop since the end of the winter break. This was nevertheless offset by a spectacular rise in the Champions League (qualification following the group stage and elimination of CSKA Moscow in the round of 16).

Then came a trip to the mythical Santiago Bernabeu. Fernando Morientes and his teammates played well but lost, 4-2, against Los Merengues in the Spanish capital. Toto Squillaci did not know it yet, but his reduction of the deficit at the end of the match would weigh very heavily in the balance…

At the start of the return leg, the Stade Louis-II was nevertheless sold out for this gala match. Everyone came to see the European giant and itshis host of stars play: Zidane, Ronaldo, Raul, Figo, Beckham, Roberto Carlos. It must be said that this great Real Madrid already had nine continental titles. The “Galacticos” were on historic run in the Champions League, nine consecutive games without defeat.

The Monegasque underdogs has plenty of chances in the first half. However, Raùl, played in at the edge of the area by Ronaldo, dampened the hopes of the Rouge et Blanc in the 35th minute of the game, with a curling shot with his left foot. 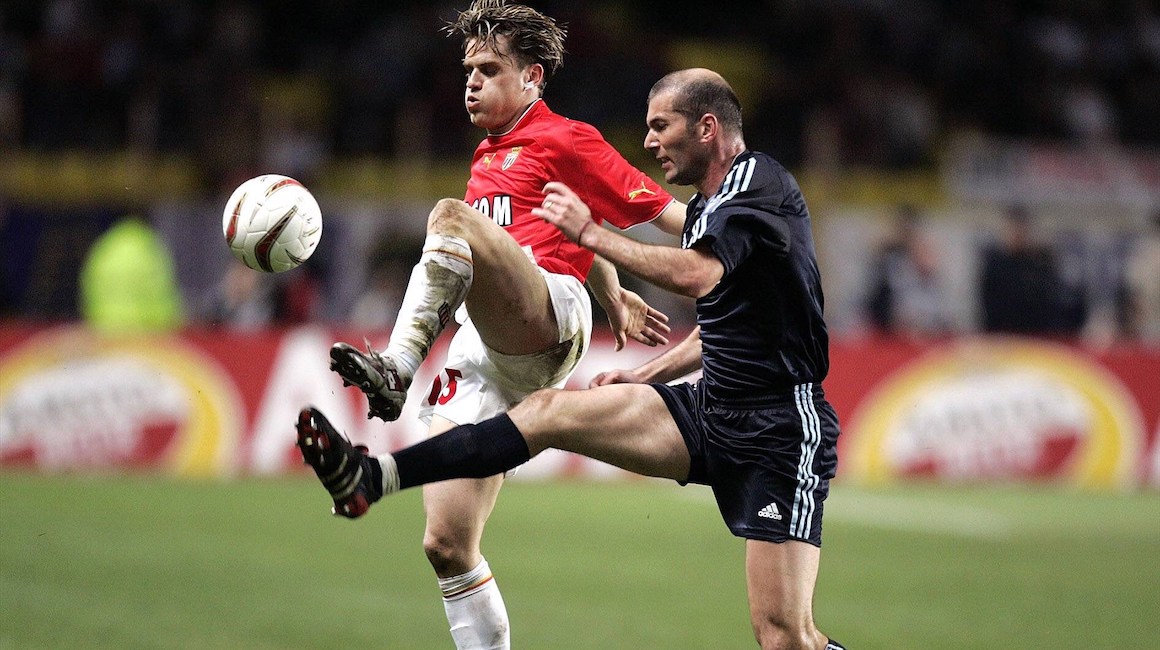 Hopes dashed? No way. A few minutes later, Monaco captain Ludovic Giuly attempted a volley from outside the penalty area. Slightly deflected, it ended up in Iker Casillas’ net (1-1, 45′). The match then took a completely different turn. With a masterful header after returning from the locker room, Fernando Morientes revived AS Monaco’s hopes of qualification (2-1, 48′).

The Stade Louis-II exploded and felt a chance for a resounding win. The striker, on loan from Real, scored his seventh goal in the Champions League that season… all with headers. In the 66th minute of play, it was again Ludovic Giuly with the assist, as the boss of the locker room, taking responsibility.

Following a superb run by Colombian right back Hugo Ibarra, he sent in, with his left foot, a low cross to his captain. The latter does not need to be given a second chance and set the Monegasque fans into a frenzy with a backheel as subtle as it was sublime, which went between the legs of Iván Helguera, leaving Madrid unable to recover.

AS Monaco then eliminated one of the biggest teams in Europe and wrote one of the most beautiful pages in its history. Regardless of the final result of the competition, the Rouge et Blanc were great and brought down the best team in Europe — an unforgettable memory. 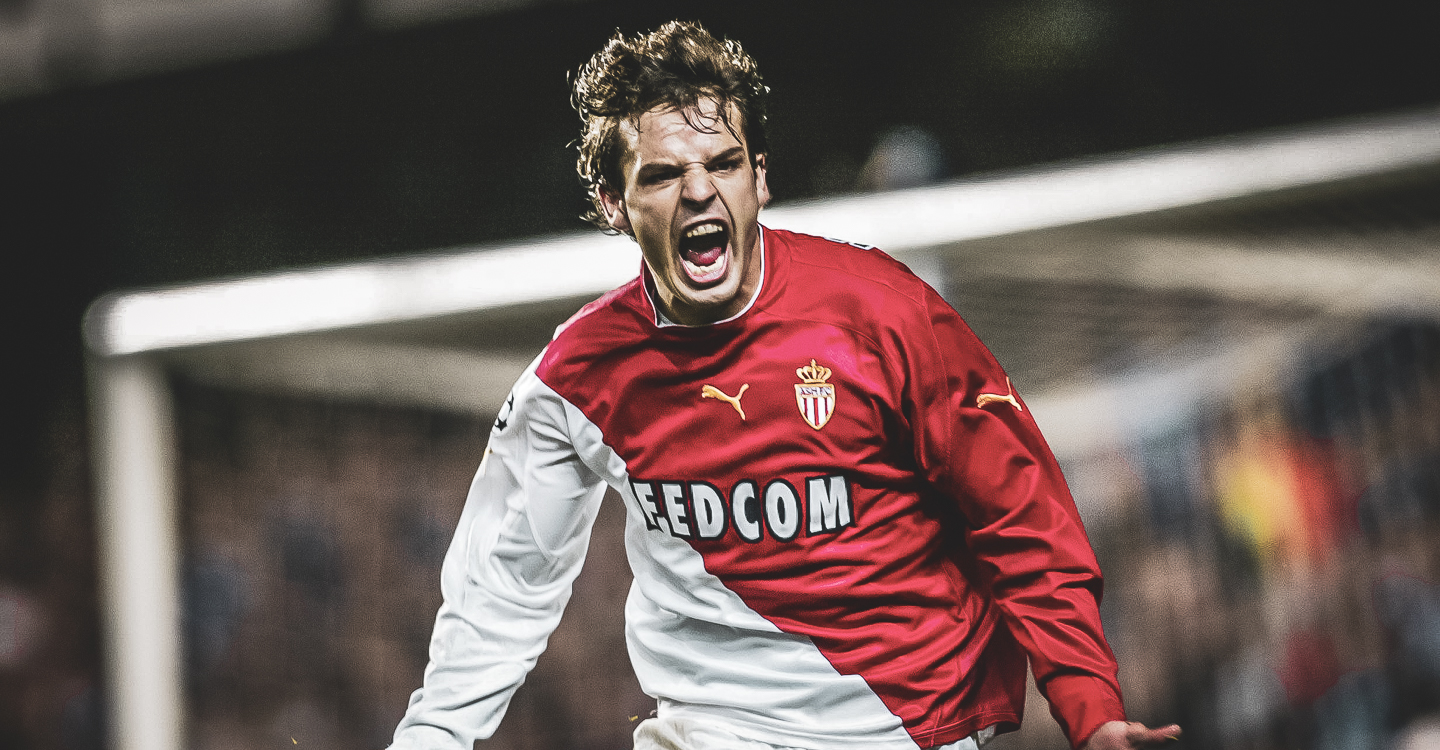 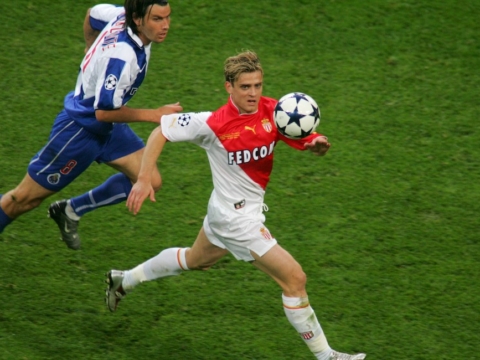 When AS Monaco played their first Champions League final